In the heart of the Jura Mountains, a strange call resounds at the end of winter. The superb silhouette of a boreal lynx slips through the beech and fir trees. He calls his female. By following the life of this couple and their kittens, we discover a world that is close to us and yet unknown... An authentic story in which chamois, eagles, foxes and ermines are the witnesses of the secret life of the biggest feline of Europe which remains threatened... A film to discover the essential role that this discreet predator occupies in our forests, the balance that it has restored in a fragile environment but also the difficulties it encounters in a landscape largely occupied by humans.

"This passion for the lynx led me to spend dozens of nights in the wild, days in a row waiting for the improbable, to follow
the improbable, following tracks, feeling markings, imagining the passage of the lynx. During years of patient tracking, I became attached to the life of this discreet feline, to its natural environment, to the ritornello of the seasons, the majesty of the trees and the extraordinary diversity of the forest's inhabitants... " - Laurent Geslin

It took nine years for director Laurent Geslin to complete his documentary film and follow a boreal lynx for many years in the heart of the Jura mountains. This wild and solitary animal appears to us here under a new light. Whether it is his search for a female to perpetuate his species. The beauty of this wild land and its fauna totally captivates us.

Whether it is the numerous aerial shots or the great care given to the photography of this documentary film, Lynx reminds us how important it is to respect nature and not to go against its normal course in order not to deteriorate an ecosystem that allows many animals to live in harmony and far from humans.  Lynx also allows us to observe many animals in their natural habitat, whether chamois, foxes, birds (grouse, southern grouse, ravens, great horned owls, woodcock, peregrine falcon), wild cats, weasels, hares, deer.

While the global pandemic of covid 19 has forever changed the way we live and discover new films by allowing the even stronger emergence of streaming platforms like Disney+, Prime Video, AppleTV+ and Netflix, it's always nice to see that excellent documentary films like Lynx deserve to be discovered in theaters and not just on a television. The immersion created by this film works even better in a theater than it does on a simple screen. In the same way, the great care taken here with the sounds makes Lynx a true cinematographic experience. While the cinema is doomed to an inevitable transformation following the important extent of streaming platforms we can only advise you to discover this film on the big screen. 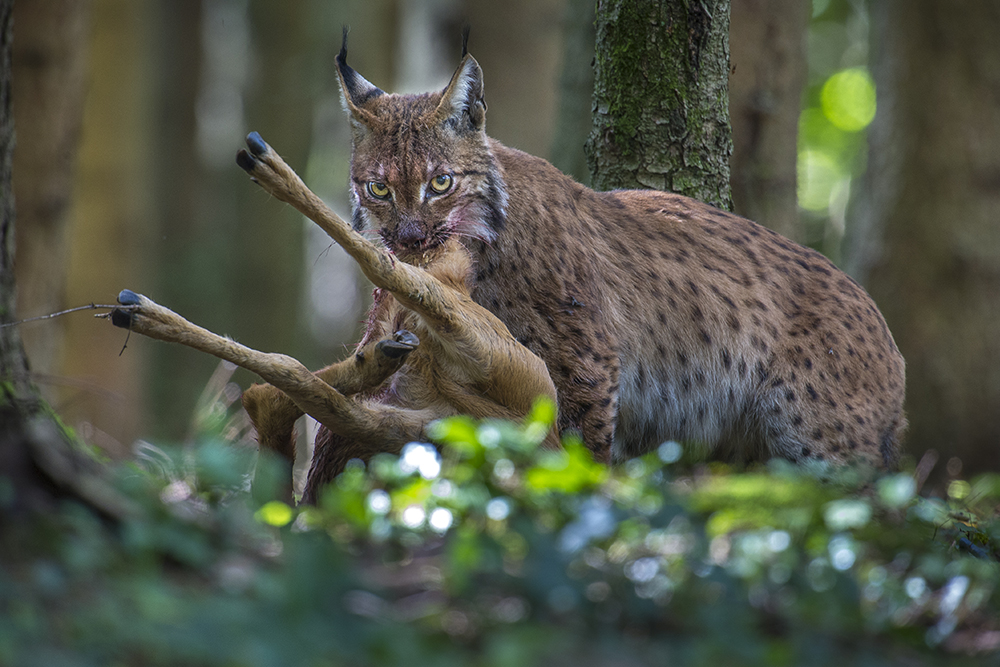 Lynx appears as a first film perfectly mastered as we feel that its director Laurent Geslin takes a subject that is close to his heart and invites the audience to realize that even in France it is possible to discover beautiful regions in which animals like Lynx occupy an important place in the balance of nature as the lion in the African fauna. We will also appreciate the educational aspect of the film in the sense that it shows that we must be attentive when we are in natural environments because we can discover all the beauty of nature.

The director Laurent Geslin is known as one of the best wildlife photographers and he is known for his numerous works on the boreal lynx and he has been published in many international magazines like National Geographic, Wildlife magazine and others. The look that he has as a photographer on the wilderness allows him to give life to a film with beautiful images and we can only advise you to discover the cinema.