When her father, a famous publisher, dies, Jeanne Drahi moves into the family home with her husband, Marcel Bellmer, a successful writer, and their daughter. But a strange young girl, Gloria, interferes in the family's life and upsets the order of things... 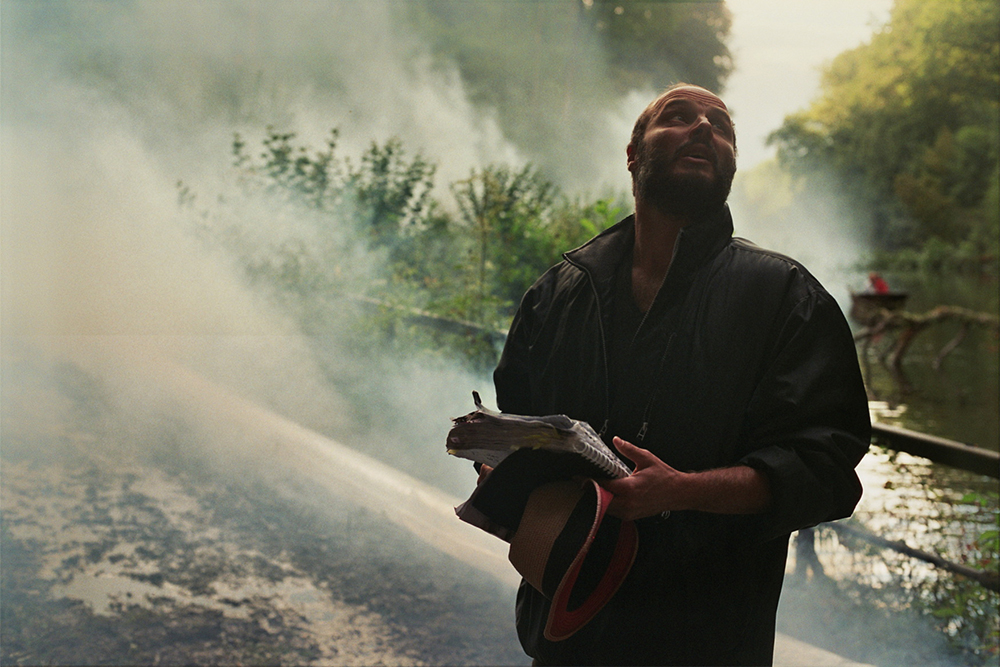 Discovered during the American Film Festival of Deauville, the film co-written and directed by Fabrice du Welz turns out to be a perfectly balanced erotic thriller that finds all the charm of the great American films of the 80s. It's impossible not to think of Alfred Hitchcock's imprint when discovering Inexorable because of this disturbing and perfectly dosed setting and especially because of a perfect casting able to hold the audience's attention without any false note.  Fabrice du Welz's eighth film after A Wonderful Love (1999), Calvary (The Ordeal) (2004), Vinyan (2008), Colt 45 (2014), Alleluia (2014), Message from the King (2016) and Adoration (2019) is certainly one of his most successful and shows the director's willingness to constantly look for new ways to build his films. While the cinema of the big French studios hardly surprises us by its way and too often complains in the ease and pre-established models, there are still directors able to set their subject freely on fire and give life to successful and gripping films.

Certainly the scenario seems to be classic in its form. We discover how the life of a rich publisher Jeanne (Mélanie Doutey), her novelist husband Marcel (Benoît Poelvoorde) and their daughter Lucie (Janaina Halloy Fokan) is turned upside down by the arrival of a mysterious young woman, Gloria (Alba Gaia Bellugi), in their country manor, but the treatment makes Inexorable impose itself as a perfectly oiled mechanic, a game of cat and mouse in which appearances are often deceiving and men are portrayed as usurpers or cowards. The trio of main actors, Benoît Poelvoorde, Mélanie Doutey and Alba Gaïa Bellugi is an excellent choice as they appear in obvious counter-poles. While Benoît Poelvoorde has made an undeniable reputation for himself in comedies, here he composes a man with a dubious past who has managed to hide a sacredly buried secret that will come to the surface and shatter a quietly living family. In the same way the sexual attraction of his character for the new babysitter explodes another side of himself.

It's impossible not to see in this film a criticism of a wealthy French environment in which this couple at the center of the story seems to enjoy money they have not really earned but benefiting from their family advantages whether it is Jeanne who inherits from her rich father or Marcel whose bestseller that made his name seems surrounded by a real mystery that will be revealed. As for Gloria, despite her innocent appearance, she turns out to be a completely different woman. The only innocent person is the girl Lucie even if she will be under the bad influence of Gloria.

The work on the photography and the sound of the film makes Inexorable a perfectly mastered film for which the director Fabrice du Welz has lost nothing of his provocative character and who seems to find a real pleasure in exploding the family cocoon. Certainly the influence of American cinema is omnipresent in the film and will also recall during a birthday scene the atmosphere of the film The Omen (1976) by Richard Donner. Behind this story of revenge, Inexorable also approaches the literary world from a less than envious angle and thus denounces the power that some people enjoy without really deserving it. Certainly, Inexorable is a striking film by Fabrice du Welz that reveals a real maturity in writing and directing.

While the last act seems to be a tribute to the Giallo and will also remind us of the film Fatal Attraction (1988), Inexorable is certainly a violent and successful thriller that has conquered us and above all imposes Fabrice du Welz as one of the directors still capable of surprising us and making outstanding films.

Seen on September 7, 2021 at the Centre International de Deauville