Gérard, Ary and Philippe met twenty years ago, when they were released from prison, and immediately asked each other if honesty was the best trick. Today, they are inseparable and scrupulously virtuous. But Gerard learns that he has an incurable disease... 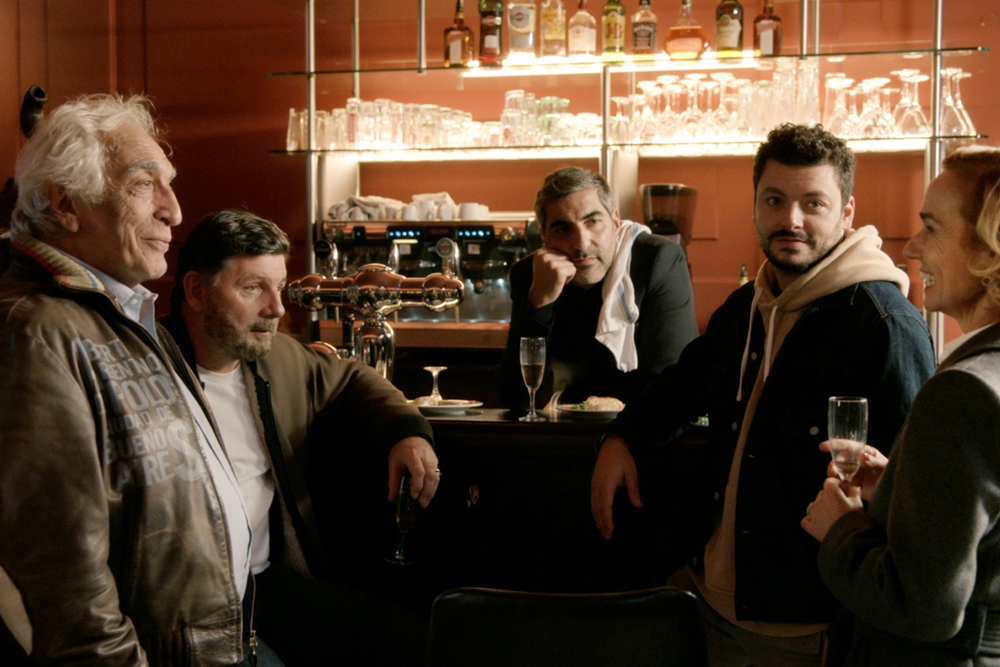 Claude Lelouch is undoubtedly one of the most appreciated and recognized directors of French cinema. With more than sixty-four years of career as a director, some of his films have left a lasting impression on us, such as Un homme et une femme (1966) (Palme d'or, Golden Globes for best foreign film, Oscar for best foreign film and best original screenplay in 1967), L'aventure c'est l'aventure (1972), Les uns et les autres (1981), Itinéraire d'un enfant gâté (1988), Les Misérables (1994), and so many others. However, the feature that best characterizes his filmography is its inequality and it would be interesting to compare, like good wine, the good years and the rather disappointing ones in which some of his films seem to be simple copy-paste of themes repeated over the years. The director's and screenwriter's touch is undeniably felt in the center of each of his films, as Claude Lelouch loves actors and really takes care of their dialogues as well as the psychology of their characters.

Certainly, Love is better than life is one of his worst films to date, so much it indulges in the easy way and seems to have been shot without real conviction and quickly. Yet the first images of the film showing some of the most beautiful landscapes in the world to show the great variety of lifestyles and the more or less important imprint of human society on nature could have announced a film taking place in several countries with moments of life as Claude Lelouch knows how to film them so well. However, after this very beautiful and original introduction, the sequel constantly disappoints and seems to be a succession of scenes leaving room for too much improvisation and a cast having to build their character without any real reference. While a sketch film has at least a beginning and an end, we find ourselves here with a film featuring Jesus in the form of a hippie or a woman and the devil in a surprising way in the form of a woman played by Beatrice Dalle. In the same way, we find in the center of the story again strong themes in the eyes of the director as friendship, love and redemption but also money.

We thus discover three men who met in prison, Gérard (Gérard Darmon), Ary (Ary Abittan) and Philippe (Philippe Lellouche) and who succeeded in their second life by associating and surfing on a real chance and by investing on good sociable fields. Yet their friendship is about to be put to the test when Gerard is diagnosed with a serious terminal illness and has only a few days to live. Upon learning this, Ary and Philippe decide to use a luxury call-girl agency to allow Gerard to live his last great love story. The story could have been a beautiful dramatic story if the writer and director Claude Lelouch had really invested himself to give his film a look other than a TV movie with a luxurious cast and not rambling out of focus like the scene in which Jesus is interrogated in a police station or the economy of shooting locations and few extras present. Certainly the crisis of the covid19 didn't help in the creation of this film but from there to see excellent actors left to themselves and overacting for the most part makes L'amour c'est mieux que la vie ! not really the best film of a director we appreciate and who gave his letters of nobility to the French cinema.

The other major concern of Love is better than life! is its problematic editing that makes some scenes of the film really stretch too much and rely on more or less convincing improvisations. Despite the fact that we find actors that we appreciate such as Sandrine Bonnaire, Gérard Darmon, Elsa Zylberstein, Ary Abittan, Béatrice Dalle, Philippe Lellouche, Clémentine Célarié and Kev Adams, the disappointment is great in front of a film that does not seem to know in what direction to go. While his previous film La Vertu des impondérables was shot with an iPhone and was released directly on Canal + on June 13, 2020, we wonder if this film would not have benefited from being released directly on a streaming platform as we are faced with a creation too much modeled on productions made for television and a rather old audience.

Our perplexity is even greater when the film recycles scenes from Claude Lelouch's previous films as if the director was still living in the past without really adapting to the new current cinematographic trend. In the same way, the film allows itself to do as in Back to the Future 2 by indicating the presence of a sequel by announcing the cast to come, notably Christophe Lambert. These false good ideas do not help this film to win the favor of the public paying their cinema tickets and not invited to a party given within the framework of our favorite film festival of Deauville.

Seen on September 09, 2021 at the Centre International de Deauville