Wilson Shaw (Evan Dumouchel) and his sister Daphne (Libby Ewing) have had a lot of bad luck in life. They try to make it in this cruel world, but barely manage to keep their heads above water. It seems as if all their misfortunes are due to a supernatural presence that lurks around them, dark and elusive; from the corner of their eyes, they sometimes guess it, and its yellowish gaze never ceases to spy on them. Wilson will have to question what he thought was reality, his family, and even his reason for existing. He will have to gather his strength to face things he doesn't understand. Is redemption still possible? For his sister, for himself, Wilson owes it to himself to try. 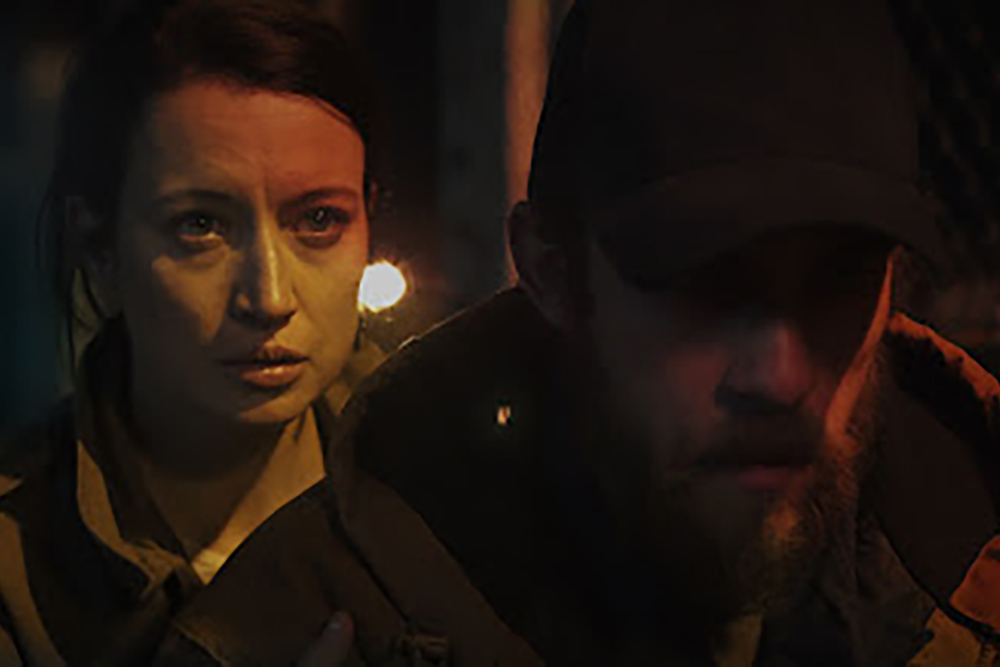 Covering the Fantasia festival often means discovering new talent with original films of undeniable quality, whether or not you like the story or the way it's told. The new film written and directed by Perry Blackshear (They Look like people (2015), The Siren (2019)) might surprise more than one viewer and turn out to be a real waking nightmare considering the treatment given to this story of a brother and sister against a dark force in human form.

Set in a rundown neighborhood, we meet Wilson Shaw (Evan Dumouchel) and his sister Daphne (Libby Ewing) as they try to survive and hold on to hope for a better future. They feel that the hardships and misfortune that plague them come from an elusive supernatural form that is lurking around them and simply wants them to die. Following a tragic event, Wilson will have to question what he believed to be reality and his reason for existing. He will not only have to gather his strength to confront this supernatural creature, but also help his sister and seek a way to find his own redemption in a world where appearances are often deceiving.

The main undeniable quality of When I consume you is to succeed with means that we feel very reduced to capture the attention of the spectators and especially to create a real disturbing atmosphere close to a nightmare in which the forces of darkness cannot be overcome and the only hope to get out of it is to lose one's life. However, Wilson will have to fight against his own wounds for him and his sister but also fight this evil entity that seems to want his soul. It's impossible when discovering this film not to think of urban legends and the fact that certain things can happen without reason or warning.

Director Perry Blackshear reunites for his third film with the same team as for his two previous films (Evan Dumouchel, MacLeod Andrews and Margaret Ying Drake) and delivers once again a film that is simple in form and rather bare in its staging, but this does not detract from the emotional form that emerges from it.  Certainly When I consume you is a film to discover.