Young Leah (Kiera Thompson) lives in a rectory with her family. During the day, it's a busy place with lots of people, but when night comes, the place changes: everything is empty, dimly lit, melancholy and silent as the grave. Leah sometimes wakes up with a start when her mother's screams are heard, and this unknown trauma is embedded in her. The child tries to get closer to her mother, but she senses that something unspeakable is standing in her way. Then, one night, a frail spectral girl, played by Sienna Sayer, appears at the window, with wings on her back. Leah and this winged girl become friends, and the nightly apparitions multiply. They invent a game: each night, Leah must perform a specific task, but each task is revealing. Thus begins the understanding of the dark secret that stands between Leah and her mother. 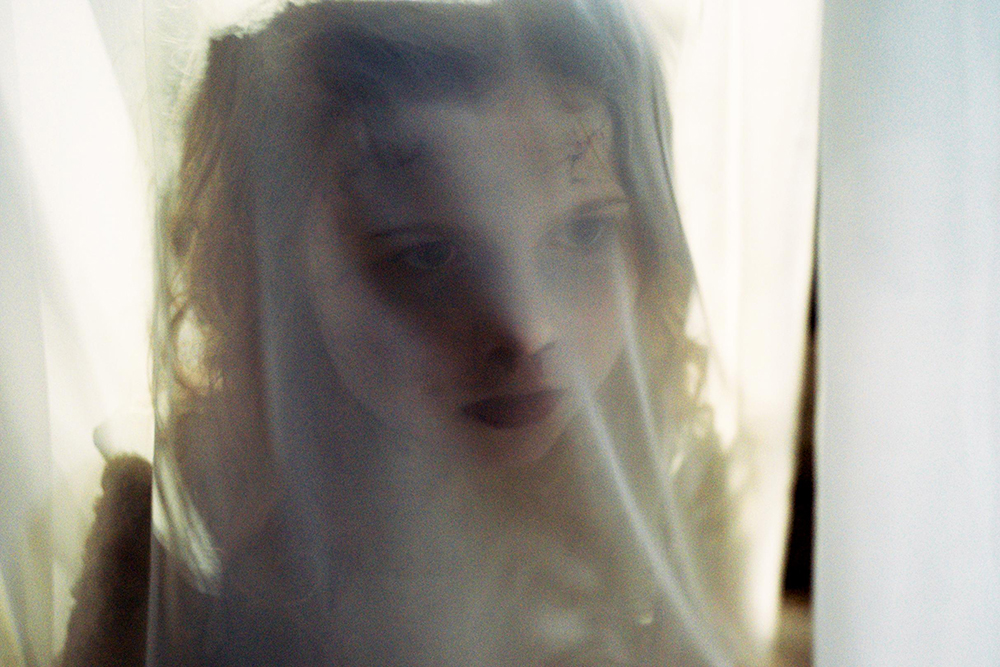 "In the same way that a child's eye can amplify and magnify aspects of life that adults cannot see, I hope that this film will amplify facets of everyday human existence that unite and connect us to one another. Because ghosts are a bit like children: if they get angry, it's because they want to be seen and heard, when adults prefer them to remain silent, and often, invisible. But the pain accumulated little by little always leads to disastrous consequences, and I hope that this film can say something interesting about the beneficial or harmful, but always fundamental, family relationships that shape the adults we become. The supernatural is a genre of fiction that I am very fond of, and MARTYRS LANE will, perhaps, bring some new and unique elements to it..."  - Ruth Platt

For her third film Martyrs lane, director and writer Ruth Platt (The Lesson (2015), The black forest (2019) ventures into a horrific tale that is as cleverly crafted as it is perfectly mastered. It is interesting to see the number of directors adopting one of their shorts as a feature film in order to inject many new ideas and to give it a much more prestigious form. At the base of this film there is a short film with the homonymous title.

We discover Leah (Indica Watson), a young girl of 10 years old, living in a large rectory, full of lost souls and needy. By day, the house is full of people; by night, it is dark, empty, a space into which Leah's nightmares can creep. A small nighttime visitor brings comfort to Leah, but she will soon realize that the visitor offers her knowledge that could be very, very dangerous. This horrific tale will really make you twitch in your seat as the director takes great pleasure in unsettling the audience.

The great originality of Martys Lane is to have placed the camera at the level of the young actress Indica Watson's waist and we follow her journey through the eyes of her character Leah. This gives us a child's view of the essentially adult world around her. In the same way, we feel that the director, whether in her short film or feature film, has injected many personal memories into her script and thus brought a look full of affection on childhood. Constantly her film balances between reality and the presence of this ghost of the past whose visions come to haunt us long after having seen this film.

Martyrs Lane is thus one of the must-see films of the Fantasia festival and shows us once again that British genre cinema is still capable of surprising us, of really scaring us and of making us think about the passing of time and our past mistakes. These are the ones that haunt us and push us to be better and to really enjoy the little joys of life.