An impressionistic exploration of the pursuit of wealth and the paradox of progress in the People's Republic of China, Ascension examines what life in the so-called Chinese Dream looks like today. 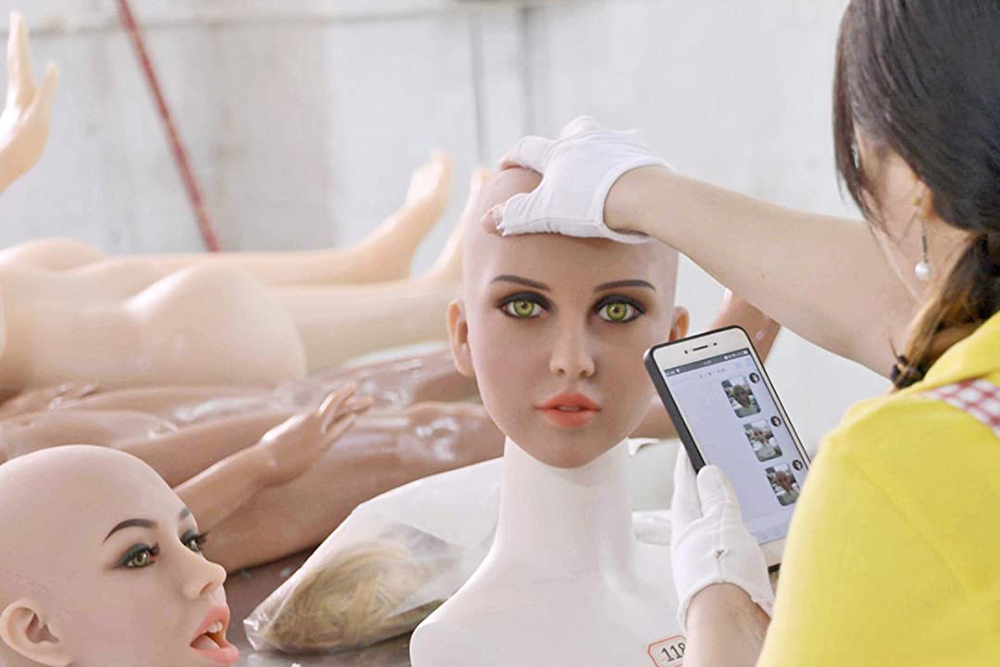 "In 2014, I first traveled to Yiwu, Zhejiang, China, to create a portrait of China's largest small commodity market, which became my short film, Commodity city. Yiwu - a sprawling, semi-public space in which plastic flowers compete with cell phone cases and MAGA hats for the attention of wholesale buyers - is an absurd image of capitalist excess. This place is a stopping point for mostly useless objects that move from the factory to the outside world, where they will live a short life before being turned into polluting waste. I was drawn to the visual excess and paradox of Yiwu, yet what struck me was not the inhumanity of its proportions and purpose, but rather the human life that flourished within its borders: the families, the lunches, the humorous and astute haggling between buyer and seller. I began to think about how this humanity was echoed in the gigantic Chinese market system, and I began to look for spaces in which this paradox was illustrated. This journey across China and between social classes became my first feature documentary, Ascension." - Jessica Kingdon

As part of the Tribeca festival we were able to discover Jessica Kingdon's fascinating documentary Ascension. While our society is undergoing a major global pandemic, China is at the center of many controversies and especially as the country from which it emanated according to many analyses. Yet this country continues to fascinate us by its way of being the center of our world economy, as one of the main world markets in which is manufactured almost everything we own, whether it is the world of new technologies, textiles, toys, everything shows the importance of this country in our current life.

Yet do we really know this country and how it really works and how companies create real success cults for their employees. This film explores the pursuit of the Chinese dream and above all presents a contemporary vision of a country that favors productivity and innovation at all costs.

Ascension delivers a true portrait of China's industrial supply chain that reveals the growing gap between the country's social classes through observations on work, consumption and wealth. This fascinating documentary paints a picture of China's new capitalism and how it functions at all social levels of society. By its structure in three parts that follows the social classes of this country we see how the workers live and work who produce in mass, then we look at the middle class that tries to sell the dream to consumers and finally by looking at the elites who have succeeded in their lives and really enjoy life, this documentary is complete and perfectly mastered.

Director Jessica Kingdon manages to find the perfect approach to give a true picture of the current Chinese society. Cut by a clever editing, the director and editor of the film appears as a real expert to deliver us practically on fifty-one different places moments of life, of sadness of a fascinating people who reveals to have real values and far from many stereotypes fight every day to live normally despite disastrous working conditions. Instructive and of an undeniable originality, Ascension was certainly one of the highlights of the Tribeca festival.