Clean (Adrien Brody) tries to live a simple life. He works alone at night, picking up other people's trash while philosophizing about the decay of the city. He spends his free time cleaning up abandoned buildings and taking care of the neighborhood. Deeply troubled by a violent past and the loss of his daughter, Clean is stuck in a rut, only able to momentarily lift the heavy veil of regret. When a well-meaning mishap makes him the target of a local crime boss (Glenn Fleshler), Clean is forced to confront the violence of his past in this brutal and bloody thriller. 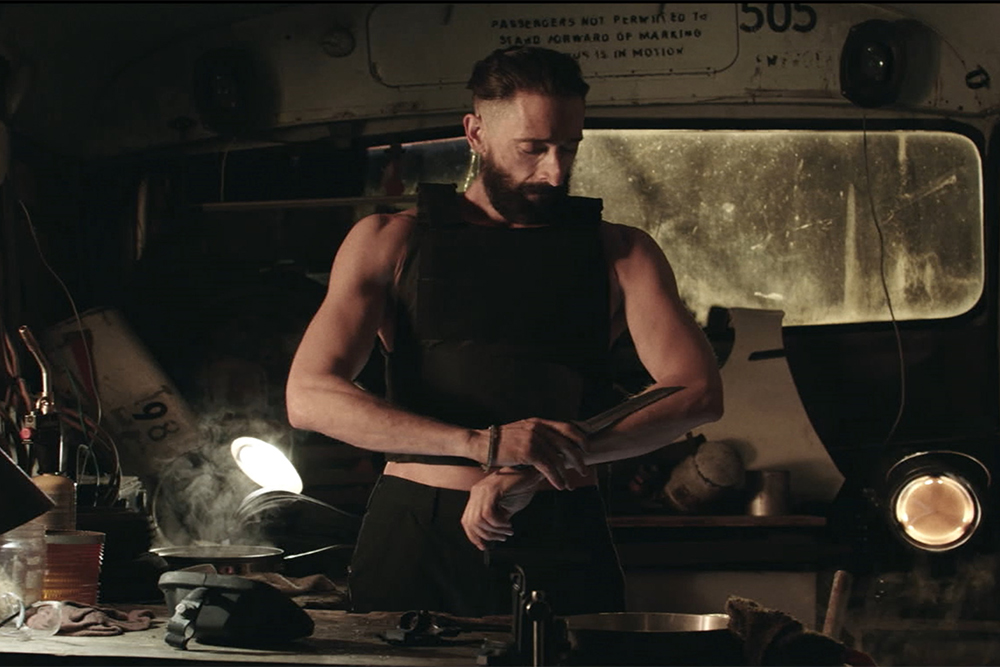 We should have practically waited until after the Tribeca Film Festival to discover Paul Solet's excellent new film Clean (Grace (2009), Drk Summer (2015), Bullet head (2017)). While most of the films discovered at Tribeca were mainly documentaries, comedy-dramas and genre films, Clean is a film in the vein of the recently released Nobody (2021), John Wick in which a man with a tragic past prefers to stay alone and escape society.

Clean (Adrien Brody) is a man with a violent past who seeks redemption after a personal tragedy. He devotes his life to his broken community and to the safety of a young girl who reminds him of his dead daughter. He works as a garbage collector picking up trash and trying to find repairable things to resell in a store run by someone he has befriended. When this young girl's life is put in danger, Clean must find the violence he has tried to leave behind by running from responsibility and hiding. In trying to save her, he may well find his redemption and become the man he once was.

Clean flirts with the neo-thriller and the action film and above all benefits from a real visual approach and knows perfectly how to emphasize its action scenes by letting them happen not at the beginning of the story but as Clean becomes the man he used to be. His tumultuous journey will bring him face to face with a gang willing to do anything to kill the girl he is trying to protect.  Oscar-winning actor Adrien Brody is fully involved in this film as co-producer, co-writer, lead actor and also as a composer. After many Hollywood films (King Kong (2005), Predators (2010)...) and many films with director Wes Anderson, he finds here a different role close to the vigilante and proves to be as perfect in the numerous action scenes as in the dramatic moments.

While the Hollywood action cinema tries to put a lot of attention non-stop to the spectators, Clean proves to be all the more effective by its minimalism and its way of centering the action in a small American town and remaining permanently credible. It does not forget to offer some jubilant scenes in which the character Clean lets out all his strength and darkness. While no release date has yet been announced, we can only advise you to be vigilant and watch it when it is released, as it has held our attention and is one of the must-see films with Adrien Brody.