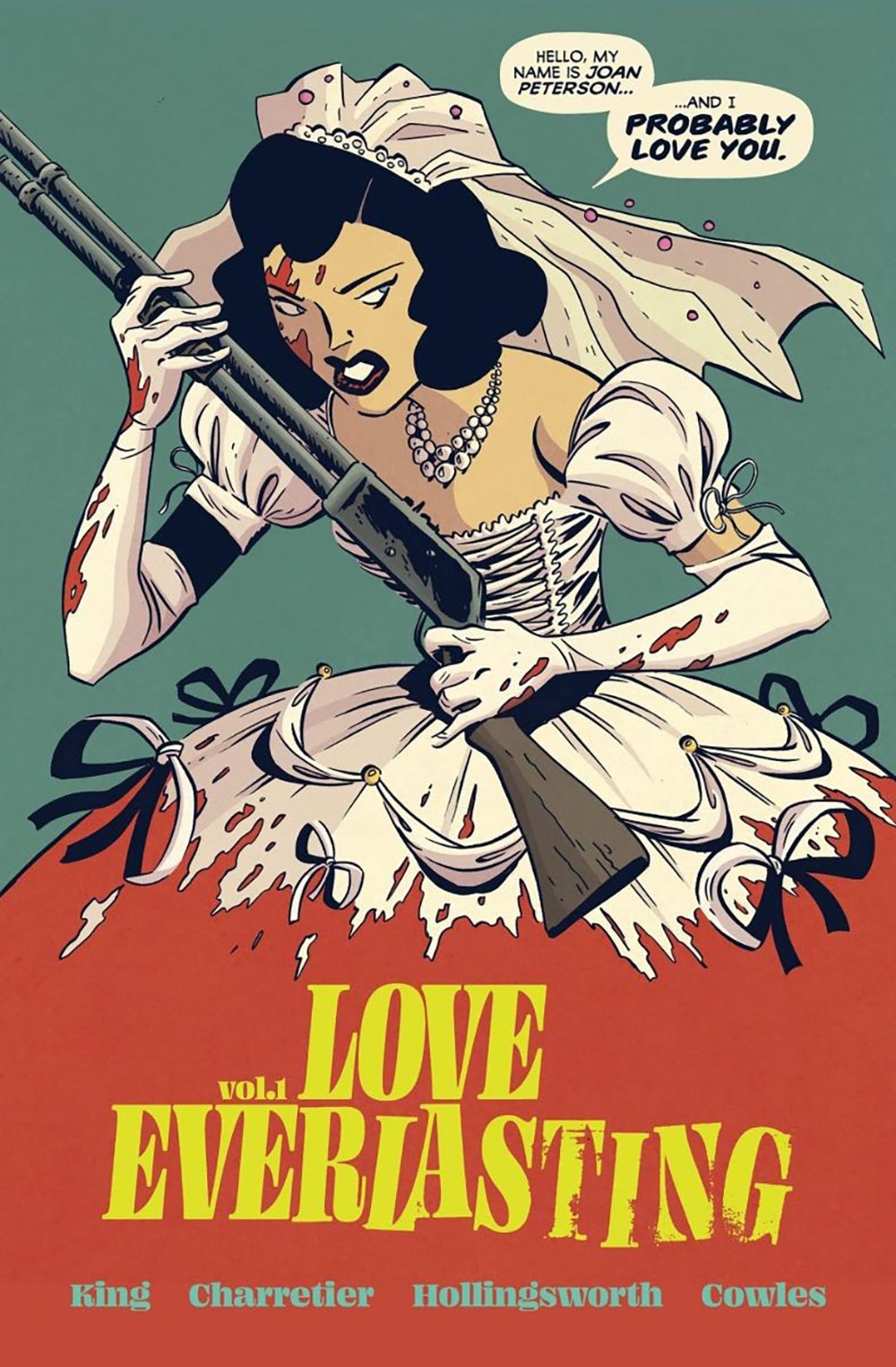 Eisner Award winning writer Tom King and superstar artist Elsa Charretier’s Love Everlasting, Vol. 1 has won the hearts of fans and critics alike with a bevy of glowing reviews ahead of the book’s highly-anticipated Valentine’s Day release from Image Comics.

The debut volume has secured starred reviews from both Publishers Weekly and Library Journal, with PW likening the stylized art to that of the iconic Darwyn Cooke and LJ hailing it as an “uncommonly compelling first volume.”

Love Everlasting, Vol. 1 follows Joan Peterson, who discovers that she is trapped in an endless, terrifying cycle of “romance”—a problem to be solved, a man to marry. And every time she falls in love she’s torn from her world and thrust into another tear-soaked tale. Her bloody journey to freedom and revelation starts in this breathtaking, groundbreaking collected edition. This first volume collects the first story arc of the ongoing Love Everlasting series, issues #1-5. 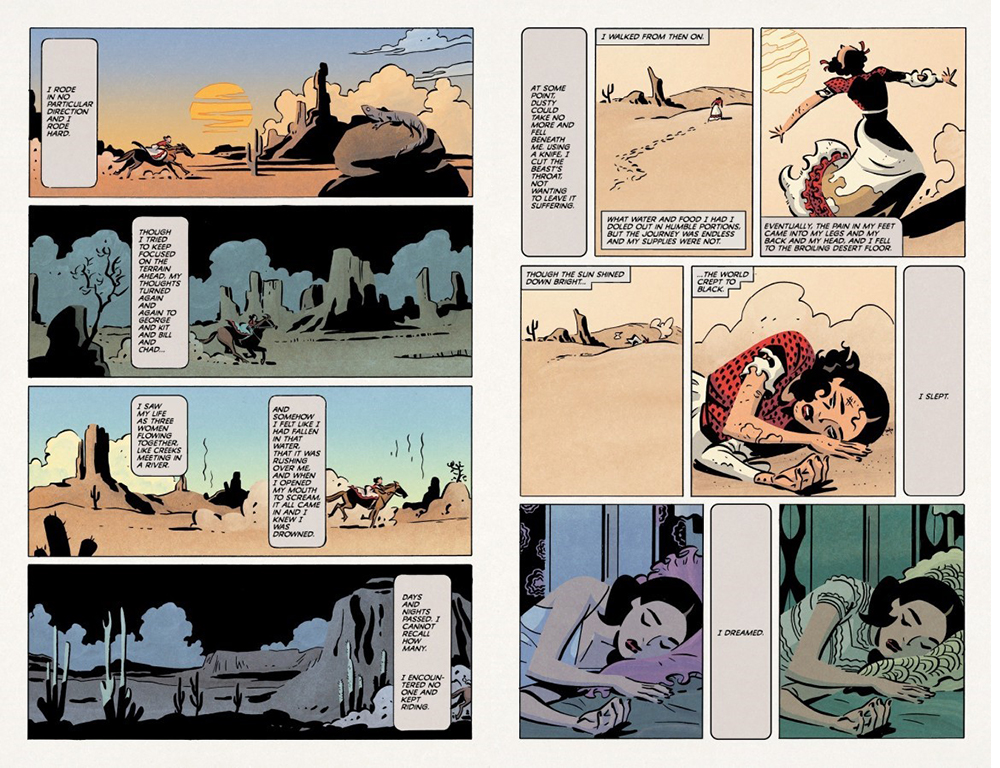 "Romance comics meet Quantum Leap in this quirky odyssey through time, space, and the heart... King energizes the familiar romance genre with twists and turns that fuse each of Joan’s trysts into an intricate puzzle... Charretier’s thick-line cartoony character design, reminiscent of Darwyn Cooke, perfectly depicts this genre crossover, and Matt Hollingsworth’s colors capture the eeriness, avoiding primary colors with suitably subdued secondary palettes for each chapter. This series launch piles on the thrills and leaves tantalizing questions open. Readers will be eager to see the next volume." —Publishers Weekly

"The expressive strokes of Charretier’s art here have nostalgic warmth, but they're more connected to the retro-modern cartooning of, say, Batman Adventures than actual art from any of those doe-eyed comics of yesteryear. This feels like then, but it's deeply rooted in now, which makes it the ideal aesthetic for this meta take... King’s interest, as it’s often been, is deconstruction, and the narrative necessarily takes some repetition to achieve it. However, certain chapters function as gripping romances on their own merits, even as they advance toward a conceptual, distressing, but ultimately compelling culmination." —Booklist

"While much of the story is told in a dead-on, entertaining style that pays homage to the romance comics of the 1950s, the elements of mystery and horror that emerge make the book much more than a nostalgic indulgence. The writing is clever and builds tension throughout, while the art is impeccable in its blend of colors, linework, and style, covering settings from World War I era France to the Old West in America well. Rich themes and deep questions underpin Joan’s adventures, as about the true nature of love, the need for it, and the desire for independence and self-realization...Love Everlasting Volume 1 is a fascinating romantic horror story about a woman who shifts between lives." —Foreword Reviews

“Elsa and Tom are two of the very most talented creators giving their energy to sequential art, seeing them reinvent the romance genre is bold, inspiring, and a total must read.” —Rick Remender, Deadly Class, The Scumbag

"Love Everlasting is a perfectly crafted mystery from the brilliant mind of Tom King, like an everlasting episode of The Twilight Zone where Elsa Charretier shows us all she can draw EVERYTHING and she does it with apparent ease. Just a wonderful book by two of the best creators in comics!" —Francesco Francavilla

"Love Everlasting keeps the mystery of a good romance story alive even if some characters have to die in the process. You might think you know where the story is going, but love is as unpredictable as it is everlasting." —Fábio Moon

"Strong writing, impeccable art, and a style of storytelling that is wholly original." —AIPT

"Feels like an homage and a slight twist to the romance comic genre...it all feels updated and fits modern comics." —Graphic Policy

"A smart, terrifying upending of the romance genre. It reels you into a world that feels comfortable and familiar, before pulling the rug out from under you. You don't want to miss this fantastic new series." —Monkeys Fighting Robots