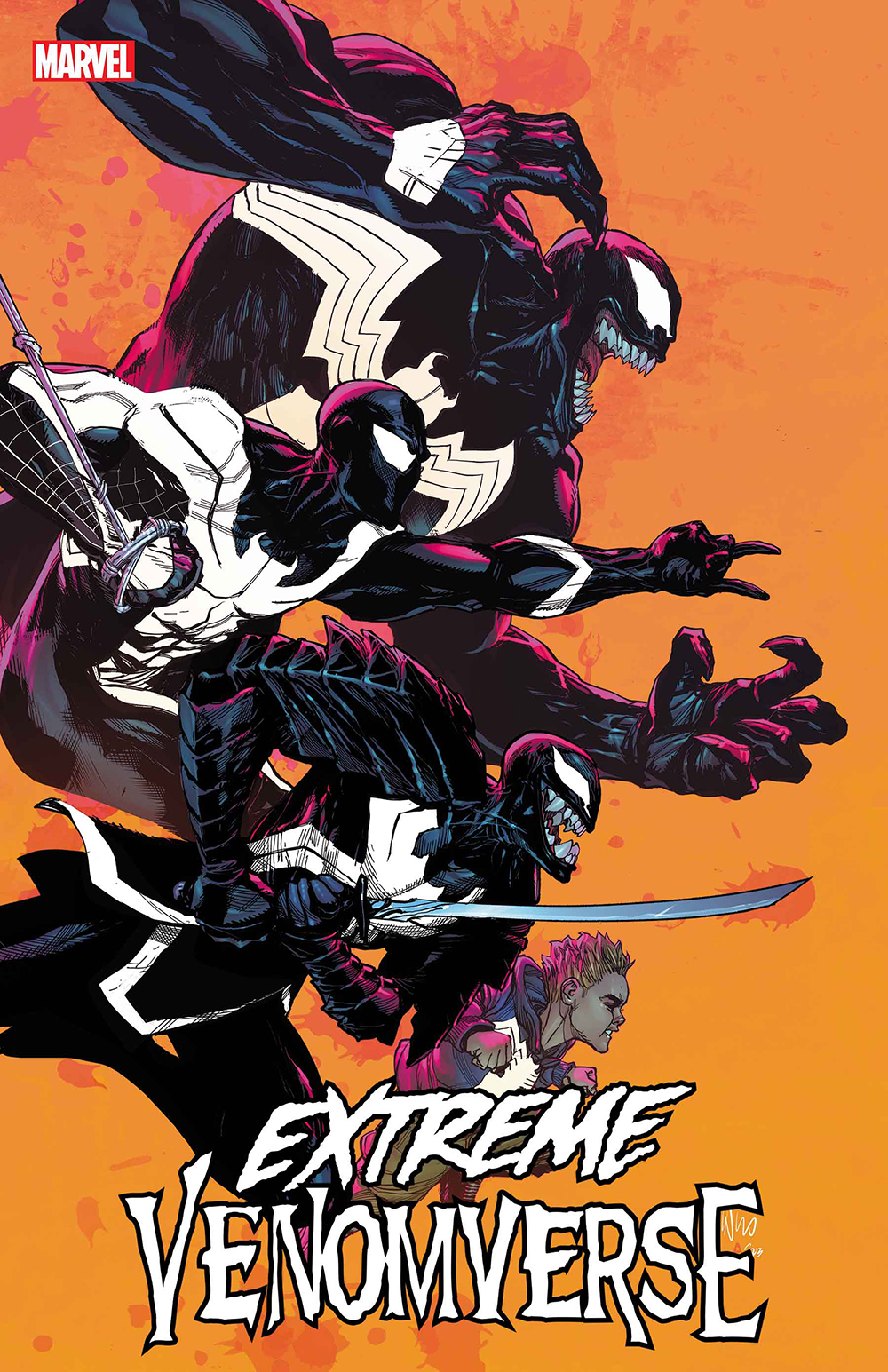 In honor of the 35th anniversary of Venom, Marvel Comics will kick off the Summer of Symbiotes, a season-long celebration of all things symbiote including new symbiote-focused titles, characters, and more! Readers got their first taste of the symbiote insanity that awaits in yesterday’s teaser that heralded the foreboding Death of Venomverse… but before that epic begins, fans will witness the Venomverse expand like never before in a new limited series, Extreme Venomverse!

Launching in May, Extreme Venomverse will take fans to uncharted corners of the hive in brand-new stories by an all-star lineup of talent! In the same spirit as the recent hit series, Edge of Spider-Verse, this landmark new series will feature jaw-dropping turning points for iconic characters like Eddie Brock and Dylan Brock and see never-before-seen Venoms bear their fangs for the very first time! But this thrilling tour through the Marvel multiverse is headed towards an explosive destination and whether your favorite new symbiotes will survive this summertime saga remains to be seen…

Here are the three titanic tales fans can expect in the debut issue:
- Comics superstars Ryan North and Paulo Siqueira put a fresh and exciting spin on a story you may be familiar with…starring Eddie Brock as…Spider-man?!
- Rising star Mirka Andolfo shows you a side of the whole Brock family you NEVER thought you'd see!
- And one of the best writer/artists in the industry today, Leonardo Romero, reimagines Venom as a Samurai!

Face front, Venomaniacs, the Summer of Symbiotes is underway! Check out the first cover below and stay tuned for more exciting announcements about Extreme Venomverse! For more information, visit Marvel.com.