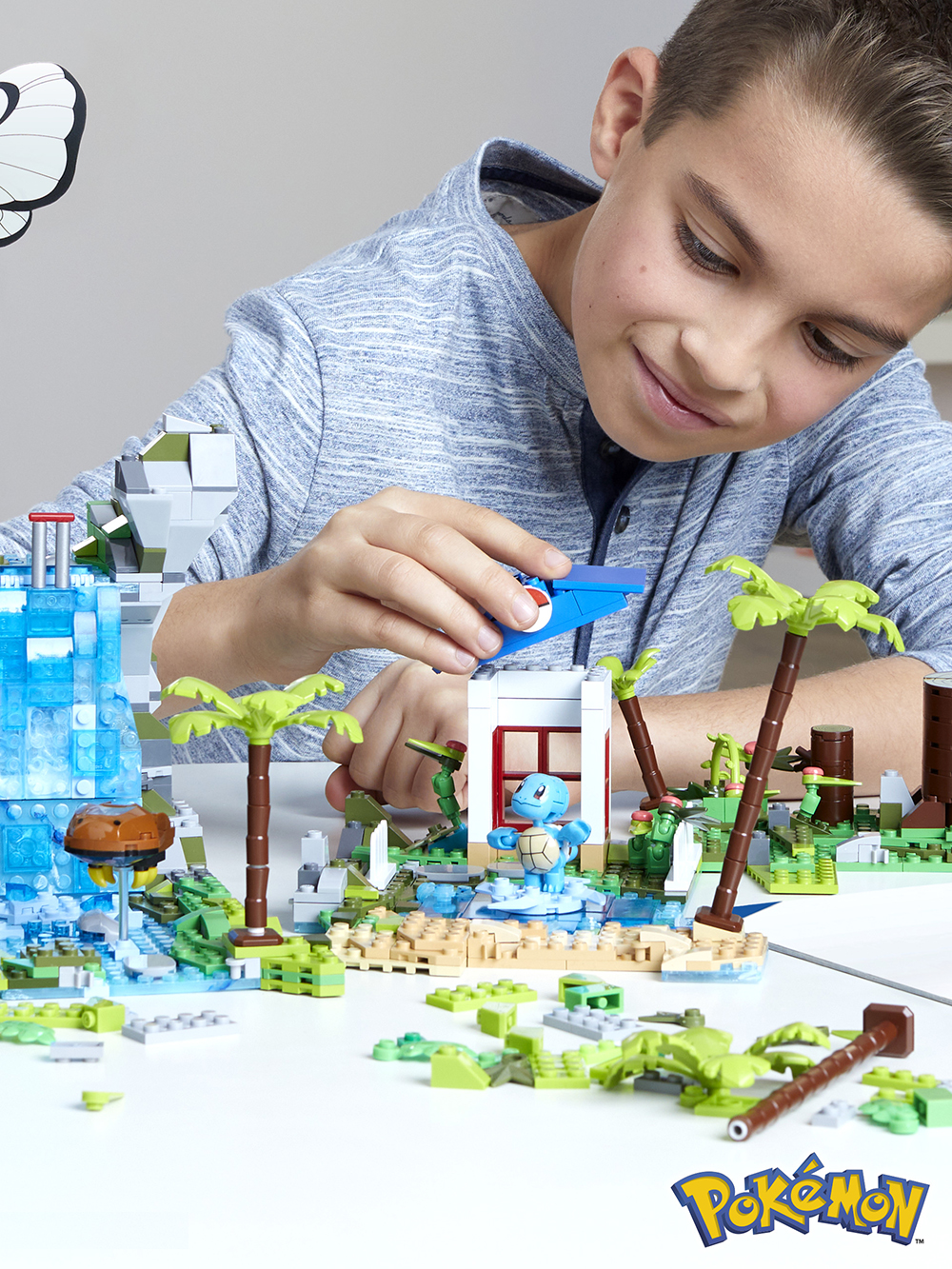 This year, the Mattel group is rolling out the red carpet for its Christmas Festival. Its emblematic brands, unavoidable and always more surprising, will amaze children and adults at the foot of the Christmas tree. Iconic Barbie® and Fisher-Price® toys are invited to the festivities, as well as the four-wheelers and the spectacular Hot Wheels®, Matchbox® and Cars® racing circuits, and the indisputable UNOTM, ScrabbleTM and PictionnaryTM board games for intergenerational recreation; children's favorite worlds such as Sam the Fireman, The Patrol, Thomas and his friends, Polly Pocket or Harry Potter, but also brands aimed at Kidults with Mega Pokémon construction games and figurines from Masters of the Universe®, Jurassic World or Buzz Lightyear...

An event not to be missed, bringing together toy brands that have crossed generations: over 90 years for Fisher-Price®, over 60 years for Barbie® or over 50 years for Hot Wheels®. These are brands that have captured the hearts of families and that today maintain a strong attachment with their consumers. Much more than toys, they are now part of the culture and daily life of the French. Television, VOD platforms, derivative products, mobile games, digital content and soon the cinema with the long-awaited Barbie movie...Mattel continues its revolution and is now positioned as a powerful player in the entertainment industry. 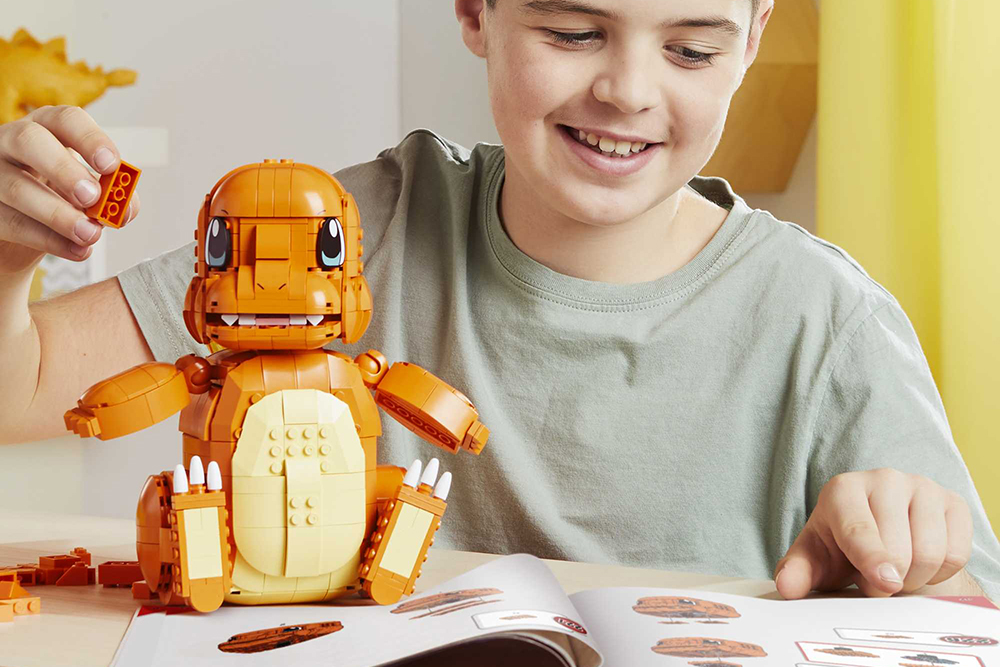 Featuring no less than 750 bricks and parts, this construction set reproduces the iconic flaming tail of Salamèche and other authentic details. This highly articulated figure can assume a multitude of postures allowing him to sit, stand and move in battle! Pikachu, and Evoli are also available in this giant size of about 28 cm.

Pokémon medium figures to build: catch them all! 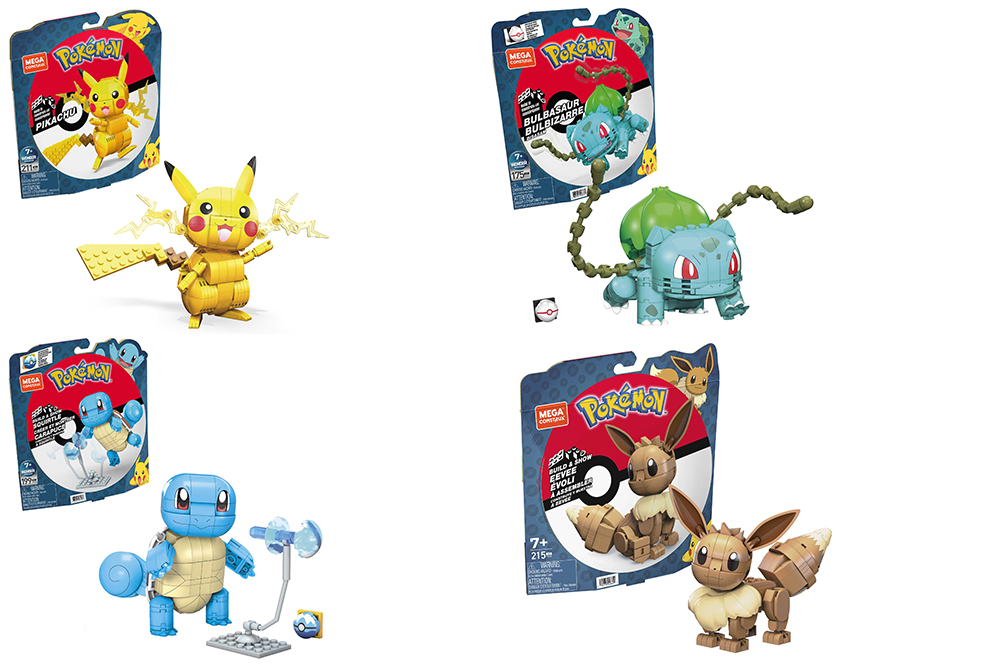 These Pokémon figures to build of about 175 bricks and 10 cm are ultra articulated to take heroic postures. Each of these figures is also extremely detailed to offer more realistic adventures. This medium range offers different characters such as Pikachu, Bulbizarre, Carapuce, Evoli or Salamèche.

This year, a new range of building sets is to be discovered for a Christmas always rich in emotions and actions. And for some fun moments, the characters of the Mega Pokémon universes can be interconnected. 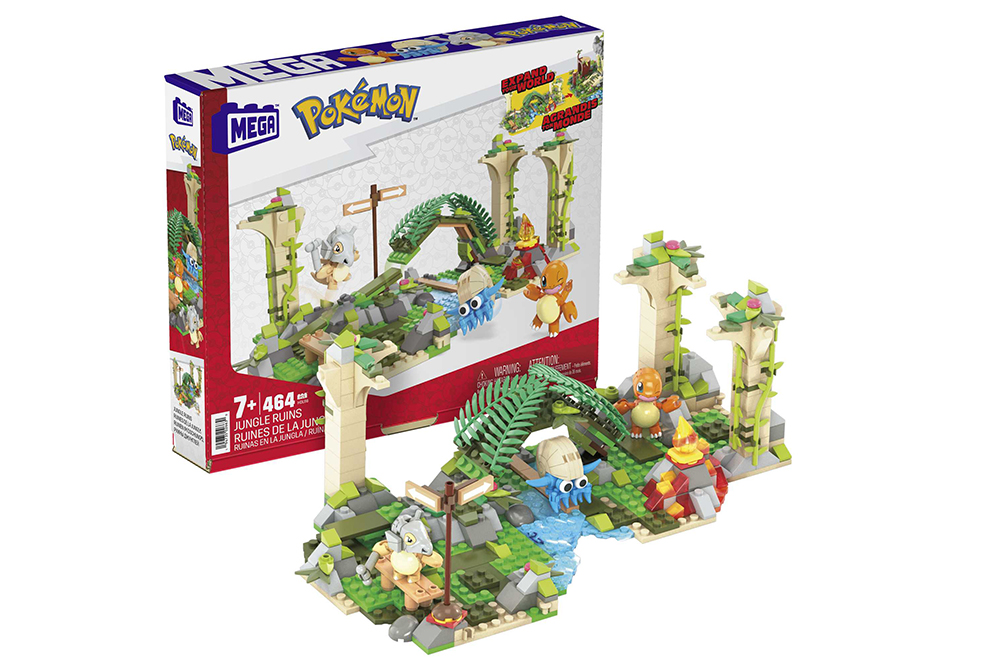 These 450-brick ruins have various features: Salamèche can light a fire or play hide-and-seek in the bushes with Amonita and Osselait! Other Mega Pokemon sets can be found and linked together to create a Mega Pokemon universe rich in authentic detail. Characters included.

Pokemon picnic: all you can eat! 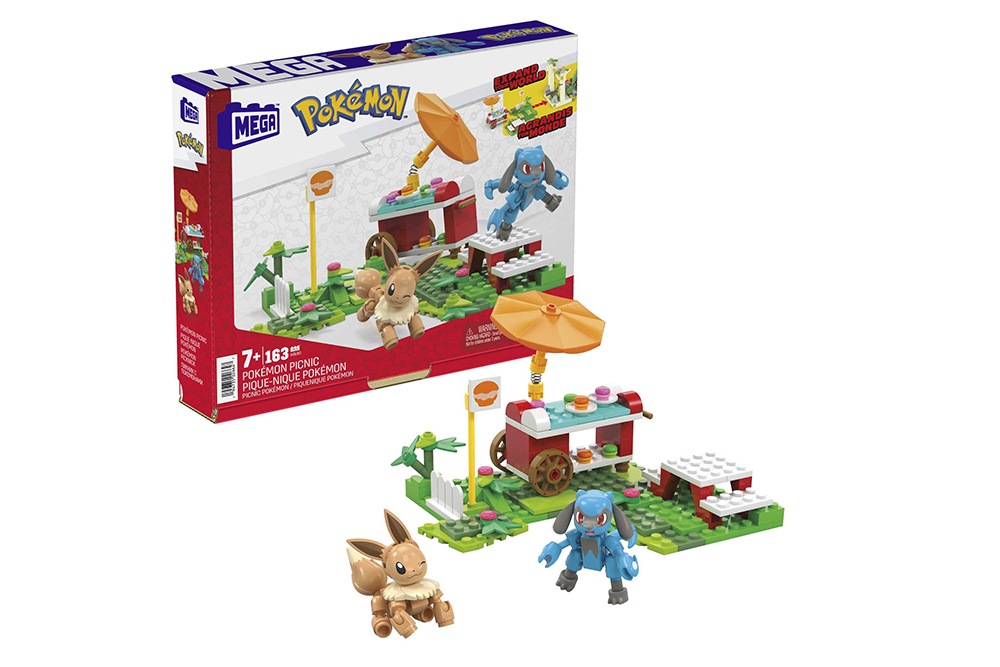 Evoli and Lucario are going to have a blast with their great food stand! This gourmet food cart to build is made of 163 pieces and allows kids to develop their creativity and problem-solving skills. It has multiple surprising elements such as the umbrella that swings when you push the cart and multiple products to match with other Pokémon sets.

Universe trip to the jungle: an incredible expedition 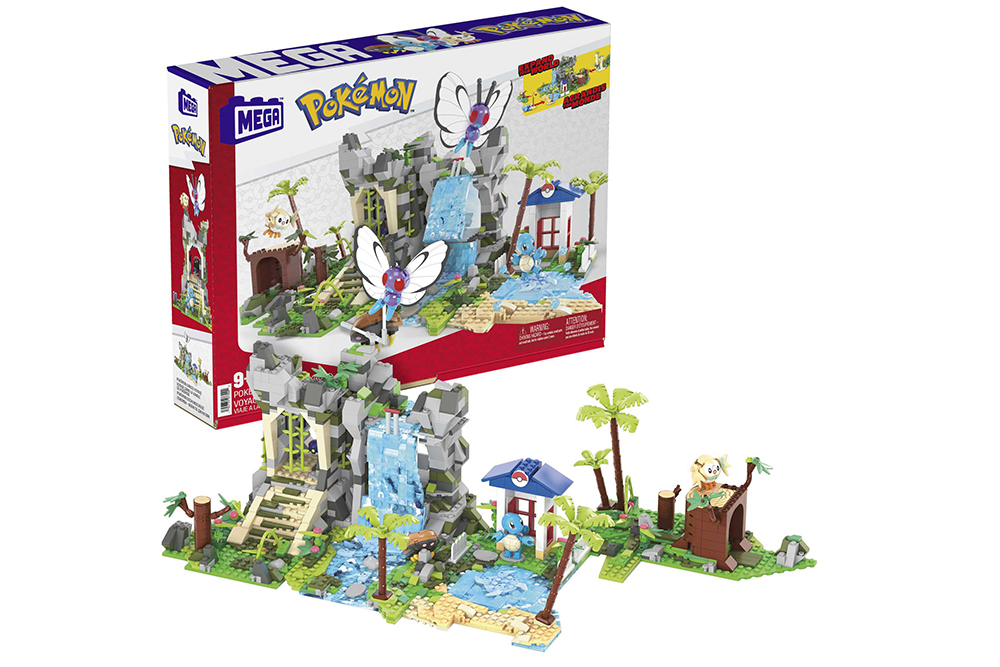 A 1,360-piece building set that offers a multitude of details and surprises: a cave in the lush jungle, a mountain and its waterfall, the entrance to forgotten ruins, a lake bordered by a small beach and a forest! This universe is inhabited by Papilusion, Carapuce, Kabuto and Brindibou whose figurines are included. Each section has specific and unique game elements. Explore this territory and search for the hidden Super Ball! You can then expand this world even further by linking it to other sets in the series.