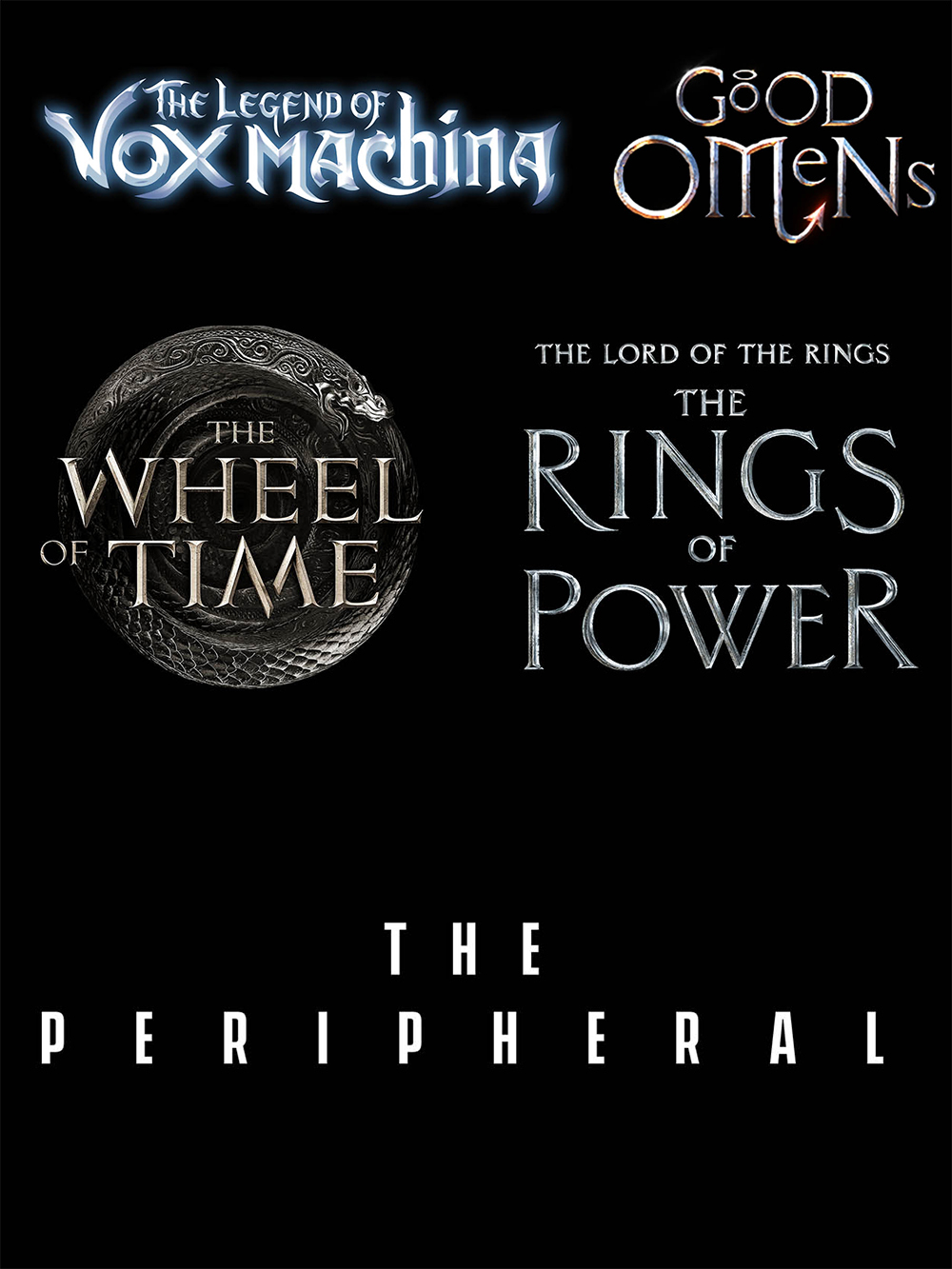 Prime Video makes its in-person return to New York Comic Con with live panels from fan-favorite series : The Legend of Vox Machina, Good Omens, The Wheel of Time, and The Lord of the Rings: The Rings of Power, plus highly anticipated new series The Peripheral Prime Video will also treat fans to a consumer experience inspired by The Peripheral that invites attendees into the world of the series

Prime Video today announced its programming block and consumer experience for this year’s New York Comic Con. The lineup will feature live, in-person panels from returning fan-favorite series and highly anticipated new series, including The Legend of Vox Machina, Good Omens, The Wheel of Time, The Lord of the Rings: The Rings of Power, and The Peripheral. The panels will offer fans a chance to hear directly from some their favorite Prime Video talent through moderated Q&As, as well as the opportunity to be among the first to see exclusive first looks and never-before-seen footage from a stellar lineup of Prime Video titles. The panels will also be livestreamed at www.thepopverse.com, prior to being made available for VOD playback to ReedPop members and digital ticket holders.

Panel: The Legend of Vox Machina
About: Join the executive producers and cast of The Legend of Vox Machina for an exclusive sneak peek of what's to come in the animated series' highly anticipated second season. Based on the beloved characters and adventures of Critical Role’s first livestreamed tabletop role-playing game campaign, this fantasy adventure quickly grew into an animated sensation. After saving the realm from evil and destruction at the hands of the most terrifying power couple in Exandria, Vox Machina is faced with saving the world once again—this time, from a sinister group of dragons known as the Chroma Conclave.
When: Thursday, October 6 at 7:30 p.m. EDT
Where: Empire Stage

Panel: Good Omens
About: In 2019, Aziraphale and Crowley helped save the world from the Apocalypse. Next year, they'll return to solve a mystery that takes in all of Heaven and Hell. It's time for an overdue celebration of all things Good Omens, and some of the creators and cast will return to New York Comic Con for a very special fan Q&A. Plan your questions and get ready to share in the behind-the-scenes stories of our favorite angel and demon, and perhaps some of your most burning questions about what you can expect in Season Two will be answered with more than just a "wait and see."
When: Friday, October 7 at 11:00 a.m. EDT
Where: Empire Stage
Panel: Prime Video Presents: The Wheel of Time & The Lord of The Rings: The Rings of Power
About: Prime Video presents a dream programming block for the fantasy fan, when The Wheel of Time and The Lord of the Rings: The Rings of Power take to New York Comic Con’s Empire Stage for back-to-back panels with series talent from each show.
When: Friday, October 7 at 4:15 p.m. EDT
Where: Empire Stage

The Wheel of Time:
Following their season-long adventure that culminated in a showdown with The Dark One and the shocking reveal of The Dragon Reborn’s identity, the cast and creative team behind The Wheel of Time will assemble in New York for their first in-person Comic Con. Join series stars and showrunner Rafe Judkins as they reflect back on their Season One journey, both on and off screen, as well as drop a few hints of what audiences can anticipate from the hotly anticipated second season.

The Lord of the Rings: The Rings of Power: The cast of The Lord of The Rings:
The Rings of Power welcome all fans at New York Comic Con to join them for an in-depth panel discussion about the first seven episodes of this critically acclaimed show. Beginning in a time of relative peace, The Rings of Power follows an ensemble cast of characters as they confront the reemergence of evil to Middle-earth. From the darkest depths of the Misty Mountains, to the majestic forests of Lindon, to the breathtaking island kingdom of Númenor, to the furthest reaches of the map, these kingdoms and characters will carve out legacies that live on long after they are gone.

About: Immerse yourself in the world of The Peripheral!
Join series stars Chloë Grace Moretz, Jack Reynor, Gary Carr, T’Nia Miller, and JJ Feild, as well as executive producers Lisa Joy and Jonathan Nolan, creator and showrunner Scott B. Smith, and director Vincenzo Natali, as they give fans a first look at sci-fi thriller The Peripheral.
About : The series centers on Flynne Fisher (Moretz), a woman trying to hold together the pieces of her broken family in a forgotten corner of tomorrow's America. Flynne is smart, ambitious, and doomed. She has no future; until the future comes calling for her. The Peripheral is based on William Gibson’s best-selling novel of the same name, and gives viewers a hallucinatory glimpse into the fate of mankind—and what lies beyond.
When: Saturday, October 8 at 11:00 a.m. EDT
Where: Main Stage

Prime Video Consumer Experience:
Visit the New York Comic Con show floor to experience Forever Fab—a 3D print shop storefront inspired by the upcoming Prime Video Original sci-fi series The Peripheral. Forever Fab invites attendees to step into the world of 2032 and see the future printed before their eyes, only to find that the future may have something else in store for them.