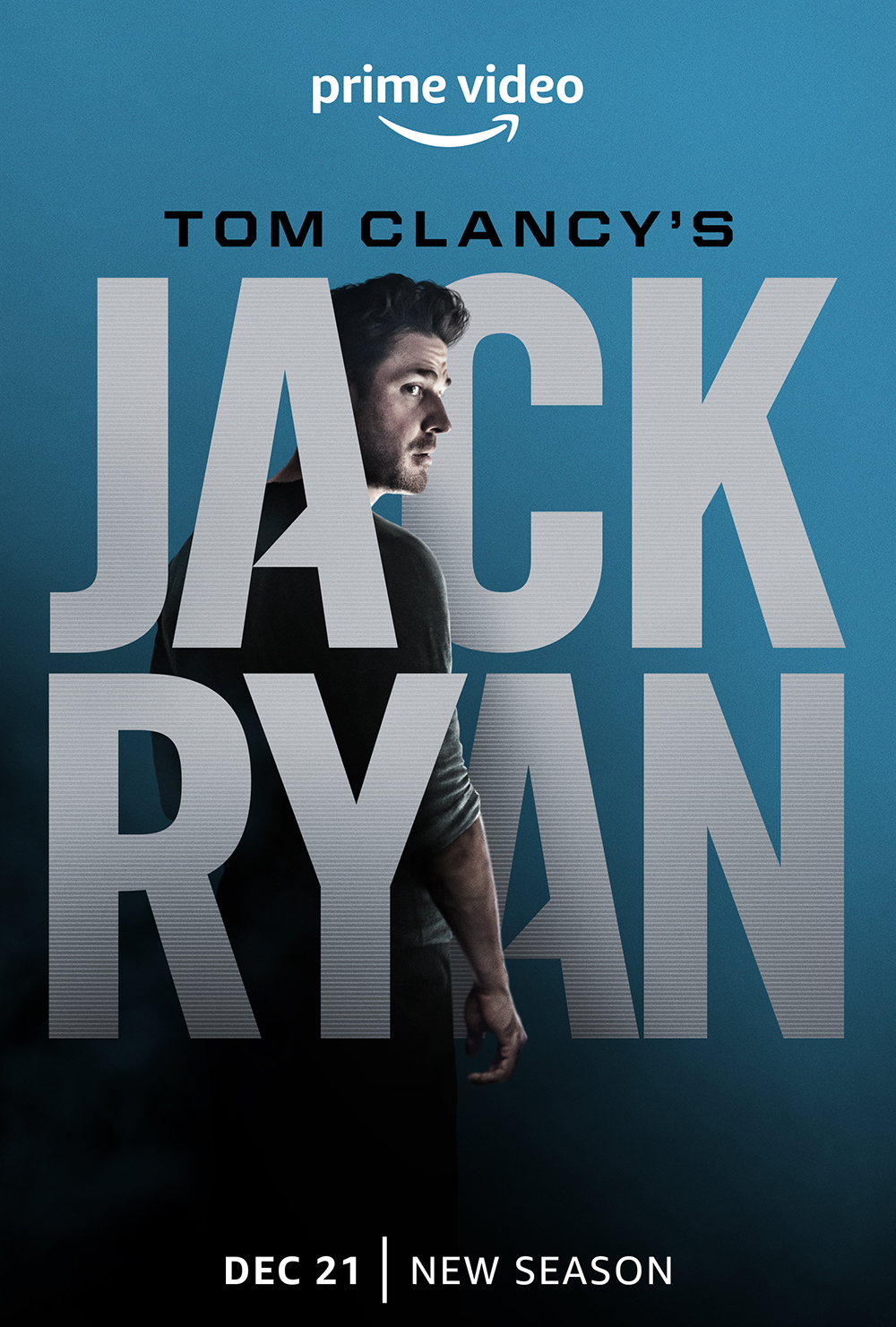 Tom Clancy's Jack Ryan is an American political action thriller television series, based on characters from the fictional Ryanverse created by Tom Clancy, that premiered on August 31, 2018, on Amazon Prime Video. The series was created by Carlton Cuse and Graham Roland. Cuse serves as an executive producer alongside John Krasinski, Michael Bay, and Mace Neufeld, among others. Krasinski also stars in the series as the title character, making him the fifth actor to portray the character after Alec Baldwin, Harrison Ford, Ben Affleck, and Chris Pine from the film series. In April 2018, Amazon renewed the series for a second season which premiered on October 31, 2019.[1] In February 2019, Amazon renewed the series for a third season which is set to premiere on December 21, 2022. Ahead of the third season, Amazon renewed the series for a fourth season. In May 2022, before the release of the third season, it was confirmed the series would end after four seasons. A spin-off starring Michael Peña as Ding Chavez is in development.

Jack is back! The highly anticipated third season of action-packed series Tom Clancy’s Jack Ryan, starring John Krasinski, is premiering on Prime Video on Wednesday, December 21.  All eight episodes of the global hit will stream exclusively on Prime Video in more than 240 countries and territories worldwide.

Season Three of the action-thriller series finds Jack Ryan on the run and in a race against time. Jack is wrongly implicated in a larger conspiracy and suddenly finds himself a fugitive out in the cold. Now, wanted by both the CIA and an international rogue faction that he has uncovered, Jack is forced underground, crisscrossing Europe, trying to stay alive, while preventing a massive global conflict. In addition to Krasinski, also returning for the third season are Wendell Pierce as James Greer and Michael Kelly as Mike November, and joining the cast are new series regulars Nina Hoss as Alena Kovac and Betty Gabriel as Elizabeth Wright.

Synopsis :
A former U.S. Army recruit, Jack Reacher has retired from the military police. His journey across the country leads him to become involved in perilous investigations.