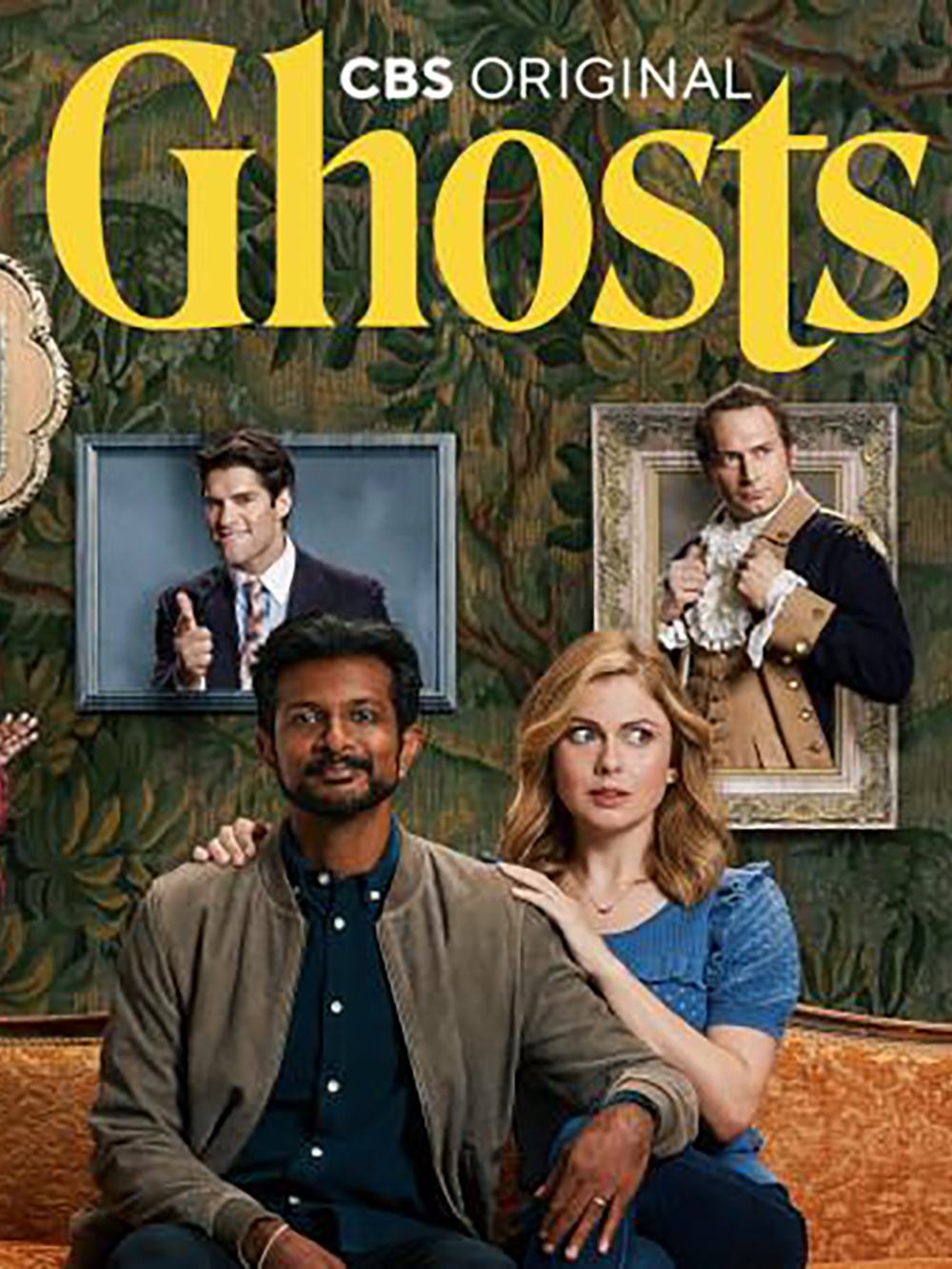 CBS Original Ghosts, television’s number one new series and the number one comedy on Paramount+, will make its San Diego Comic-Con debut for a panel discussion, a marketing activation and a Web3 Metaverse experience.

Ghosts is an American television sitcom adapted from the British series of the same name, created by Mathew Baynton, Simon Farnaby, Martha Howe-Douglas, Jim Howick, Laurence Rickard, and Ben Willbond for CBS. It premiered on October 7, 2021.  In October 2021, the series was picked up for a full season. In January 2022, the series was renewed for a second season which is set to premiere on September 29, 2022. 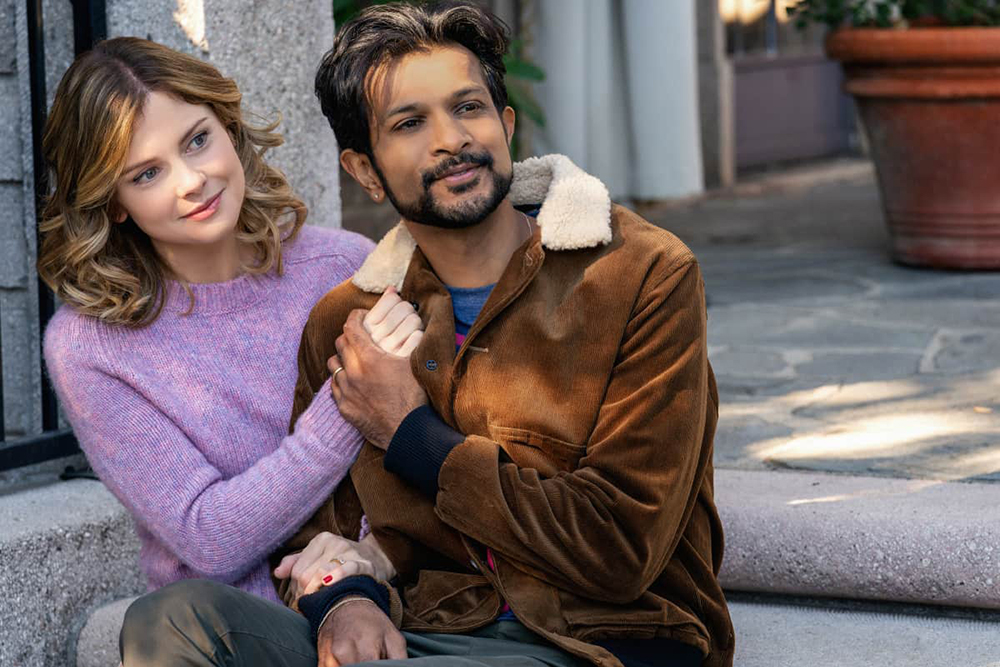 Season two of the critically acclaimed #1 new comedy/series and breakout hit Ghosts will premiere Thursday, Sept. 29 in its new time slot at 8:30 PM on CBS. The entire first season is available to stream on demand on Paramount+. The series is produced by CBS Studios in association with Lionsgate Television and BBC Studios Los Angeles Productions. It is based on the BBC Studios distributed format “Ghosts.” Additional information on Ghosts’ activities at San Diego Comic-Con will be shared within coming weeks via the show’s official Instagram and Twitter accounts @GhostsCBS. 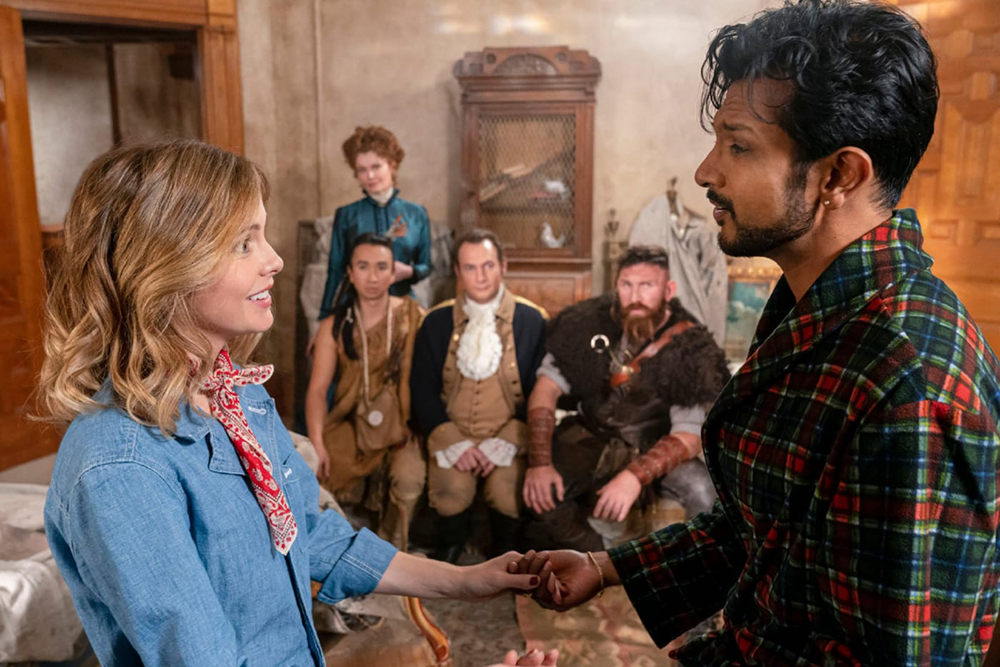 The Activation:
As part of CBS’s “Summer of Ghosts” immersive marketing campaign honoring the “recently departed” first season and its upcoming sophomore season this fall, Ghosts will show up in San Diego with Pinecone Trooper Pete’s “Friend Zone,” an activation with a campsite feel in honor of scout leader ghost Pete, whose unfortunate archery accident left him with an arrow through his neck for eternity. The activation will be set up at the Interactive Zone at Petco Park from July 21-24, and will feature a “scare-free” archery activation – but nothing is what it seems at this campsite setup on ‘the lawn’ of The Woodstone Mansion – the show’s setting and home to the ghosts. Fans can connect with Ghosts and ‘the other side’ through psychic mediums and programming that’ll give attendees insight into their past, present, and future lives. 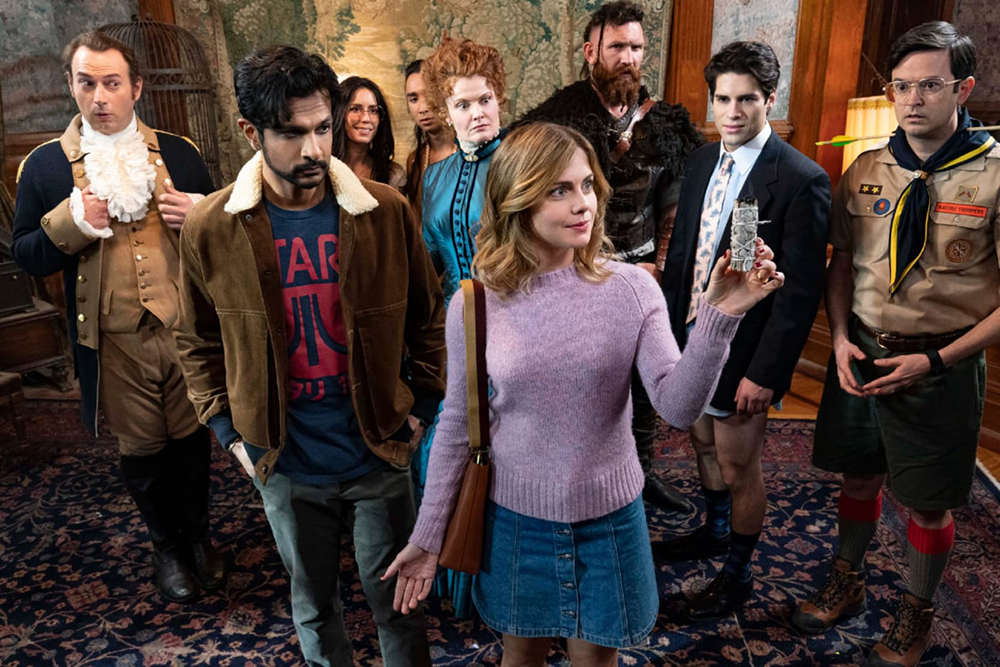 The Metaverse:
Fans who can’t make it to San Diego can still enjoy the Ghost experience in the Metaverse, which, beginning on July 21, will take fans on an immersive journey through the haunted Woodstone Mansion to solve puzzles, undertake quests and earn limited edition, collectible NFTs (Non-Fungible Tokens). The Ghosts mansion was meticulously recreated using actual blueprints and features surprising interactions with the show’s main characters.

Synopsis :
Sam and Ryan move into a house that appears to be already inhabited by the deceased former residents. With his heart on his sleeve, Sam struggles to meet the various demands of the ectoplasms in great need of attention...