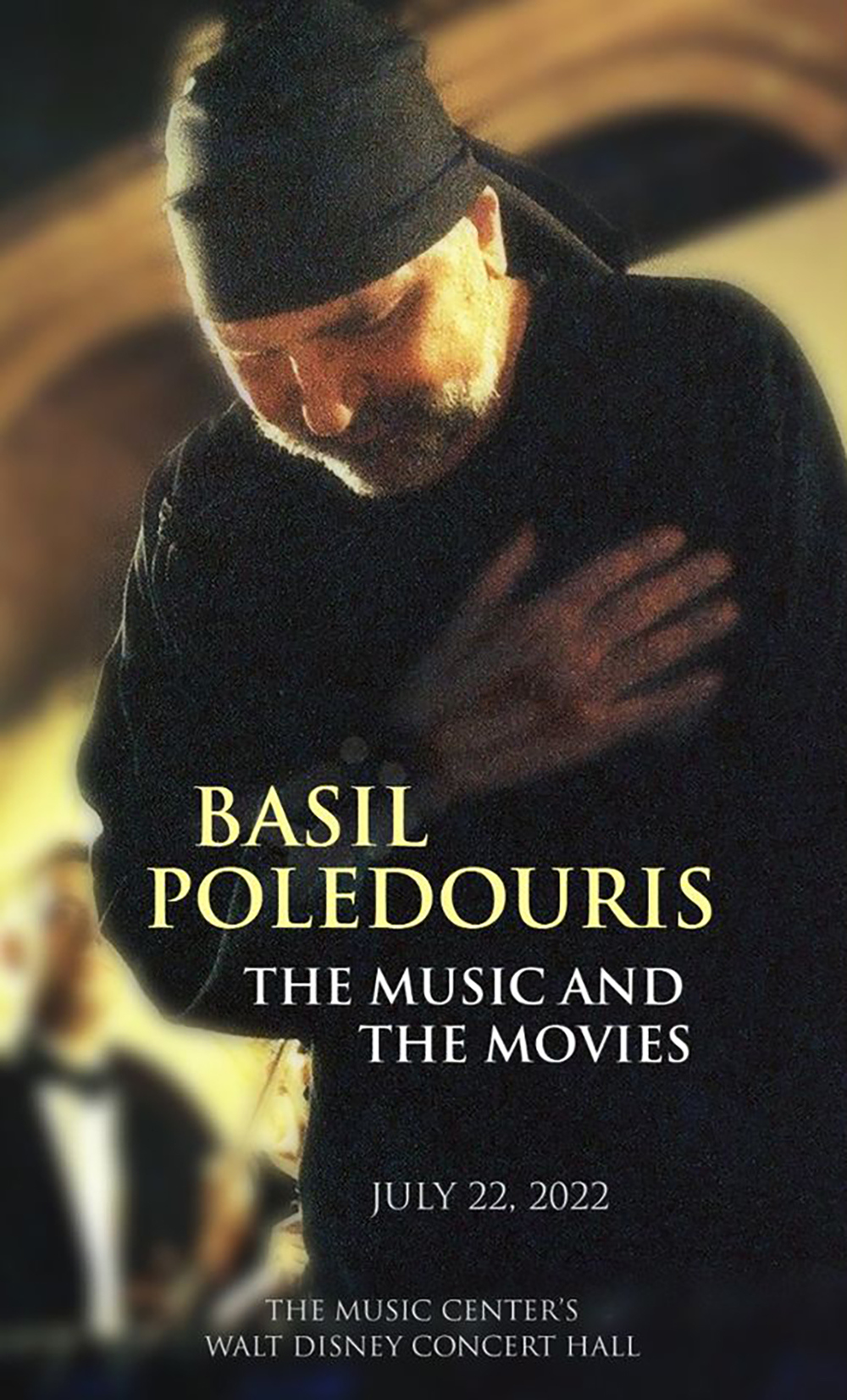 The Los Angeles Film Orchestra announces their debut performance, Basil Poledouris: The Music and The Movies at The Music Center’s Walt Disney Concert Hall on July 22 at 8pm PT.

The orchestra, under the direction of Maestro Steven Allen Fox, will also be joined by the SoCal Chorale led by Choir Maestra Marya Basaraba. Poledouris was one of film music’s most beloved composers. The concert will feature suites from many of the late composer’s critically acclaimed film scores including The Blue Lagoon, The Hunt for Red October, Free Willy and more.

Special guest conductors, colleagues and collaborators of Basil's, will join Steven Allen Fox, the Los Angeles Film Orchestra and the SoCal Chorale in this special tribute, produced and hosted by Robert Townson, who collaborated with Poledouris on twenty of his albums.

Tickets on sale now at www.musiccenter.org 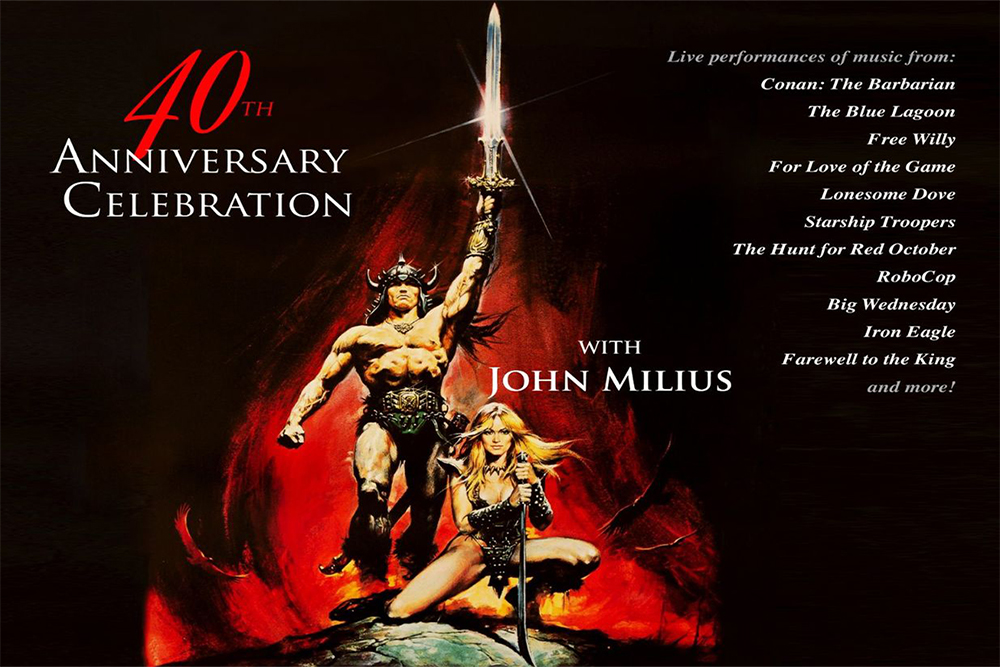 Award-winning TV and film composer Basil Poledouris garnered a reputation for his ability to transcend genres, periods, and entertainment mediums.  His television work would be rewarded with an Emmy for scoring the 1989 Western miniseries Lonesome Dove. Poledouris formal film music studies began at USC. Through USC, his big breaks came writing the scores for films directed by former USC classmates: John Milius’ Big Wed-nesday (1978) and Randall Kleiser’s The Blue Lagoon (1980). Poledouris, who became noted for his action film scores, would go on to score Milius’ Conan the Barbarian, Red Dawn, Farewell to the King and Flight of the Intruder and Kleiser’s Summer Lovers, White Fang and It’s My Party. He also enjoyed ongoing working relationships with Paul Verhoeven (Robocop and Starship Troopers), Simon Wincer (Quigley Down Under and Free Willy) and John Waters (Serial Mom and Cecil B. DeMented). He also scored The Hunt for Red October and Les Misérables, among others. In addition to writing for Lonesome Dove, Poledouris scored the 14-hour 1987 miniseries Amerika. In 1996, Poledouris was commissioned to pen music for the opening of the summer Olympic Games in Atlanta; his “Tradition of the Games” was performed by the Atlanta Symphony and a 300-voice choir. In 2006, while being treated for stage four cancer, he conducted the first live performance of the music of Conan The Barbarian at a concert in Ubeda, Spain. He succumbed to cancer four months later.

Steven Allen Fox is an innovative concert creator, conductor, producer and composer. Fox has garnered an international reputation by conducting and producing over 100 film music concerts including Avatar, Star Wars, and Disney in Concert: Tale As Old As Time. His Hollywood Bowl performances include Disney's The Little Mermaid Live in Concert, Beauty and the Beast, and Coco Live-to-Film Concert Experience. The orchestras he has conducted include the San Francisco Symphony, the Hollywood Studio Symphony, the Tenerife Symphony Orchestra, the Dallas Brass Ensemble and the City of Prague Philharmonic.  Fox has conducted and shared the stage with legendary composers including Hans Zimmer, Danny Elfman, Alan Silvestri, Richard Sherman, Thomas Newman, John Debney and Michael Giacchino. He has also conducted rock legends from Dishwalla, to Dave Lombardo from the metal band Slayer. In 2002, Fox founded, and became the musical director and conductor for the Golden State Pops Orchestra. GSPO’s credits include The Magnificent Movie Poster World of Drew Struzan, the Varése Sarabande 35th Anniversary Concert, and A Spoonful of Sherman: A Symphonic Concert. Steven Fox received a bachelor’s degree in music theory and composition from Illinois State University and a Graduate Certificate in Film and Television Scoring from the University of Southern California (USC).

Prolific film music producer Robert Townson has an impressive number of concerts and albums to his credit. In addition to producing over 1,400 albums, his concert credits include the Abbey Road Studios 80th Anniversary concert, the Universal Pictures 100th Anniversary concert, China’s first film music concert featuring the Macau Orchestra at the Venetian Resort Hotel, and birthday celebration concerts for composers Jerry Goldsmith, Elmer Bernstein and Lalo Schifrin. Townson has collaborated with Steven Allen Fox’s Golden State Pops Orchestra on a prestigious and ongoing series of Los Angeles concerts over the last decade. His 35-year career has seen him work with virtually every major film composer and had a long friendship and working relationship with Basil Poledouris.