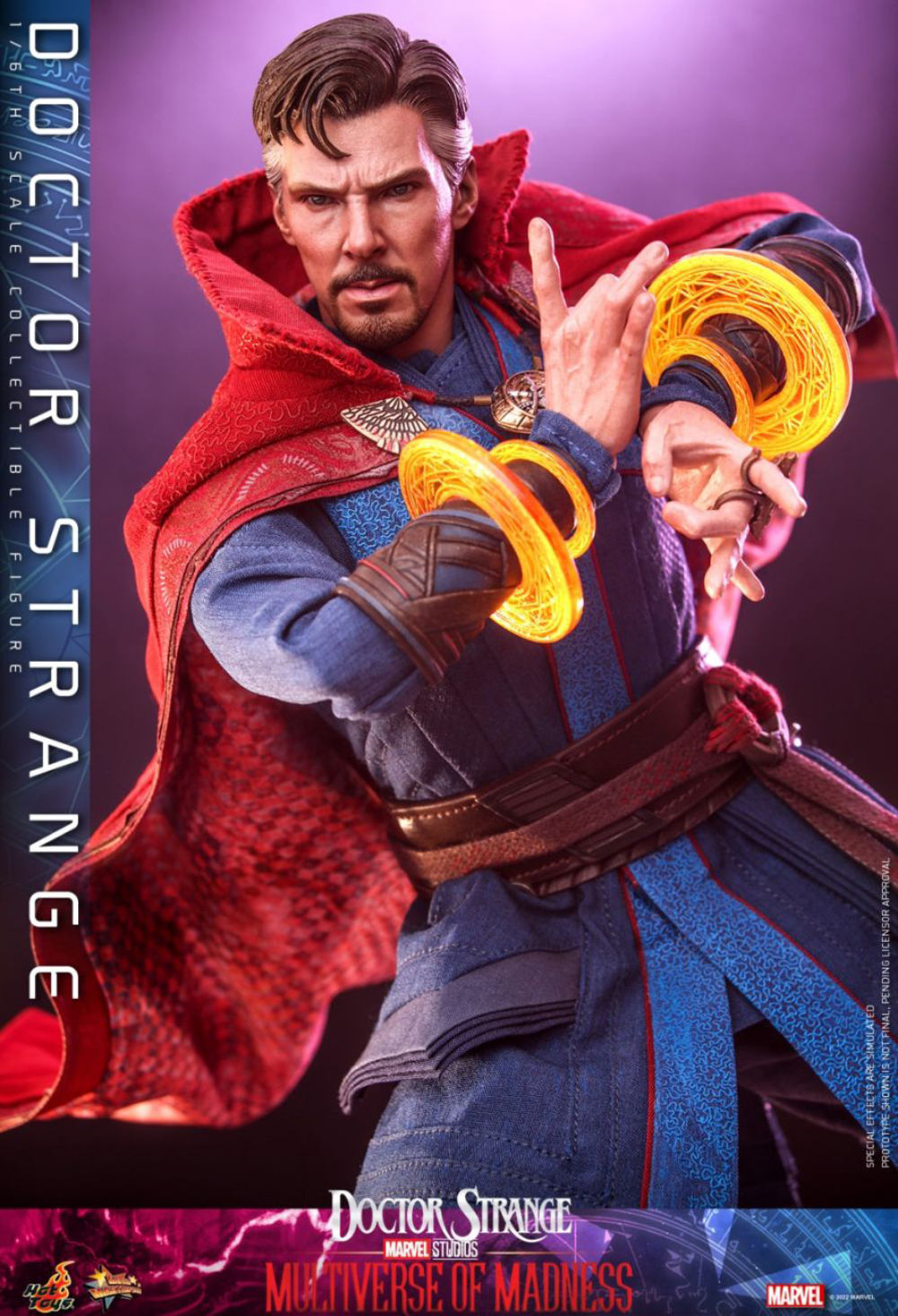 “Dreams are windows into the lives of our Multiversal selves.”– Doctor Strange

Marvel's latest cinematic blockbuster, Doctor Strange in the Multiverse of Madness, explores the Multiverse in the MCU and reveals even more threats lurking through every dimension. Doctor Stephen Strange must use all his powers as former Sorcerer Supreme and Master of the Mystic Arts to journey into the unknown — allying with companions both old and new, to confront disturbing variants of some familiar faces along the way.

Hot Toys' latest Movie Masterpiece 1/6 scale figure is inspired by Benedict Cumberbatch as he appeared as Doctor Strange in the movie, Doctor Strange in the Multiverse of Madness. The Doctor Strange 1/6 Scale Figure features a newly developed hand-painted head sculpt and a meticulously tailored screen accurate recreation of his layered costume. The figure also includes a new Cloak of Levitation with a blue patch, multiple accessories including the Book of Vishanti, a pair of handcuffs, his sling rings, the Eye of Agamotto, a selection of interchangeable mystic arts effects, and much more! 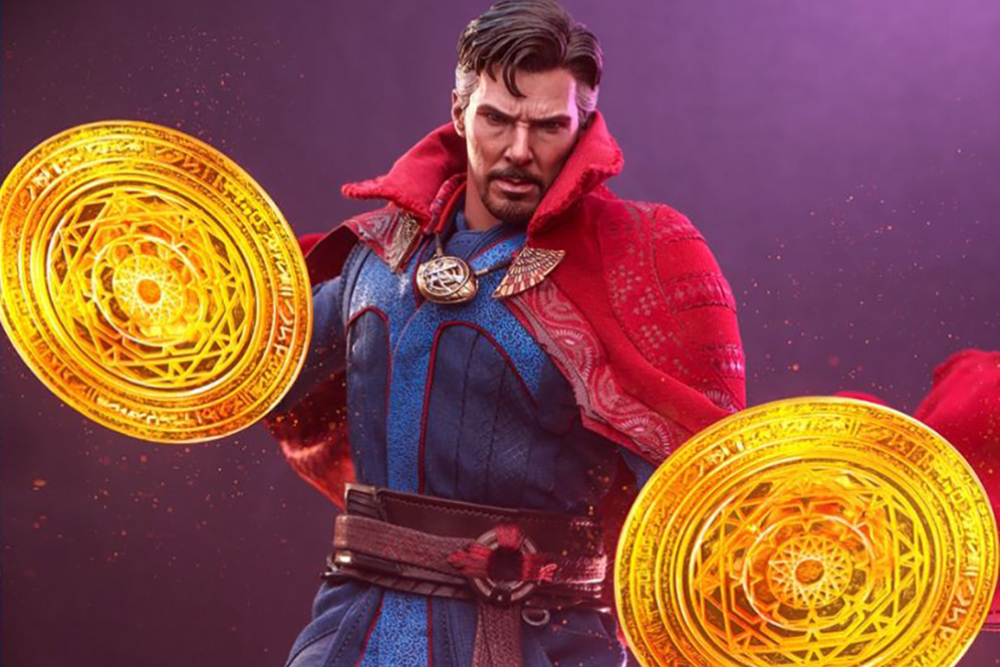 Following the movie's release, Hot Toys have also teased an additonal Doctor Strange head sculpt with a third eye on his forehead, as seen in the post-credits scenes. 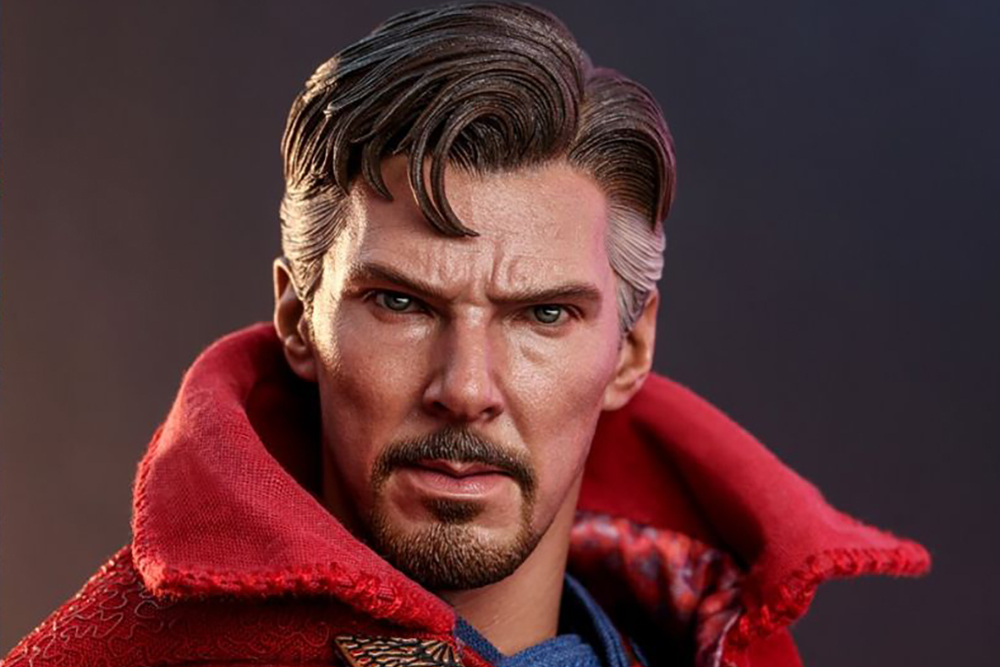 Costume :
- One red and blue colored cape (The Cloak of Levitation) adorned with intricate embroidery and special magnetic clip-on design
- One navy-colored under-tunic
- One multi-layered blue and navy-colored tunic
- Two dark brown-colored cummerbund
- One pair of arm wraps
- One pair of dark blue-colored pants
- One pair of black boots 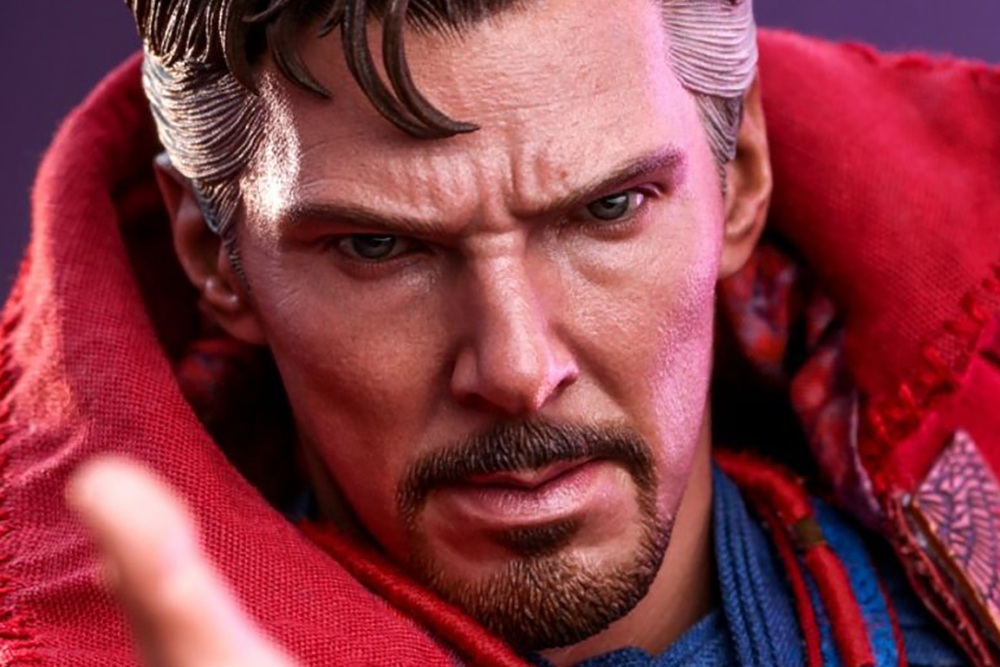 Synopsis :
Following the events of Spider-Man: No Way Home (2021) and the first season of Loki (2021), Dr. Stephen Strange's continuing research on the Time Stone is hindered by a friend-turned-enemy, resulting in Strange unleashing unspeakable evil. 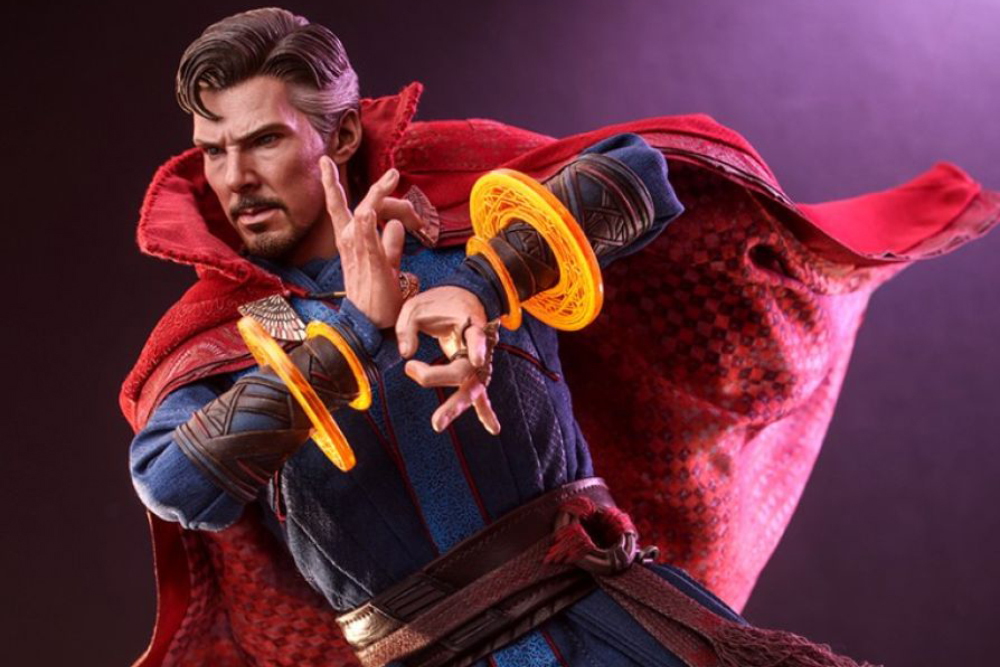 *Prototype shown is not final, pending licensor approval
**Product details could be subjected to change without further notice