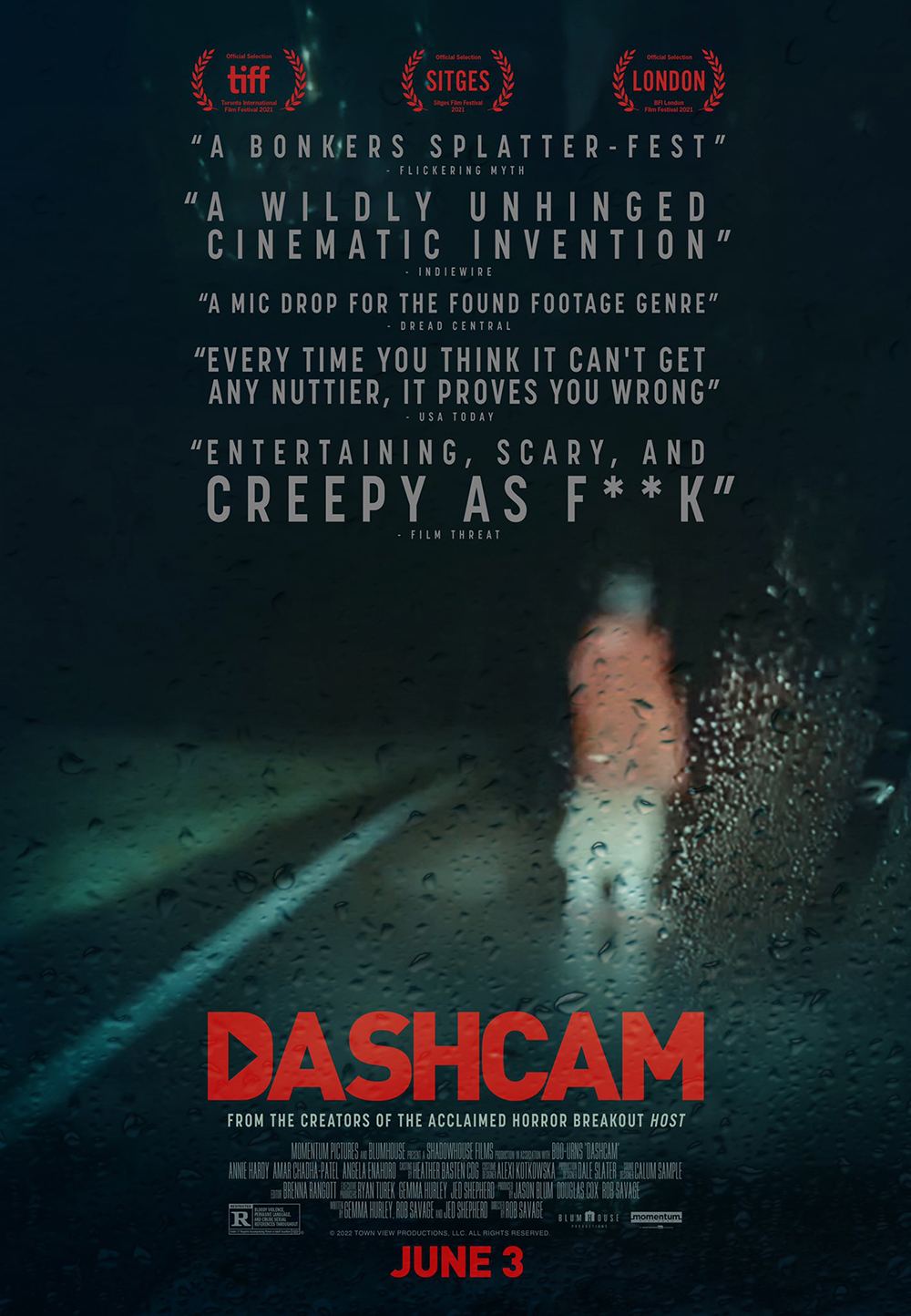 Dashcam is a 2021 computer screen horror film directed by Rob Savage and written by Gemma Hurley, Savage and Jed Shepherd. It stars Annie Hardy and the film was produced by Jason Blum through his Blumhouse Productions banner. The entire film is shot from the perspective of either Hardy's hand-held iPhone or the dashcam in her car, as she livestreams her actions for viewers whose comments on the events are also displayed. Dashcam premiered in the Midnight Madness selection at the 2021 Toronto International Film Festival on September 13, 2021, where it was named second runner up for the People's Choice Award: Midnight Madness.

Dashcam will be released on VOD & theatrically nationwide on June 3, 2022 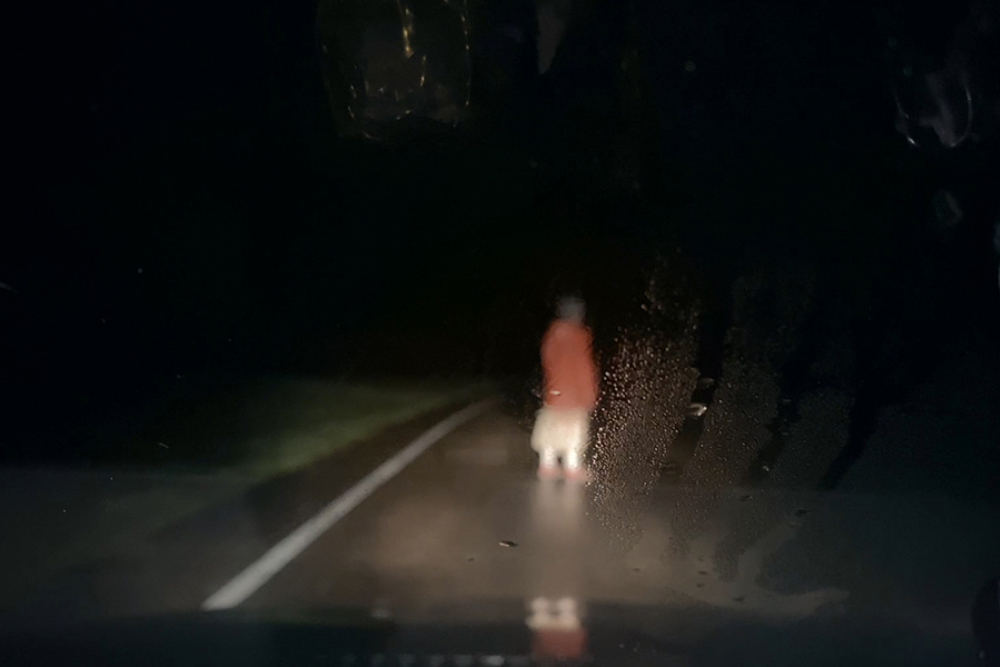 Synopsis:
In the midst of lockdown, musician Annie has been livestreaming with her fans, taking their comments, and turning them into rap lyrics as she drives around downtown Los Angeles. Exasperated by her pandemic lifestyle, Annie escapes to the UK to visit her old band mate Stretch, livestreaming the whole way. Her arrival and behavior incite contempt from Stretch's girlfriend, and she causes chaos when tagging along on his food delivery job. After an argument, Annie runs off with Stretch’s car and phone, using them to take over his food pickups where she encounters a stranger who asks her for a delivery of a different kind: a frail elderly woman called Angela who is being followed by someone looking to do her harm. Annie identifies with Angela’s plight and with the added incentive of an envelope of cash, she agrees to deliver Angela to a safe address out of town. Annie and Stretch soon find themselves caught up in a twisted plan with sinister forces at work, and as the night progresses and the chaos builds, they must fight for their lives against a supernatural creature intent on making Annie its new host.