“I’m not fit to walk a mile in He-Man’s shoes - but thanks to the good folks at PUMA, now I can! ,” said Masters of the Universe’s showrunner and executive producer Kevin Smith. “So I’ll be rocking those, as well as my Skeletor sneakers, until the end of the Universe!” 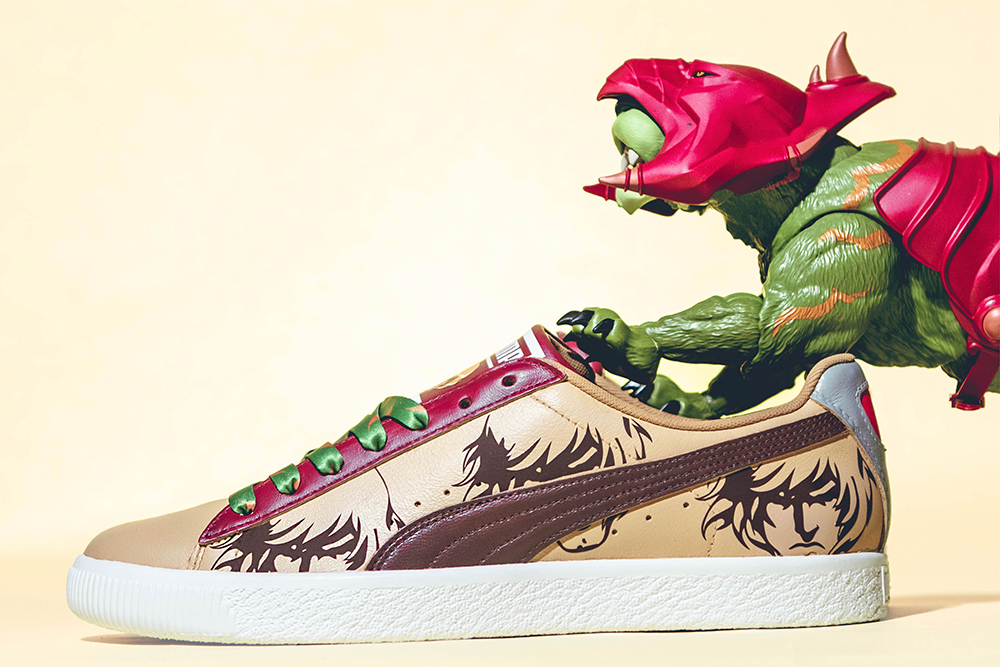 The PUMA Clyde draws inspiration from the show’s superhero He-Man. This special-edition Clyde features hand-mixed colors to match He-Man’s outfit, an enlarged die-cut He-Man that covers the side of the shoes and laces that include a Battle Cat print. To complete the full design, the shoe’s insoles showcase the mighty fortress, Castle Grayskull. 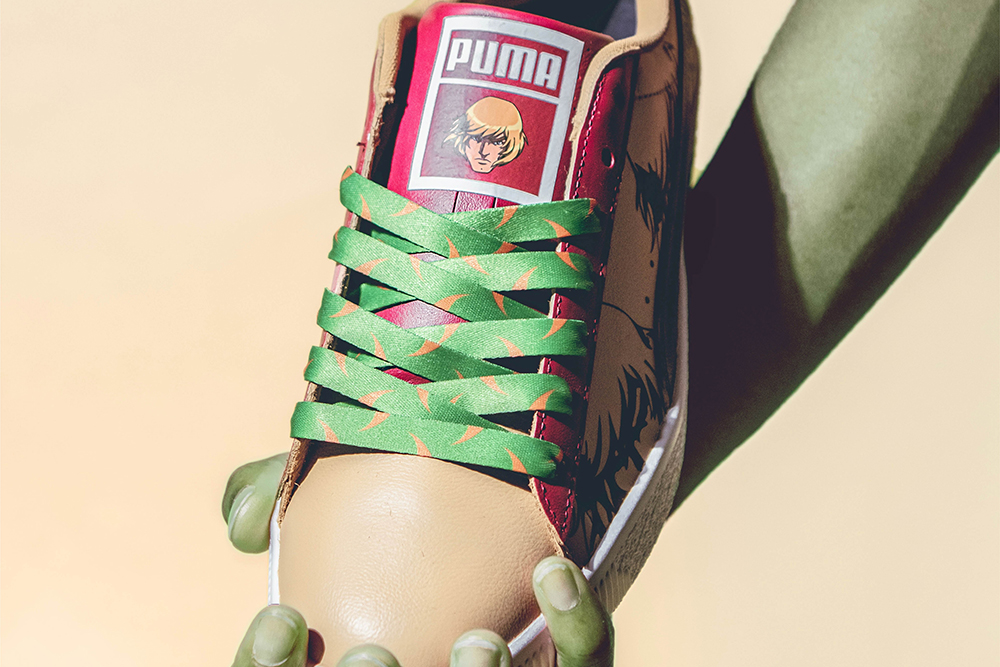 The PUMA x Masters of the Universe collab creative directed by Kevin Smith will be available exclusively at Footlocker.com starting November 30, with the Clyde and Suede retailing for $150. 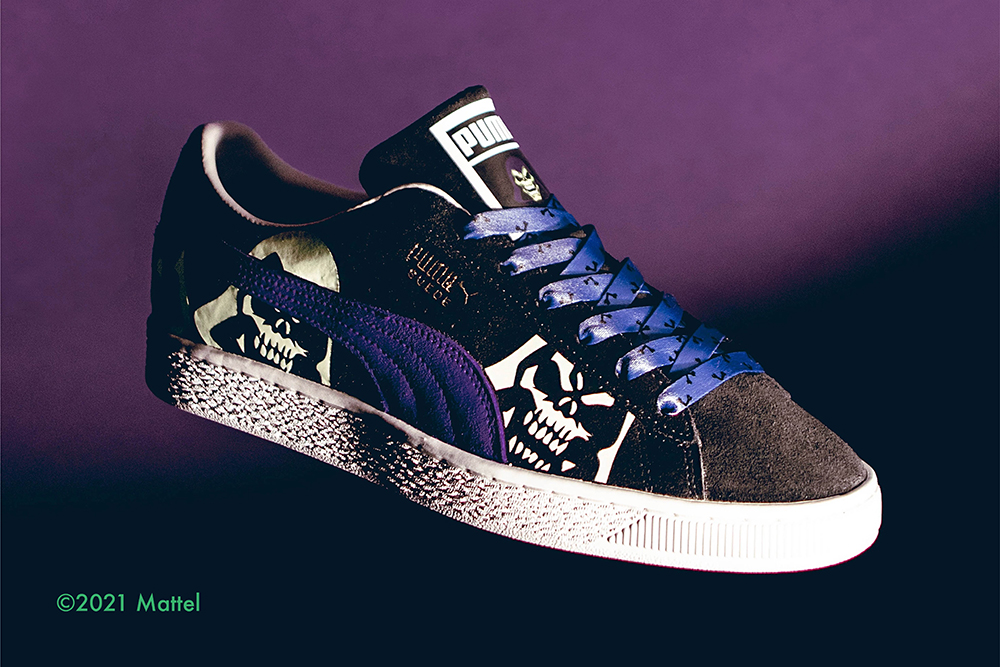 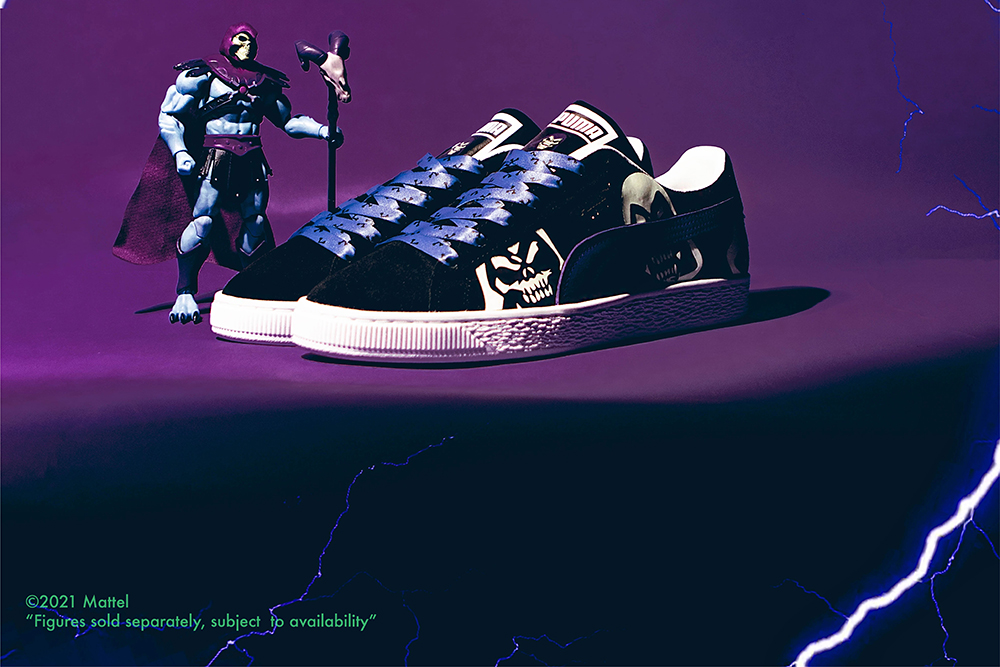 Synopsis:
The war for Eternia culminates in Masters of the universe: revelation, an innovative and action-packed animated series that picks up where the iconic characters left off decades ago. After a cataclysmic battle between He-Man and Skeletor, Eternia is fractured and the Guardians of Grayskull are scattered. And after decades of secrets separate them, it's up to Teela to reunite the band of broken heroes and solve the mystery of the missing sword of power in a race against time to restore Eternia and prevent the end of the universe. 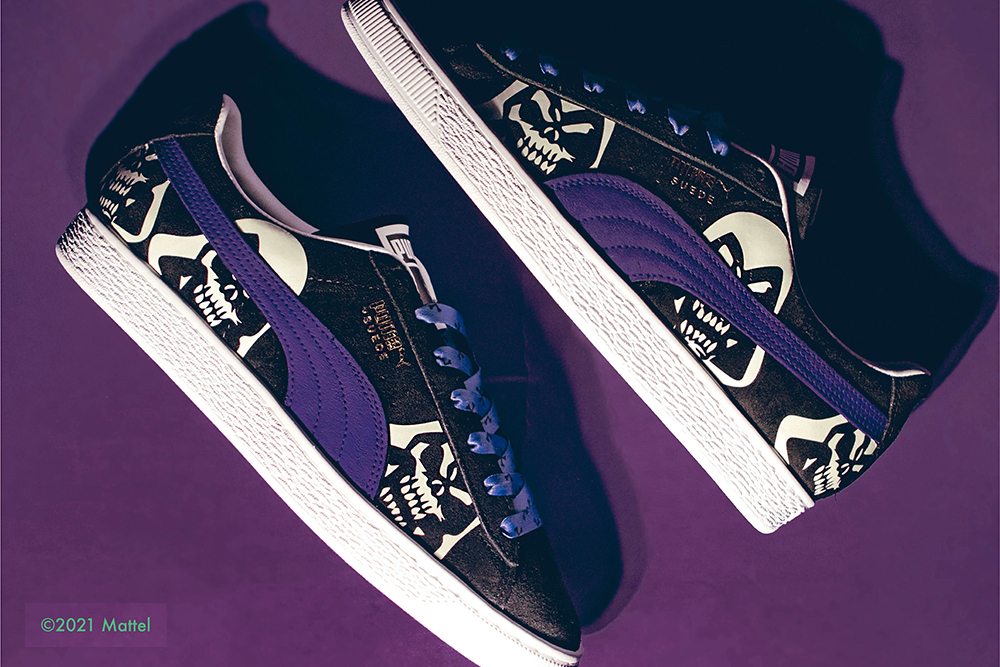