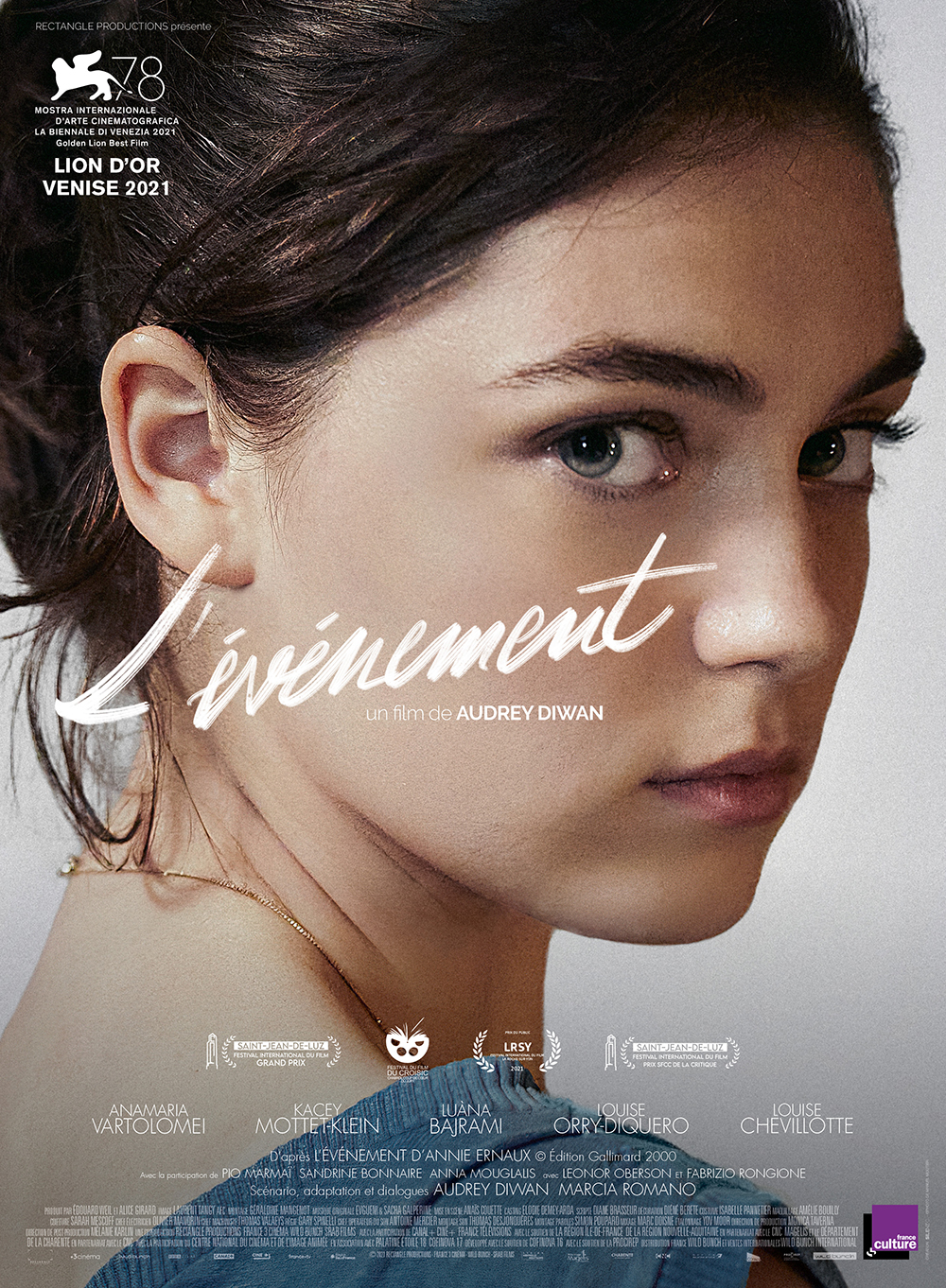 "When I left the screening of THE HAPPENING, I was very moved, and all I could think of to say to Audrey Diwan were these words: "You have made a just film." Fair, that is to say, as close as possible to what it meant for a girl to discover herself pregnant in the sixties when the law prohibited and punished abortion. The film does not demonstrate, does not judge, does not dramatize. It follows Anne in her life and environment as a student from the moment she waits in vain for her period to the moment when her pregnancy is behind her, when "the Event" has taken place. Simply - in a manner of speaking - it is through Anne's gaze, her gestures, her way of behaving with others, of walking, her silences, that he makes us feel the sudden change in her existence, in her body which becomes heavier, demands food and becomes disgusted. That he makes us enter the unspeakable horror of the time which advances and is displayed in weeks on the screen, the dismay and the discouragement of solutions which collapse but also - it is very clear - the determination to go until the end. And, when all is accomplished, on Anne's peaceful and luminous face, in the midst of the other students, one can read the certainty of a future that is once again open. I can't imagine anyone else than Anamaria Vartolomei to play Anne and, in a way, to play myself at 23 years old. But the film would not have been totally accurate in my eyes if it had concealed the practices that women resorted to before the Veil Law. Audrey Diwan has the courage to show them in their brutal reality, the knitting needle, the probe introduced into the uterus by an "angel maker". Because it is only in this way, in the disturbance caused by these images, that we can become aware of what has been inflicted on women's bodies and what it would mean to go back. Twenty years ago, I wrote at the end of my book that what had happened to me during those three months of 1964 appeared to me "as a total experience", of time, of morality and of the forbidden, of the law, "an experience lived from one end to the other through the body". It is this, in short, that Audrey Diwan gives to see and feel in her film. - Annie Ernaux 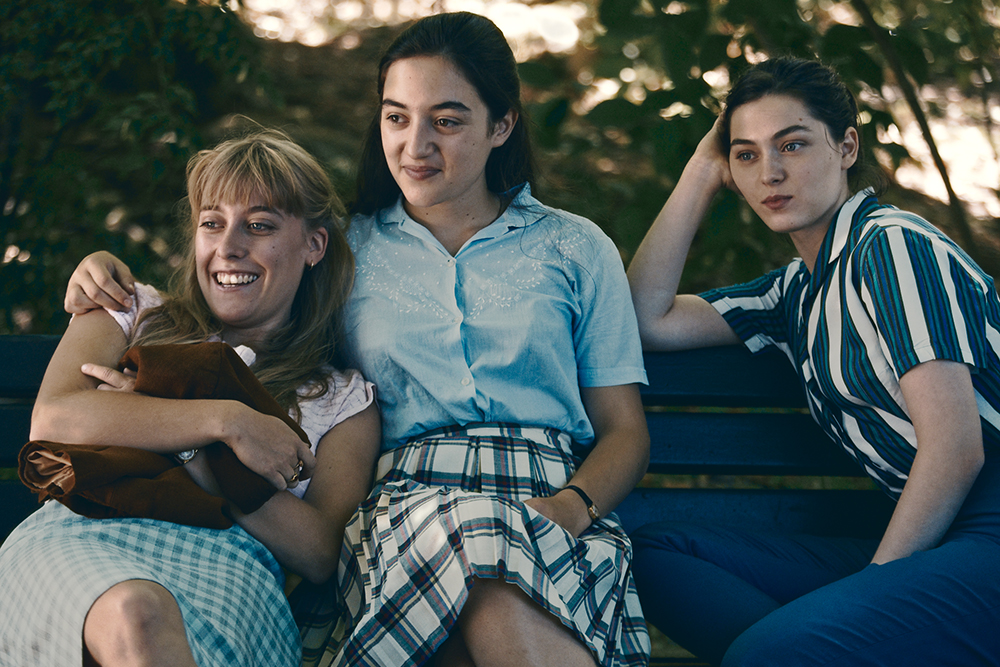 Happening is a 2021 French drama film directed by Audrey Diwan from a screenplay by Diwan and Marcia Romano, based on the novel of the same name written in 2000 by Annie Ernaux. We find in the cast in the main roles Anamaria Vartolomei and Luàna Bajrami. The film is distributed by Wild Bunch.  The film began shooting on July 27, 2020 and took place throughout the summer. The film entered post-production in January 2021. It was selected for the world premiere in competition at the 78th Venice International Film Festival on September 6, 2021, where the film won the Golden Lion. 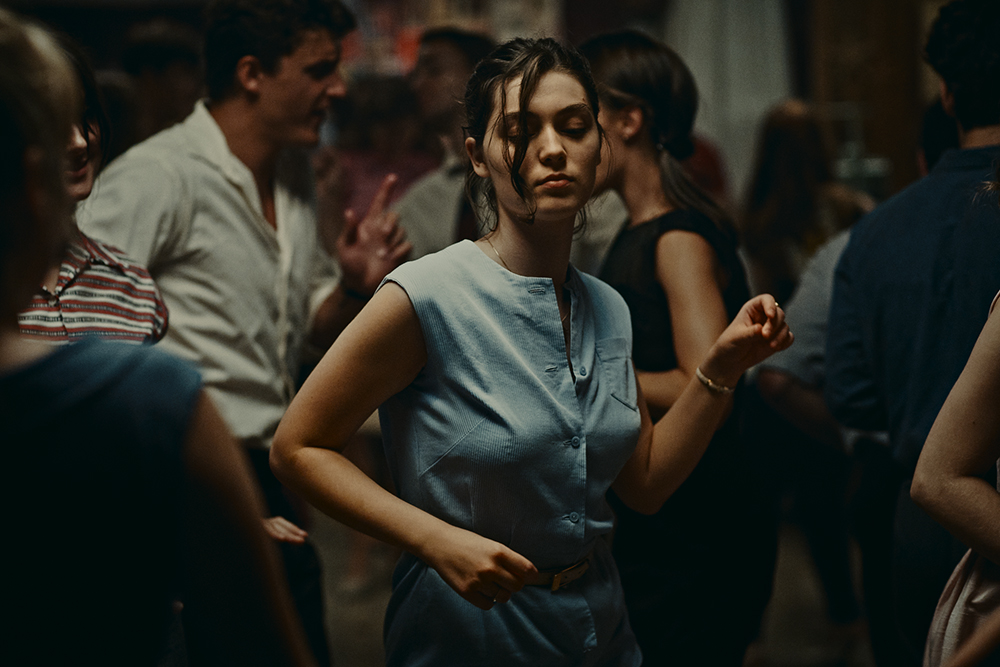 Synopsis:
France, 1963. Anne, a promising student, becomes pregnant. She decides to have an abortion, ready to do anything to dispose of her body and her future. She sets out alone in a race against time, defying the law. The exams are approaching and her belly is getting bigger. 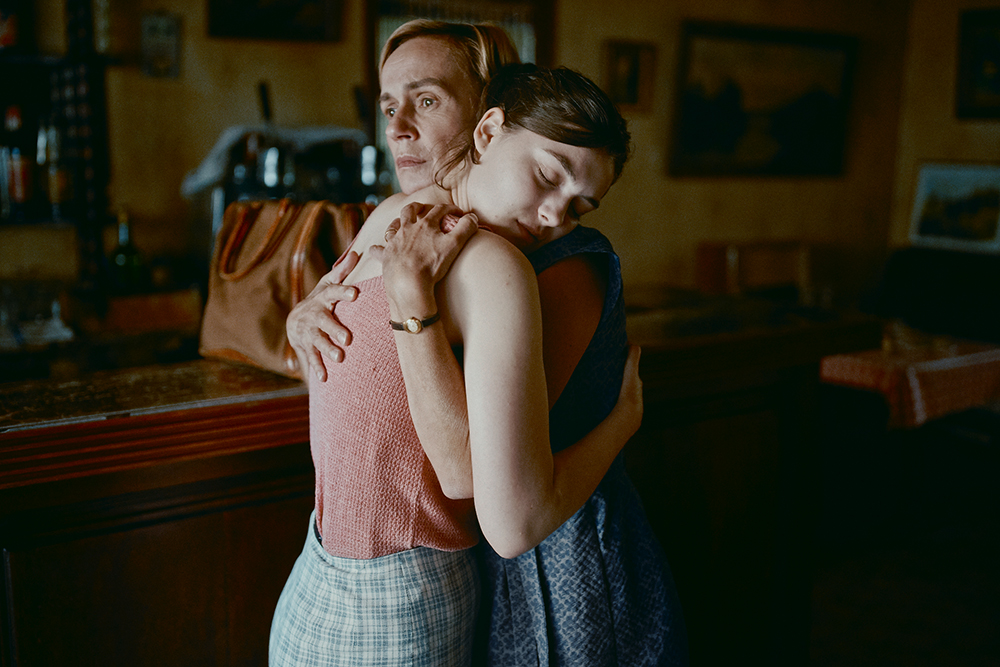