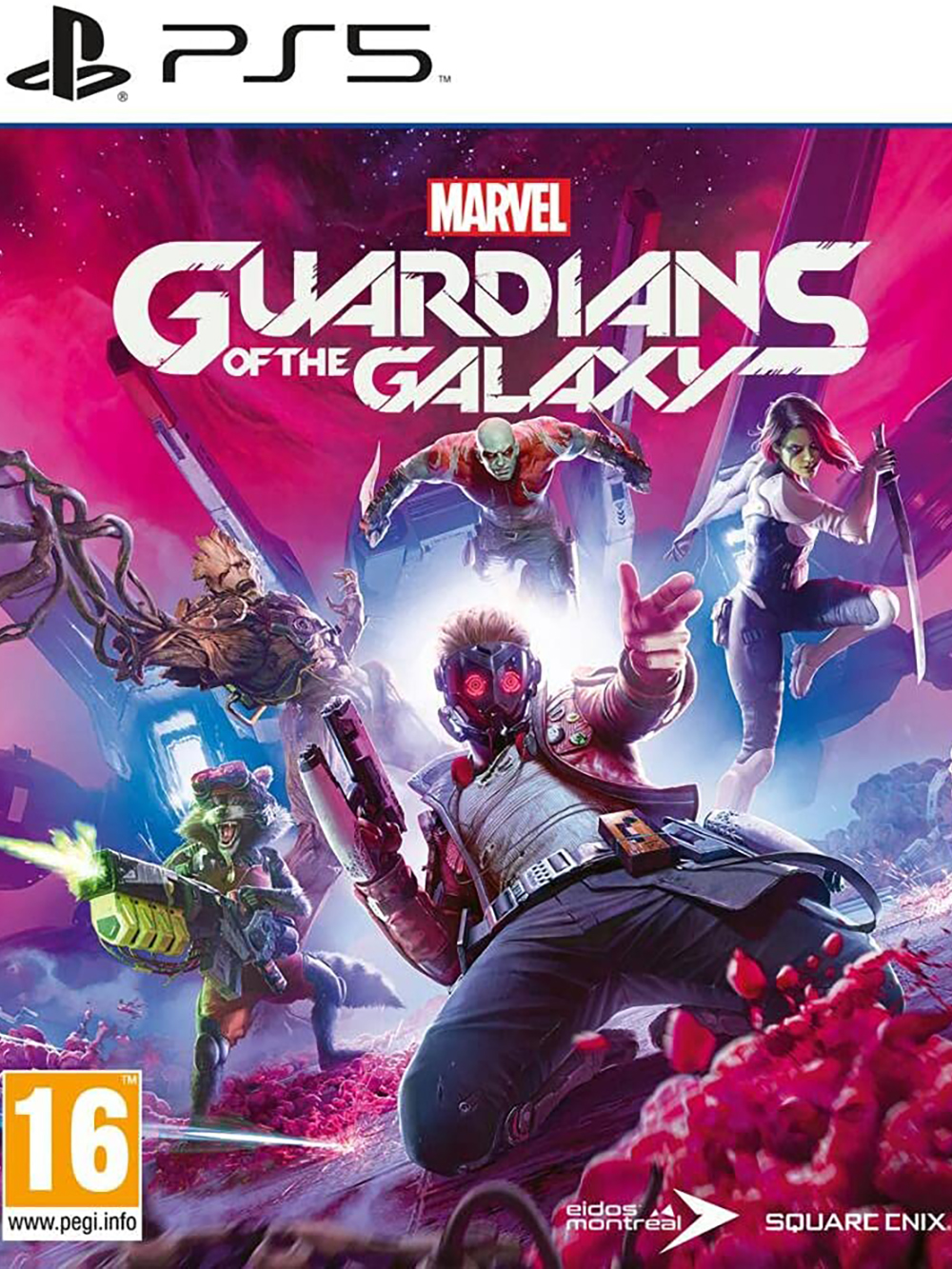 "It's an honor for the Eidos-Montreal team to have been able to work on such an iconic franchise alongside our loyal collaborators at Marvel Entertainment," said David Anfossi, studio director of Eidos-Montreal. "Our teams are known for revisiting licenses and adding their own unique style and expertise to the stories and art surrounding them. As you'll discover, that's exactly what we've done in Marvel's Guardians of the Galaxy." 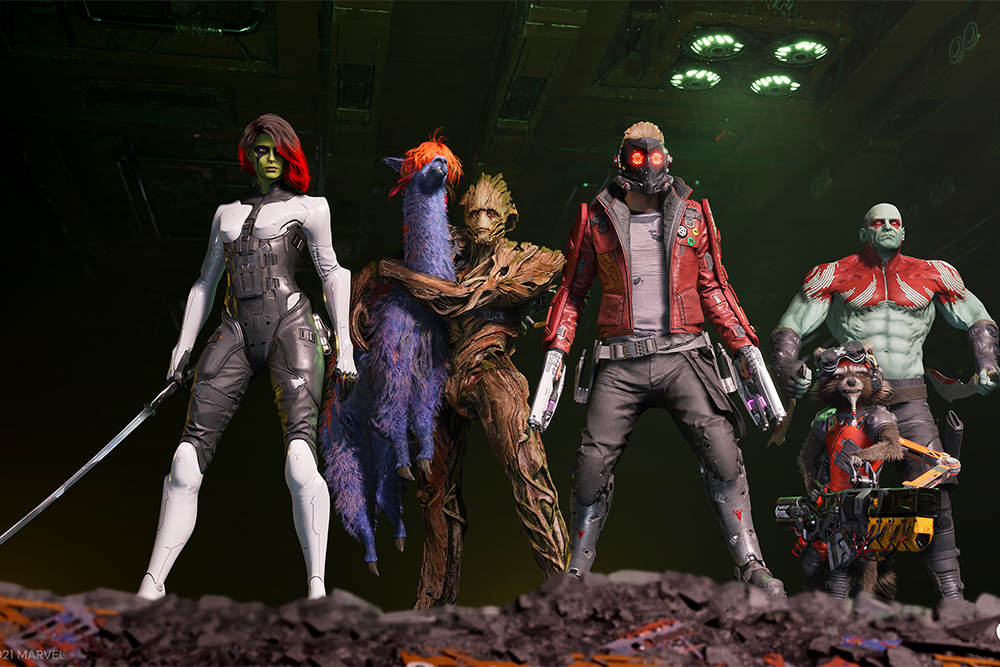 Today, Eidos-Montreal released a brand new cinematic for Marvel's Guardians of the Galaxy, which features an exchange between Cosmo the space dog, the Guardians and a bunch of adorable puppies. In the cinematic, which takes place at his base on Knowhere, Cosmo chases his tail, plays ball and growls at Rocket while discussing their shared interest in uncovering the latest galactic mysteries with Star-Lord.

Cosmo, a very sweet pooch with many canine concerns, is a former Soviet space dog who currently serves as the head of security on Knowhere and as the father of a litter of Russian puppies. Combining his psionic and telepathic abilities that allow him to communicate with humans, raccoons, and trees, Cosmo will be a valuable ally to the Guardians as they travel to the farthest reaches of the galaxy. 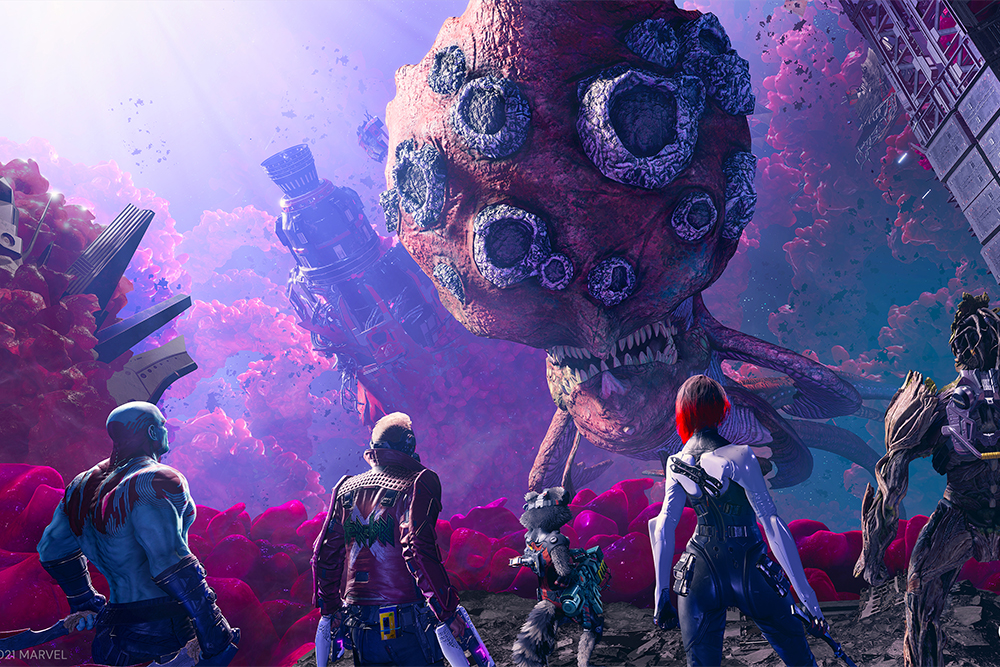 Put on Star-Lord's jet boots and embark on a wild ride across the galaxy in this all-new version of Marvel's Guardians of the Galaxy. Accompanied by the unpredictable Guardians, you'll find yourself in the most explosive situations and meet famous Marvel characters and newcomers alike, all of whom are involved in the fate of the universe. It'll do. It should. 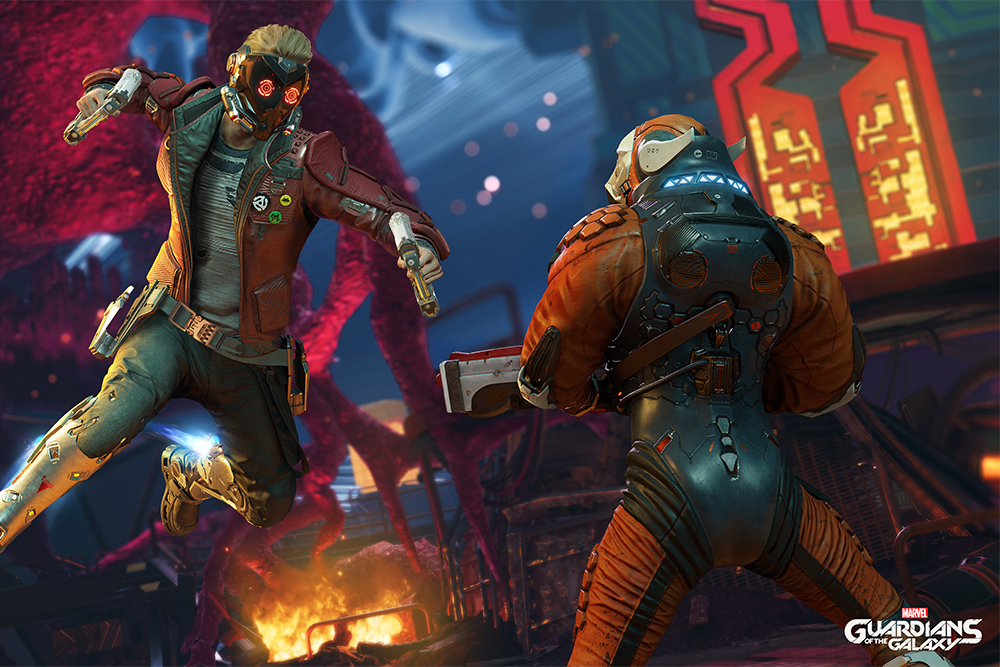 Marvel's Guardians of the Galaxy offers a new take on the Guardians for players. Comments from Bruno Gauthier-Leblanc, Art Director at Eidos-Montreal, reveal more about the care taken in designing each character to ensure they draw inspiration from the extended Marvel universe, while fitting the game's original story.  Bruno Gauthier-Leblanc said, "We wanted to keep the Guardians' design true to the story we created, while making sure they were instantly recognizable as the Guardians of the Galaxy that fans love. We've built this fun, dysfunctional family by combining elements from the Marvel comics with the backstory we've imagined for them, giving each Guardian a unique look that fits into the gameplay mechanics." Bruno reveals that the unique appearance of Star-Lord, the self-proclaimed leader of the Guardians, is inspired by his rock-and-roll loving space pirate image. His outfit is full of '80s references, including tributes to his favorite rock band and namesake: Star-Lord. 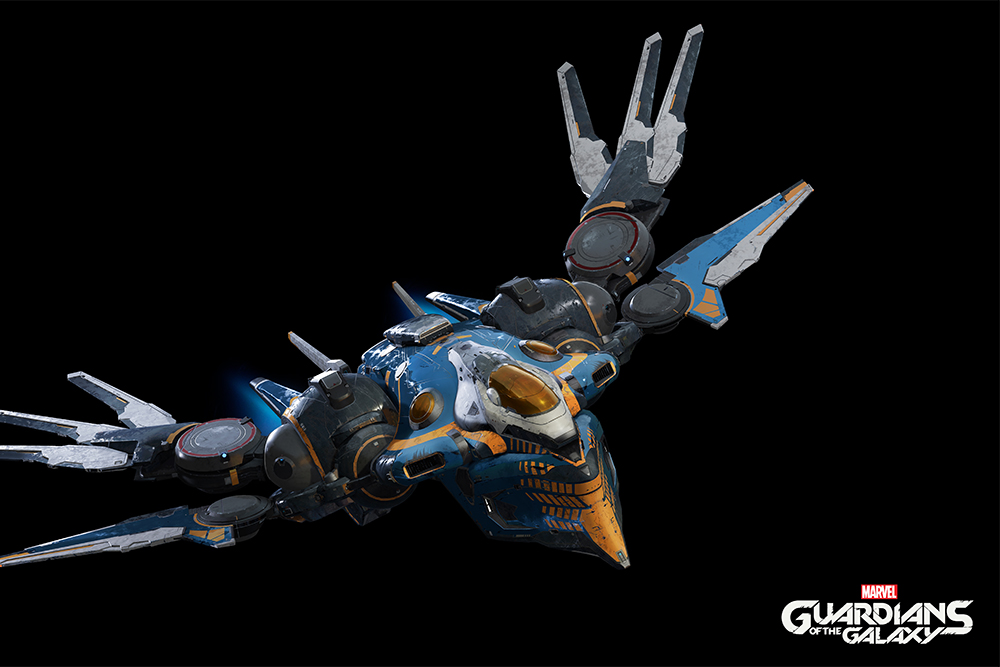 Drax the Destroyer's appearance shows off his vast experience in battle, and every Katathian scarification on his body is there to show off his every victory. Bruno explains that Drax's design also represents the environment of Katath, his home planet, where the architecture resembles the circular shape of his body tributes.The character design team gave a strong and imposing style to Gamora, the most dangerous woman in the universe. Her white and black outfit is inspired by the comics and the team added some deadly decorations, so that she is ready to fight at any time. Bruno concludes by explaining that the relationship between the characters influenced some of the visual choices. Rocket and Groot's designs are linked to represent their friendship. That's why Rocket wears a bead of Groot's likeness on his goatee. These intertwined designs allow the two to work together during combat, as Groot wears a harness on his back that allows Rocket to use him as a turret. 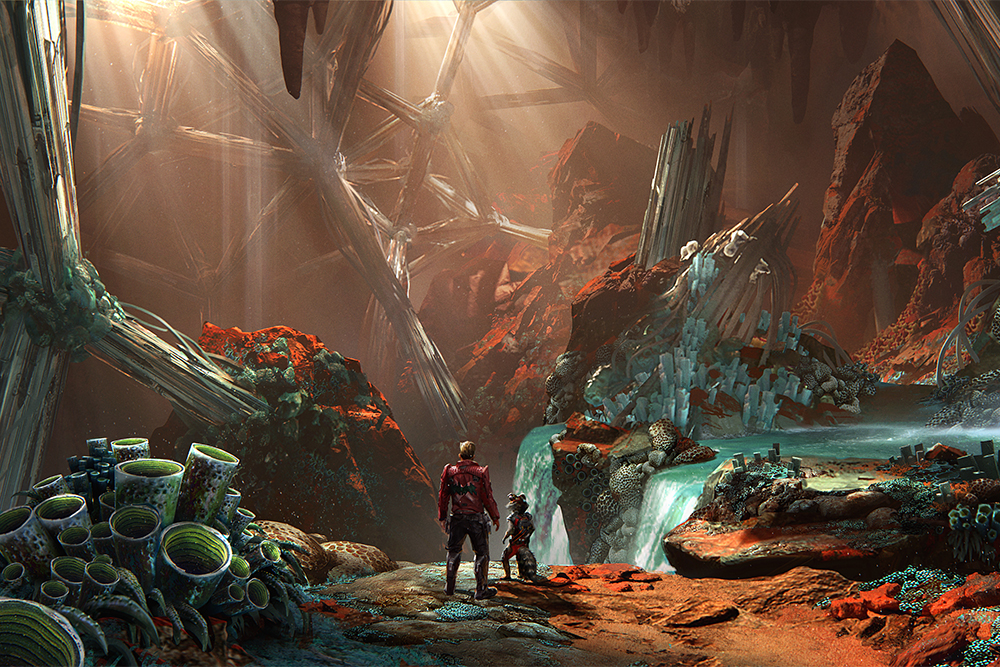 Marvel's Guardians of the Galaxy takes place in the aftermath of an epic conflict known as the Galactic War, Marvel's Guardians of the Galaxy invites players to walk in Peter Quill's jet boots for a light year and lead his band of mercenary outcasts across the cosmos in search of glory, riches, and a way out of the mess they've gotten themselves into., Grand Unifier Raker brings Star-Lord, Drax, Gamora, Rocket and Groot to the Universal Church of Truth, where the Guardians discover a ritual involving the mysterious Matriarch. Grand Unifier Raker explains that the Matriarch wishes to share with them a truth that can supposedly end all pain. As always with the Guardians, things don't go at all as planned and they manage to alienate half the galaxy... The Guardians will have to take it to the next level and show their worth to save the galaxy. The video also includes characters like the Xandarian Worldmind and everyone's favorite Russian space telepathic dog, Cosmo. In the Marvel's Guardians of the Galaxy universe, Star-Lord is the name of Peter Quill's favorite rock band, which he later borrowed to use as his famous nickname. 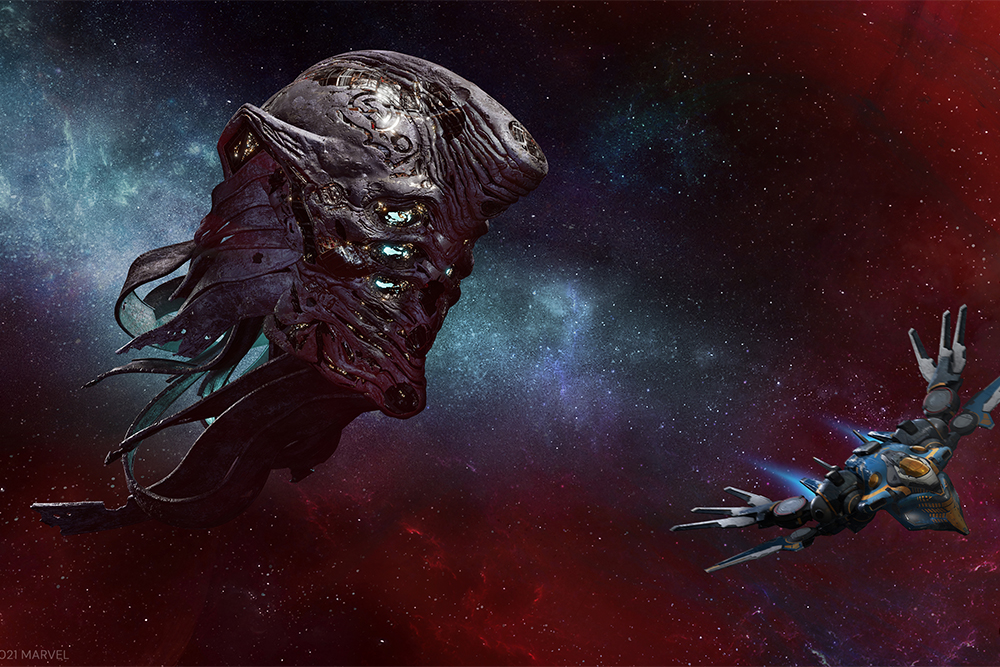 Jay Ong, executive vice president and general manager of Marvel Games, said, "The Guardians franchise is an exciting blend of science fiction, family drama and rock 'n' roll with a cutting-edge aesthetic. "We are thrilled to be working with Eidos-Montreal because we know they are up to the challenge. The team's vision for our favorite eccentrics illuminates Marvel's Guardians of the Galaxy. We can't wait for our fans to play it in October."

Embrace Star-Lord's dynamic fighting style as he pulverizes opponents with his elemental blasters and call upon each Guardian's unique skills to defeat an array of interplanetary enemies. As the self-appointed leader of the Guardians of the Galaxy, the player will have to make choices during various dialogues and interactions between Quill and his team, strengthening the bonds within this dysfunctional family. 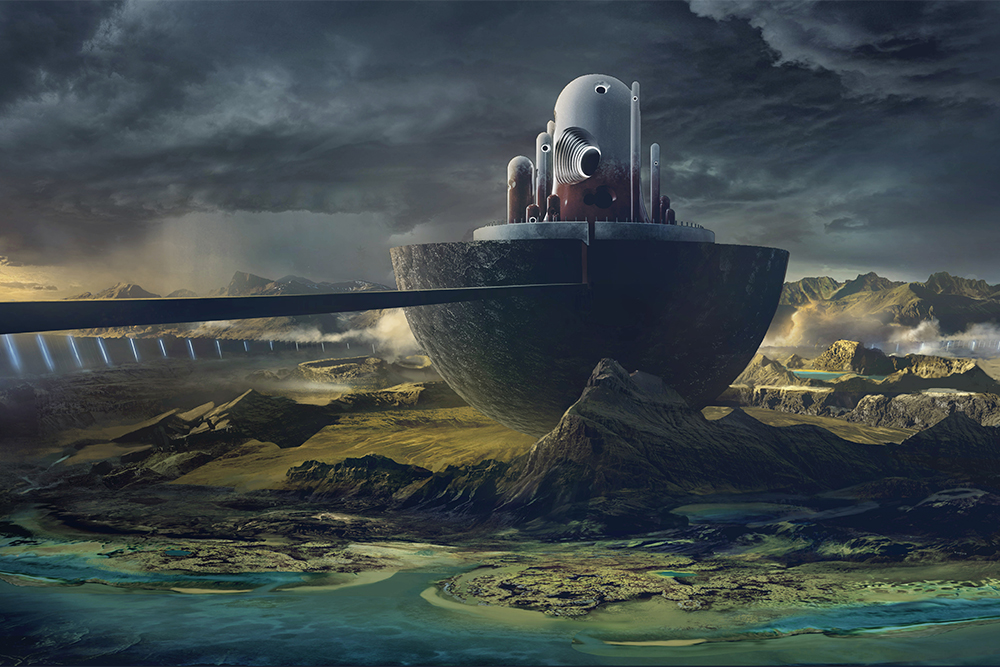 Finally, Marvel's Guardians of the Galaxy wouldn't be complete without a killer soundtrack to listen to as you cruise through space aboard the Milano. The game is packed with 80's classics and original tracks.

Marvel's Guardians of the Galaxy will be available on PlayStation®5, PlayStation®4, Xbox Series X|S, Xbox One and PC (digital), as well as streaming via GeForce NOW, on October 26, 2021. The Standard and Deluxe Editions are available for order now. For detailed content on each edition and to learn more about Marvel's Guardians of the Galaxy, visit the official game website and follow us on social media. 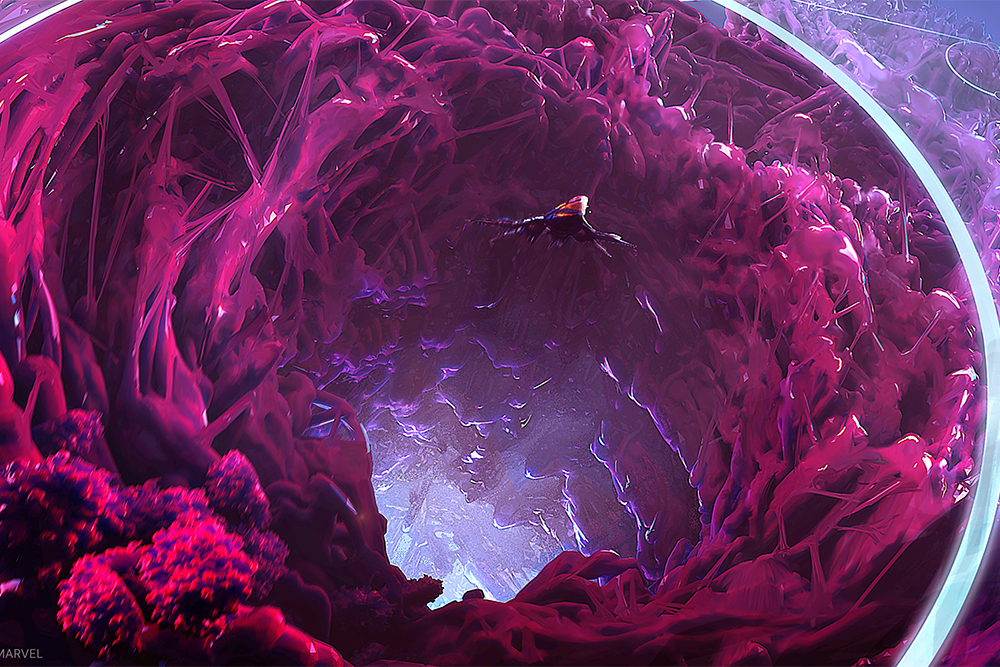