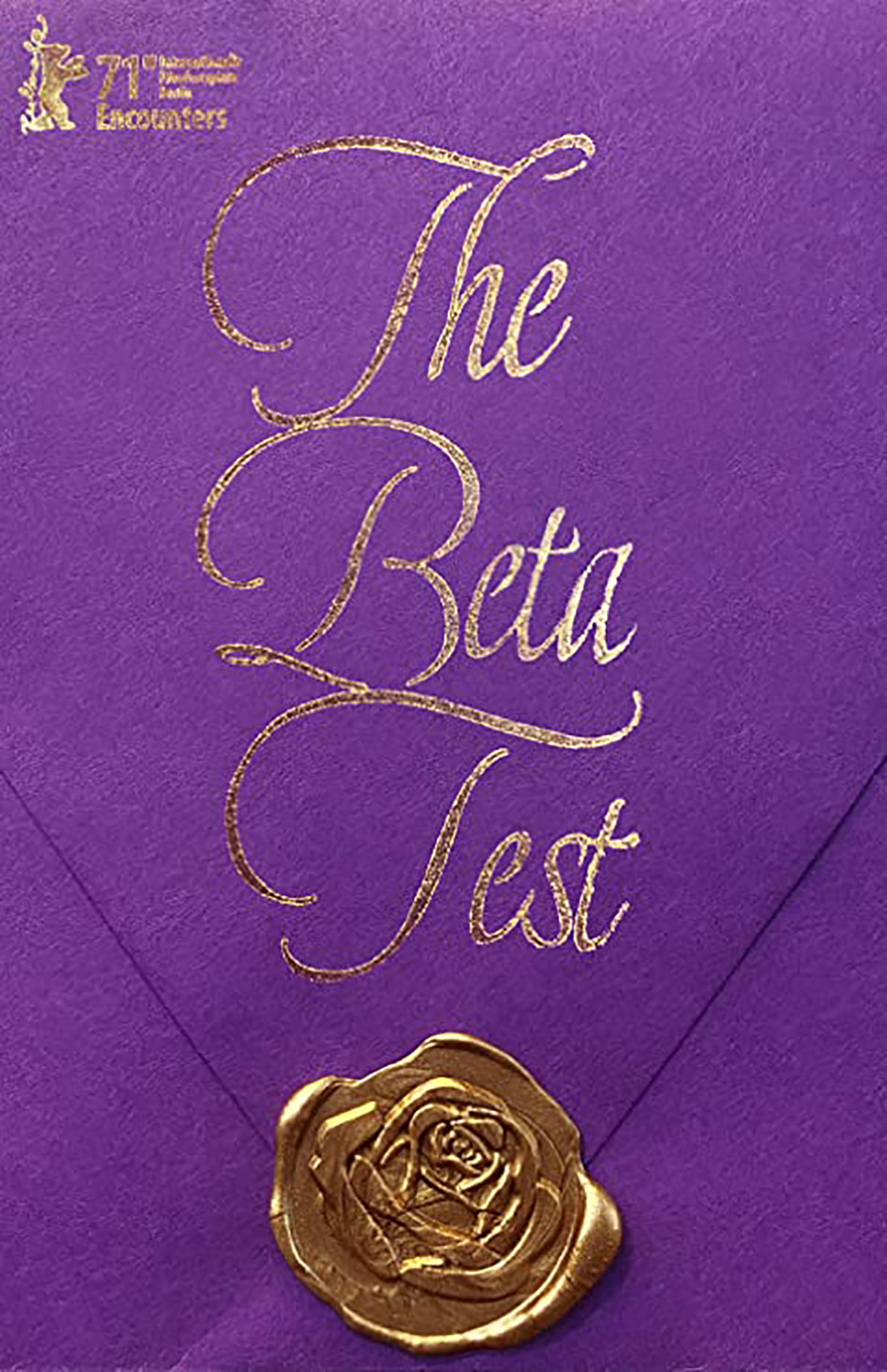 The Beta Test is a 2021 American-British horror-thriller film written by, directed by and starring Jim Cummings and PJ McCabe. Filming wrapped in December 2019 and post-production was done remotely throughout 2020 due to the COVID-19 pandemic. The film premiered at the 71st Berlin International Film Festival. IFC Films acquired the film's U.S. distribution rights in March 2021 and set it for a November 5, 2021 wide release in the United States. 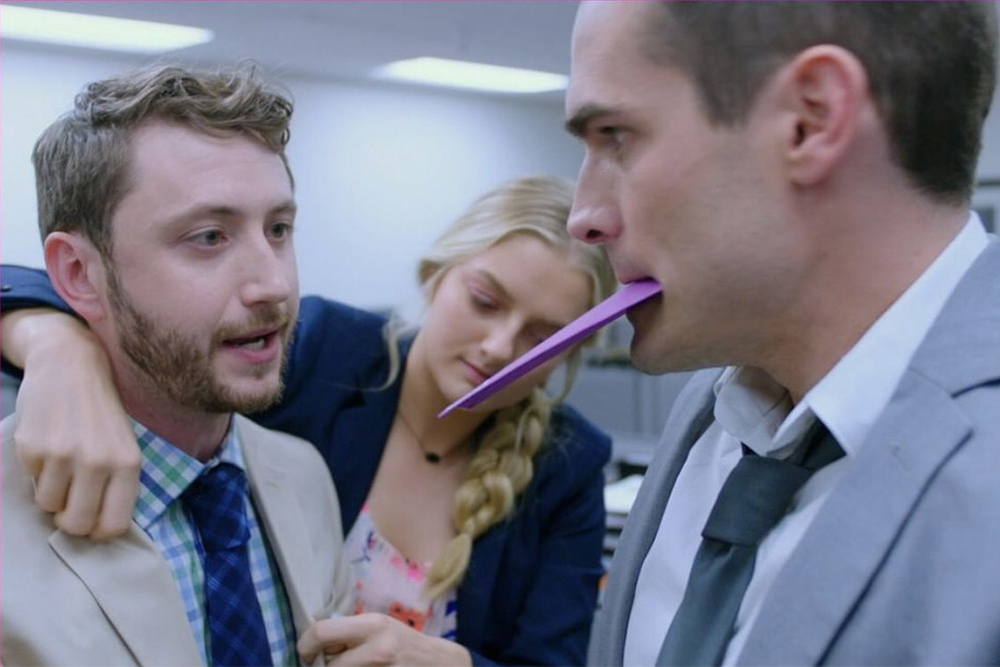 Jim Cummings is an American actor and filmmaker. He is known for writing, directing and starring in the 2016 short film Thunder Road, which he also remade into a 2018 feature film of the same name. He also wrote, directed and starred in the 2020 film The Wolf of Snow Hollow.  For his work in Thunder Road (2018), Cummings won the South by Southwest Grand Jury Award for Best Narrative Feature and the Grand Jury Prize at the Deauville American Film Festival.

The director Jim Cummings has confirmed today that his new film The Beta Test will be shown during the Deauville American Film festival : 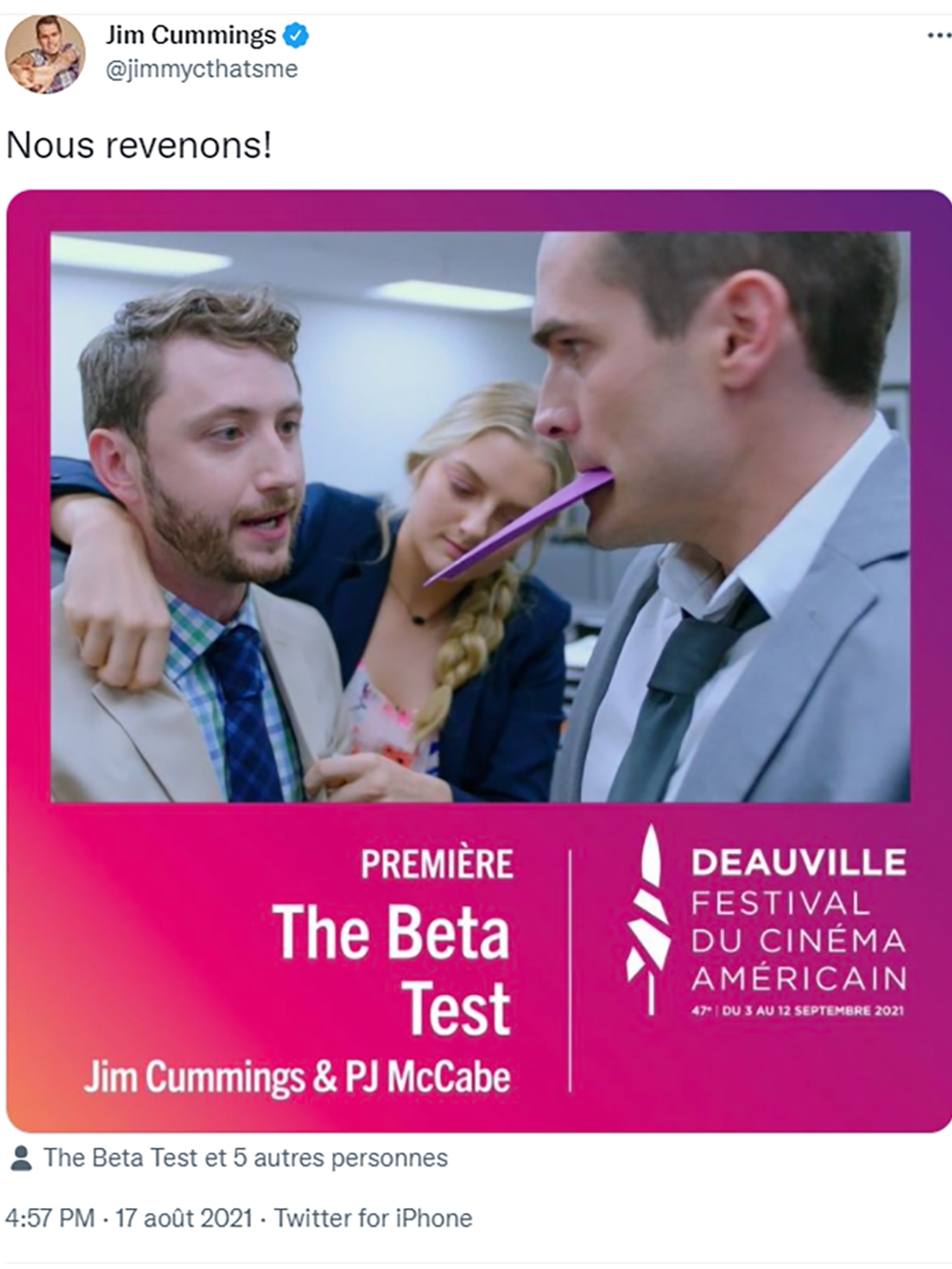 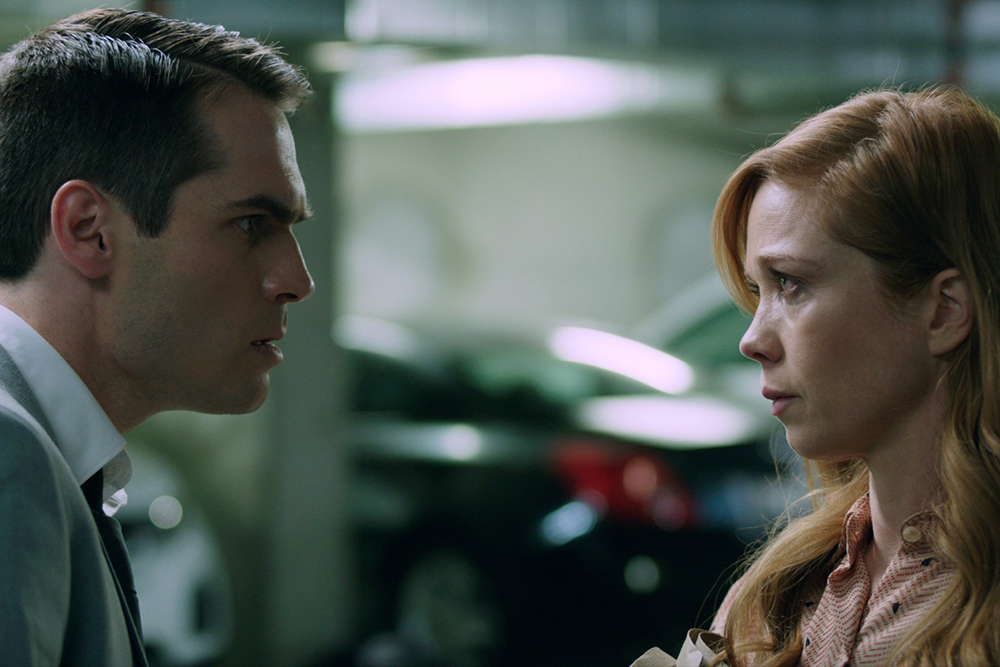 Synopsis :
A successful agent in frenetic Hollywood, Jordan Hines is about to get married. His whole world changes the day he receives an anonymous letter inviting him to a mysterious sexual rendezvous.