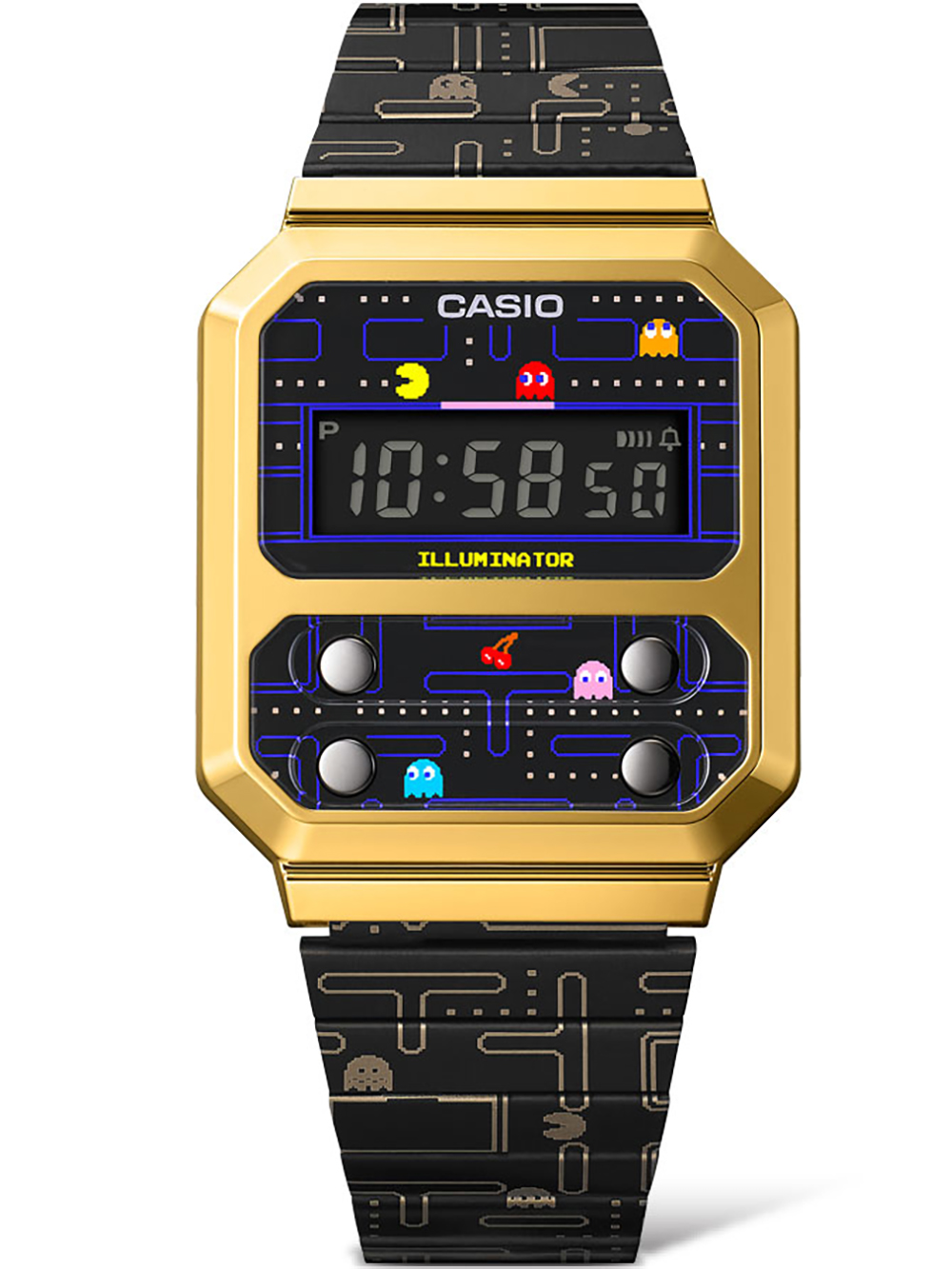 Released in 1980 by Bandai Namco Entertainment Inc. (then Namco), Pac-man became popular thanks to a concept that everyone could understand - eat! - a very clean game system, colorful graphics and bright, colorful characters moving through a maze. Today, the game and its characters have come to represent Japan and have thousands of fans around the world. In 2005, it was recognized by the Guinness World Record as the "Most Popular Coin Game".

Casio Computer Co, Ltd. today announced the release of the A100WEPC, a collaboration featuring the iconic Pac-man game popular around the world. The A100WEPC watch is inspired by the recent re-release of the F-100 digital watch, originally released in 1978. 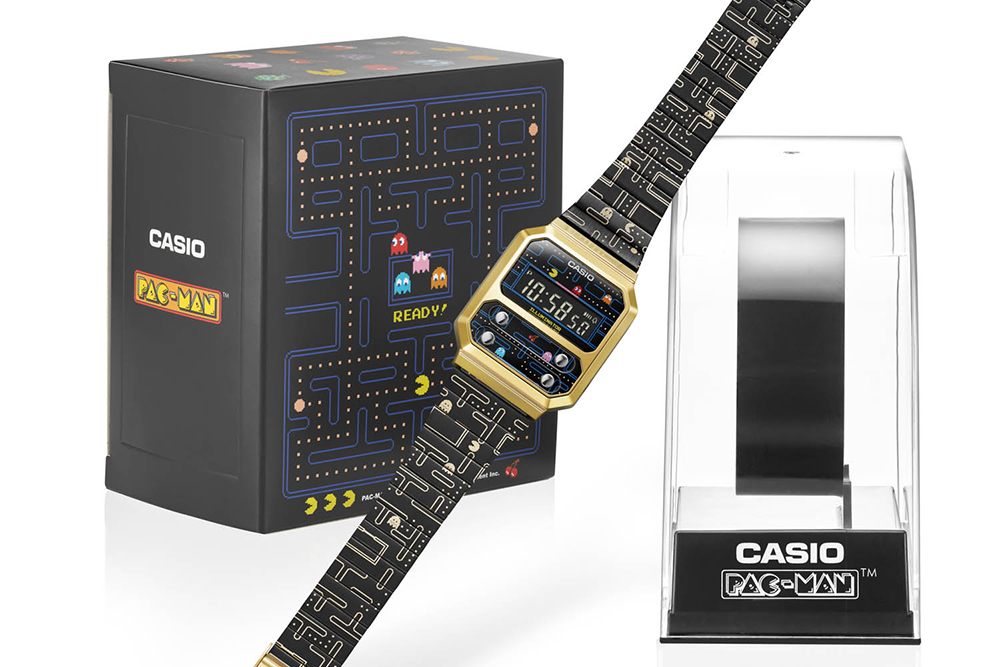 The arcade game Pac-man was first released in 1980 by Bandai Namco Entertainment Inc. (then Namco), and has countless fans around the world. The F-100 watch was released in 1978 and was the first Casio quartz watch in a resin case, offering advanced features with a stopwatch, digital alarm and calendar functions.

The new A100WEPC watch is based on the A100 watch, which is scheduled for release this fall, and features the design of the original F-100, including the unique four-button layout on the front. The model is designed to evoke the fun, retro style of the Pac-man game. The watch face features colorful pixels and Pac-man ghosts, and the central ILLUMINATOR logo is represented with the Pac-man font. The design of the dial faithfully reproduces the screen of the Pac-man game, down to details such as the pink line marking the exit of the nest from which the ghosts emerge. The gold-plated case of the watch is inspired by the color of the Pac-man arcade game terminal. The upper strap of the watch is laser engraved with a depiction of Pac-man being chased by ghosts and conversely, the scene of Pac-man chasing ghosts is depicted on the lower strap. The case back also features the Pac-man logo and icons. 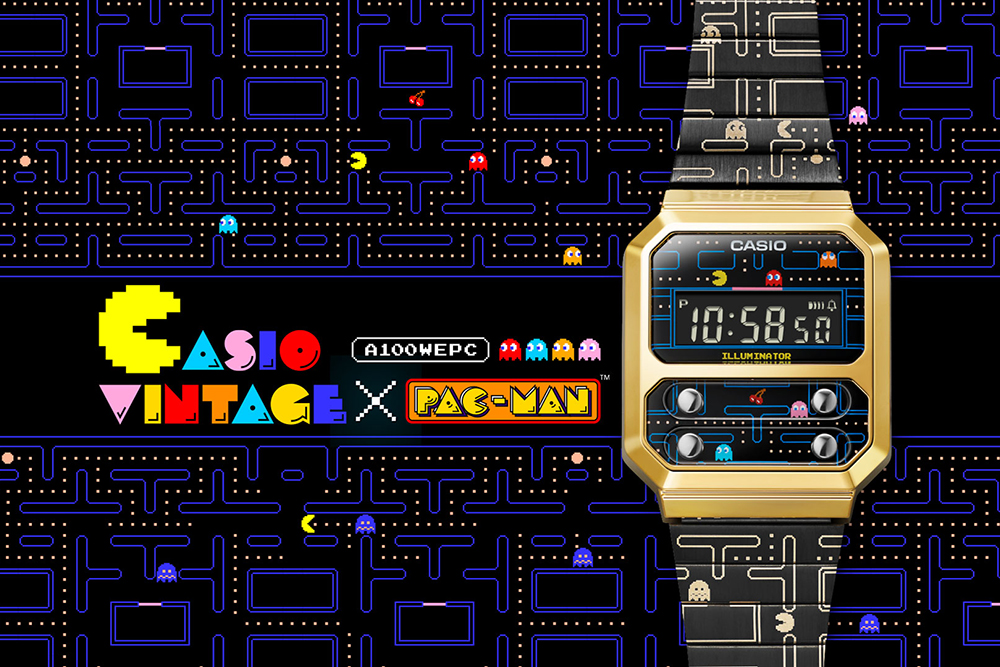 The watch comes with special packaging, printed with the iconic Pac-man characters and the game's score screen, to provide the full Pac-man game look. 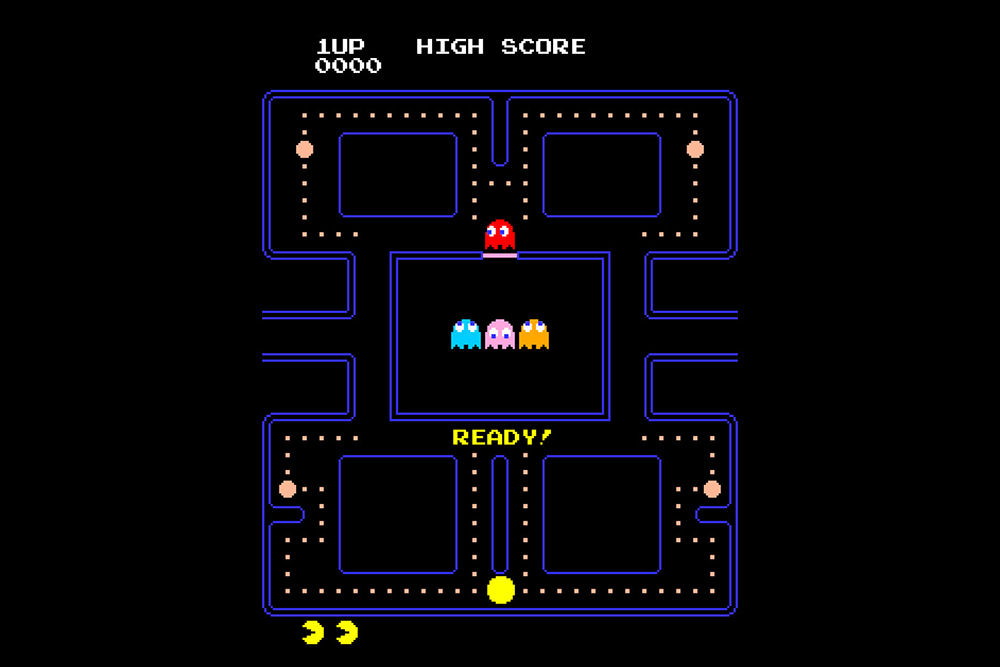