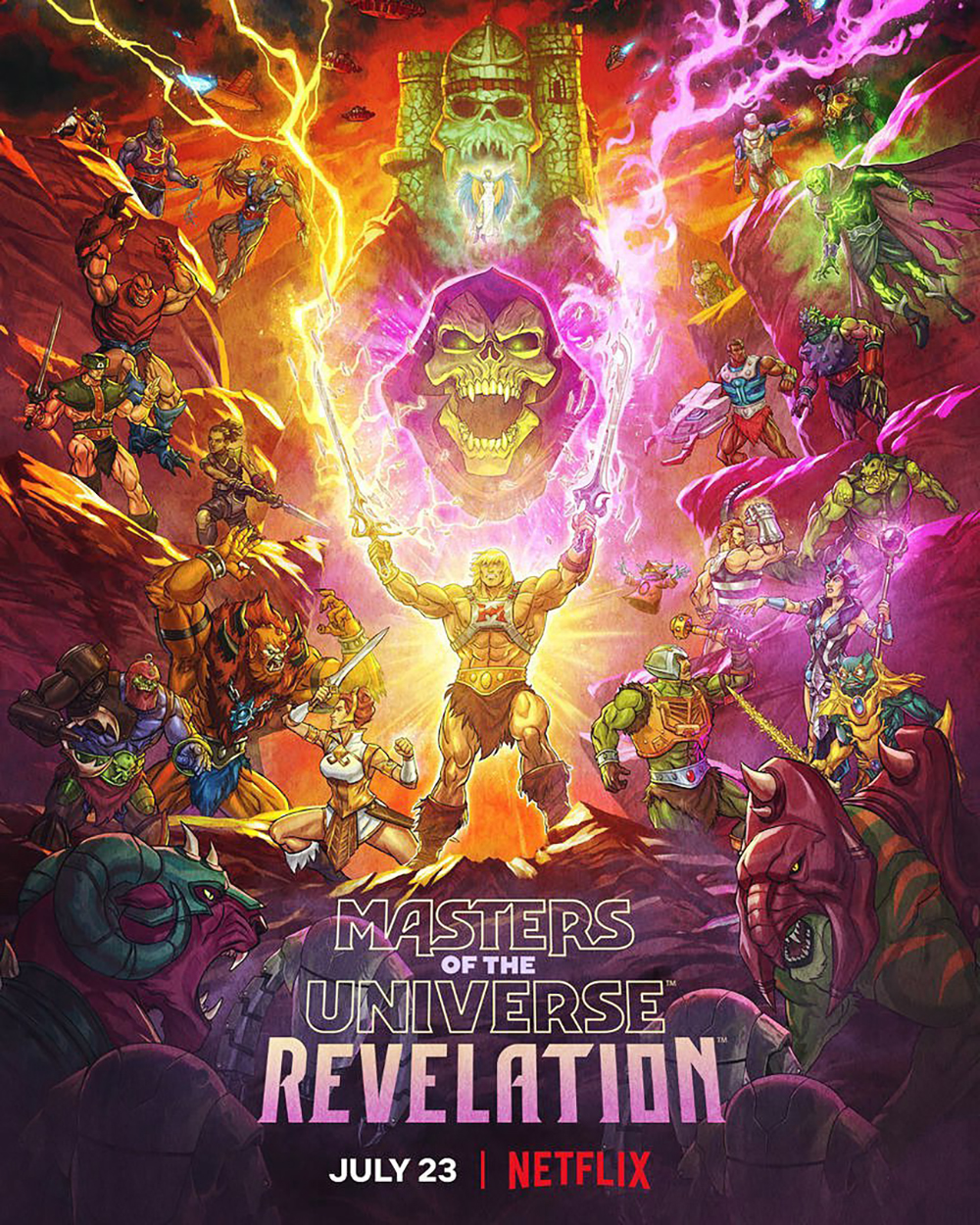 "Narratively, our series unfolds like the next episode of the 1980s animated series that aired from 1983 to 1985. It's a continuation of that story. We play with the original mythology and characters, and we revisit and dig deeper into some of the unresolved storylines. Visually, we also made a conscious decision to take inspiration from the Masters of the Universe toy line as well. Mattel has this whole vast library of artwork, so we wanted the series to open with some classic pieces from that design right away. Mattel has been committed to this look since they started as a toy line in the 80s, and now we're looking back at it and honoring it." - Kevin Smith

As part of the San Diego Comic-Con that we are covering accredited press for the sixth year in a row we had the opportunity to discover the first part of Masters of the universe Revelation consisting of five episodes forming a single story. This new animated series is a continuation of the cult animated series of the 80's He-Man and the Masters of the Universe. 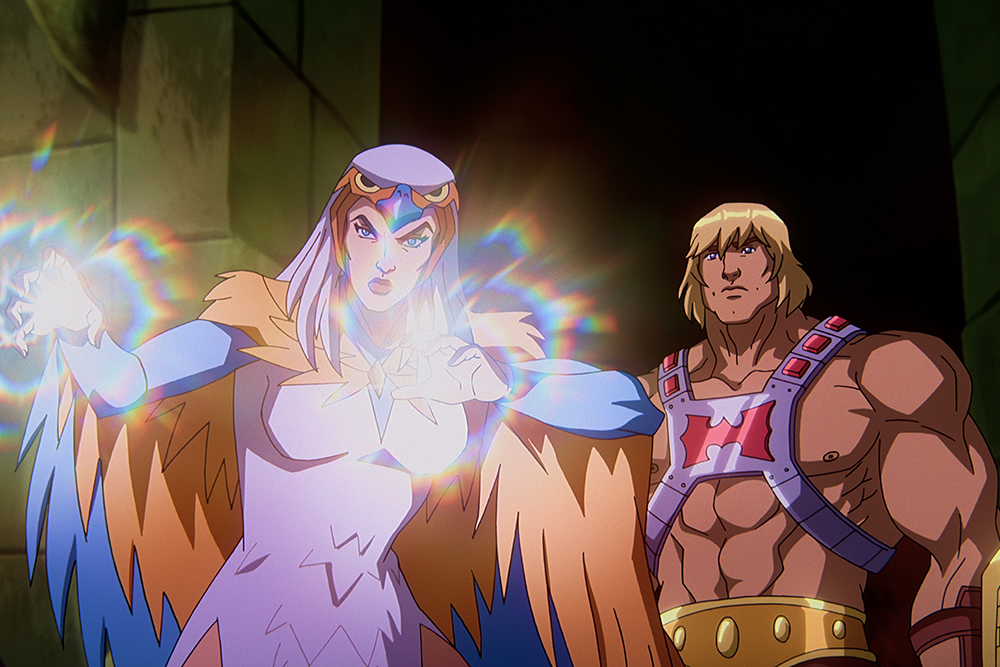 Since its inception in 1982, the Masters of the Universe franchise has become a cultural phenomenon that spans toys, television, movies, comics, books and video games. It has transcended generations and ignited the passion of fans around the world. Now, nearly 40 years later, Mattel is bringing back Masters of the Universe to delight longtime fans and introduce a new generation to Eternia and the heroic and thrilling adventures of the Guardians of Grayskull. Recently relaunched, the new Masters of the Universe Origins line has been a huge success and has allowed all fans of the original series to rediscover a whole range of characters, vehicles and the mythical Castles of Shadows (Greyskull). When Masters of the Universe was launched in 1982, it quickly became a $2 billion franchise across toys and consumer products, solidifying the franchise's role as a staple of pop culture in the 1980s. He-Man was one of the most prolific and best-selling toy lines of the 1980s. Of course, Gary Goddard's Masters of the Universe (1987) was not only a public and critical disappointment, but could have been a real blockbuster if an American major had really invested a significant budget (Sony's plan to adapt a new film is still on hold). 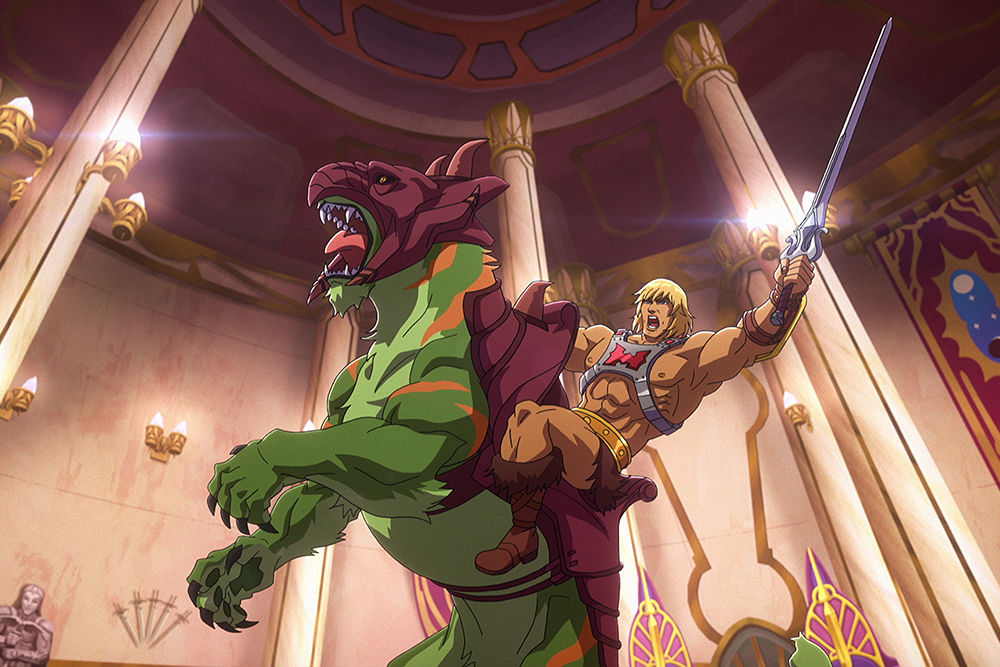 This new series allows us to find a universe that we know and characters that have become cult like Musclor (He-Man), Skeletor, Teela, the Man-At-Arms, Evil-Lyn, Orko, The Witch and Cringer the pet of Musclor. In this new adventure, the main axis diverges from the original series by giving the main role to Teela who is entrusted with an important mission on which the kingdom of Eternia and the whole universe will depend on her success. The great success of this new series is to have taken into account the original series but also the technical progress in terms of animation. This one is very fluid and allows a better immersion in a universe we already know.

Having director and writer Kevin Smith as executive producer and showrunner shows how this animated series that has everything to become a cult has found the right approach to consolidate the foundations of the original series and to find a topical approach that places an outstanding fighter Teela at the center of the story. In close collaboration with Kevin Smith, Powerhouse Animation Studios has found the perfect approach to bring the world of Eternia back to life and to lay a solid foundation for a second part that looks very promising. 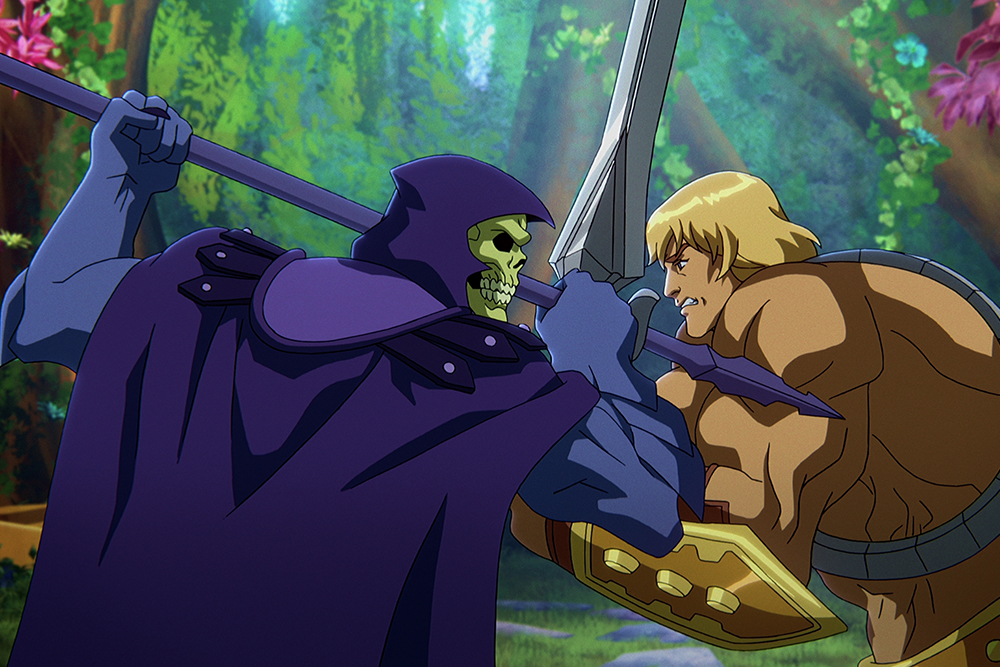 While we could have expected a new adventure of Musclor (He-man) and his friends against Skeletor, the scripts of Kevin Smith, Diya Mishra, Marc Bernardin, Tim Sheridan and Eric Carrasco allow the two directors Adam Conarroe and Patrick Stannard to deliver the equivalent of an animated film broken down into five parts. We must admit that the first episode written by Kevin Smith allows the series to have a solid enough foundation to hold our attention. The more adult approach than the original series shows the will to propose to all those who like us grew up with this universe to find it in a dusted way. In the same way, this series allows to give more importance to characters like Scare Glow who reveals that Teela will have to face her worst nightmares to come out of her quest unscathed 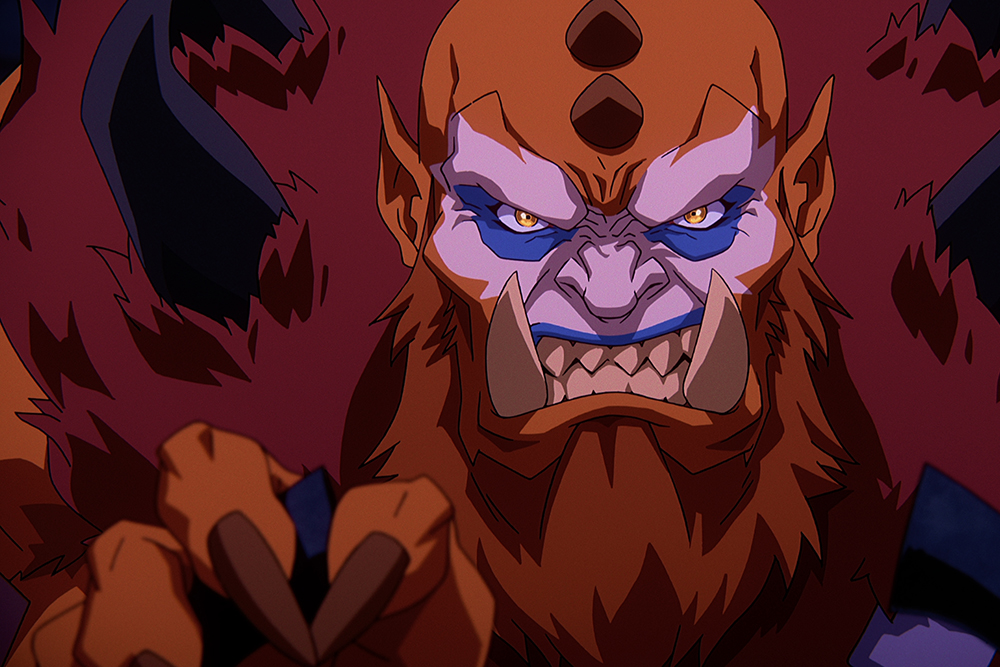 It is necessary to recognize that after having seen the five episodes you will only want to discover the continuation so much the cliffhanger of the fifth episode confirms that we have here one of the best series of animation of these last years. Far from playing the easy card, Masters of the Universe: Revelation is definitely a cult series to see again and again, and the new Mattel collection should meet the same success as Masters of the Universe Origins.

You can check out the official photos on our Flickr page

Synopsis:
The war for Eternia culminates in Masters of the universe: revelation, an innovative and action-packed animated series that picks up where the iconic characters left off decades ago. After a cataclysmic battle between He-Man and Skeletor, Eternia is fractured and the Guardians of Grayskull are scattered. And after decades of secrets separate them, it's up to Teela to reunite the band of broken heroes and solve the mystery of the missing sword of power in a race against time to restore Eternia and prevent the end of the universe. 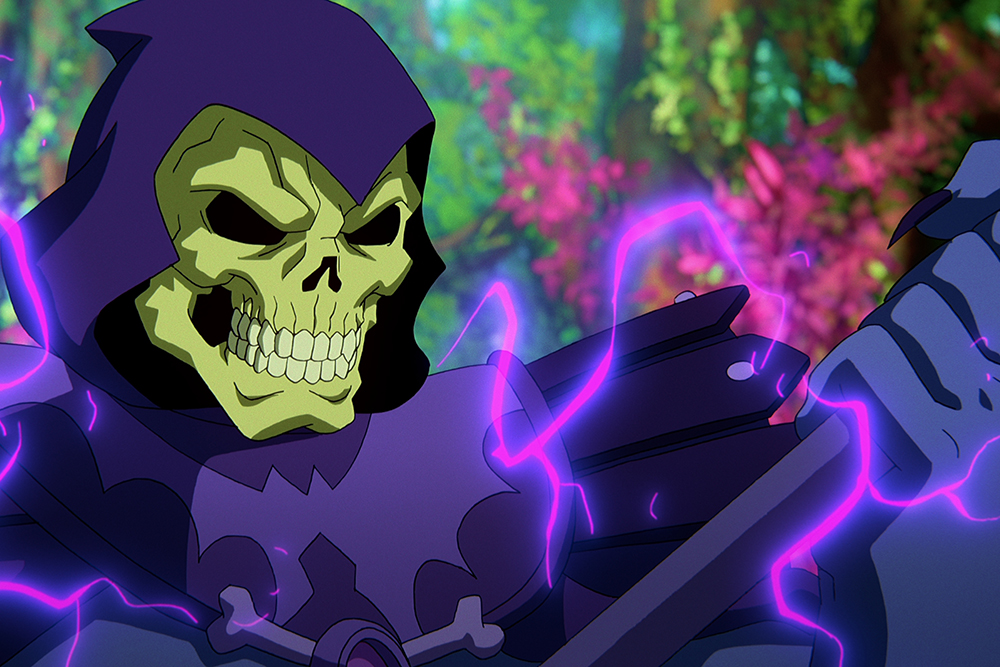