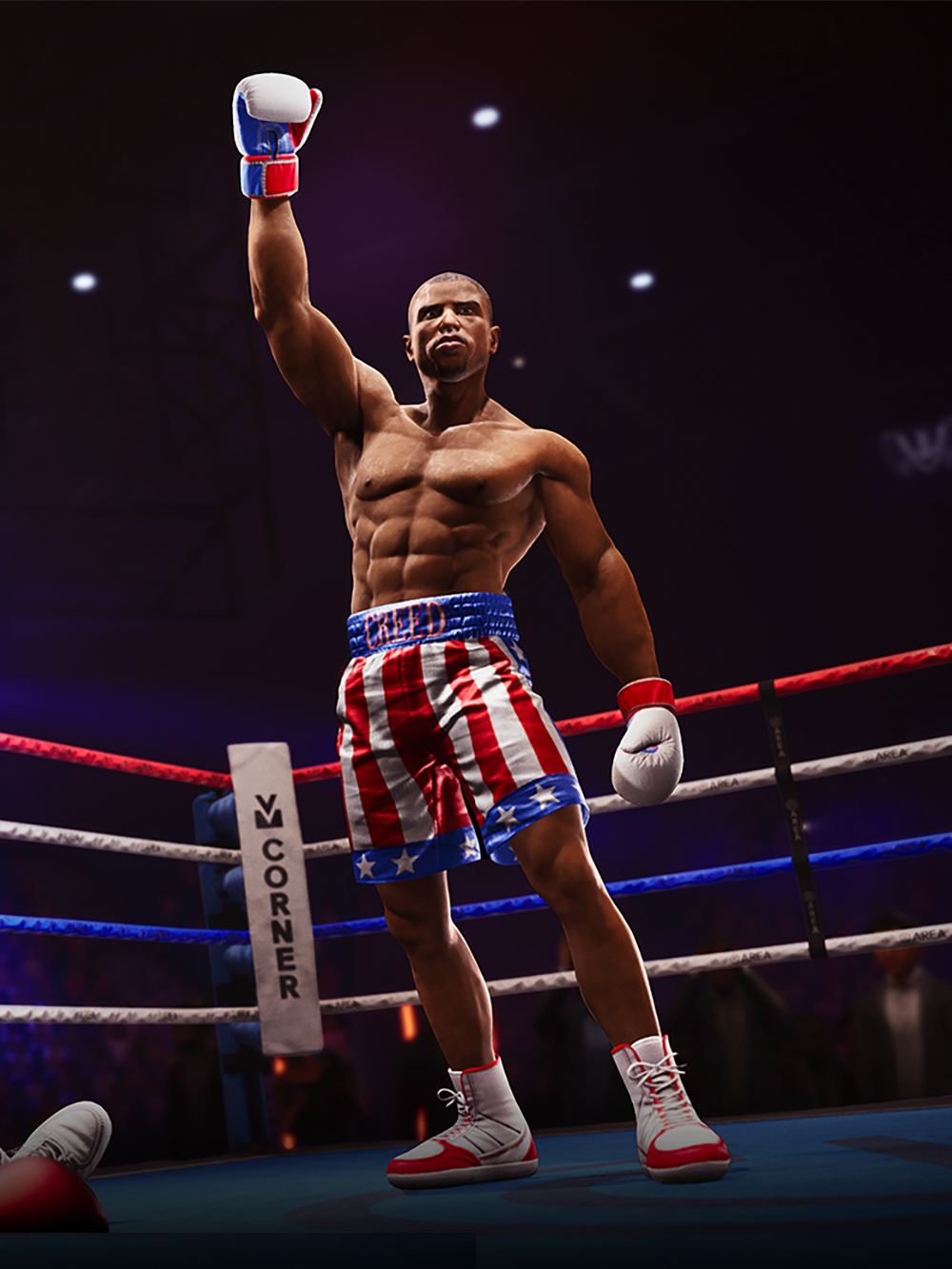 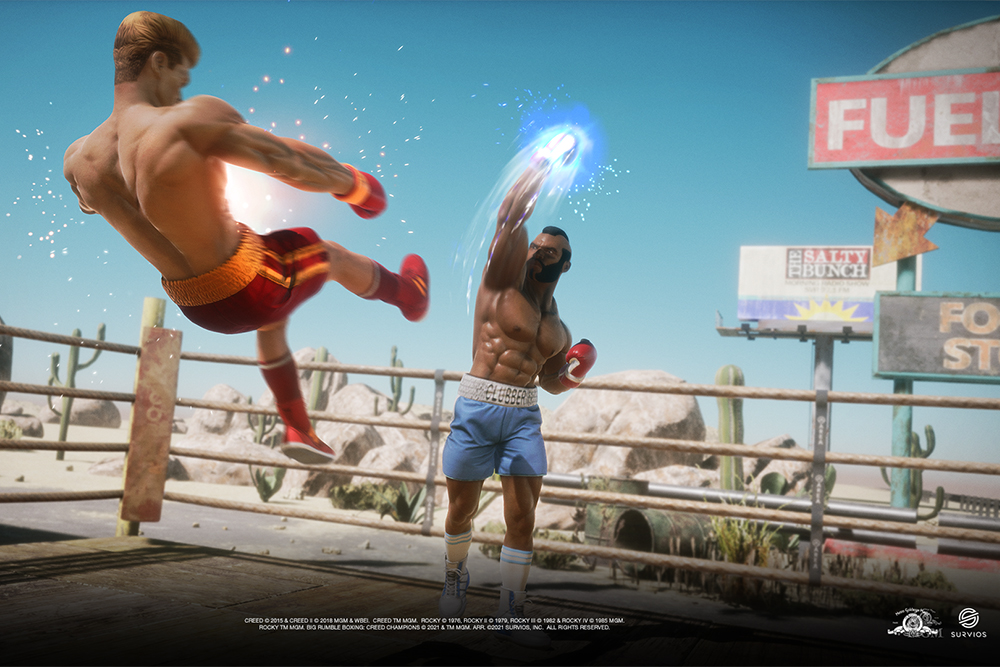 Players will compete against the world's best fighters in an exciting arcade mode, where they will discover new stories and unlock rewards. They will also be able to challenge their friends and family in a local competitive mode, executing their boxing techniques in intense one-on-one matches. 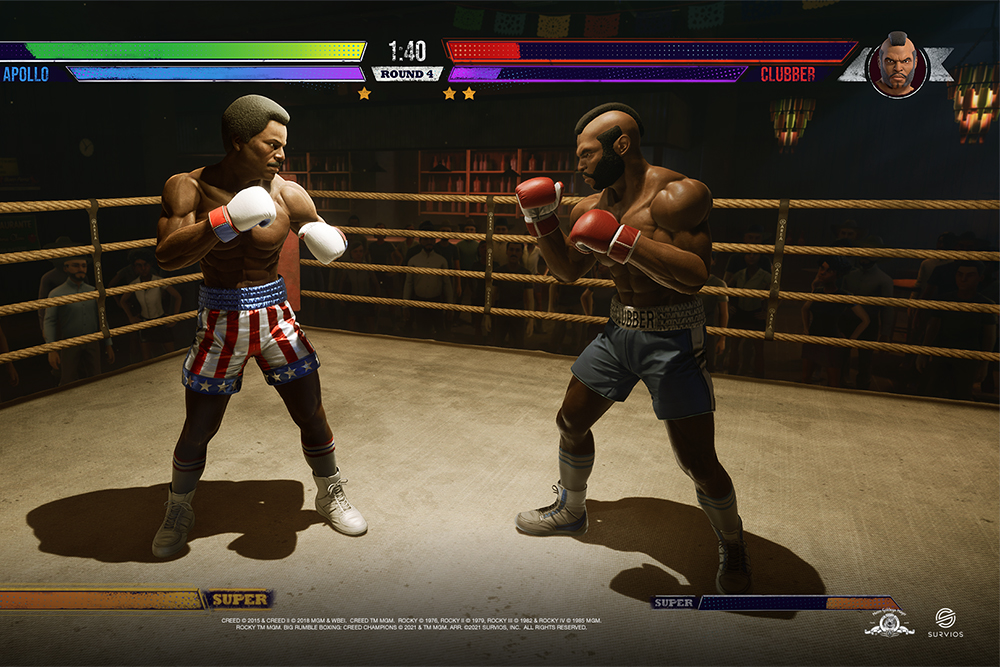 Players will also have the chance to see familiar moves from the Creed and Rocky sagas, as well as their unique training. They will also face world-class opponents in a variety of cult locations, while following the individual stories of each character. Big Rumble Boxing: Creed Champions will feature intuitive controls, as well as solid boxing mechanics that are easy to learn yet difficult to master, giving everyone a chance to fight their way to ultimate victory. 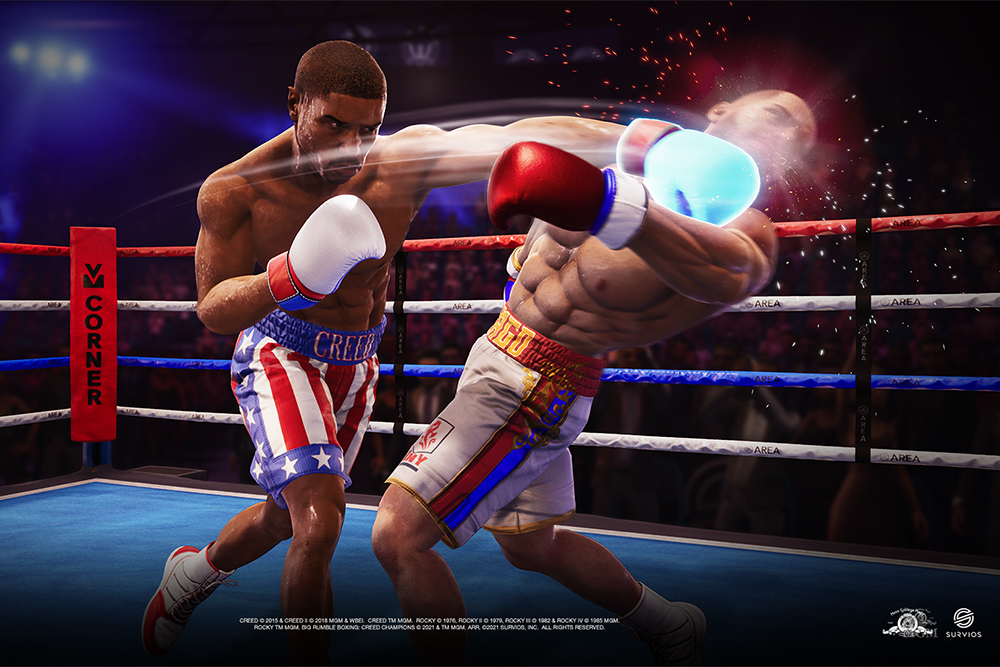