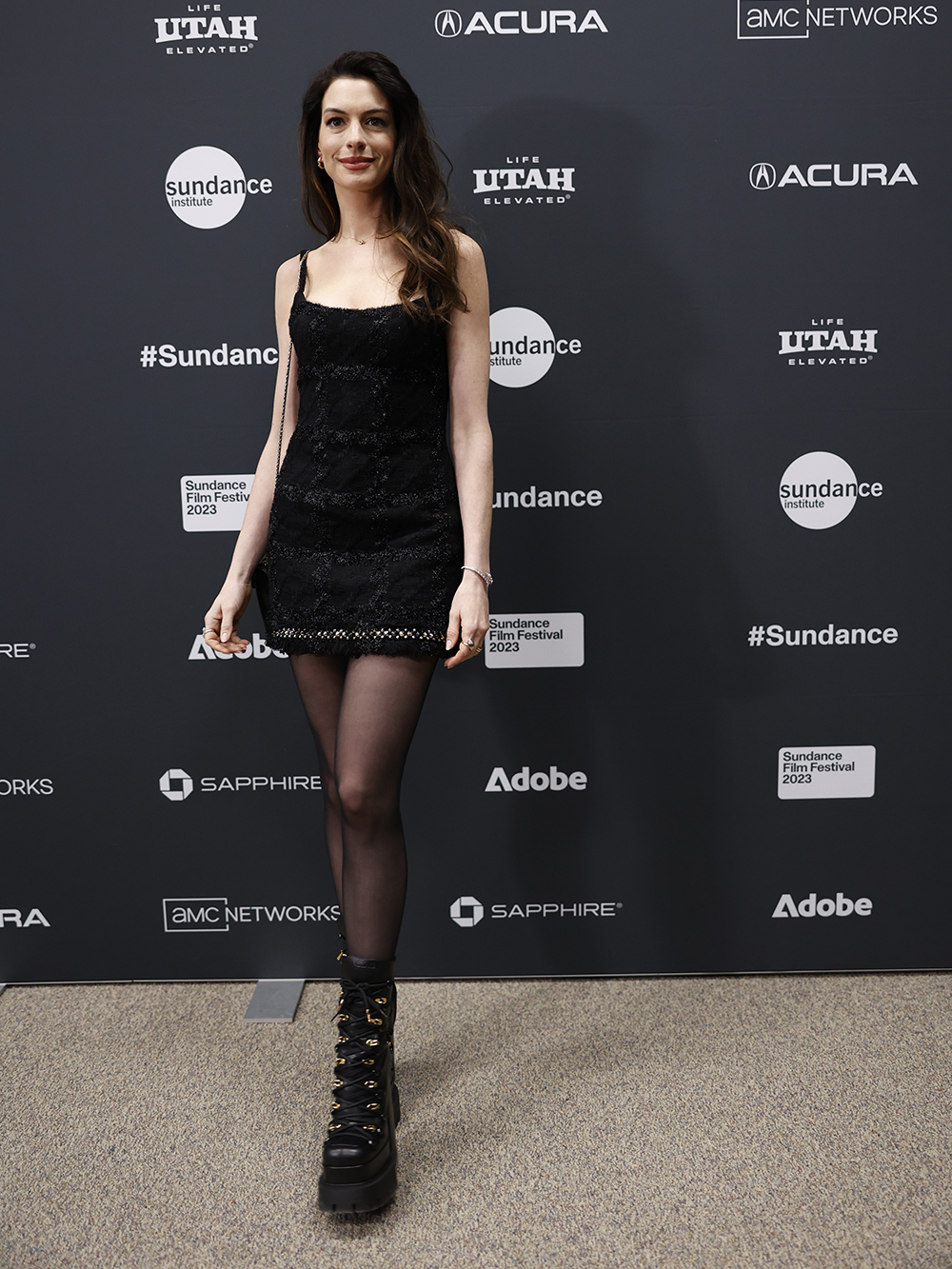 Sundance Film Festival welcomed film fans over the action-packed third day of premieres and conversations. Yesterday’s Festival events included buzzing press lines and premieres for 5 Seasons of Revolution, A Common Sequence, Aliens Abducted My Parents And Now I Feel Kinda Left Out, A Still Small Voice, Beyond Utopia, Invisible Beauty, Joonam, Joyland, Judy Blume Forever, Kokomo City, Milisuthando, Past Lives, The Deepest Breath, The Eight Mountains, The Eternal Memory, Slow, The Persian Version, When It Melts and more. The third day also hosted programming of insightful conversations during the Women at Sundance Celebration where filmmakers Maryam Keshavarz, Noora Niasari, and Sierra Urich discussed the centuries-long, rich traditions of art and storytelling ingrained in Iranian culture. Additionally, MSNBC’s Stephanie Ruhle hosted a conversation with Dakota Johnson about the unique opportunities and challenges of working in the film industry behind and in front of the camera as a woman.

The Festival’s Short Film Programs 3 and 4 premieres included A Short Story, Bigger on the Inside, Hawaiki, Nocturnal Burger, Pro Pool, Sèt Lam, Tender, The Family Circus, The Flying Sailor, Thriving: A Dissociated Reverie, Walk of Shame, Weapons and Their Names, When You Left Me On That Boulevard,  and White Ant.

Each year, Sundance serves as a place for the community to come together and discover exciting and compelling projects by visionary artists. Continuing to foster the spirit of thought-provoking discussion throughout 2023, Sundance Film Festival also programs a series of panels across discipline and topic. The Sundance Film Festival is an artist program of the Sundance Institute. Proceeds earned through Festival ticket sales go to uplifting and developing emerging artists on a year-round basis through focused labs, direct grants, fellowships, residencies, and more.

The panel Women at sundance celebration 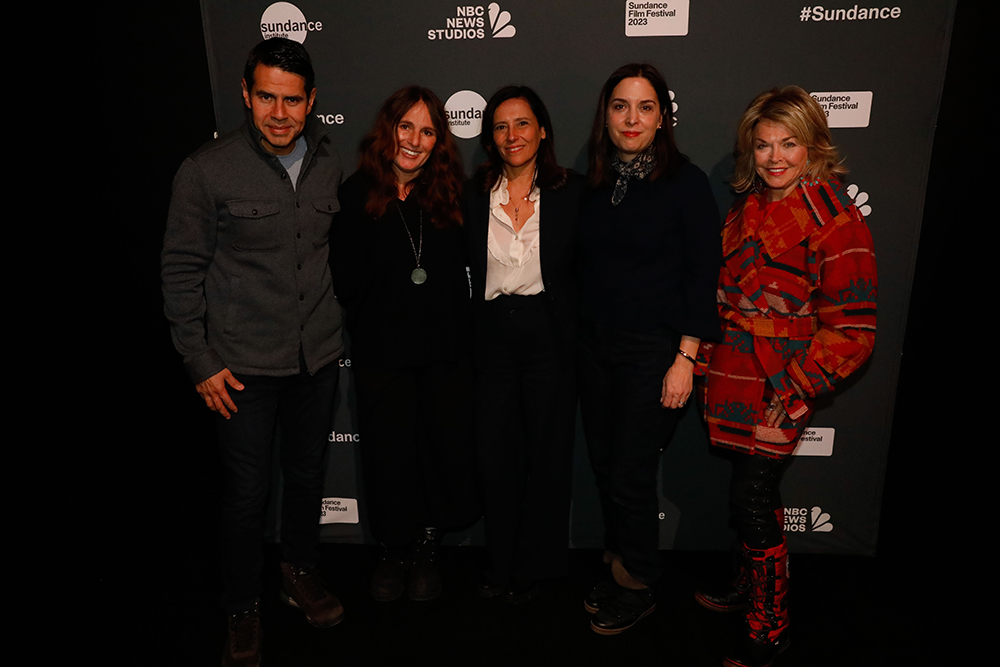 Moderator Pat Mitchell was joined by filmmakers Maryam Keshavarz, Noora Niasari, and Sierra Urich to discuss how the centuries-long, rich traditions of art and storytelling ingrained in Iranian culture shaped these three dynamic women and their own artistic works. The conversation explored what it means to be an artist of Iranian descent during this specific time against the backdrop of the world’s first-ever women-led revolution. MSNBC's Stephanie Ruhle then hosted a conversation with Dakota Johnson about the unique opportunities and challenges of working in the film industry behind and in front of the camera as women. The conversation had a a specific focus on the bold choices taken and the impact made on the industry. You can discover the official photos here 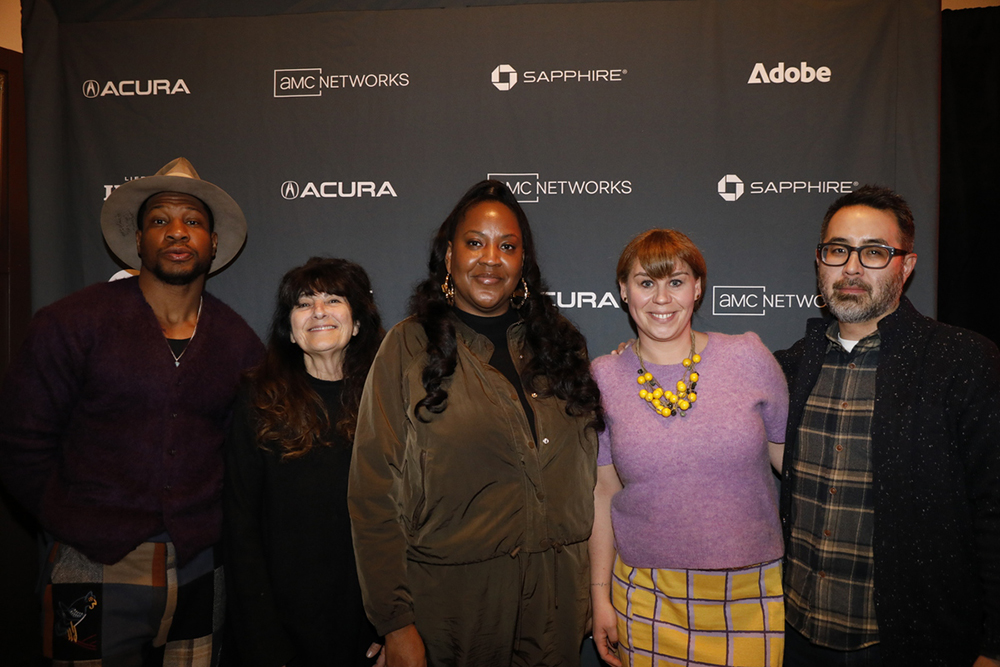 featuring Jonathan Majors, Ruth Reichl, Adrian Tomine, and Tricia Hersey
When speaking about the environment he wants to have on a film set, Jonathan Majors said, “If you want to go fast, you go by yourself. If you want to go far, you go with others, right? If we take that mentality to our film sets, to our writers rooms, I think that may be one of the antidotes that we will need.” On making the leap to change artistic directions Adrian Tomaine said “Being here is a result of a career shift for me, doing the same thing I had been doing making books and illustrations and comics for about 30 years, since that time I have been basically sitting in a room by myself creating the work and sending it out in the world and letting it happen like that. Being here with a movie I wrote was the result of a conscious change, to say I want to collaborate, I want to entrust other people for the first time, I want to benefit from the artistry of other people. And for me to end up here at Sundance as a result of that project feels like a real reward for that risk.” You can discover the official photos here 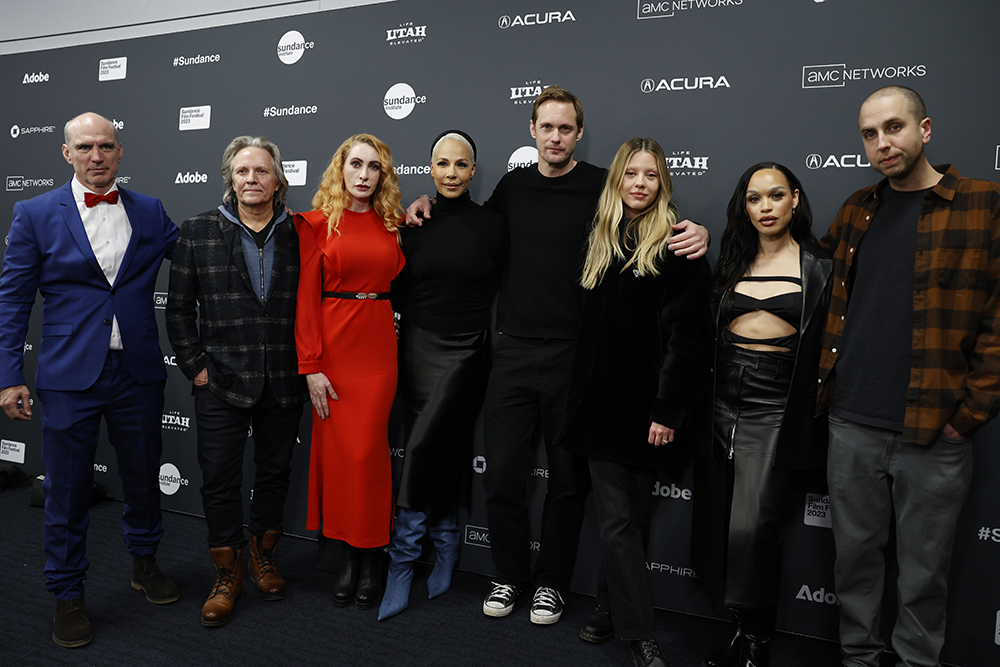 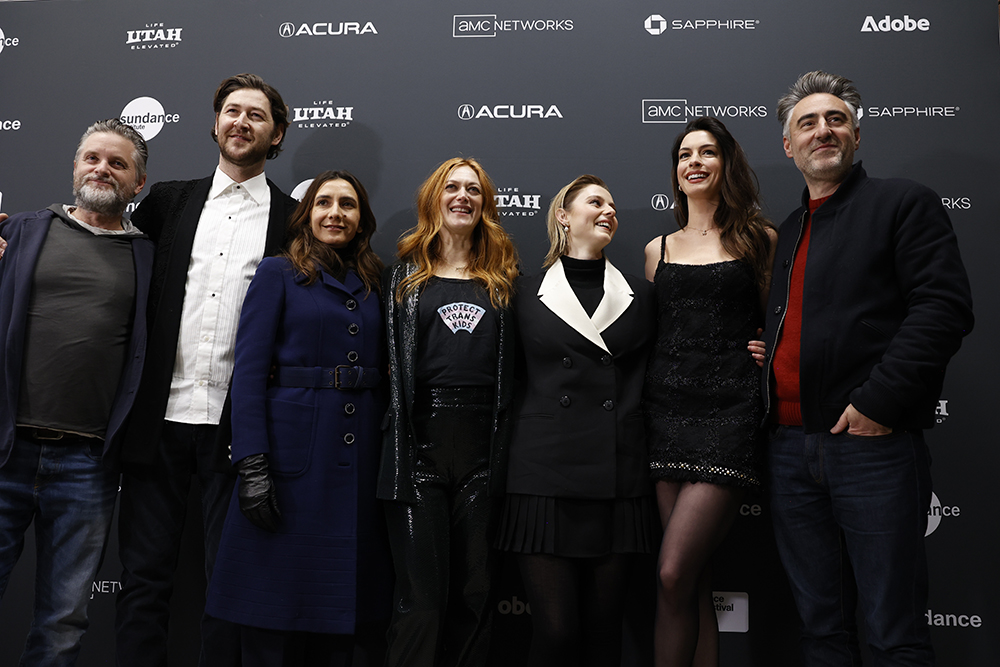 Film talent included Anne Hathaway, Thomasin McKenzie, Shea Whigham, Marin Ireland and director William Oldroyd who attended the premiere’s press line.   Anne Hathaway talked about the respect she has for Eileen director Oldroyd and how she trusts him to tell complicated stories especially about females. She recalled being asked ‘Are you a good girl or a bad girl?’ when doing press as a sixteen-year-old and said “My sixteen year old self wanted to respond with this film.” Thomasin Mckenzie when asked by an audience member if having to do dialect work affects her process as an actor at all. Mackenzie responded saying that she is a very proud New Zealander so she loves her accent, but it helps her get into character—it’s such a fun challenge, and helps her to move past feeling so self-conscious of herself and helps her focus on the character instead. You can discover the official photos here and here 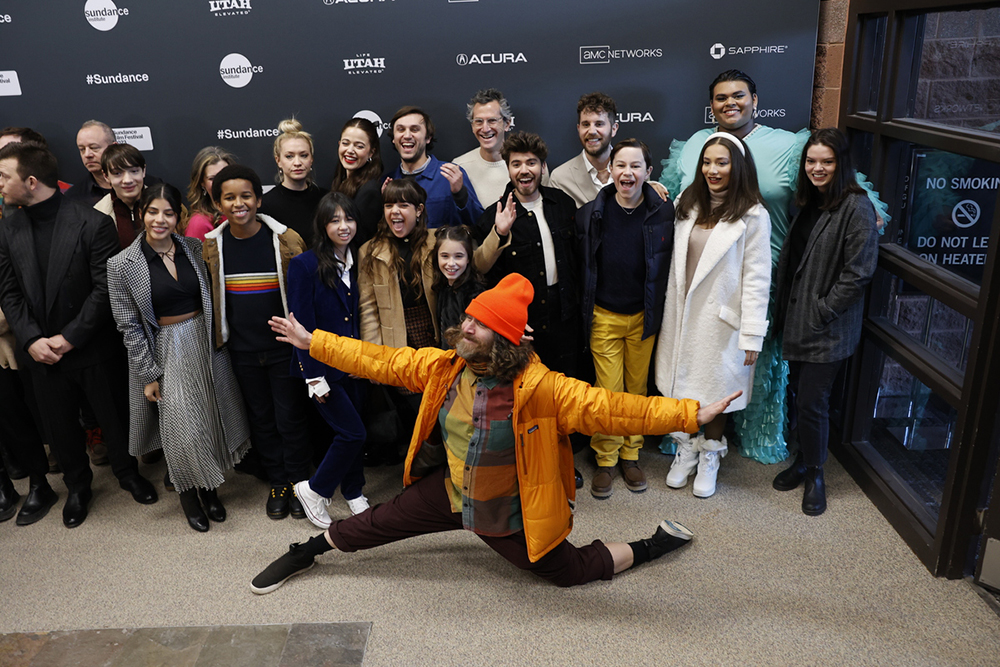 Film talent included co-writer and actors Ben Platt and Noah Galvin, co-directors Molly Gordon and Nick Lieberman, Jimmy Tatro, Patti Harrison, Owen Thiele, and producer Will Ferrell who attended the premiere’s press line.  When walking the press line prior to the film, producer Will Ferrell said “This movie makes me so jealous of the fact that I didn’t go to theater camp at all.  No I didn’t,  I was pretty much a jock in high school and didn’t do any of my acting or comedy until after college.” Writer and actor Ben Platt explained the surreal feeling he was having being at Sundance and that he was anxious for people to watch the film. Later, in the Q&A following the film’s premiere he spoke to the kooky, insane, and wonderful writing process with co-writer Galvin.  The film received thunderous laughs and applause from the audience ending with two standing ovations, one for the film and one for a surprise performance.  After the credits rolled, the kid stars of Theater Camp took the stage for a performance of a charming medley of songs — including the zany anthem “Women Cannot Read” — from the movie’s fake musical “Joan, Still.”` You can discover the official photos here (https://flic.kr/s/aHBqjAp65C) and here 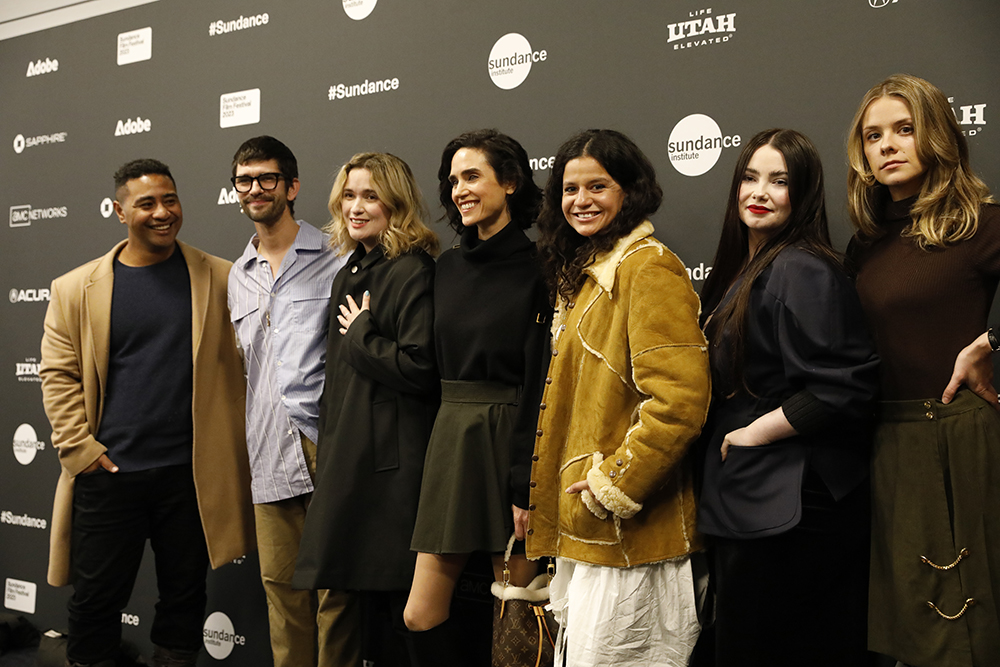 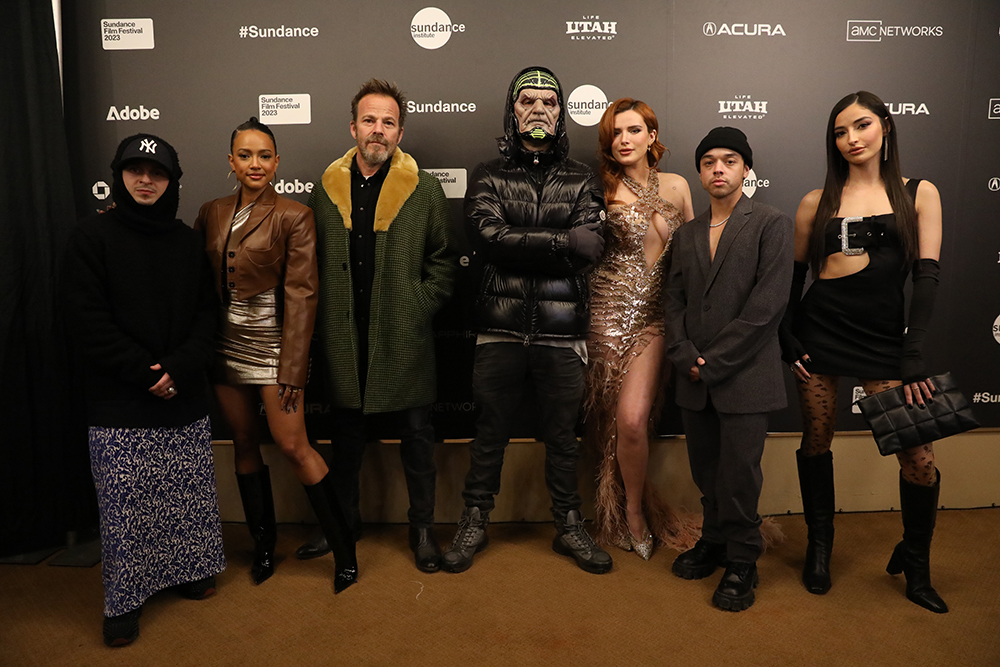 Film talent included Bella Thorne, Karrueche Tran, Stephen Dorff, Moises Arias, as well as director Eddie Alcazar and producer Steven Soderbergh who attended the premiere’s press line.  During the Divinity Q&A, Stephen Dorff noted it was the first time he had seen the film and it was intense. He said it’s great to be back at Sundance and thanked the audience for coming.  Eddie Alcazar spoke about his relationship with Soderbergh spanning back to his film Perfect, where he asked Steven to give notes. He talked about how amazing having that trust is and the only way this film could get made. The film’s producer, Steven Soderbergh said he was glad to be back here with “something as crazy as this.” He touched upon his history with Sundance saying “I’m proud. It’s always great to be here at Sundance.” You can discover the official photos here 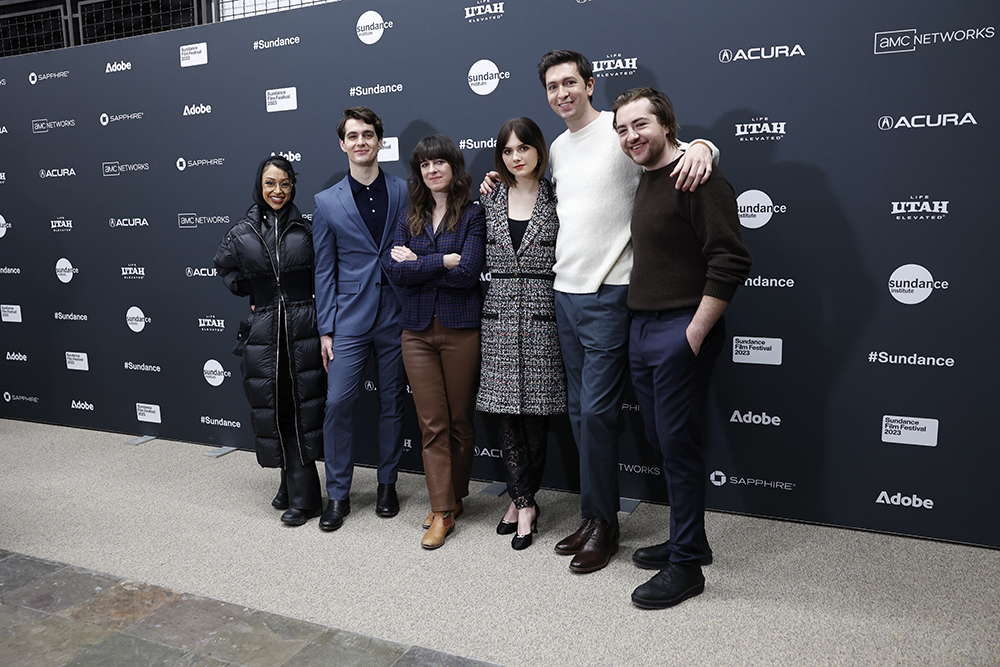 Film talent included Emilia Jones, Nicholas Braun, Michael Gandolfini, Liza Koshy, Kyle Selig, and Director Susanna Fogel who attended the premiere’s press line. When director Susanna Fogel was asked about the discourse surrounding the piece published in The New Yorker, which the film takes inspiration from, she replied that they want to continue the conversation and stoke whatever talks people feel inspired to have after seeing the film. They mainly want to keep talking about the gray areas in dating and intimacy. They’ve seen a lot of the revenge part of these stories explored but we want to discuss more about how people can change their minds. You can discover the official photos here 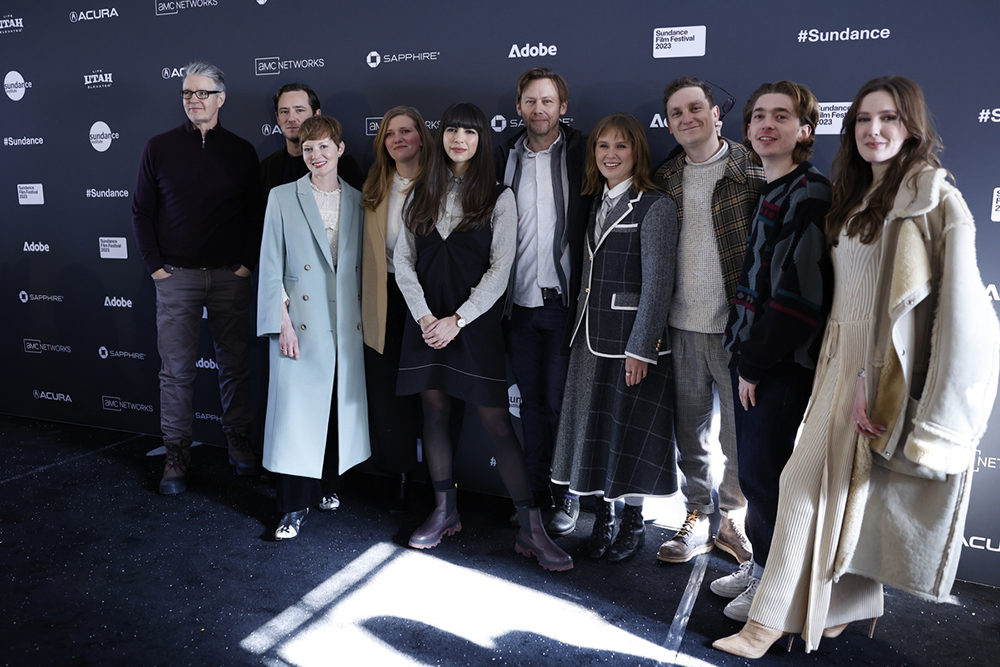 Film talent included Eliza Scanlen, Jimmi Simpson and Lewis Pullman and director Laurel Parmet who attended the premiere’s press line.  On the press line, Eliza Scanlen described the film as "whimsical, troubled, and deep." Director Laurel Parmet spoke to The Starling Girl “meaningful” premiere and how she felt welcomed into the Sundance family through Sundance Labs and the benefit it had on making thescript better and helped connect her to the industry. You can discover the official photos here