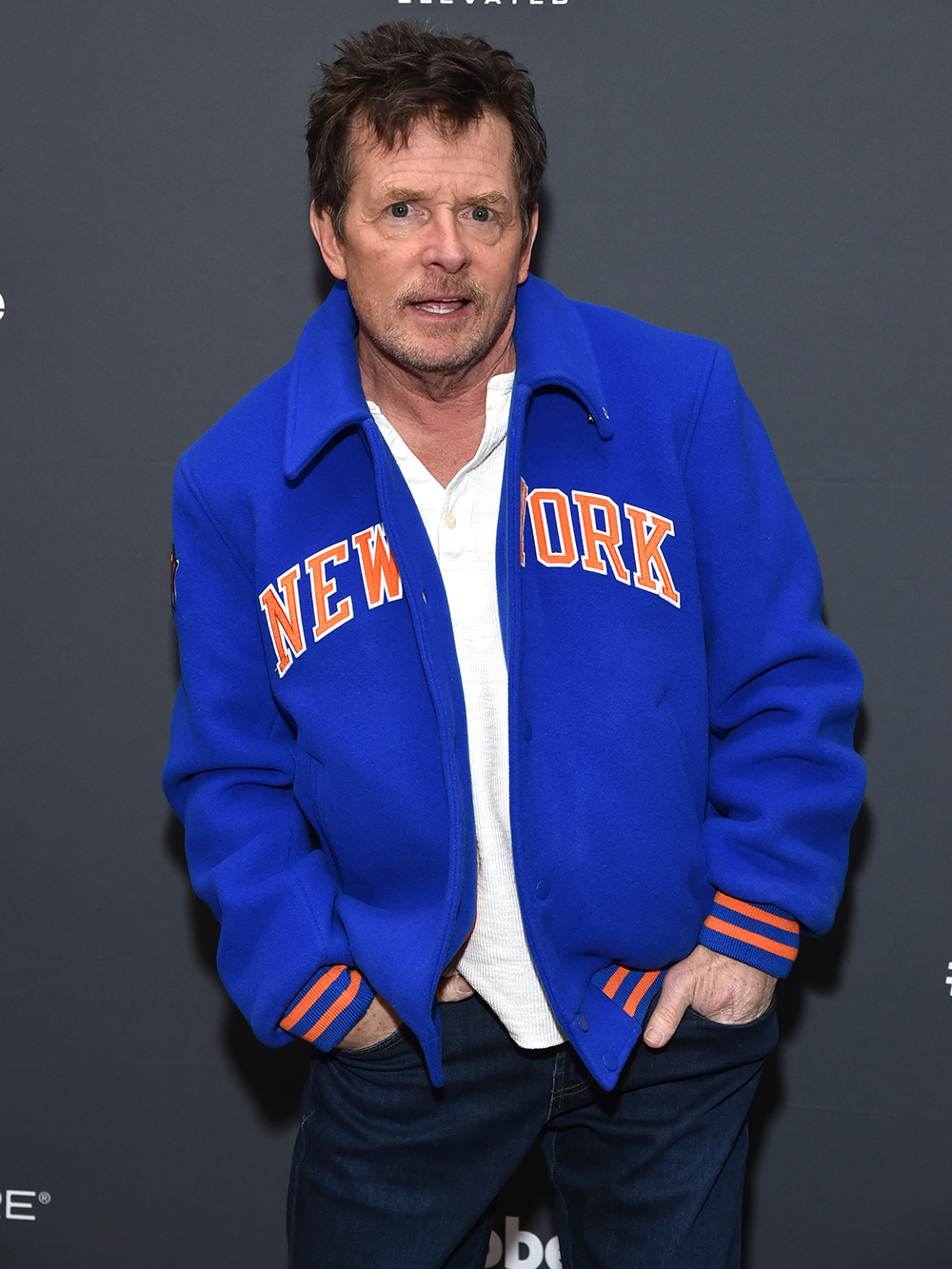 Sundance Film Festival completed the second day of its programming. Below is a release with details recapping DAY 2 of the Festival, The 2023 Festival is taking place now until January 29, 2023, in person in Park City, Salt Lake City, and the Sundance Resort, along with a selection of films available online across the country January 24–29, 2023. Online tickets can be purchased at festival.sundance.org.

Sundance Film Festival welcomed film fans over the action-packed second day of premieres and conversations. Yesterday’s Festival events included buzzing press lines and premieres for 20 Days in Mariupol, Against the Tide, Animalia, AUM: The Cult at the End of the World, Blueback, Fancy Dance, Fremont, Going To Mars: The Nikki Giovanni Project, Gush, Heroic, MAMACRUZ, Other People's Children, Pianoforte, Squaring The Circle (The Story of Hipgnosis), To Live and Die And Live, and more along with insightful panels with topics ranging from the importance of diversity and innovation in film, and Hollywood’s progress and challenges to implement change. The Festival’s Short Film Program 2 and Midnight Short Film Program premieres included A Folded Ocean, AirHostess-73, AliEN0089,  Baba, Claudio’s Song, I AM HOME, In the Flesh, Life Without Dreams, Pipes, Power Signal,  Rest Stop, Troy, Unborn Biru, and We Were Meant To.

Each year, Sundance serves as a place for the community to come together and discover exciting and compelling projects by visionary artists. Continuing to foster the spirit of thought-provoking discussion throughout 2023, Sundance Film Festival also programs a series of panels across discipline and topic. 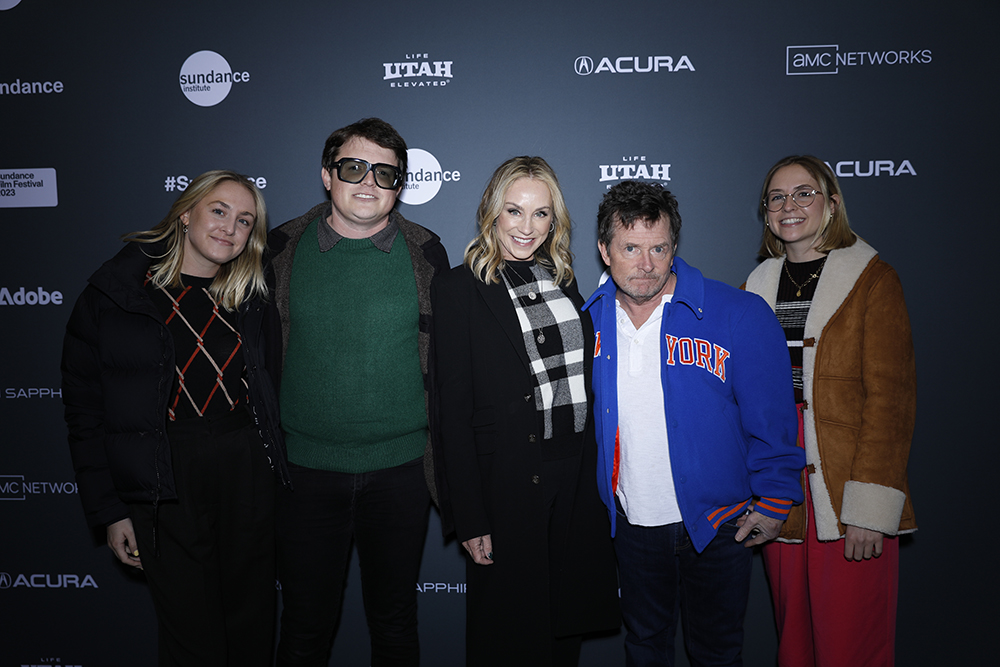 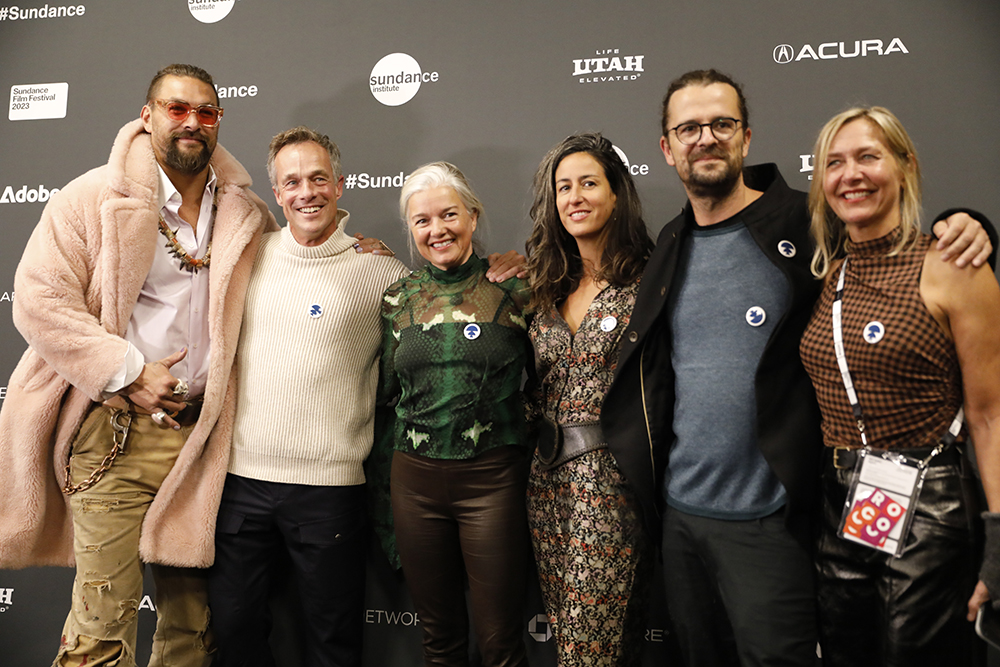 Deep Rising : Executive producer and narrator Jason Momoa, director and executive producer Matthieu Rytz, film subject Dr. Sandor Mulsow, Co-Executive Producer Laura Clarke all attended the premiere and walked the press line.  During the film’s intro, Jason Momoa stated “It’s great to be part of my first film at Sundance.” He continued that the Deep Rising premiere is an exciting night for him and the film’s team. With the project focused on illuminating the vital relationship between the deep ocean and sustaining life on Earth, he expressed that it should make you angry and fired up. He communicated that this is our ocean and land, and we all should prioritize understanding facts and the scope of what is happening. You can discover the official photos of the press line here 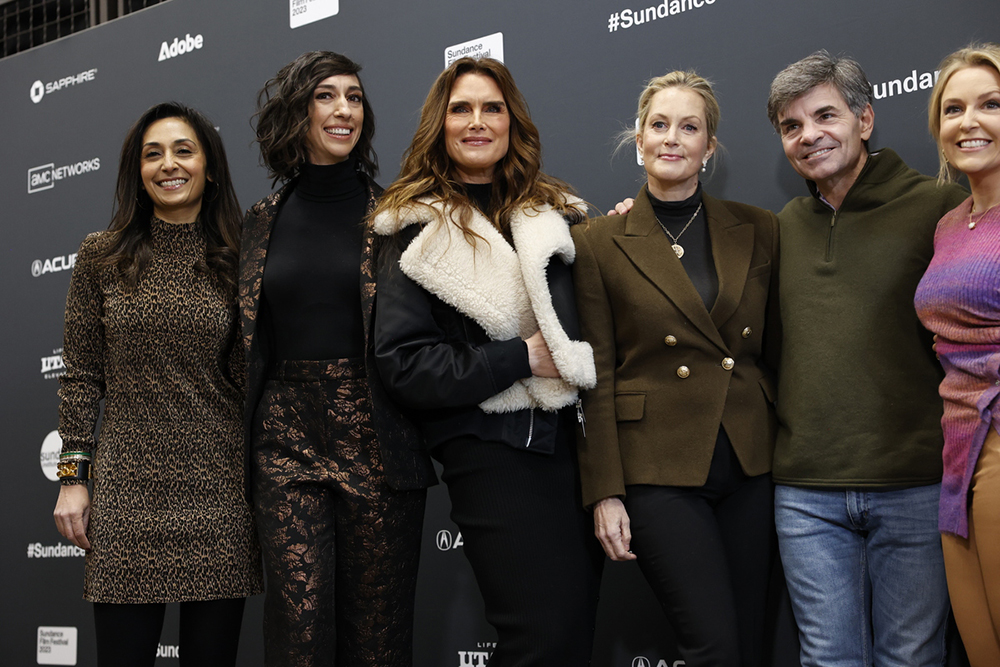 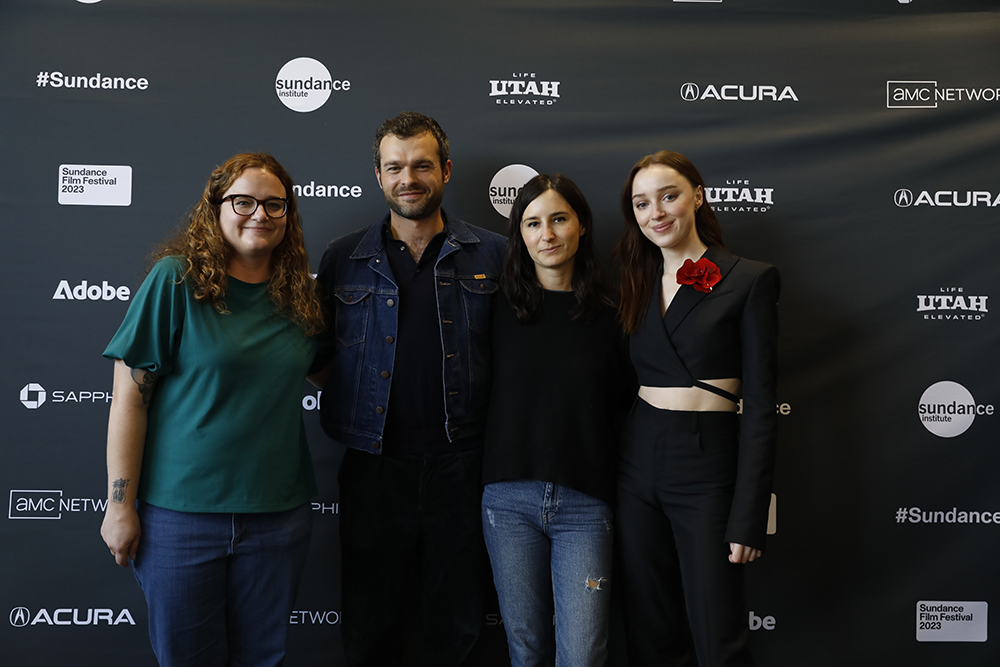 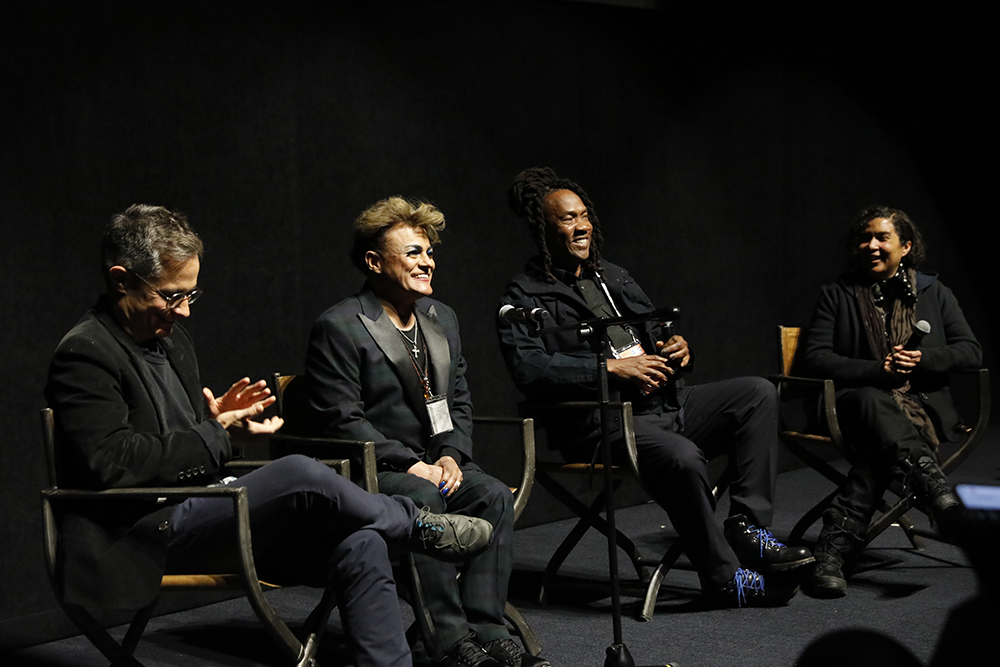 Cassandro : Film talent included Gael García Bernal, Saúl Armendáriz (the real life Cassandro), director Roger Ross Williams, and producer Ted Hope who walked the press line.  Roger Ross Williams talked about his documentary Life, Animated came out of the Sundance Institute Labs, and Cassandro, his first fiction feature, also was Institute supported. Gael Garcia Bernal said as a kid he saw the revamping of Lucha libre and enjoyed when they introduced new characters, while noting the sport is really hard. Gael raved he has a lot of respect for Armendáriz. His trainers gave many anecdotes related to him and the preparation he took.  Roger Ross Williams expressed about Garcia Bernal that there was “never a doubt in my mind who was going to play Cassandro. He’s one of the greatest actors of our time.” You can discover the official photos of the press line here 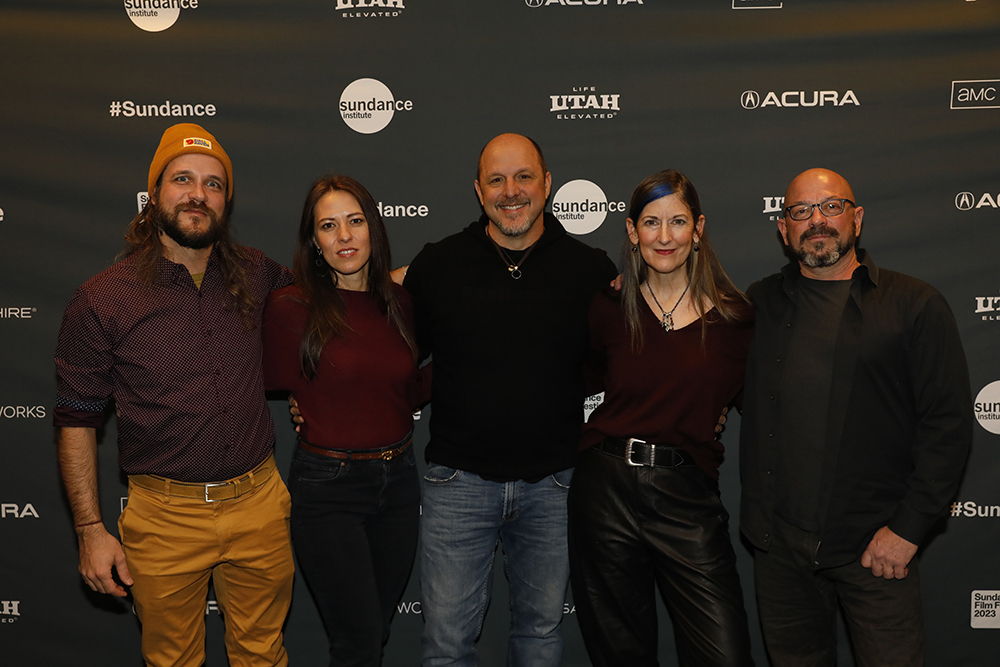 Justice :  Director Doug Liman, producer Amy Herd, Executive Producers Dan Cogan and Liz Garbus were among the filmmaking team who walked the press line. Doug Liman (Director): “The initial cut of the film was significantly longer and Dan and Liz helped shape it. The machinery that’s put into place against anyone who dare speak out and we knew that machinery would be turned on this film so we were extremely diligent because in talking to people we understood that secrecy was essential.” Amy Herdy (Producer): “I hope this triggers outrage. I do hope it triggers action. I do hope it triggers additional investigation with real subpoena powers” Amy Herdy on the response after the Sundance announcement: “we are getting more tips” Doug: “within half an hour Dan Cogan said ‘look what I just got’ and I thought the film was done and suddenly yesterday we had to sit down and it’s like okay we are not going home the team is staying at it.” You can discover the official photos of the press line here 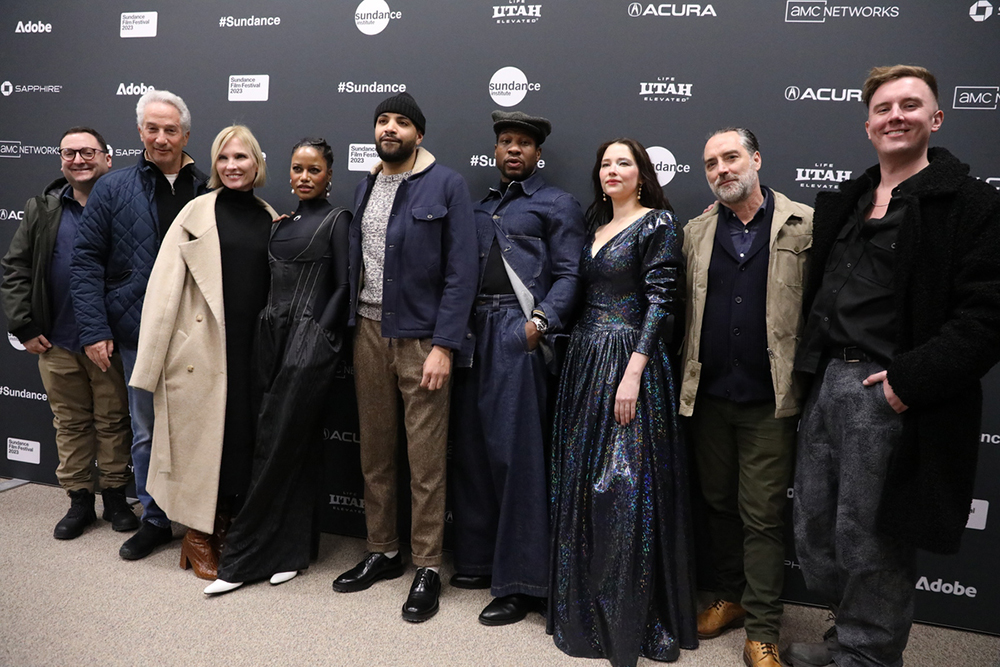 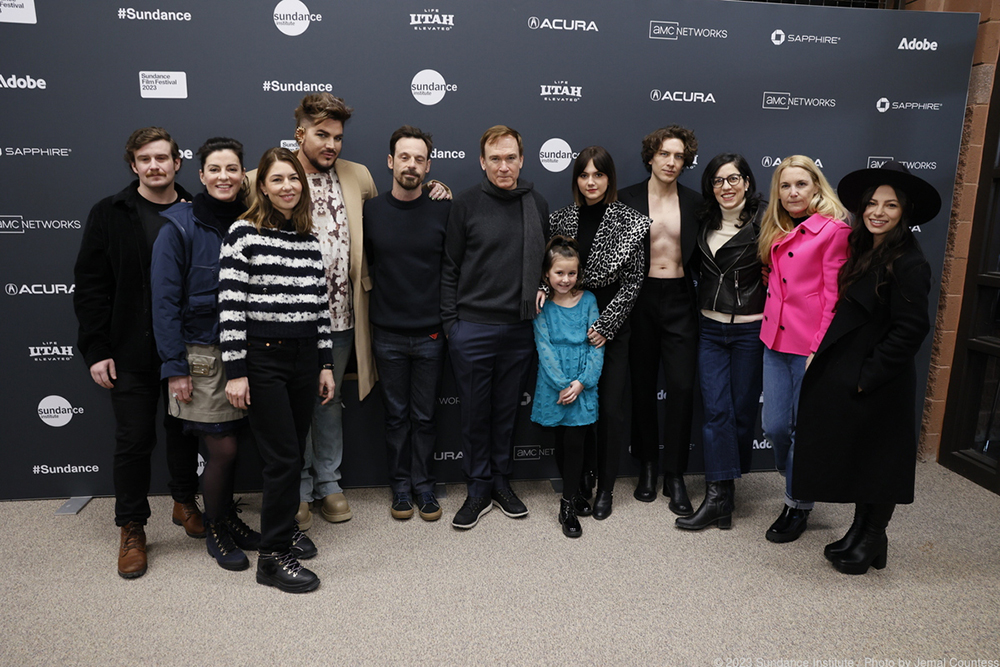 Fairyland : Film talent included Emilia Jones, Adam Lambert, Scoot McNairy, Nessa Dougherty, Cody Fern, Bella Murphy, director and screenwriter Andrew Durham, and producer Sofia Coppola who attended the premiere’s press line.  During the film’s Q&A, Lambert commented on Fairyland being his film debut and how special it was to highlight queer experiences and his ties to San Francisco. Director Andrew Durham explained the intricacies of filming the film’s time lapse scenes in one day at Golden Gate Park and the hard work it took from the film’s hair and makeup teams to shift between decades during that day's shoot. You can discover the official photos of the press line here. 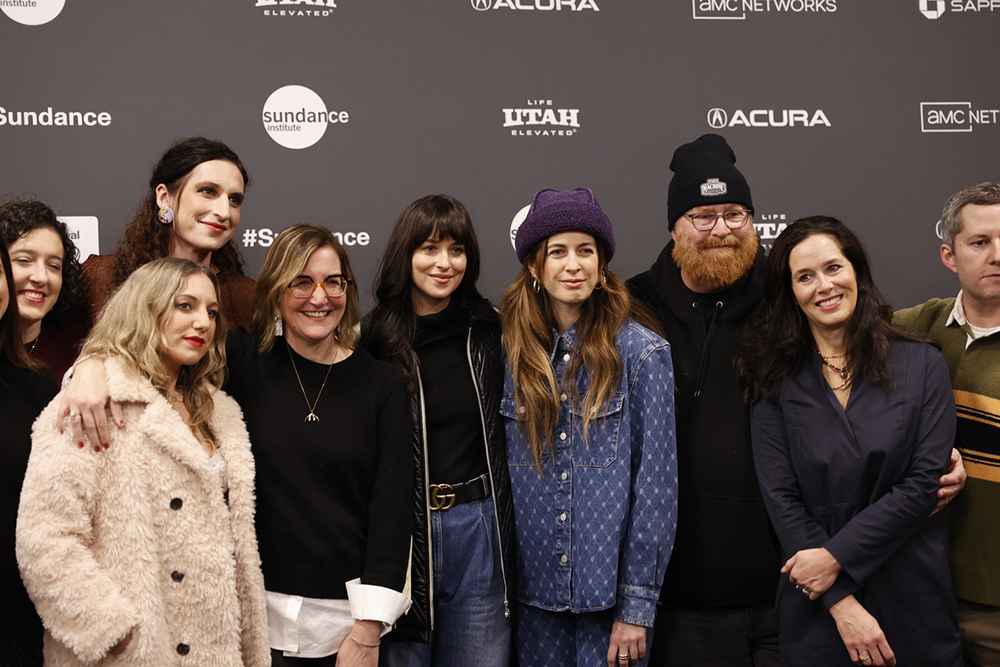 The Disappearance Of Shere Hite :  Film EP and narrator, Dakota Johnson walked the press line. At the film’s Q&A following the film, Dakota Johnson was asked how the book, “The Hite Report” would be received today, responding she thinks it would be widely appreciated. She feels like men would be way more afraid to behave the way they did then, she hopes. She stated a re-release is timely. You can discover the official photos of the press line here. 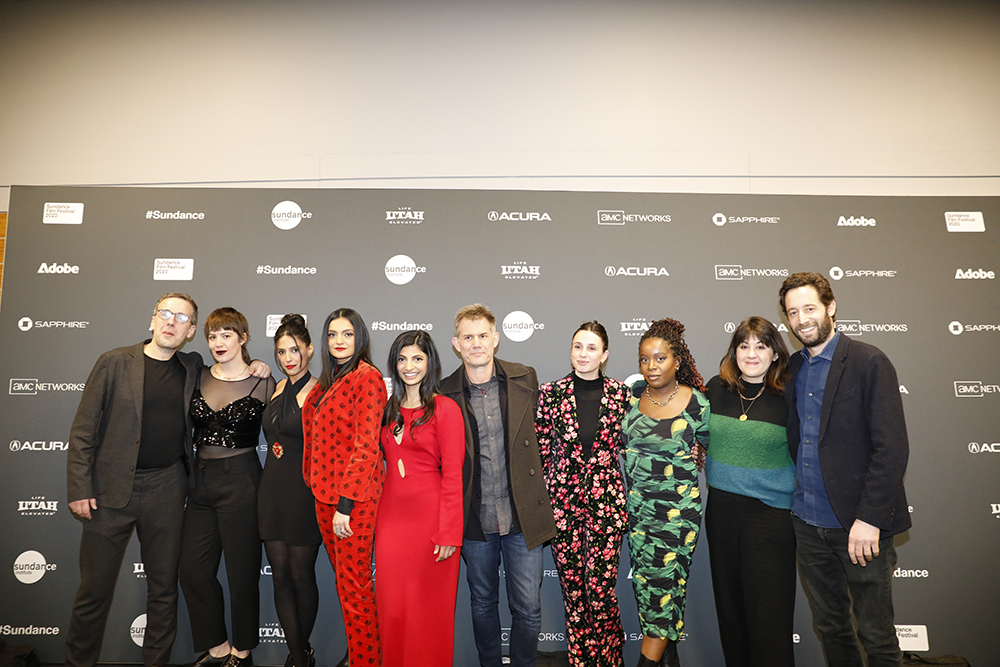 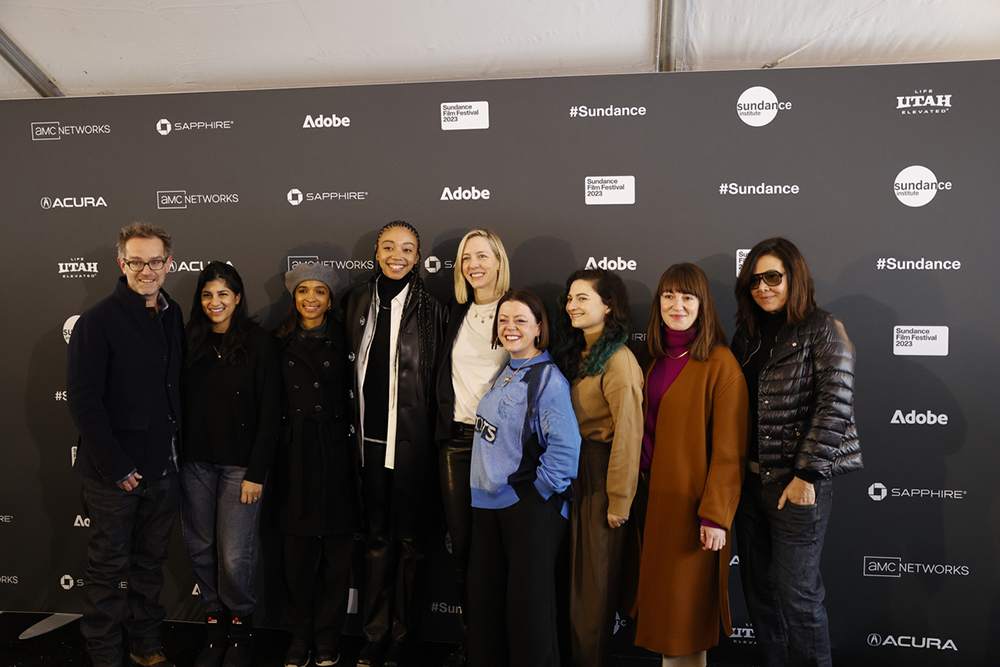