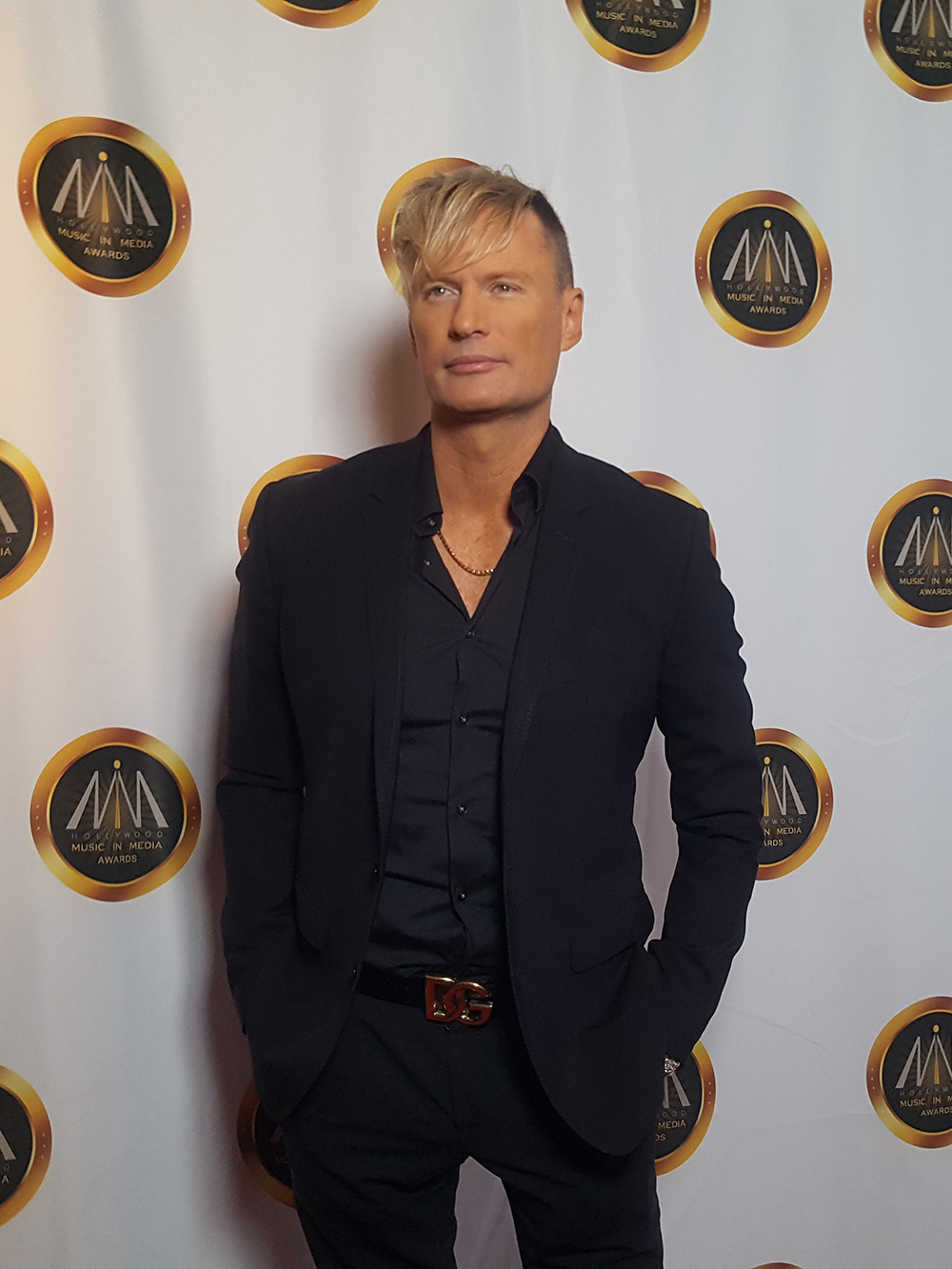 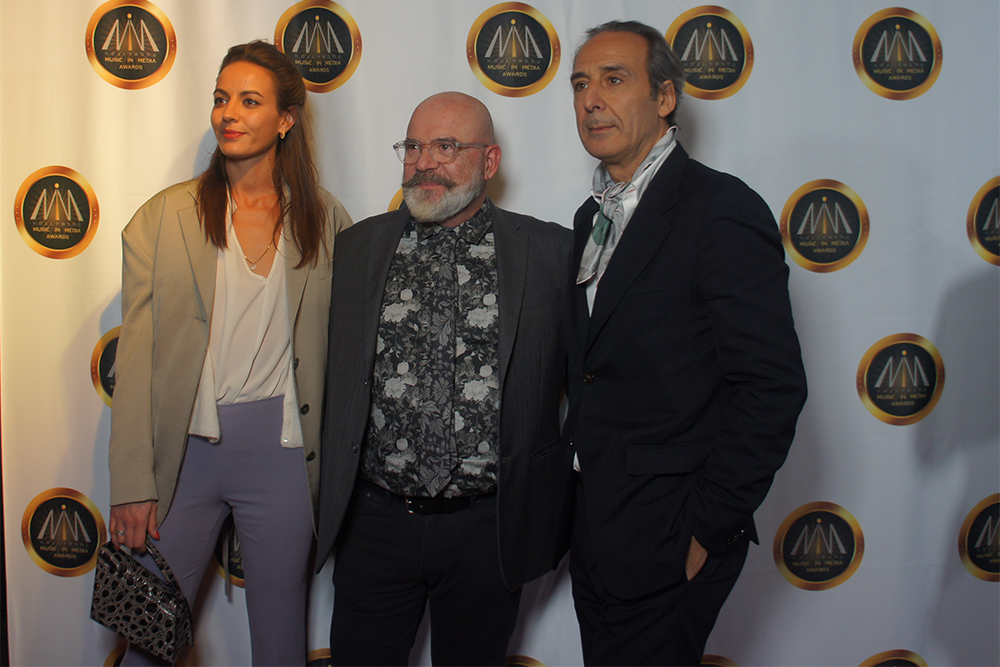 The awards were presented Wednesday, November 16, 2022 at 8:00pm (PST) at The Avalon 1735 Vine Street in Hollywood, featuring special performances from Charles Fox performing a medley of his TV theme songs including Happy Days, Laverne & Shirley; Diane Warren performed her original song from Tell It Like a Woman, “Applause,” and received roaring applause when she won Best Song for Independent Film; Rita Wilson performing her original song from the film A Man Called Otto, “’Til You’re Home;” and Iranian singer Mojgan Shajarian, the daughter of Maestro Mohammad-Reza Shajarian, performing the Unofficial National Anthem of Freedom in Iran “Morghe Sahar.” Kurt Farquhar, prolific television composer and the recipient of the HMMA Career Achievement Award, gave an inspiring acceptance speech about growing up in Chicago and battling homelessness before beginning his career as a composer. He extended an emotional thank you to his brother, Ralph Farquhar who helped him get his first jobs in television. He urged Hollywood to consider working with composers and creatives that aren’t the obvious choice. Presenters included composer Justin Hurwitz, whose first award was an HMMA for his La La Land score that went on to win the Academy Award and who composed the score for the upcoming film, Babylon; legendary member of Earth, Wind, and Fire, Ralph Johnson; and composers Nami Melumad (Thor: Love and Thunder, Star Trek: Strange New Worlds) and Amie Doherty (She Hulk: Attorney at Law, Spirit Untamed). 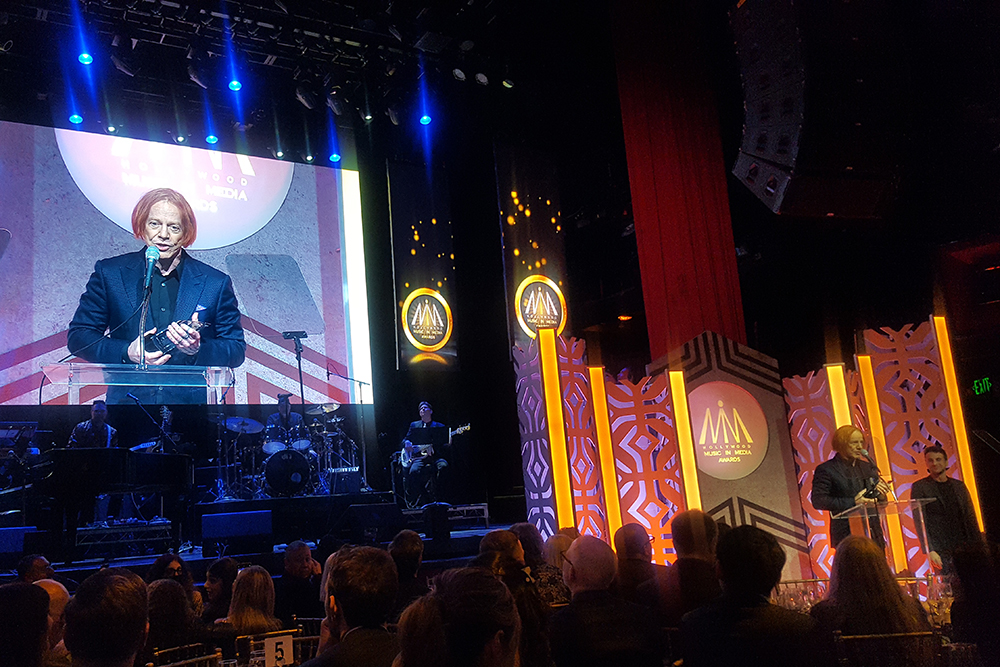 The HMMAs honors composers, songwriters, and music supervisors for their work in music for film, television, and videogames. For awards consideration, score entries submit up to 15-minutes of score to picture as it appears in the visual media project. Several films were only available to see in the context of the scenes provided.  Hollywood Music in Media Awards™ (HMMA) is the premier awards organization to honor original music (Song and Score) in all visual media from around the globe. The HMMA nominations have historically been representative of the nominees and winners of the Golden Globes, Oscars, Grammys, and Emmys that occur months later. The Hollywood Music in Media Awards will feature music performances, celebrity presenters, tributes to music industry icons, awards for composers, songwriters, and artists.

Past HMMA winners who went on to win Oscars include last year’s Billie Eilish and Finneas for No time to die and Hans Zimmer for Dune, as well as Trent Reznor, Atticus Ross & Jon Batiste for Soul, Hildur Guðnadóttir for Joker, Ludwig Goransson for Black Panther, Alexandre Desplat for Shape of water, songs from Judas & The black messiah, la la land, A star is born and more. The HMMA voters consist of select journalists, Oscar, Grammy, Golden Globe and Emmy voters.  For a complete list of winners in all categories visit https://www.hmmawards.com/hmma-winners/ 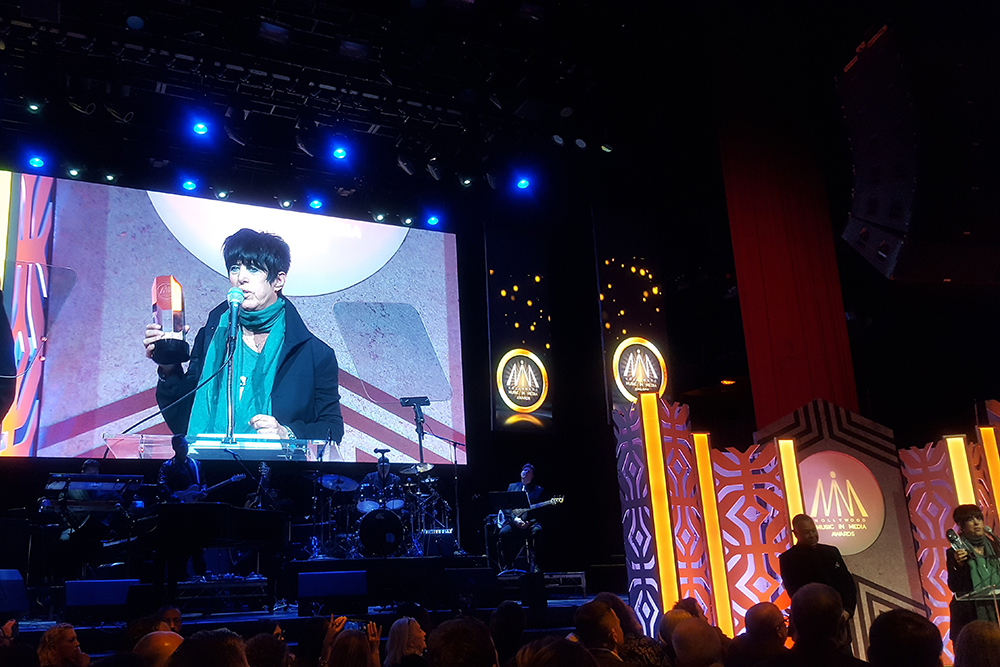 Song - independent film
"Applause" from Tell it like a woman. Written by Diane Warren. Performed by Sofia Carson.

Music documentary/special program
Killing me softly with his songs - Directed by Danny Gold.

You can discover the photos of the red carpet in our Flickr page here and here and from the ceremony here and the official photos here.

Our interviews on the red carpet can be watch in our Youtube channel : Alexandre Desplat, Diane Warren, Terence Blanchard and Weird Al Yankovic