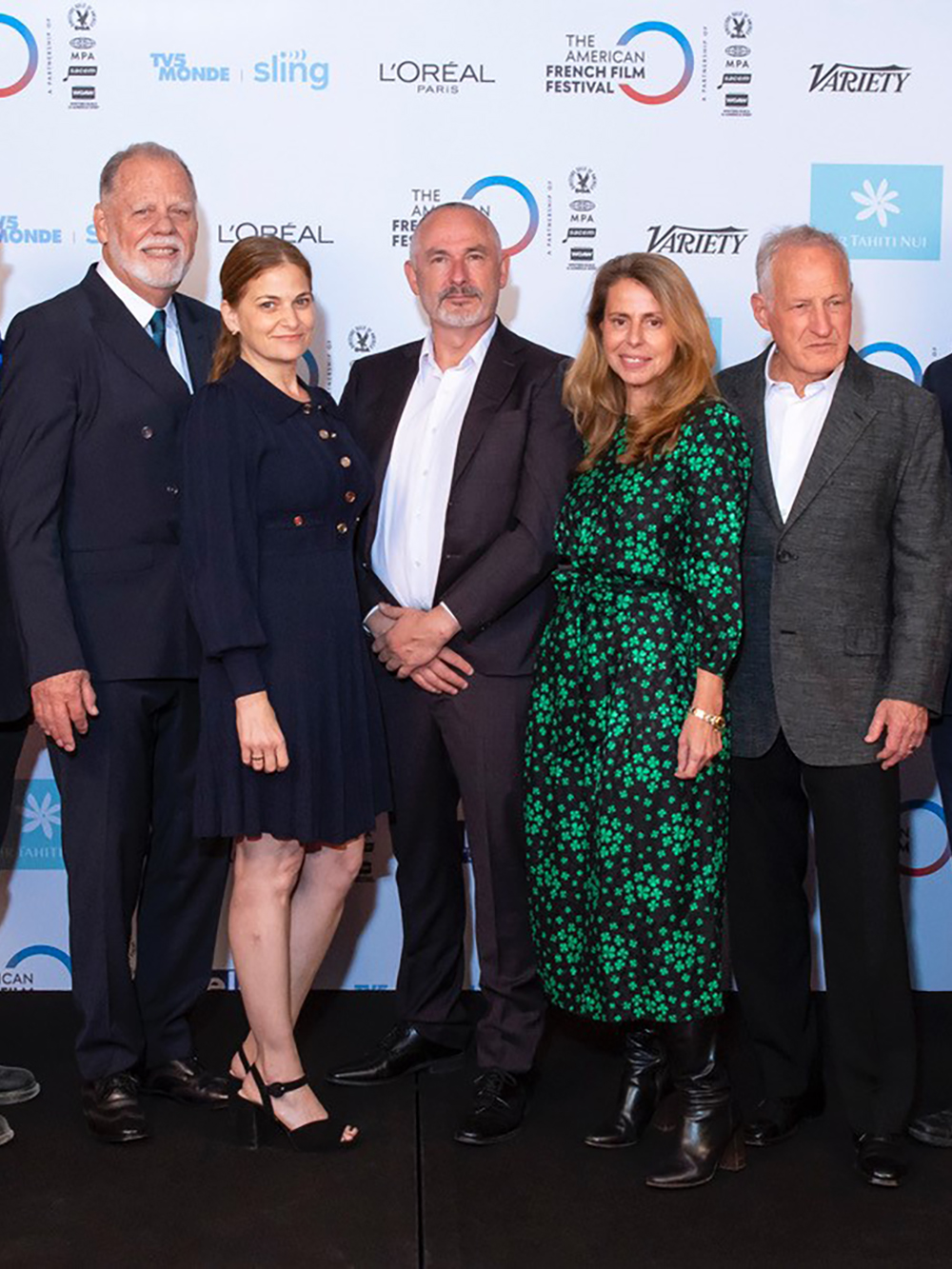 Tonight at a ceremony in Paris, nine awards for films and series that were screened at the 26th edition of The American French Film Festival (formerly COLCOA) were presented by the Franco American Cultural Fund.  Among the winners were Emmanuel Mouret’s Diary of a fleeting affair / Chronique d’une liaison passagère, which won the Critics’ Choice award for Best Film, and Eric Gavel’s FULL TIME / À plein temps, which won the Audience Choice award for Best Film. Both awards were presented by Michael Mann, member of the DGA and the Franco American Cultural Fund Board (FACF).

Emmanuel Mouret is no stranger to COLCOA, having been first introduced to American audiences at COLCOA in 2005 with his first Vénus et Fleur. He has directed 11 films to date, including Love Affair(s), which debuted at COLCOA last year. Diary of a fleeting affair premiered at this year’s Cannes Film Festival.

FULL TIME also won a Best Director prize for Eric Gavel and a Best Actress Award for Laure Calamy, who is best known to American audiences as “Noémie” on the hit Netflix series Call My Agent!, at the Venice Film Festival. 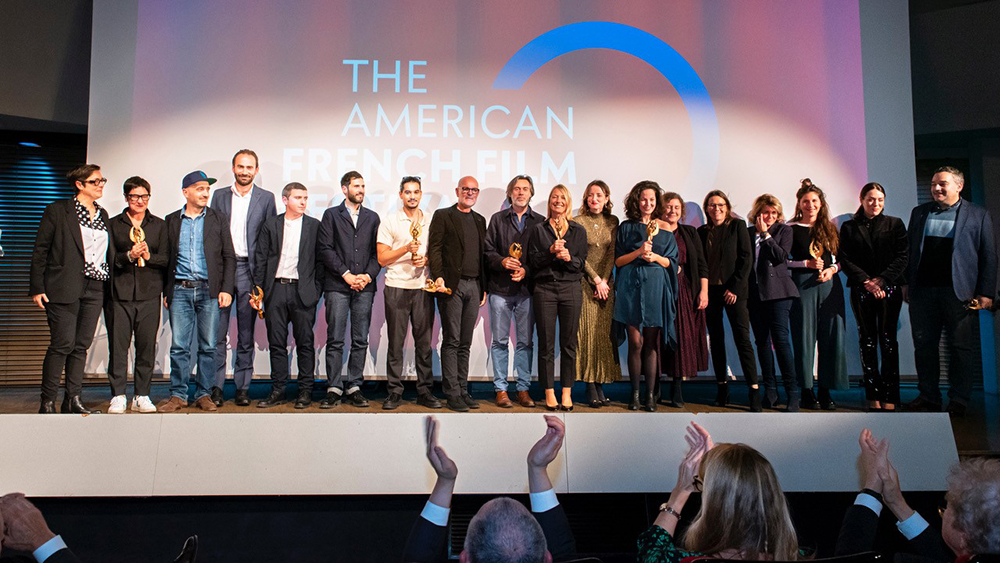 In addition to the awards for Best Film, here are the other winners honored at the ceremony in Paris:

Andrea Berloff, screenwriter member of the WGA and of the FACF board, presented
- The Jury Prize for Best Short Film to FAIRPLAY by Zoel Aeschbacher
- The Audience Award for Best Short Film to LES VERTUEUSES by Stéphanie Halfon The Audience Award for best documentary to ALICE GUY, THE FIRST FEMALE DIRECTOR / Alice Guy, L’inconnue du 7éme art by Valérie Urréa and Nathalie Masduraud

“This year’s winners list reflects the diversity of French production and values represented by both established talent and a new generation of filmmakers, particularly through the prominence given to first-time filmmakers. It also highlights the growing number of films and series written and directed by women in France. I am delighted that these awards, which express the way Hollywood looks at French cinema and series each year, recognize and celebrate these trends," said François Truffart, Executive Producer and Programmer, The American French Film Festival. 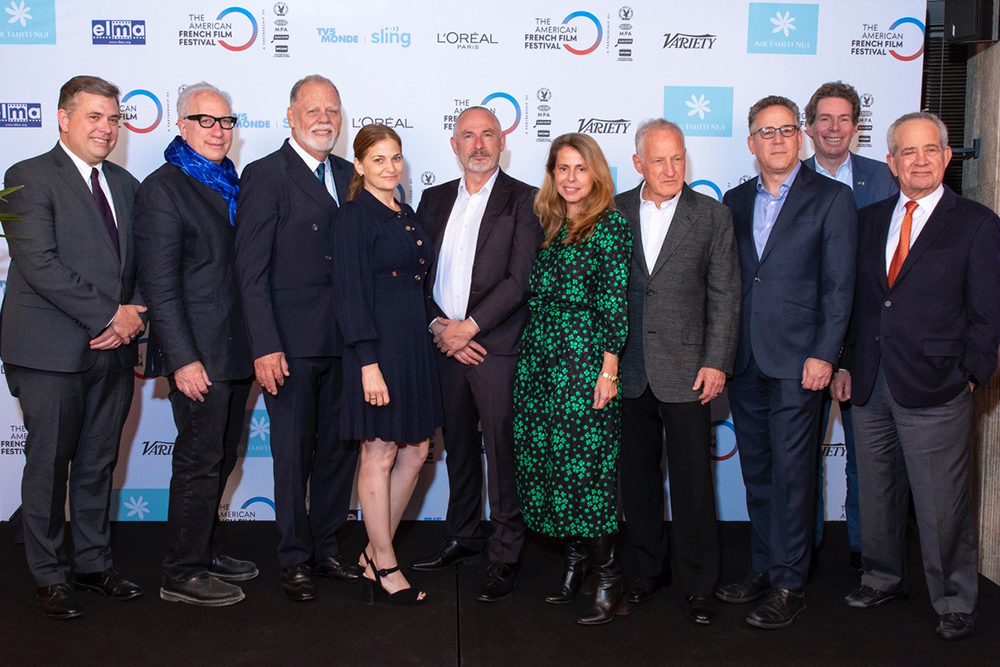 During the evening, which was opened by the President of Sacem, Serge Péathoner, Cécile Rap-Veber, director of Sacem and president of the Franco-American Cultural Fund (FACF), praised the Fund's founding and emblematic action: the creation, 26 years ago, of COLCOA -now know as TAFFF- which offered memorable moments to music and film lovers, citing the screening of La Môme, by Olivier Dahan presented for the first time in the United States, and revealing Marion Cotillard to the American audience, or the festival's 2019 opening with Les Misérables, which later represented France at the Academy Awards.  She also underscored that the festival's mission is to create links and bridges between film professionals in Paris and Los Angeles, as well as to allow many films to find their American distributor and support the American release of those who already have.

During the ceremony, a tribute was also paid to Jay D. Roth, National Executive Director of the DGA for 22 years, founding member of the FACF in 1995, fierce defender of cinema and those who make it. Cécile Rap-Weber said Roth was "one of those visionaries who thought that beyond the divergent conceptions of culture (we talk about industry in the US and 7th art in France), it was necessary to unite around a certain idea of French cultural exception" and thanks to whom "the Fund has contributed to the creation of several programs which have become references for the young generation of filmmakers over the years and has reinforced the friendship and common commitment between creators from both countries."

From October 10-16, 75 films and series were screened at The American French Film Festival in Los Angeles. A delegation of 60 French filmmakers, composers, writers, directors, producers and actors were in attendance.  The Festival offers a unique platform to promote French films and series at the beginning of the Awards Season in Hollywood. Annually, the festival brings the highest-caliber French filmmakers and talent to Los Angeles for red carpet premieres, numerous panels and screenings, as well as the opportunity for high-profile collaborations between French and American professionals. In addition, more than 14,000 audience members - including journalists, industry professionals, the general public and students - attend the festival annually.