After 3 years of waiting, the time has come to meet again the major players of the industry who promise a more festive experience than ever. The PGW Restart offers a varied program of games and licenses to discover, test and share the passion of video games. Major publishers will be present at Paris Games Week 2022, including: Bandai Namco Entertainment, Capcom, Nintendo, PLAION and its partners SEGA and Koei Tecmo, PlayStation, Square Enix, Ubisoft and Xbox.

At PLAION's booth, gamers will be able to try out Sonic Frontiers and Like a Dragon: Ishin! from SEGA, which will be playable for the first time in France. Masocore par excellence, Wo Long: Fallen Dynasty from Koei Tecmo will invite visitors to surpass themselves. For music lovers, Let's Sing 2023 French and International Hits distributed by PLAION will allow them to win concert tickets!

PLAION and its partners SEGA and KOEI TECMO will be present during Paris Games Week 2022, from November 2 to 6, at the Parc des Expositions de Paris, Porte de Versailles.  After two years without Paris Games Week, PLAION is happy to be part of the exhibitors for this 2022 edition, from November 2 to 6. PLAION's rich and varied catalog allows us to offer games for all ages and especially for all tastes. Come to our booth B028 to play titles before their release, meet Cosplayers, take a picture of yourself on our dedicated areas and leave with tons of goodies. Thanks to our partnership with Samsung, visitors will be able to discover the PLAION line-up on their dedicated gaming screens. 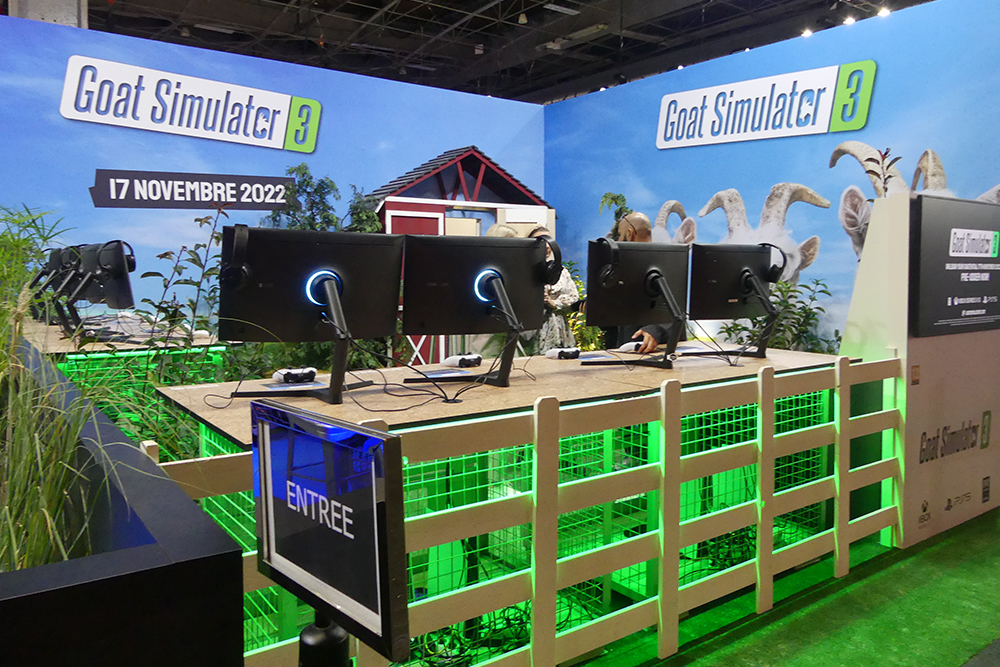 Meet Pilgor, the most delirious goat of the moment, and discover the co-op mode of Goat Simulator 3 on our booth.  Get ready for things to go from bad to worse... Lick, headbutt and gore anything that gets in your way in a new open world. Goat Simulator 3 will be released on November 17 on PC exclusively via Epic Games Stores, PS5 and Xbox Series X│S. 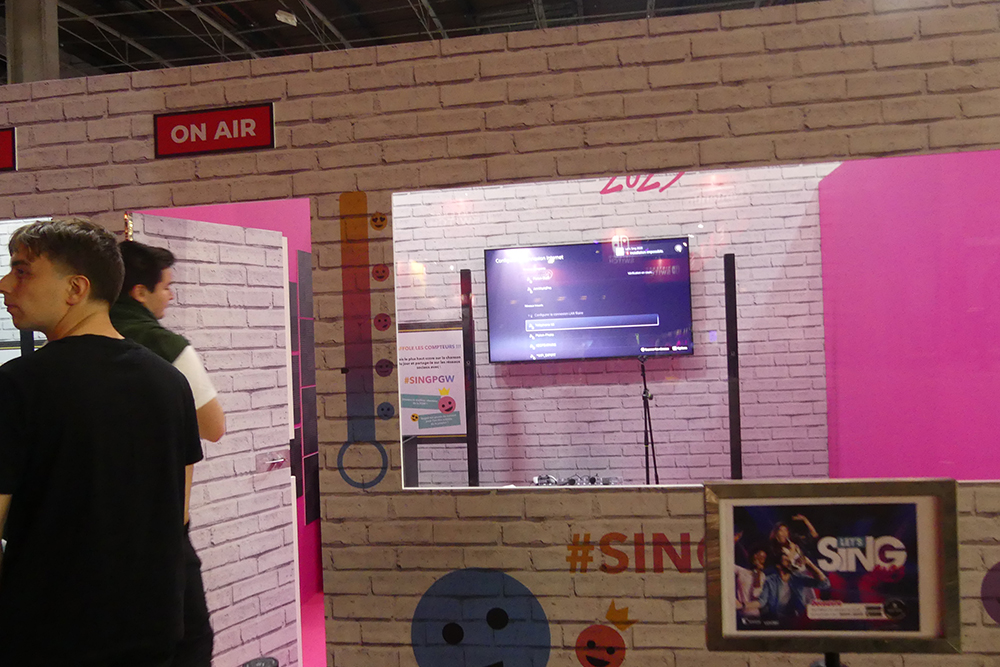 Once again, the singing game developed by Voxler, Let's Sing, will be present at Paris Games Week with its brand new release Let's Sing 2023 French and International Hits.  Come sing your favorite songs and become the ultimate superstar. Let's Sing 2023 French and International Hits will be released on November 15 for Nintendo Switch™, PlayStation®4, PlayStation®5 and Xbox. 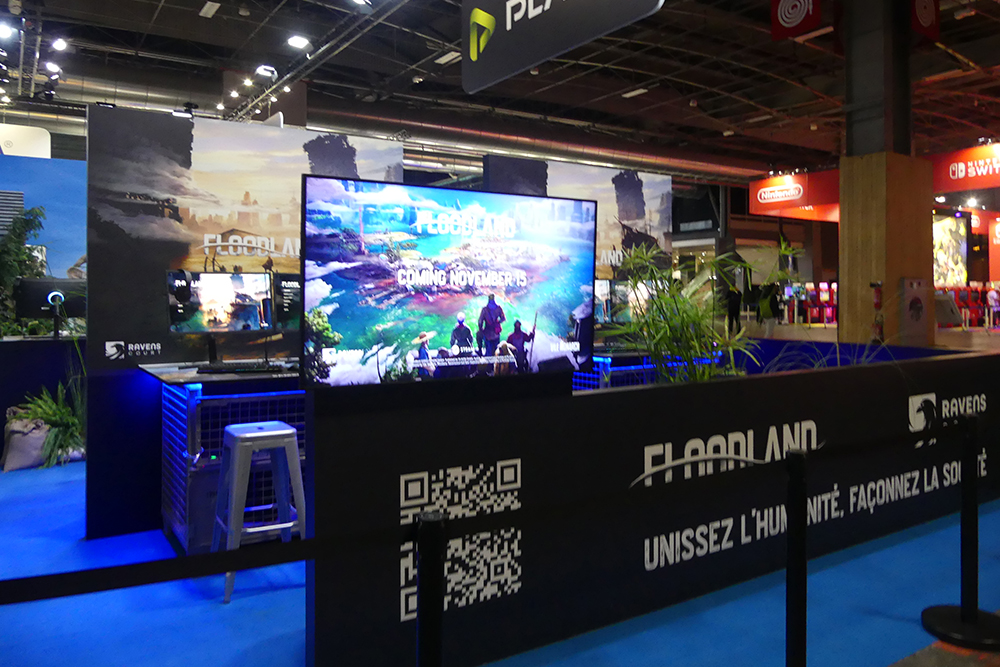 Come test your survival reflexes.  Holed up in the swamps of a city engulfed by water, you lead a small group of nomads to rebuild and bring forth a new world. To do this, you must explore the remains of the city and search for resources, but also relearn the basic techniques of farming and fishing to transform your makeshift camp into a thriving city. Floodland will be released on Steam and GOG on November 15th of this year. 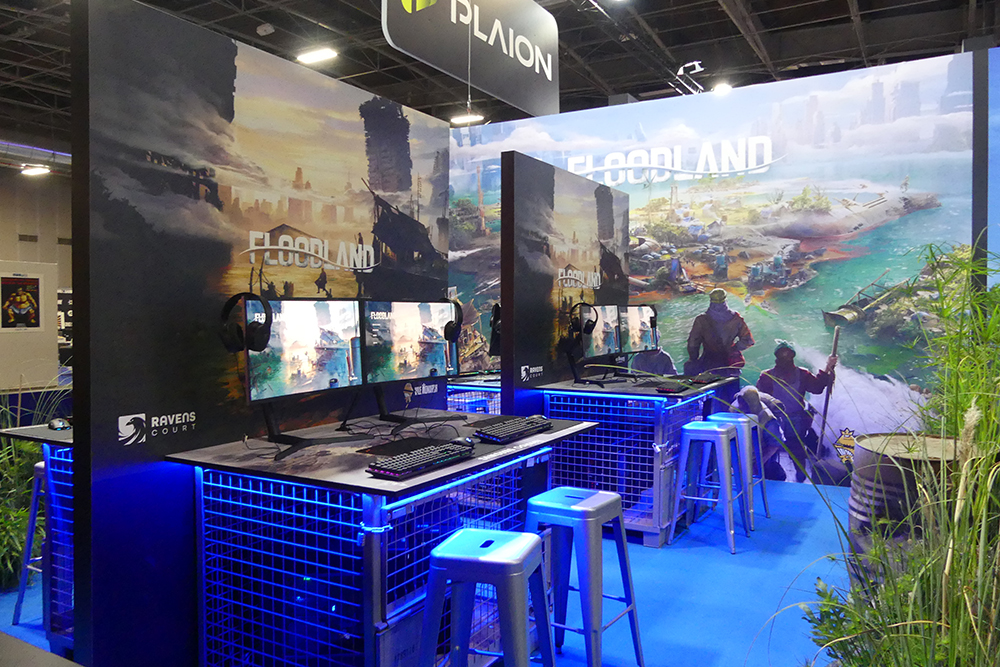 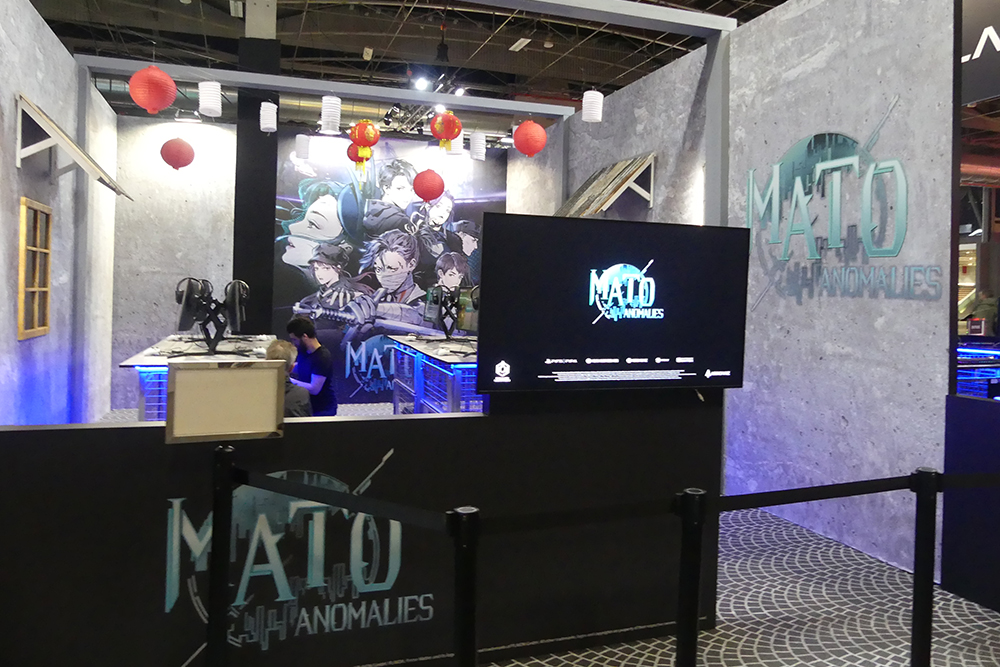 RPG fans will not be left out and will be able to discover the universe of Mato Anomalies. In this original RPG with a sleek style, the player slips into the role of Detective Doe to uncover the dark secrets behind Mato's invasion by supernatural creatures.  Mato Anomalies will be available on PlayStation®4, PlayStation®5, Xbox One, Xbox Series X|S, Nintendo Switch and PC via Steam in 2023.

Sensitive souls please, Gungrave G.O.R.E is not for the young. Play as Grave, a former mafia hitman who has returned from the dead! Emotionally devoid, his only obsession is the complete eradication of "SEED", a dangerous alien drug that is spreading across the world, in order to protect his adopted daughter. Venture into a modern, advanced Southeast Asia to fulfill your quest for revenge! Violence is a dish best served cold... Gungrave G.O.R.E will be released on November 22, 2022 for PlayStation®5, PlayStation®4, Xbox and PC. 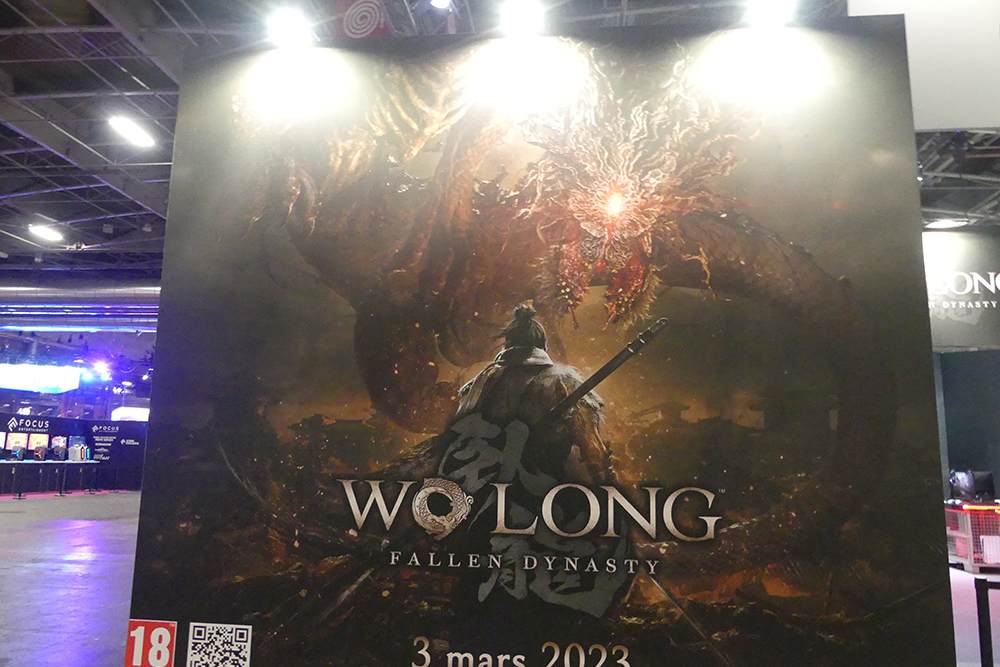 Wo Long: Fallen Dynasty follows the dramatic and action-packed story of a nameless soldier fighting for survival in a dark fantasy version of the late Han Dynasty, where demons have invaded the Three Kingdoms. Players will battle deadly creatures as well as enemy soldiers using a sword fighting style based on Chinese martial arts.  Developed by Team Ninja, Wo Long: Fallen Dynasty will be released in early 2023 for Xbox Series X|S, Xbox One, PlayStation®5, PlayStation®4 and PC via Steam®. 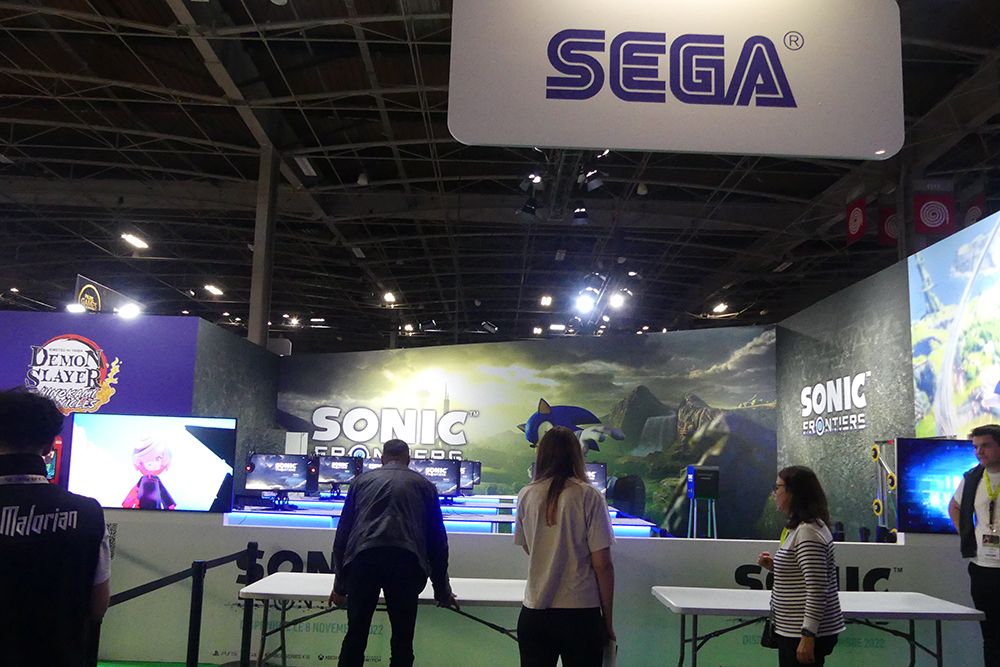 Fans of the fastest blue hedgehog of all time should rejoice, Sonic Frontiers will be present at PGW.   Sonic Frontiers is a new open-world action-adventure game where Sonic begins a new chapter on the mysterious Starfall Islands in search of the missing Chaos Emeralds. As he seeks to reunite with his friends, he will have to unravel the mysteries of the ancient civilization whose ruins dot this strange place and face the enemies he encounters there. Sonic Frontiers will be available on PlayStation®5, PlayStation®4, Xbox Series X|S, Xbox One, Nintendo Switch™ and PC on November 8. 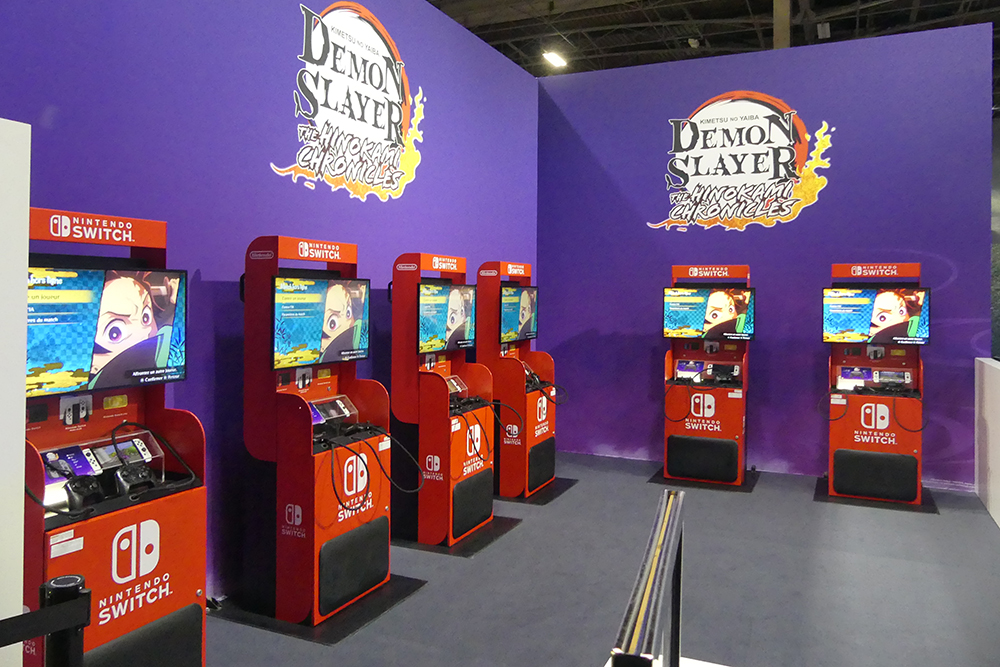 SEGA is excited to offer visitors the opportunity to come play Demon Slayer -Kimetsu No Yaiba- The Hinokami Chronicles in its Switch version.  Become the blade that will slay the demons! As a reminder, the game is already available on PlayStation 5, PlayStation 4, Series X|S, Xbox One, PC and Nintendo Switch.

PGW is a meeting place for all communities and all generations, and will feature a wide range of activities that reflect the diversity of the ecosystem. Young and old will be able to meet cosplayers on the Imagin'Con association's booth, which will offer many animations and activities, and to travel with the family through the 50 years of video games on the MO5 association's retrogaming space. You can also visit the PGW Shop, which will offer a range of Paris Games Week collectors' products, and the FNAC store area to discover new products, animations and demonstrations. PGW, which takes place during the All Saints' Day vacations, is naturally a meeting place for all families. The PGW Junior area will offer activities and games to try out for budding gamers and parents alike! 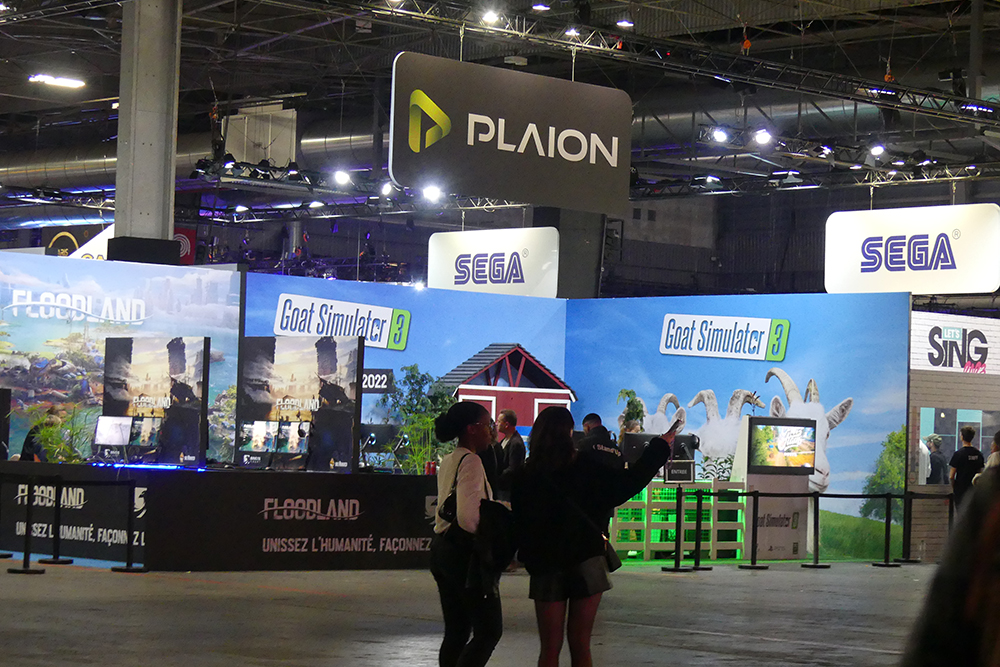