On Wednesday, September 21 the many global events scheduled to celebrate the legendary franchise officially kicked-off with producers Michael G. Wilson and Barbara Broccoli, partaking in the 95-year-old Hollywood tradition of imprinting their hands at the forefront of the TCL Chinese Theater IMAX. 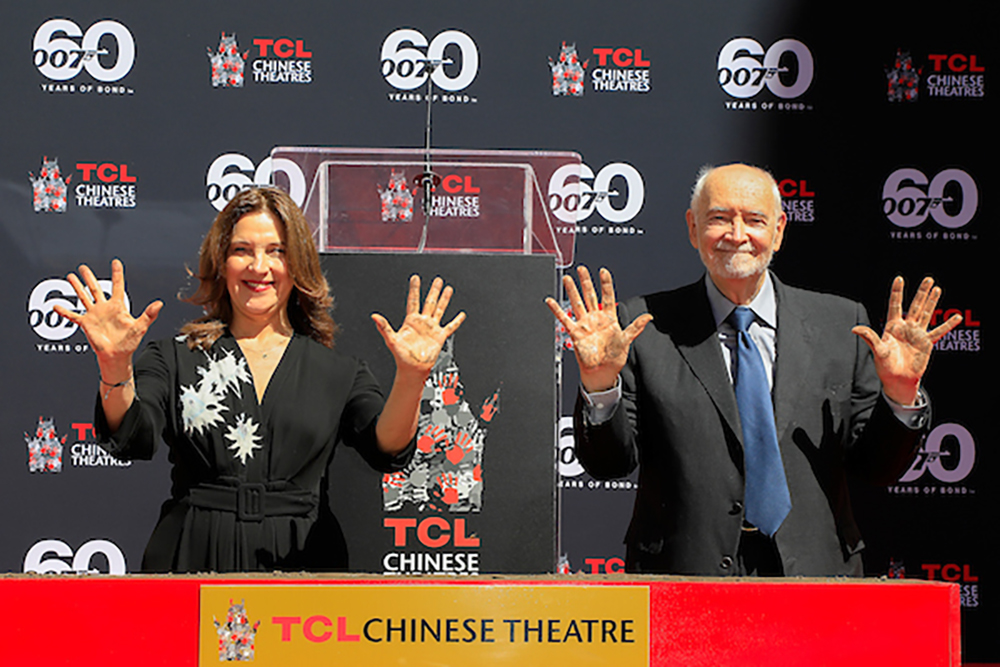 Following the ceremony Wilson and Broccoli were honored as the Will Rogers Motion Picture Pioneers Foundation 2022 Pioneers of the Year. The acclaimed producers were presented the prestigious award by Daniel Craig and Michelle Yeoh at the Foundation’s Pioneer of the Year dinner, presented by MGM/United Artists Releasing and Amazon Studios. Sam Smith also performed three songs, including the Award winning song “Writing’s On The Wall” from Spectre. 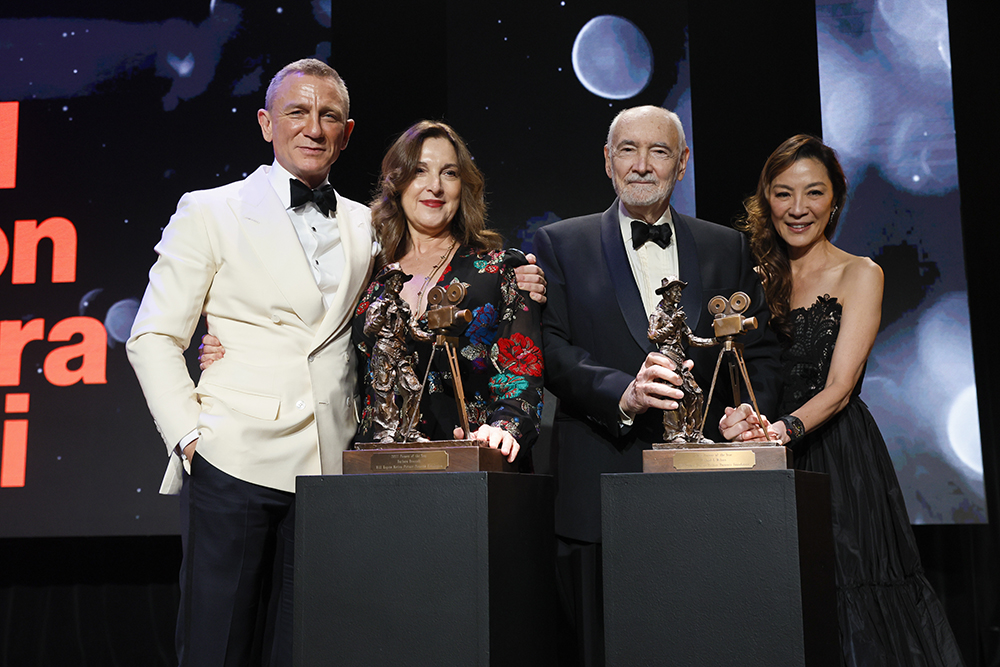 Also, announced was the debut of the new feature documentary The sound of 007, directed by BIFA-winner and BAFTA-nominee Mat Whitecross (The Kings, Oasis: Supersonic, The Road to Guantánamo) that will be available exclusively on Prime Video from October 5. The sound of 007 pulls back the curtain on the remarkable history of six decades of Bond music, taking viewers on a journey from Sean Connery’s Dr. No through to Daniel Craig’s final outing in No Time to Die.  Discover an exclusive clip of this new Prime video documentary :