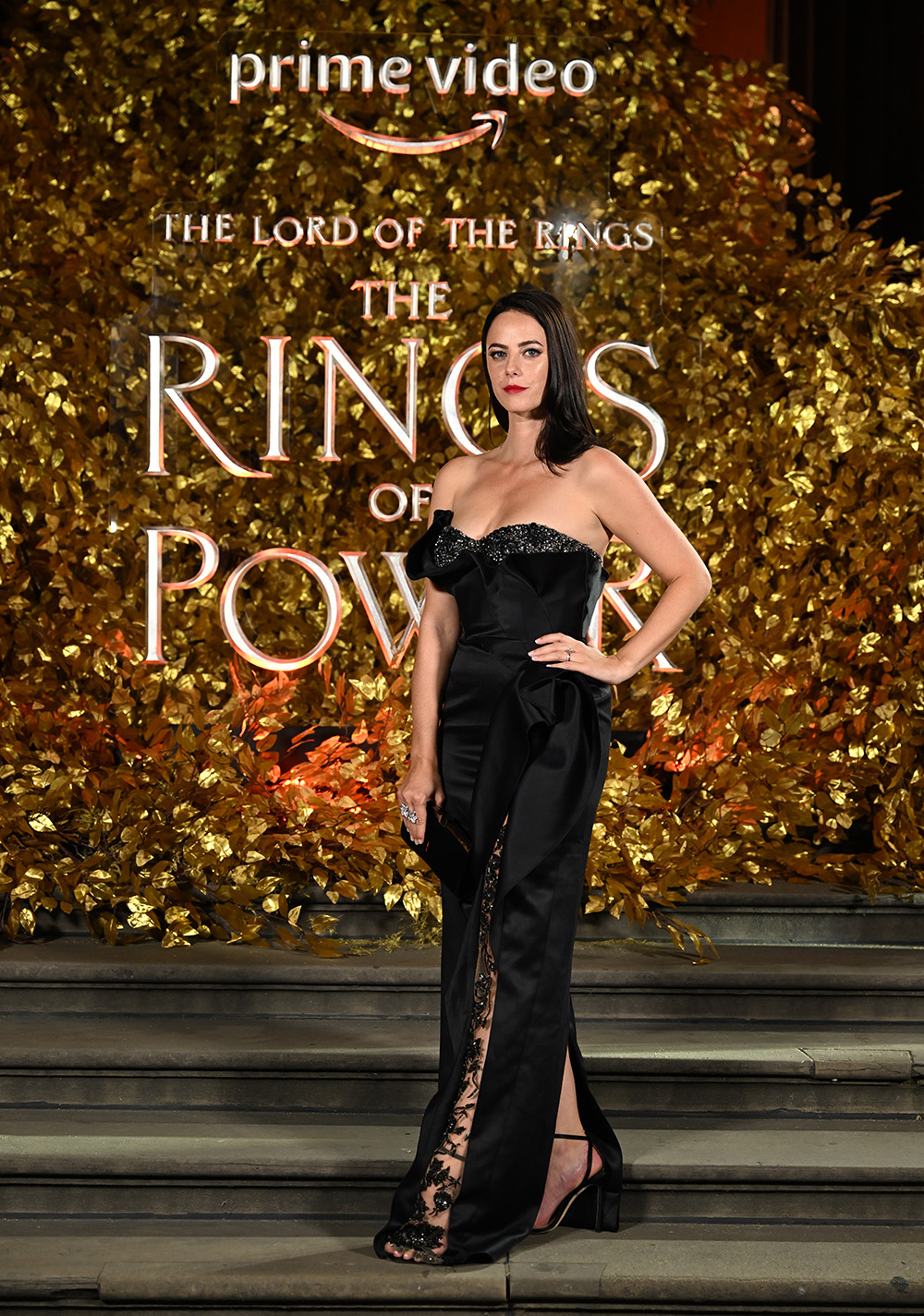 Tonight, London’s historic British Museum served as the glorious setting for the premiere after-party of The Lord of the Rings: The Rings of Power, the highly anticipated Prime Video series debuting on September 2.

The British Museum, established in 1753, boasts a collection of over 8 million objects, including one of the leading collections of the sort of material that inspired J.R.R. Tolkien. The historic venue was transformed into a tribute to the legacy of the iconic works of Tolkien, transporting guests into the magical worlds he created. 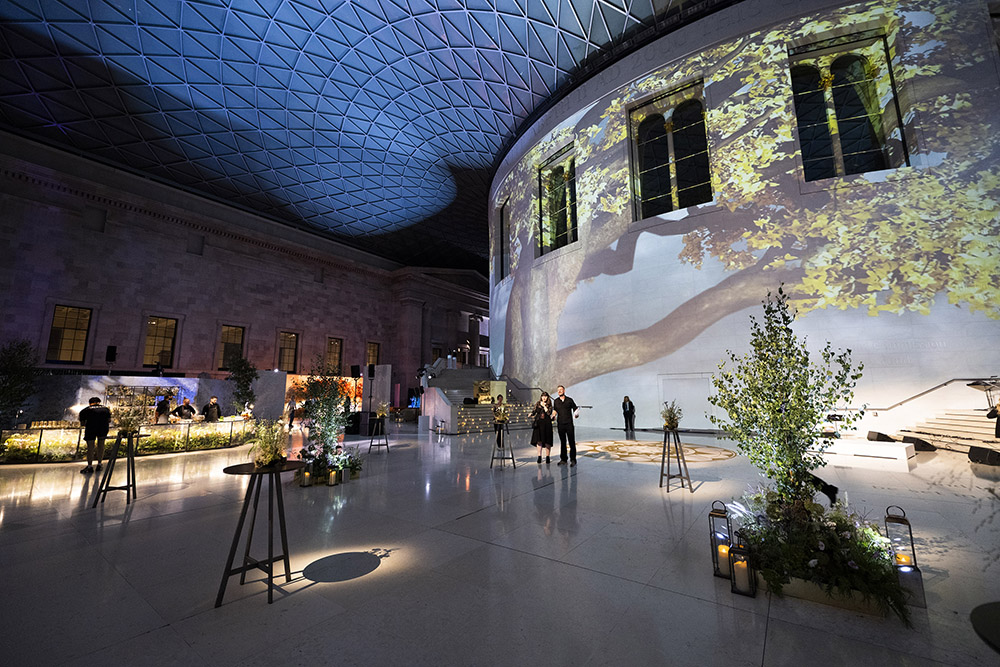 The exterior of the iconic museum served as a visually stunning backdrop for arrivals of the global premiere’s special guests. The red carpet, lined in gold Elven script, ran up the steps past towering columns gilded in golden leaves reminiscent of Middle-earth’s Lindon realm. Inside the event, and to celebrate the launch of The Rings of Power, series composer Bear McCreary led a 13-piece orchestra, including 10 taiko drums and 21 vocalists, in a live performance of a composition he created specifically for the London premiere. McCreary’s performance occurred on the steps of the Great Court, surrounding the famous Round Reading Room. The Round Reading Room, which was completed in 1857, became a world-famous center of learning at the heart of the Museum. 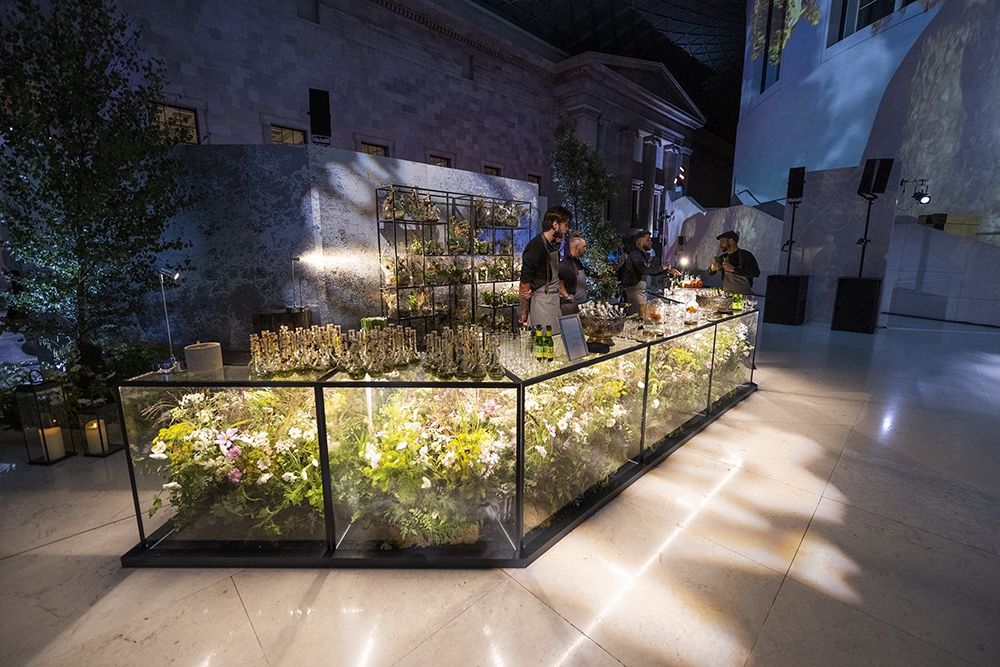 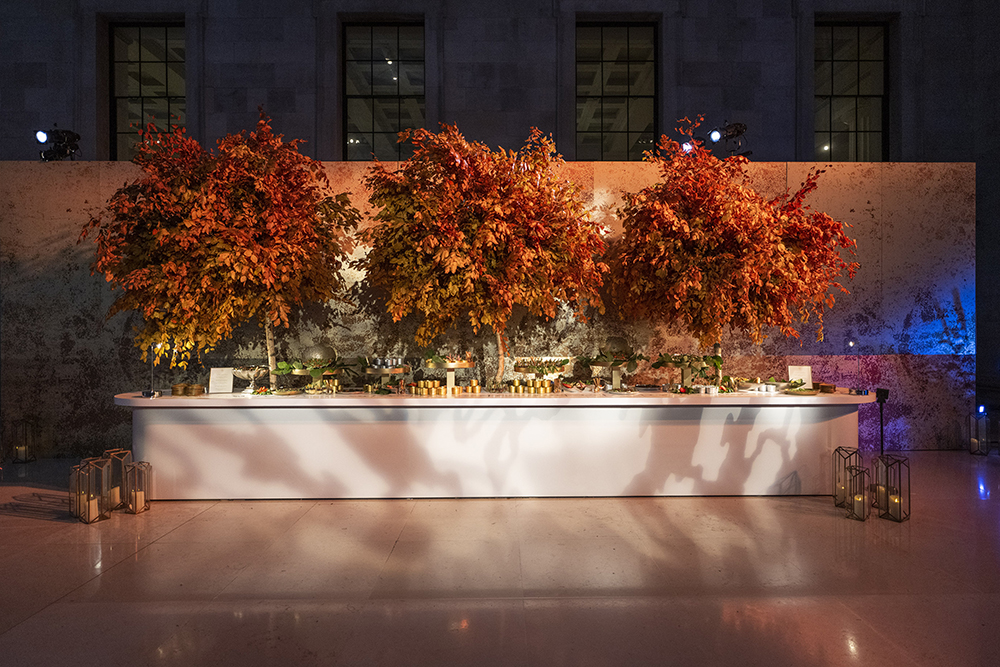 Some of those treasures that were on display for event guests included:
- Anglo-Saxon Seax (fighting knife), inscribed with Old English runes. Tolkien created his own runic alphabets, derived from Old English and Old Norse runes, while some of his characters fought with weapons like this.
- 11th-century gold Viking ring, found in a hoard in Hampshire. In Viking times, as in Tolkien’s books, gold rings were symbols of wealth and power. This example is made of six separate strands of gold twisted together in an intricate pattern.
- Double-edged Viking sword from the River Thames. This sword has a pattern-welded blade, which when new would have created an almost magical shimmering effect. The hilt fittings are decorated with silver and copper inlay. A suitable weapon for an Elvish hero.
- Viking Axehead, 10th or 11th century. If swords were the chosen weapons of Elves and Men, Tolkien’s Dwarves loved their axes. This massive example could cut an enemy in half, or take out the legs from a charging horse. 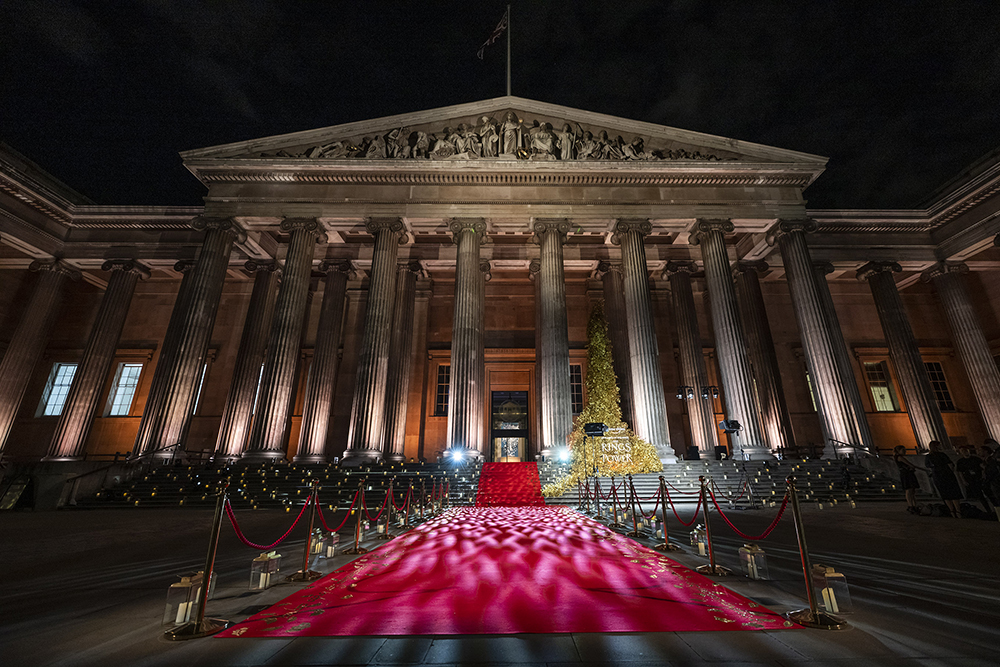 Prime Video's The Lord of the Rings: The Rings of Power brings to screens for the very first time the heroic legends of the fabled Second Age of Middle-earth's history. This epic drama is set thousands of years before the events of J.R.R. Tolkien’s The Hobbit and The Lord of the Rings, and will take viewers back to an era in which great powers were forged, kingdoms rose to glory and fell to ruin, unlikely heroes were tested, hope hung by the finest of threads, and the greatest villain that ever flowed from Tolkien’s pen threatened to cover all the world in darkness. Beginning in a time of relative peace, the series follows an ensemble cast of characters, both familiar and new, as they confront the long-feared re-emergence of evil to Middle-earth. From the darkest depths of the Misty Mountains, to the majestic forests of the elf-capital of Lindon, to the breathtaking island kingdom of Númenor, to the furthest reaches of the map, these kingdoms and characters will carve out legacies that live on long after they are gone. 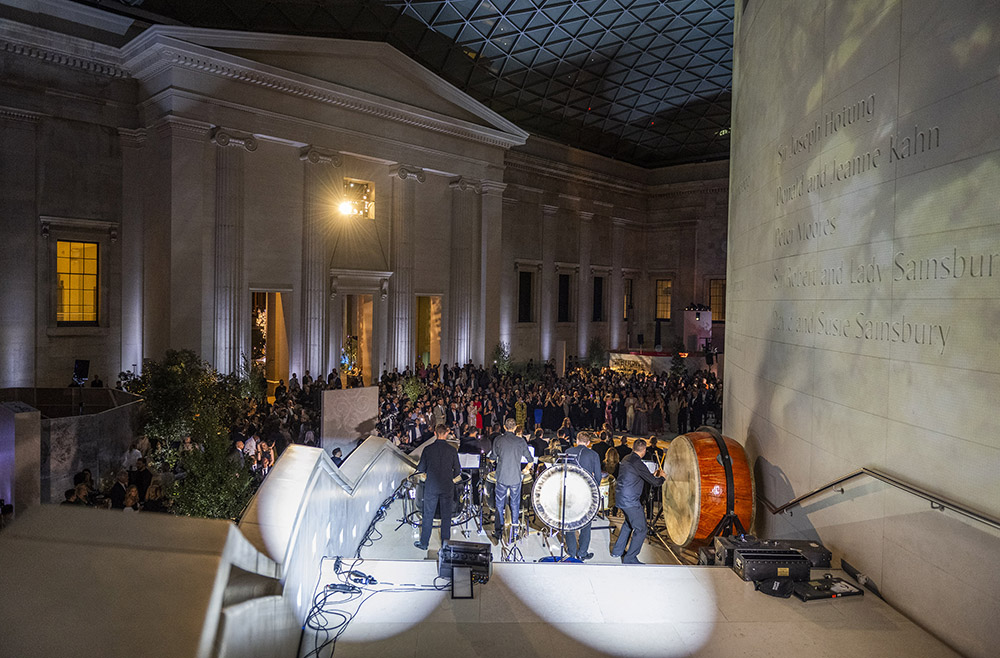 The first two episodes of the multi-season drama will launch on Prime Video in more than 240 countries and territories worldwide on Friday, September 2, with new episodes available weekly.

Synopsis :
Beginning in a time of relative peace, the series follows a cast of characters, both familiar and new, as they face the dreaded re-emergence of evil in Middle-earth. From the darkest depths of the Misty Mountains, to the majestic forests of the elven capital of Lindon, to the breathtaking island kingdom of Númenor, to the farthest reaches of the map, these kingdoms and characters will carve out legacies that will endure long after they are gone. 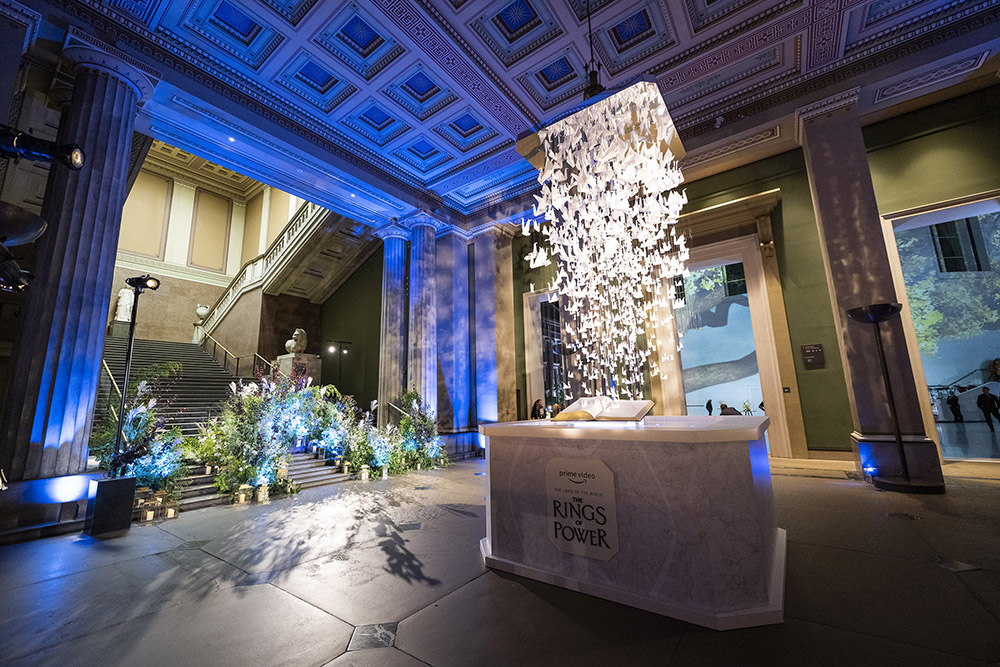