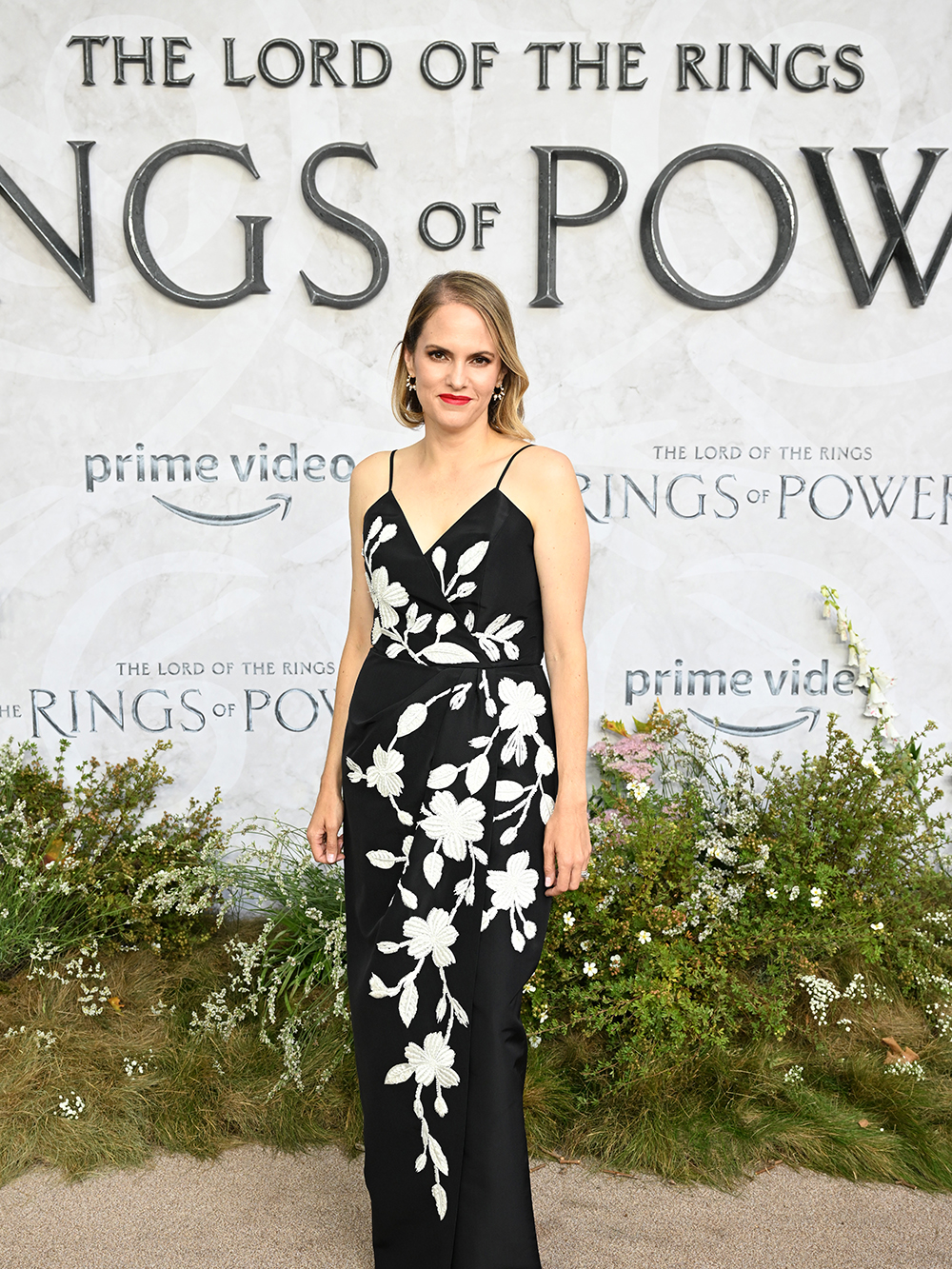 Tonight, the highly anticipated Prime Video series The Lord of the Rings: The Rings of Power honored J.R.R. Tolkien by ending its epic global tour in the United Kingdom with its world premiere in London’s Leicester Square. Prime Video brought nearly 2,000 people—including cast, producers, and fans—into Middle-earth in advance of the series’ September 2 debut. 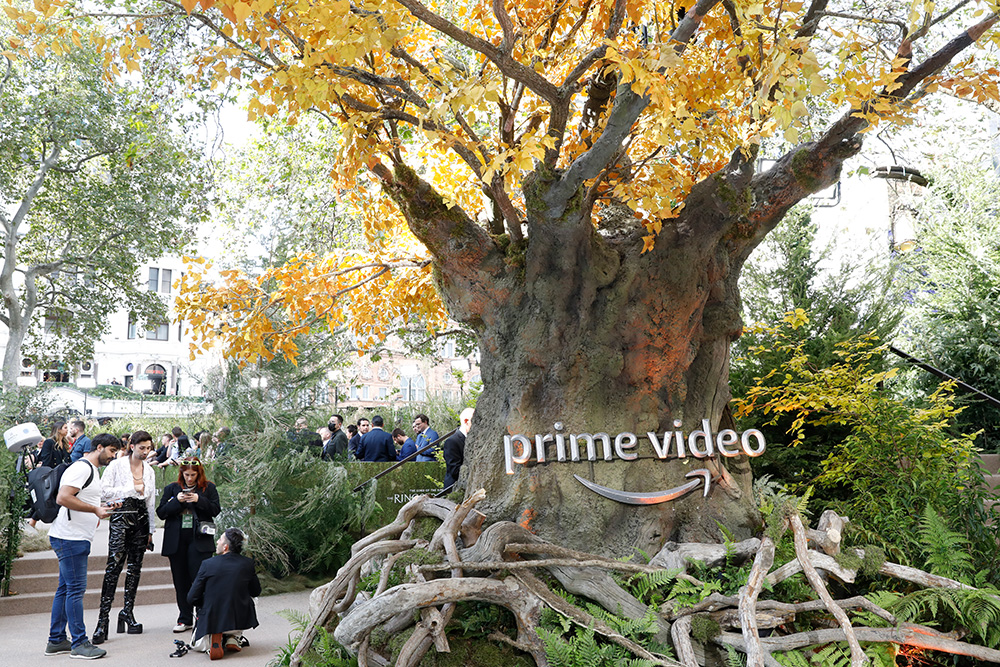 The London premiere represented the final stop in the series’ five-city world tour that started in Los Angeles and included Mexico City, Mumbai, and New York City before culminating in Tuesday’s historic Leicester Square premiere. A fully immersive, Ring-shaped carpet took cast, crew, and guests on a narrative journey through five realms of Middle-earth, as they interacted with media and fans on their way into the Odeon Luxe and Cineworld in Leicester Square. The center of the 2,000-foot-long circular carpet was anchored by an exquisitely hand-crafted 40-foot-tall structure representing the five realms depicted in the series: The Elf capital of Lindon; the Dwarven realm of Khazad-dûm; the island kingdom of Númenor; the Southlands, the world of Man; and the Wilderlands, the home of the Harfoots. Five customized lanterns representing the five realms lit the way for cast down the carpet, each with different light sources: Fire and coal for the Dwarves, the Harfoots’ fireflies, Númenor’s oil lamps, the Southlanders’ caged candles, and Elven glow. 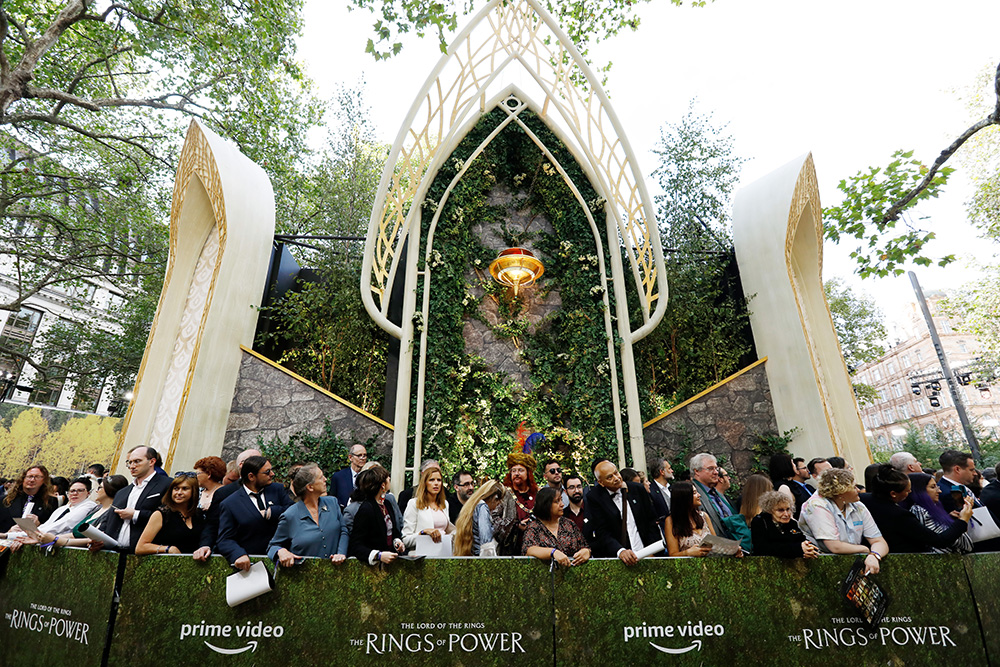 A living environment was created with a multitude of plants, grass, moss, vines, and 100 large-scale trees. A multilevel environment, mimicking the mountainous and hilly topography of the world, was created with various levels and vantage points, with greenery that will be repurposed or recycled following the event for future use. 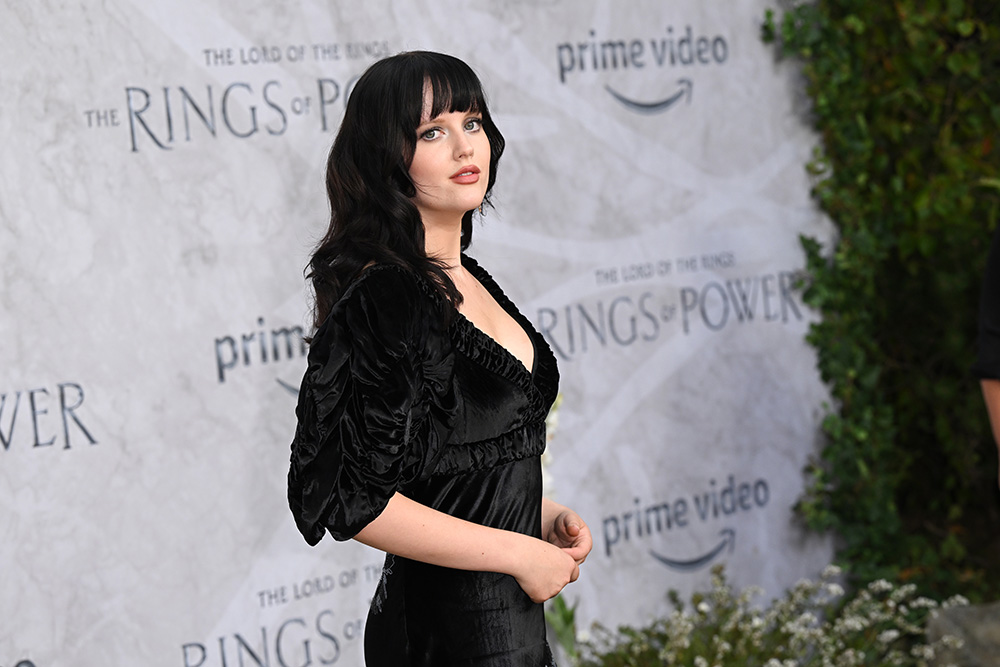 Prime Video's The Lord of the Rings: The Rings of Power brings to screens for the very first time the heroic legends of the fabled Second Age of Middle-earth's history. This epic drama is set thousands of years before the events of J.R.R. Tolkien’s The Hobbit and The Lord of the Rings, and will take viewers back to an era in which great powers were forged, kingdoms rose to glory and fell to ruin, unlikely heroes were tested, hope hung by the finest of threads, and the greatest villain that ever flowed from Tolkien’s pen threatened to cover all the world in darkness. Beginning in a time of relative peace, the series follows an ensemble cast of characters, both familiar and new, as they confront the long-feared re-emergence of evil to Middle-earth. From the darkest depths of the Misty Mountains, to the majestic forests of the elf-capital of Lindon, to the breathtaking island kingdom of Númenor, to the furthest reaches of the map, these kingdoms and characters will carve out legacies that live on long after they are gone.

The first two episodes of the multi-season drama will launch on Prime Video in more than 240 countries and territories worldwide on Friday, September 2, with new episodes available weekly.

Synopsis :
Beginning in a time of relative peace, the series follows a cast of characters, both familiar and new, as they face the dreaded re-emergence of evil in Middle-earth. From the darkest depths of the Misty Mountains, to the majestic forests of the elven capital of Lindon, to the breathtaking island kingdom of Númenor, to the farthest reaches of the map, these kingdoms and characters will carve out legacies that will endure long after they are gone.