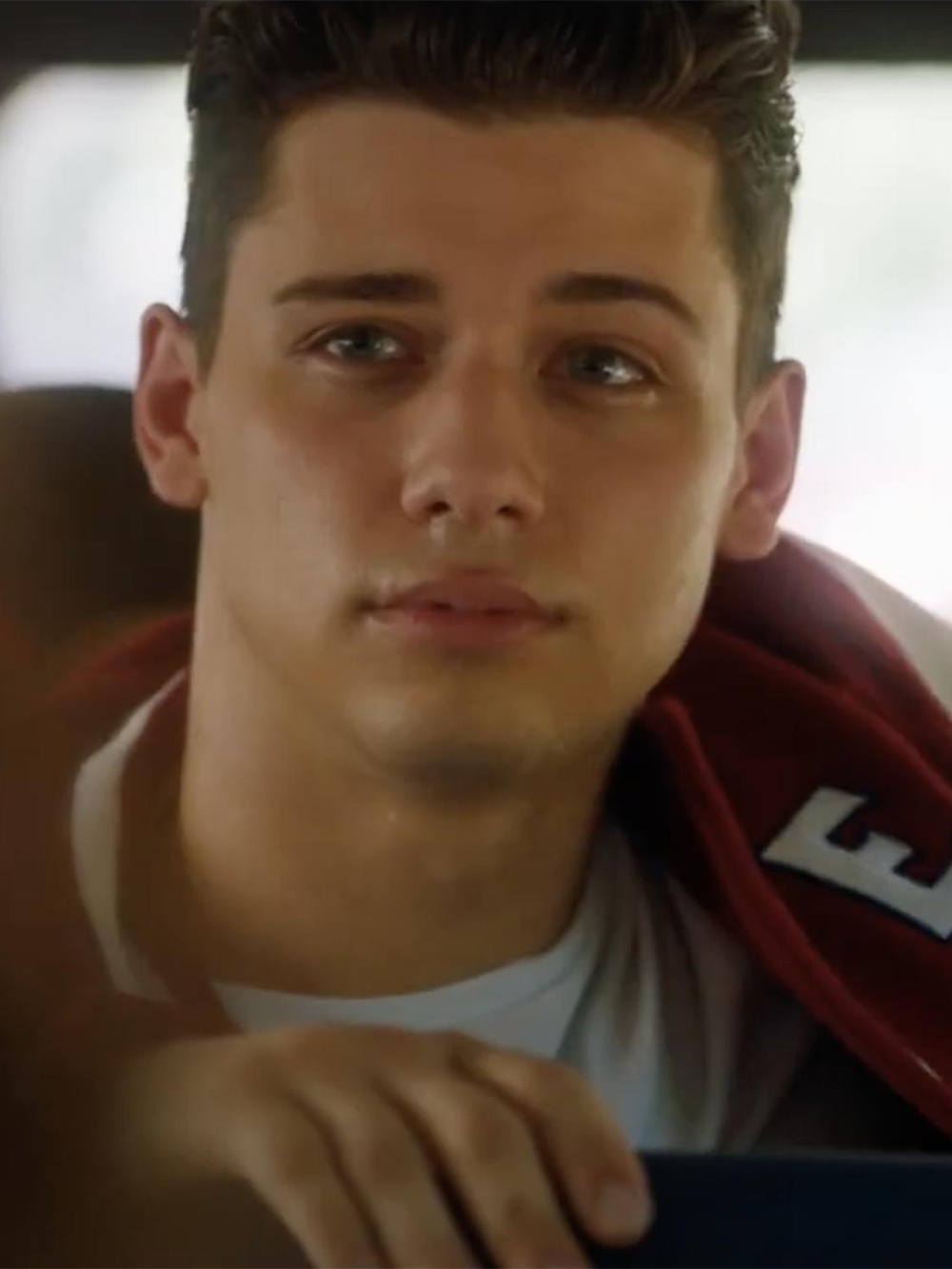 Unhuman is an upcoming made-for-television horror comedy film directed by Marcus Dunstan, and written by Dustan and Patrick Melton. The film stars an ensemble cast, featuring Brianne Tju, Benjamin Wadsworth, Uriah Shelton, Ali Gallo, and Peter Giles. Unhuman is a production of Blumhouse Television, and is set to be released an Epix original film on their service, while Paramount Pictures simultaneously releases the film digitally on June 3, 2022. 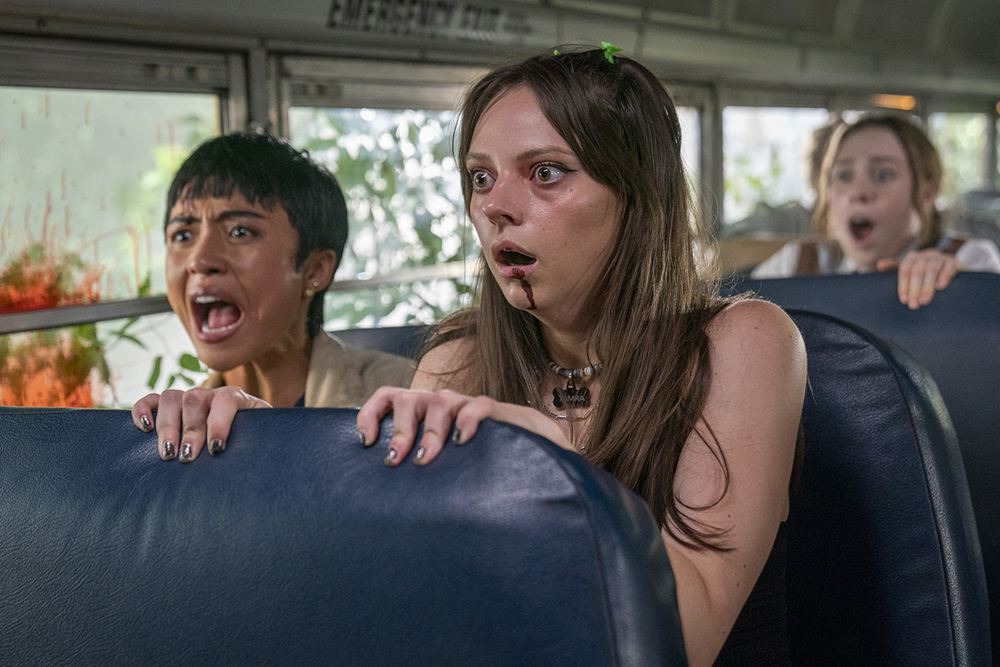 Q  Hello Uriah, You are known for such movies as Alabama Moon, The Warriors Gate, Freaky and series as The Glades, Thirteen Reasons why, Without a trice, Blue and Monk . Please can you introduce yourself and tell us when you have decided to become an actor ?

Uriah Shelton : my name's Uriah Shelton and  i decided to become an actor kind of on a whim  you know i was from a small town in Alabama and i had an opportunity to take an agency out in California and i did and i never looked back

Q :  Can you tell us how you got involved in this film ?

Uriah Shelton : so i got an audition and you know i read the I read the sides in your script and i was like oh man it's a zombie movie uh i love zombie movies i always have since i was a kid it's been on my bucket list to be in one um i was a little bummed out because in the first draft of the script I was supposed to die on page 24 but i was like you know what it's good to fill a bucket list item luckily for me they saw my tape and they decided to write me in as a more prevalent character and I got a lot of cool development along the way. 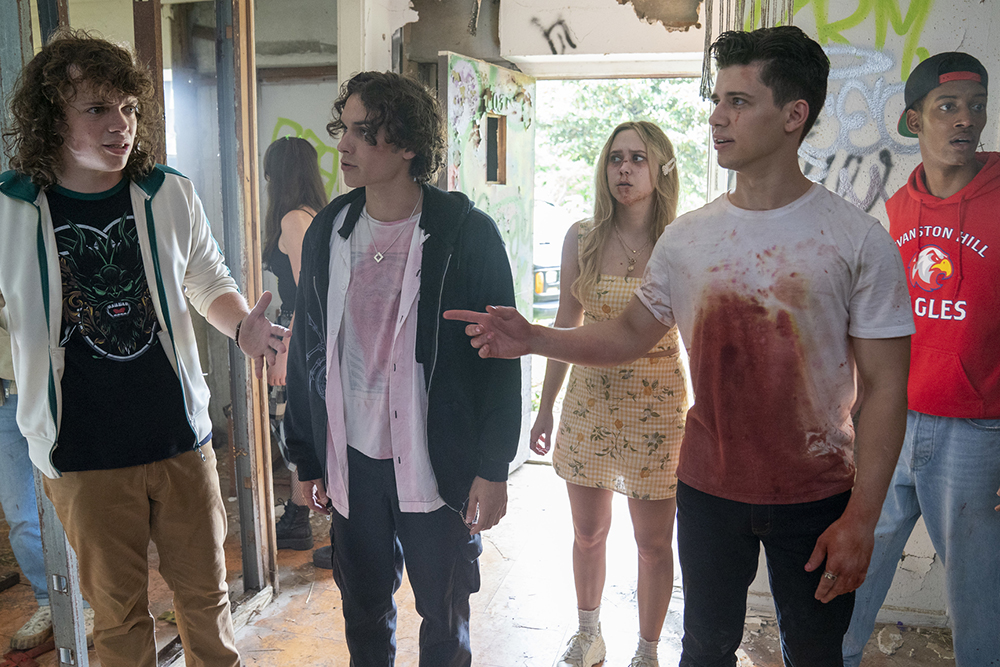 Q :  What was the biggest challenge of taking on this role and how did you get through it? How did you create your character on this film ?

Uriah Shelton : you know what the challenge is whenever you're dealing with a bad character like a bad character you know an arrogant bit of a rough around the edges kind of guy you always try to find ways to humanize them in a way i didn't have too many problems with that though Marcus wrote in some really great historical backstory it's not necessarily an excuse on why he is the way he is but you know it's an explanation it's like okay this guy went through some stuff when he was younger he was probably bullied and he turned his body around but he didn't turn his brain around and he became the bully and then you get to kind of see him go through a few big changes and in more ways one yeah that i guess leads to a resolution of zone

Q :  Which common points do you have with your character ?

Uriah Shelton : i didn't  use any source material for this i didn't need to you know i found that everything i needed was in the script you know i took some stuff from my own life i was never overweight but i was severely underweight at one point i had gotten in a motorcycle wreck when i was 18 and i went from 155 pounds to 98 pounds I’m not sure what that is in kilos but you know it i know what it's like to look in the mirror and really just hate what you see and you know and have to work really hard to not be that so that gave me a lot of perspective on him i know the kind of pain that gets involved in that not just physical but you know mental emotional and how hard it is to break through that so i feel like my own life experience gave me enough to kind of you know bring this character on. 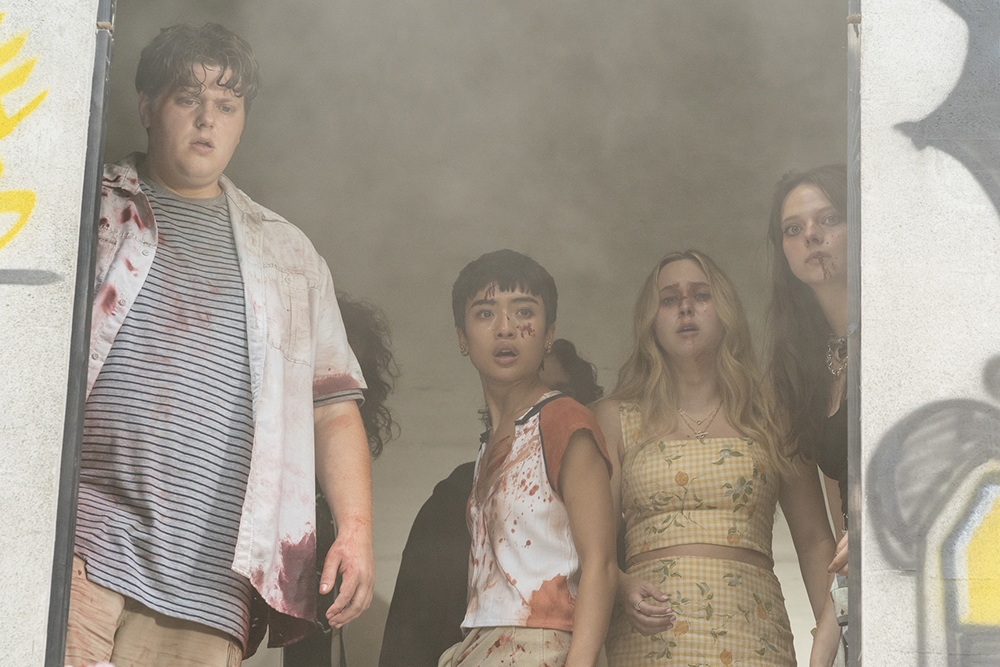 Q :  What was the most difficult scene for you to play and why ?

Uriah Shelton : you know there were two scenes that were tough one was physically tough um the other was emotionally tough um the scene where I’m in this the room with the stained glass window where you know I’m i've got you know this character is pushed up against the wall and I’m screaming at him and i scream at the other characters being like you don't know what it's like to look in the mirror and hate what you see that got real that got real for me and you know it's uh i feel like I’m lucky that I went through that um and was able to kind of bring that bring that to life um but it was still hard it's hard going in those dark places you know going back into when uh when things were tough now the hardest physical part was right after that scene where i go through the stained glass window where my stunt double goes to the stained glass window props to him and I’m lying on the ground and then i come up uh and you know my back arches and everything we didn't have wires for that it wasn't planned i just decided to do it and it was it was it was very physically difficult but I’m really happy that i made that choice I’m happy that Marcus filmed it the way he did he was so enamored with it he was like yes we're gonna like can you do it again please do it again and you know it was the most physically demanding but it was the most rewarding.

Q :  What can you tell us about your collaboration with the director Marcus Dunstan ?

Uriah Shelton : Marcus has to be one of my favorite people in the industry um i was expecting a normal like you know very like serious you know horror director you know whatever and then i show up to New Orleans and I see Marcus and he's just the happiest guy man he's just super excited he's passionate about what he does every day before we would do a scene in fact every scene before we would film it he would play music and whether it was like a techno song or like you know like a real like rough grungy rock song and we would have our own personal soundtrack as he's just super excited like ran us through the scene okay you're gonna run over here and then you're gonna grab this and you're gonna you're gonna swing the sword and you know he's gonna fall and he just see he brought it to life for us um he did a lot of the leg work for us and i really appreciate him. 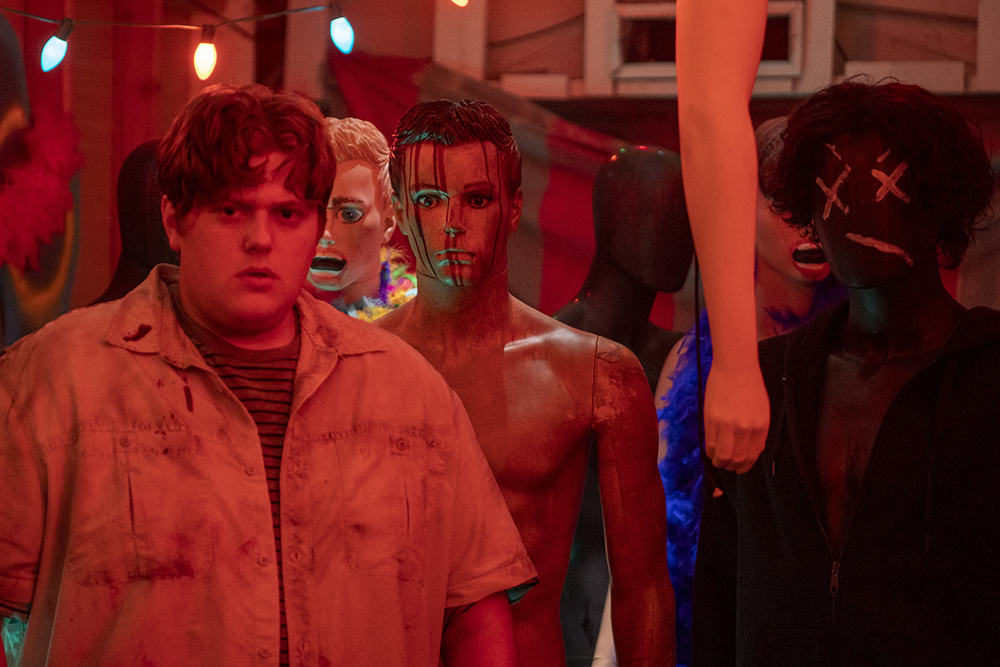 Q :  Which are for you the good ingredients to create a good horror comedy as this one ?

Uriah Shelton : what does it take to create a good horror movie yeah his is crazy takes one house man Blumhouse is i got to say they found a way to not have these massive studio budgets these like 50 100 million dollar budgets they've got these tiny budgets that they work with because they don't need any more yeah you know they put their effort where it matters man in the acting and the performances and the directing and the writing and i feel like that's what's most important with horror and unless it's a creature feature and you need crazy CGI and you know like you're relying on the horror of a monster i feel like the biggest horror comes from good writing and good performances it's people's brains people are scary man so being able to show that is really important and i feel like they've got they've got that down to a tease

Q : Which are your currents projects ? 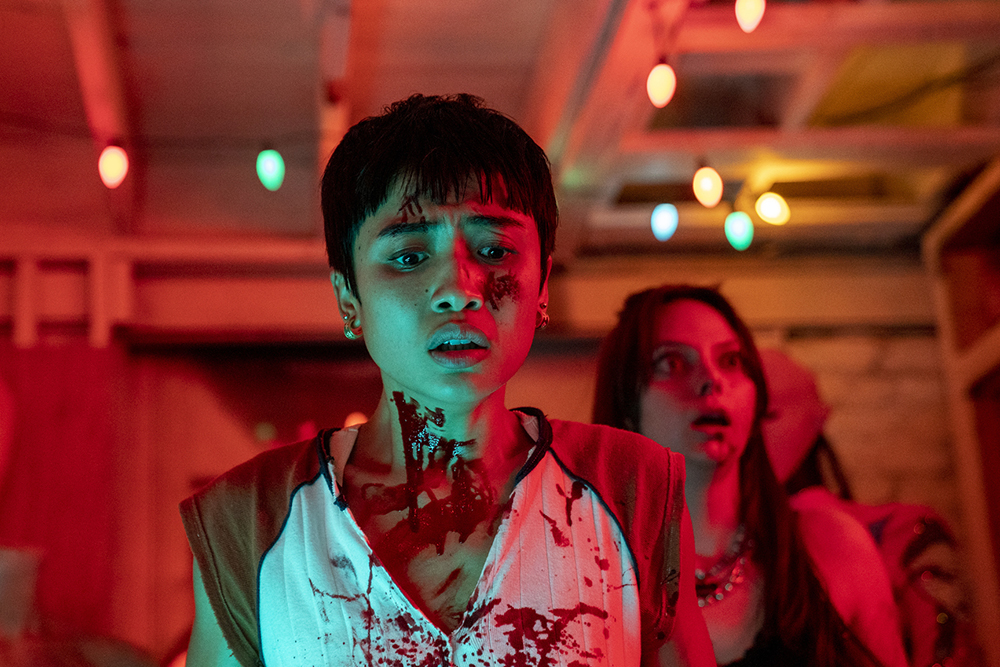 Synopsis :
The dead will have this club for breakfast. Blumhouse Television and EPIX bring you the story of a high school field trip gone bloody awry. Seven misfit students must band together against a growing gang of unhuman savages. The group’s trust in each other is tested to the limit in a brutal, horrifying fight to survive and they must take down the murderous zombie-creatures… before they kill each other first. 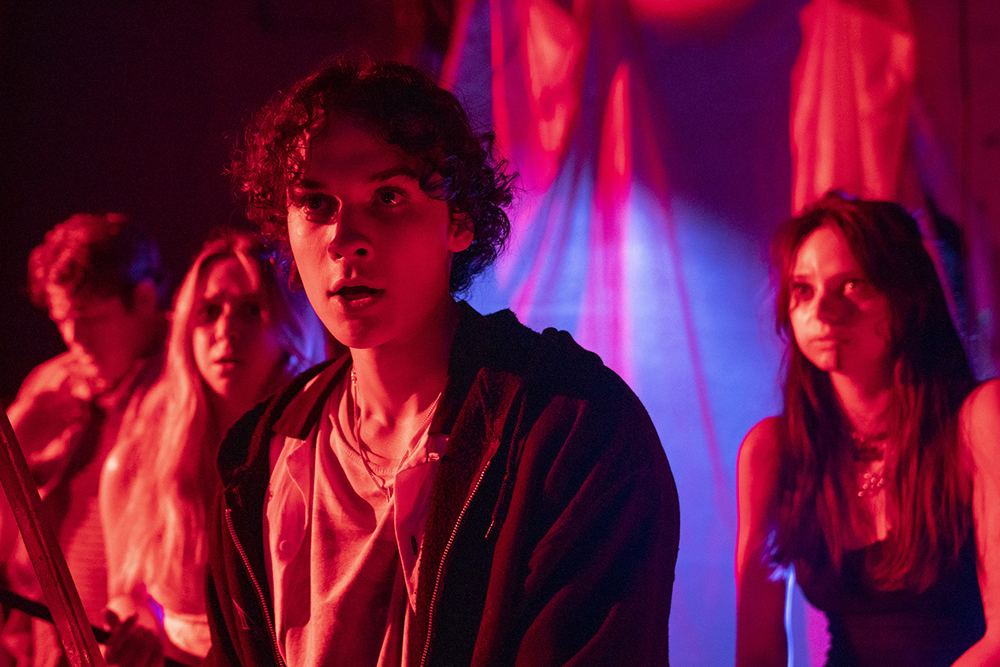