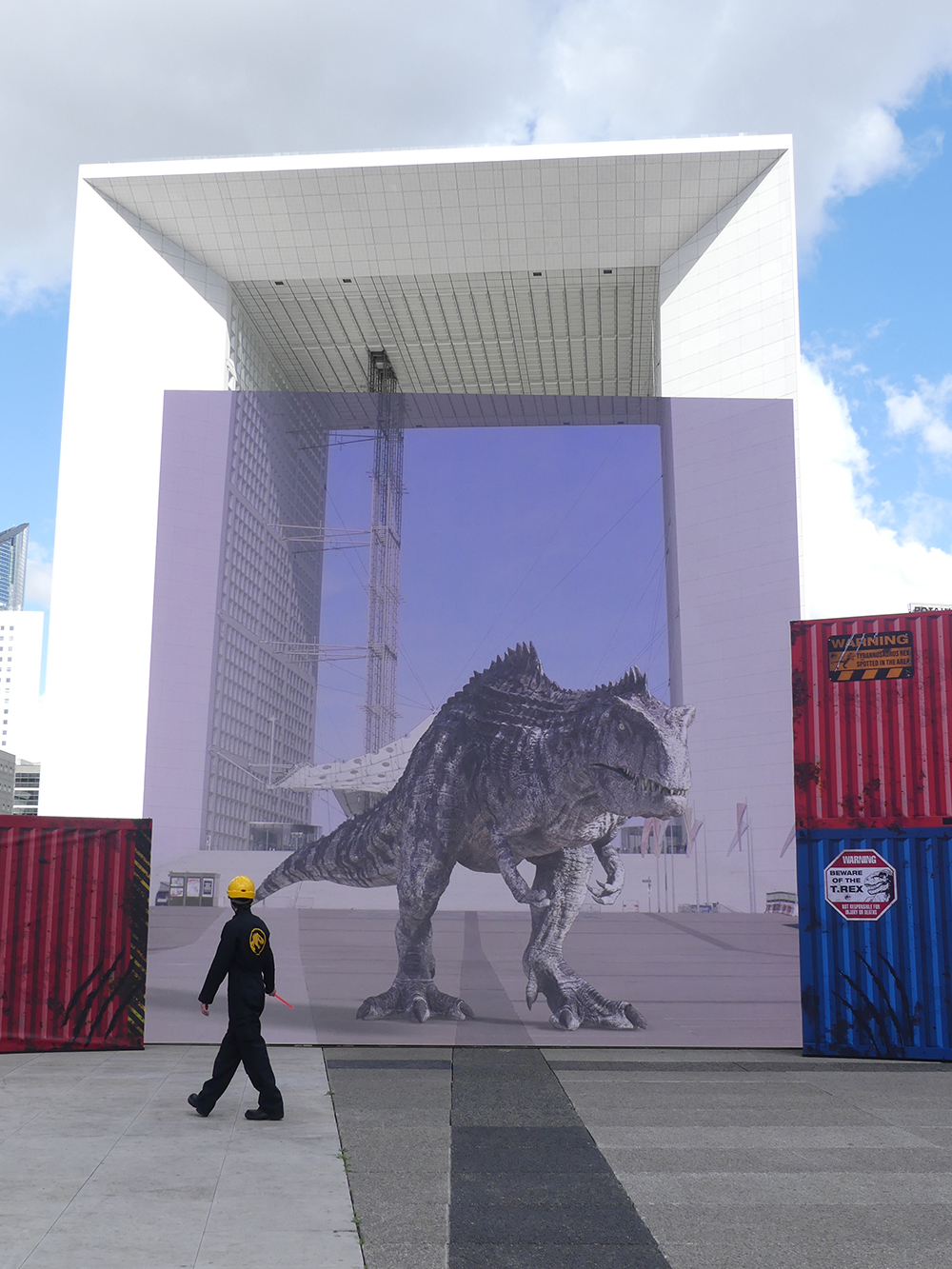 For the theatrical release of Jurassic World Dominion on June 10, Universal Pictures France called upon the creativity of Paris Fait son Cinéma and the expertise of Neoset to deploy a unique marketing activation on the parvis de la défense. The installation of a trompe l'oeil LED screen in front of the arch will allow the dinosaurs to integrate the human world. Indeed, at a certain point the LED screen becomes invisible and virtual elements like dinosaurs will be added. It is a 7000m² area which will be dedicated to the universe of the film with many animations and will be only in place from May 29th 10:00 am to May 30th 6:00 pm... 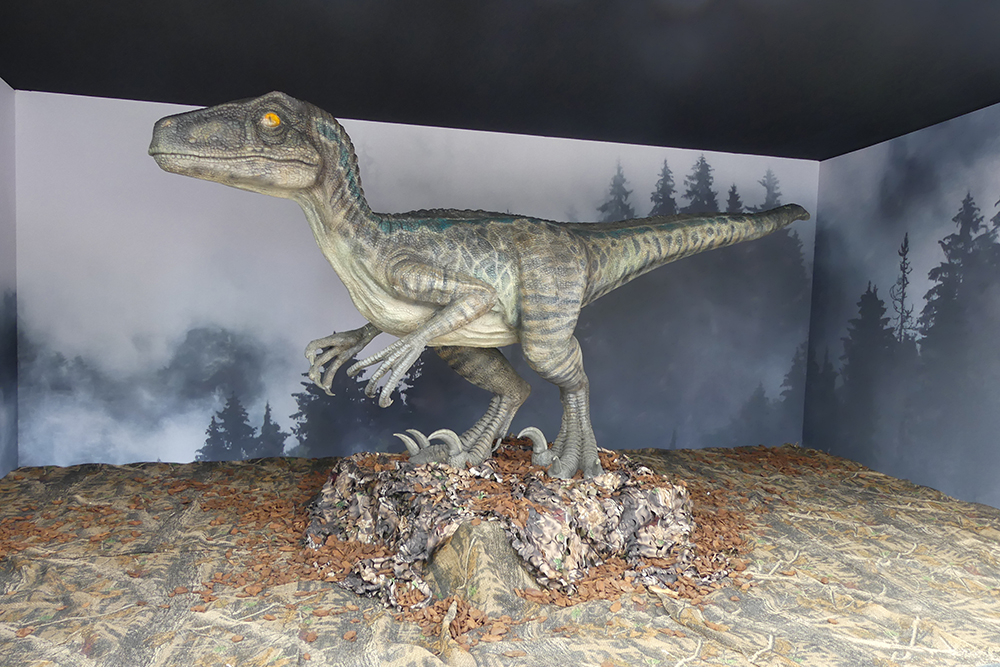 We were able to discover the Jurassic World Dominion experience this morning as soon as it opened and we invite you to discover our photos on our Flickr page (https://flic.kr/s/aHBqjzRYrp) and our 4K videos on our Youtube page. We only regret the absence of goodies celebrating the end of a mythical saga. 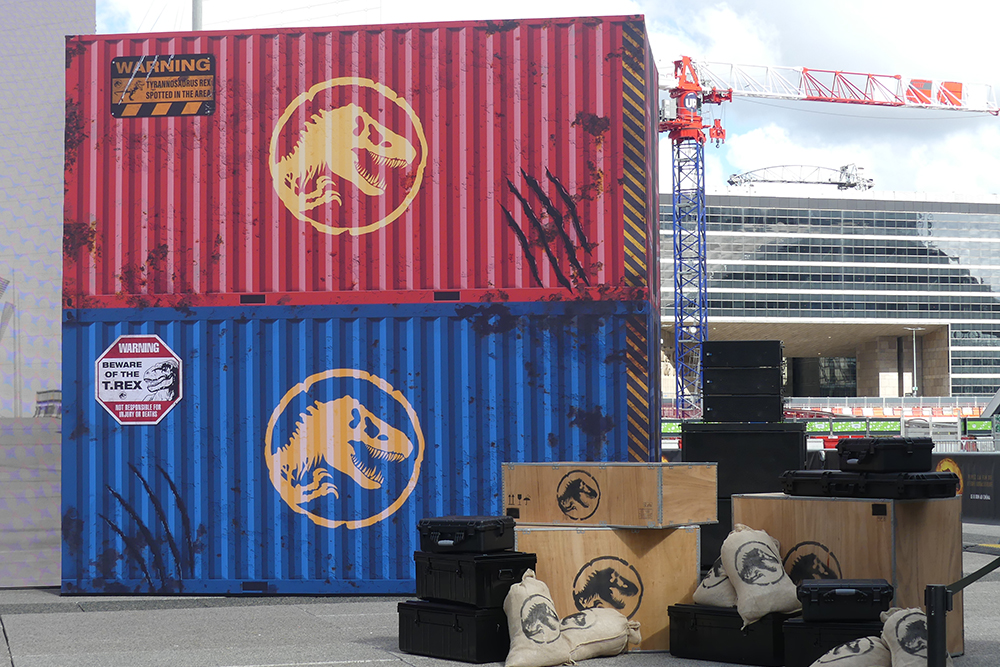 Jurassic World Dominion is a 2022 American science fiction adventure film directed by Colin Trevorrow, who wrote the screenplay with Emily Carmichael, based on a story by Trevorrow and his writing partner, Derek Connolly. It is the sequel to Jurassic World: Fallen Kingdom (2018), the sixth installment in the Jurassic Park franchise, the final film in the Jurassic World trilogy, and the conclusion to the storyline started in the original Jurassic Park trilogy. As with its predecessors, Frank Marshall and Patrick Crowley produced the film with Trevorrow and Jurassic Park (1993) director Steven Spielberg acting as executive producers. The film stars an ensemble cast including Chris Pratt, Bryce Dallas Howard, Laura Dern, Jeff Goldblum, Sam Neill, BD Wong, Omar Sy, Isabella Sermon, Justice Smith, and Daniella Pineda reprising their roles from previous films in the franchise, and they are joined by DeWanda Wise, Mamoudou Athie, Campbell Scott, Scott Haze, and Dichen Lachman. Dern, Goldblum and Neill reprise their roles from the Jurassic Park trilogy, appearing together for the first time since the 1993 film. Set four years after the events of Fallen Kingdom, dinosaurs now live alongside humans around the world. 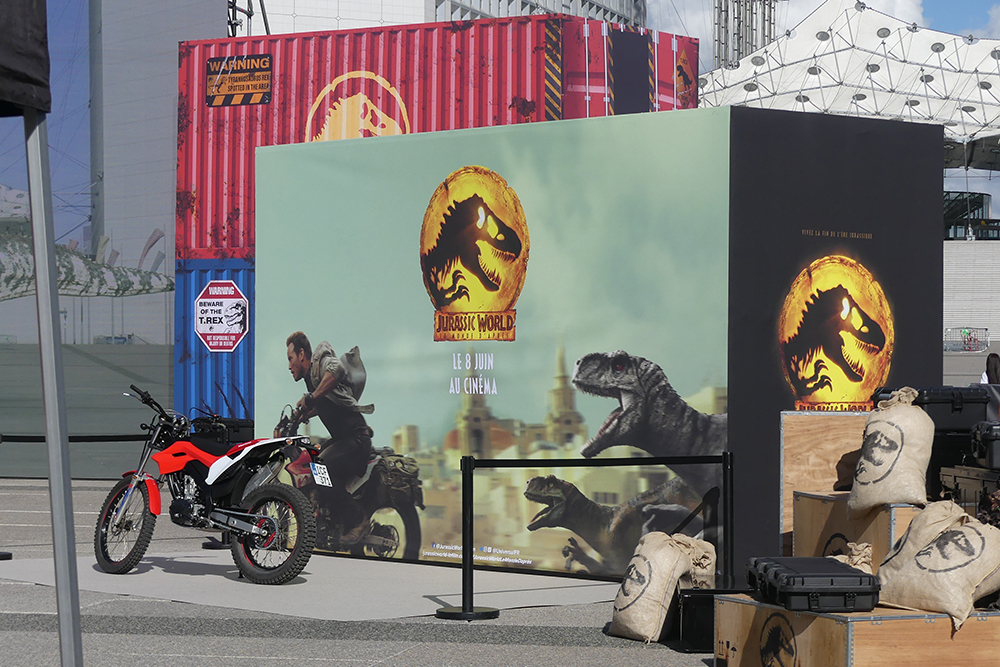 The film was being planned as early as 2014 as part of a future Jurassic World trilogy. Filming began in Canada in February 2020 and moved to other locations in England the following month. Production was suspended in March due to the COVID-19 pandemic, but resumed in July and concluded four months later. Filming locations included England's Pinewood Studios and the country of Malta. 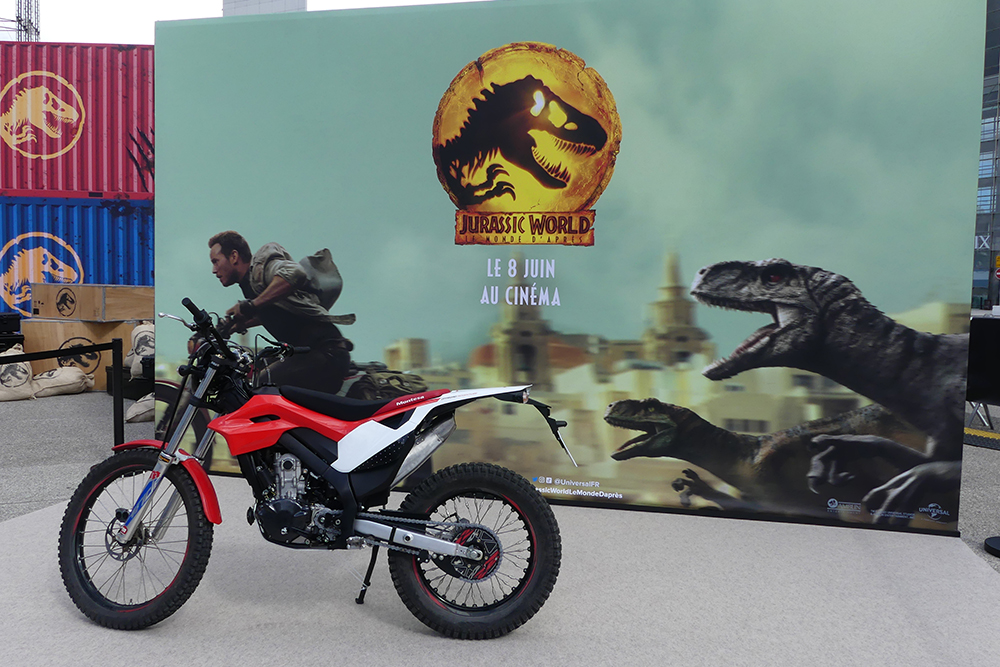 Jurassic World Dominion premiered in Mexico City on May 23, 2022, and is scheduled to be theatrically released in the United States on June 10, 2022 by Universal Pictures in IMAX, 4DX, RealD 3D, and Dolby Cinema (June 8 2022 for France) . Unlike its two predecessors and like the first three installments, Legendary Entertainment is not involved in its production as Universal ended their partnership with the company in 2019 after the expiration of their four-year deal. 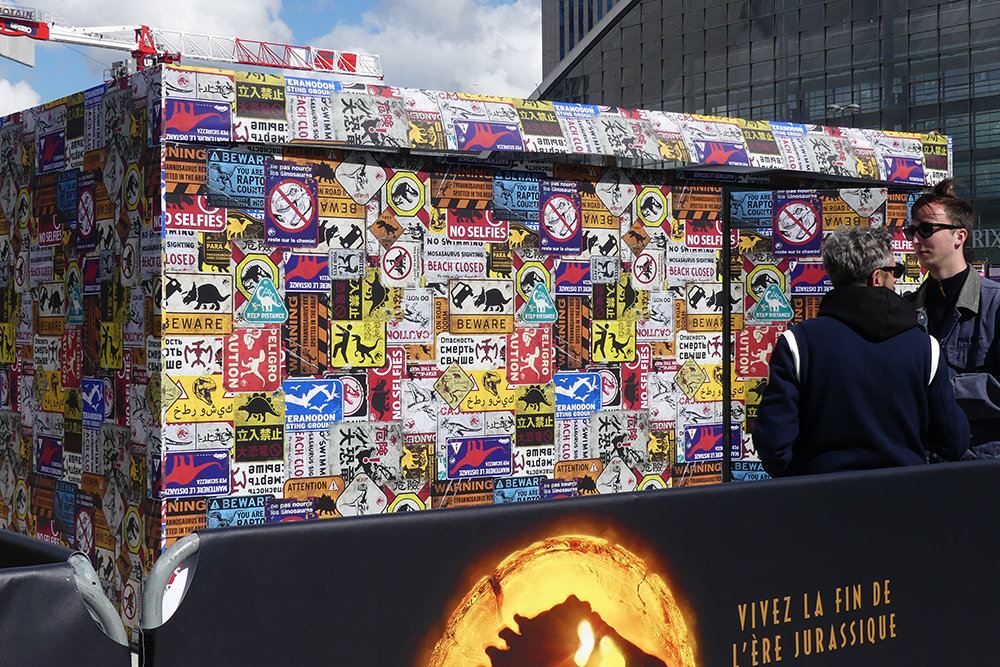 Synopsis :
Four years after the destruction of Isla Nublar. Dinosaurs are now part of the daily life of the entire human race. A fragile balance that will challenge the dominance of the human species now that it must share its space with the most ferocious creatures that history has ever known. 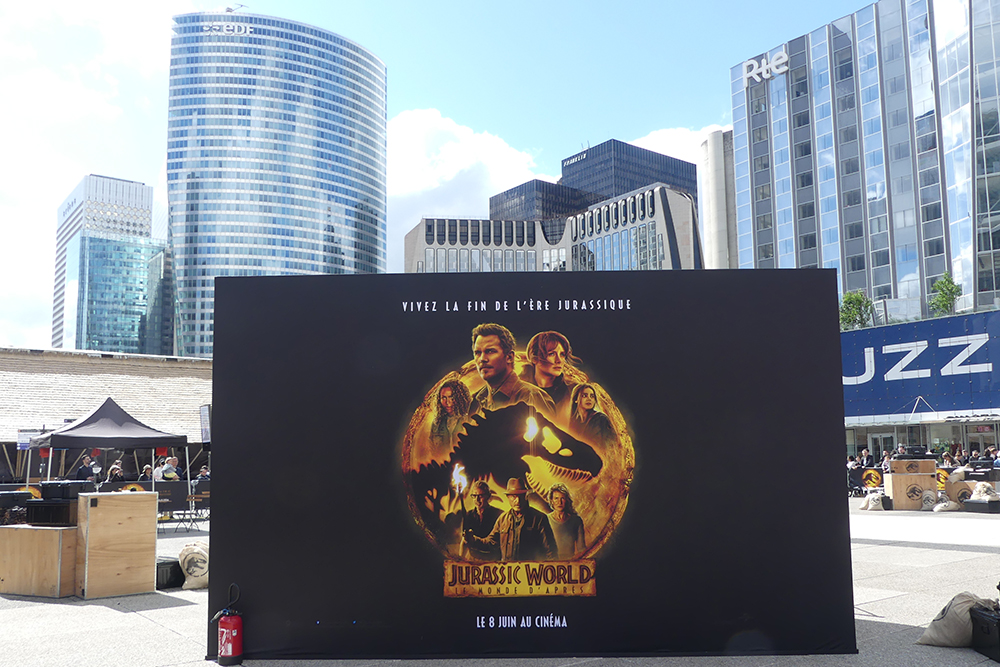