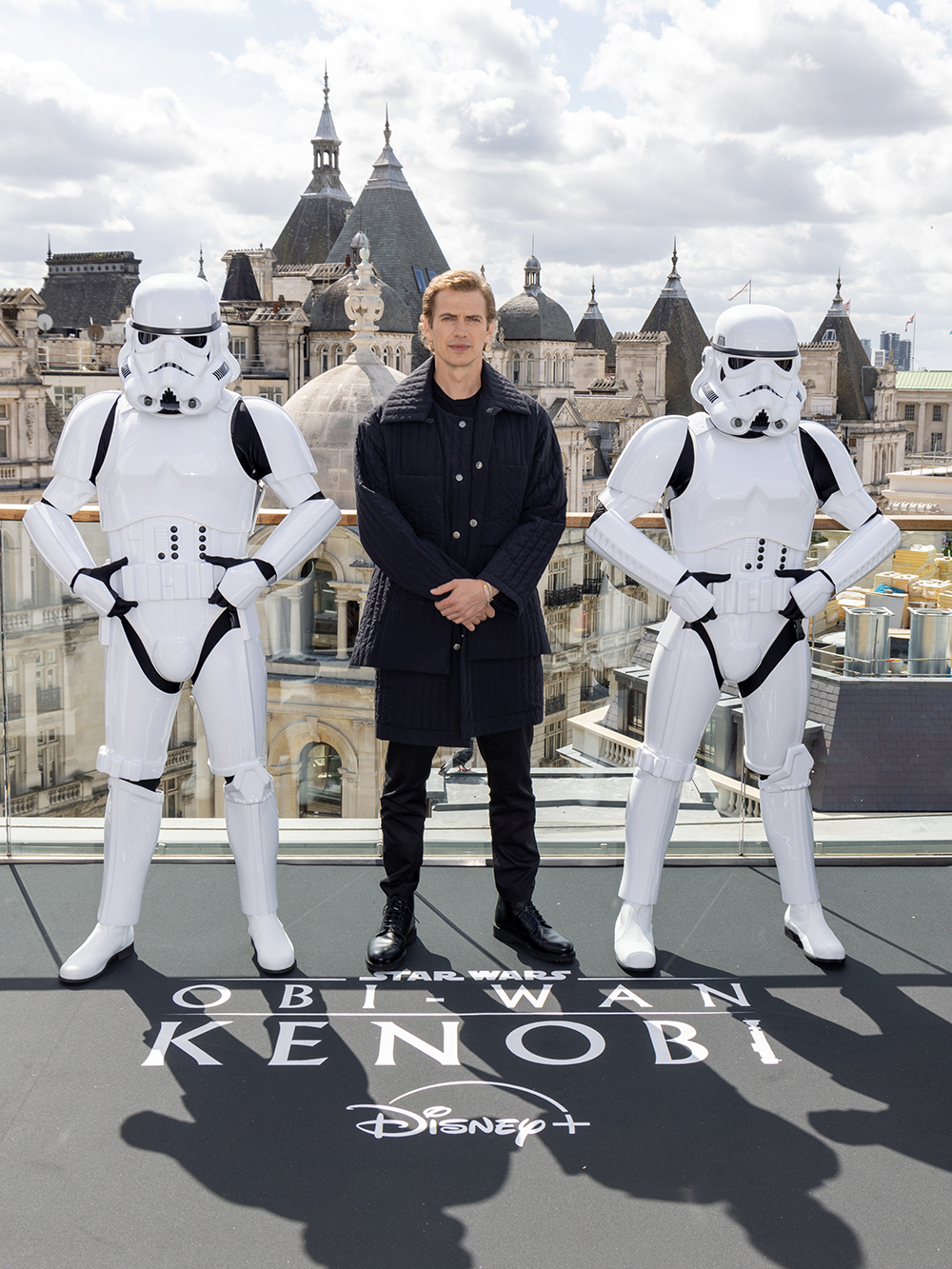 For two days, director Deborah Chow and actors Ewan McGregor, Hayden Christensen and Moses Ingram promoted the new Lucasfilm creation Obi-Wan Kenobi in London during an event reserved for members of the press. The opportunity to immortalize this moment through a few shots before the arrival of this exclusive series on Disney+, on May 27, among the most anticipated on the platform. 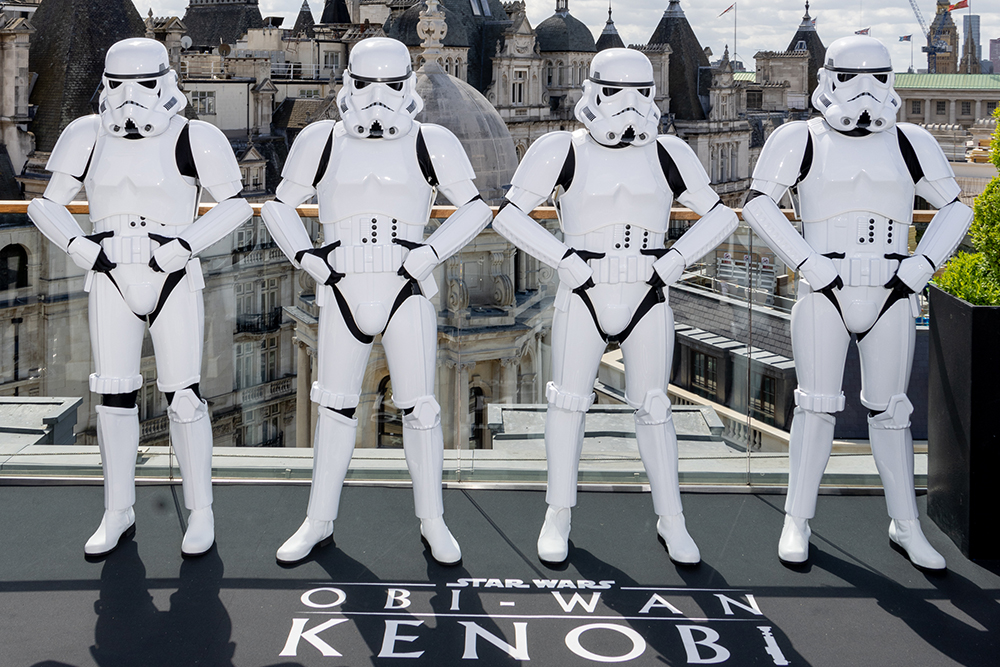 Created especially for Disney+, Obi-Wan Kenobi is a new mini-series set in the Star Wars universe. It begins ten years after the events of Revenge of the Sith, when Obi-Wan Kenobi suffered his greatest failure as his apprentice, Anakin Skywalker, turned to the Dark Side and became the evil Darth Vader. Ewan McGregor and Hayden Christensen, who played the famous Jedi Master and Sith Lord respectively in that film, reprise their roles for the first time in "Obi-Wan Kenobi. Moses Ingram, Joel Edgerton, Bonnie Piesse, Kumail Nanjiani, Indira Varma, Rupert Friend, O'Shea Jackson Jr, Sung Kang, Simone Kessell and Benny Safdie also appear in the film. Deborah Chow is the director, art director and one of the executive producers of the miniseries, along with Kathleen Kennedy, Michelle Rejwan, Ewan McGregor and Joby Harold.

We propose you to find the official videos of this event:

Rich in twists and spectacular sequences, the very dark plot of "Obi-Wan Kenobi" tells the story of how the valiant warrior of the prequel became the Jedi master of the three original films, bridging the narrative arcs between the two trilogies. But more importantly, it remains deeply rooted in the events surrounding Revenge of the Sith. Ewan McGregor believes that Obi-Wan is a broken man in the series, very different from the one we saw in that film. "Our starting point is that he has been irrevocably scarred by the Order 66 experience. Because of that, he has doubts. I thought it was interesting to take him to something darker, and then see along the way how he regains his faith and becomes the Obi-Wan we all know." 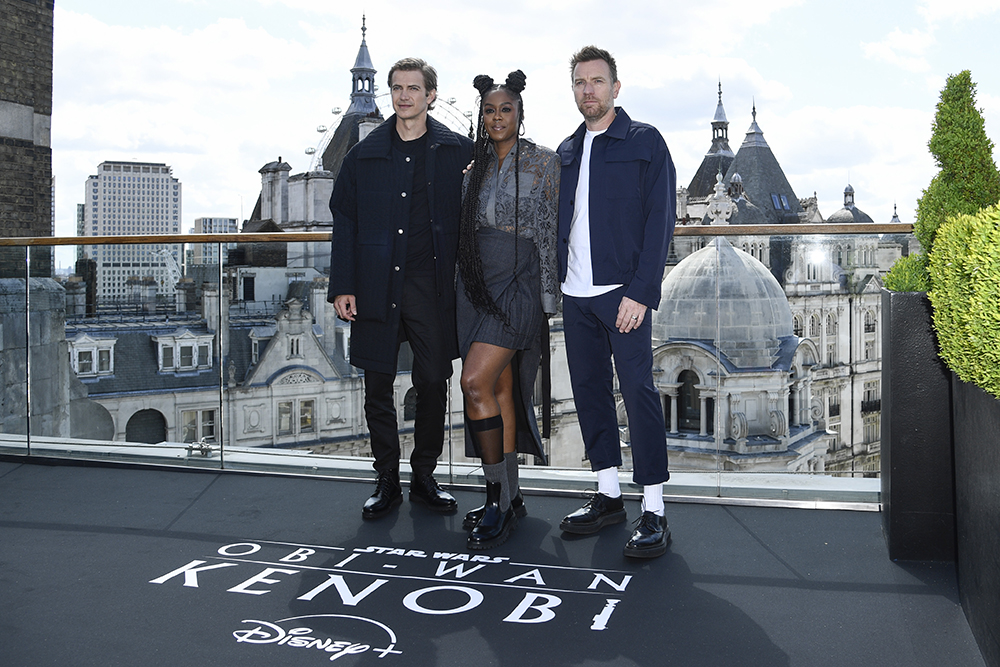 Great antagonists make great stories. In Obi-Wan Kenobi, we meet the Inquisitors. Led by the Grand Inquisitor (Rupert Friend), these henchmen have been recruited by the Empire to hunt down and kill all remaining Jedi, under the command of Darth Vader. The Grand Inquisitor is a creation of the animated series "Star Wars Rebels". Many fans still remember this terrifying villain armed with a double-bladed red lightsaber. This senior officer reports directly to Darth Vader.  Reva, on the other hand, is a formidable warrior whose sole mission is to accomplish the Empire's historic goal of eradicating the Jedi from the galaxy. "I probably didn't care when I found out I got the part because I was just in shock," says Moses Ingram, who plays the character. "I had seen Revenge of the Sith and the new movies with John Boyega and Daisy Ridley, but I never imagined I'd be a part of the Star Wars adventure."

The story of the Obi-Wan series begins 10 years after the dramatic events of Star Wars: Revenge of the Sith, when Obi-Wan faced his greatest defeat: the fall and corruption of his best friend and Jedi apprentice, Anakin Skywalker, who deliberately chose the dark side of the Force to become the evil Sith lord Darth Vader. Ewan McGregor reprises his role as the iconic Jedi Master in Obi-Wan Kenobi. The series also marks the return of Hayden Christensen as Darth Vader. Other actors who have joined the cast include Moses Ingram, Joel Edgerton, Bonnie Piesse, Kumail Nanjiani, Indira Varma, Rupert Friend, O'Shea Jackson Jr, Sung Kang, Simone Kessell and Benny Safdie. Directed by Deborah Chow, Obi-Wan Kenobi is executive produced by Kathleen Kennedy, Michelle Rejwan, Deborah Chow, Ewan McGregor and Joby Harold.

The first two episodes of "Obi-Wan Kenobi" will air exclusively on Disney+ beginning Friday, May 27. The remaining 4 will be available every Wednesday until the season finale on June 22.

Synopsis:
The story begins 10 years after the dramatic events of Star Wars: Revenge of the Sith, when Obi-Wan faced his greatest defeat: the fall and corruption of his best friend and Jedi apprentice, Anakin Skywalker, who deliberately chose the dark side of the Force to become the evil Sith Lord Darth Vader.