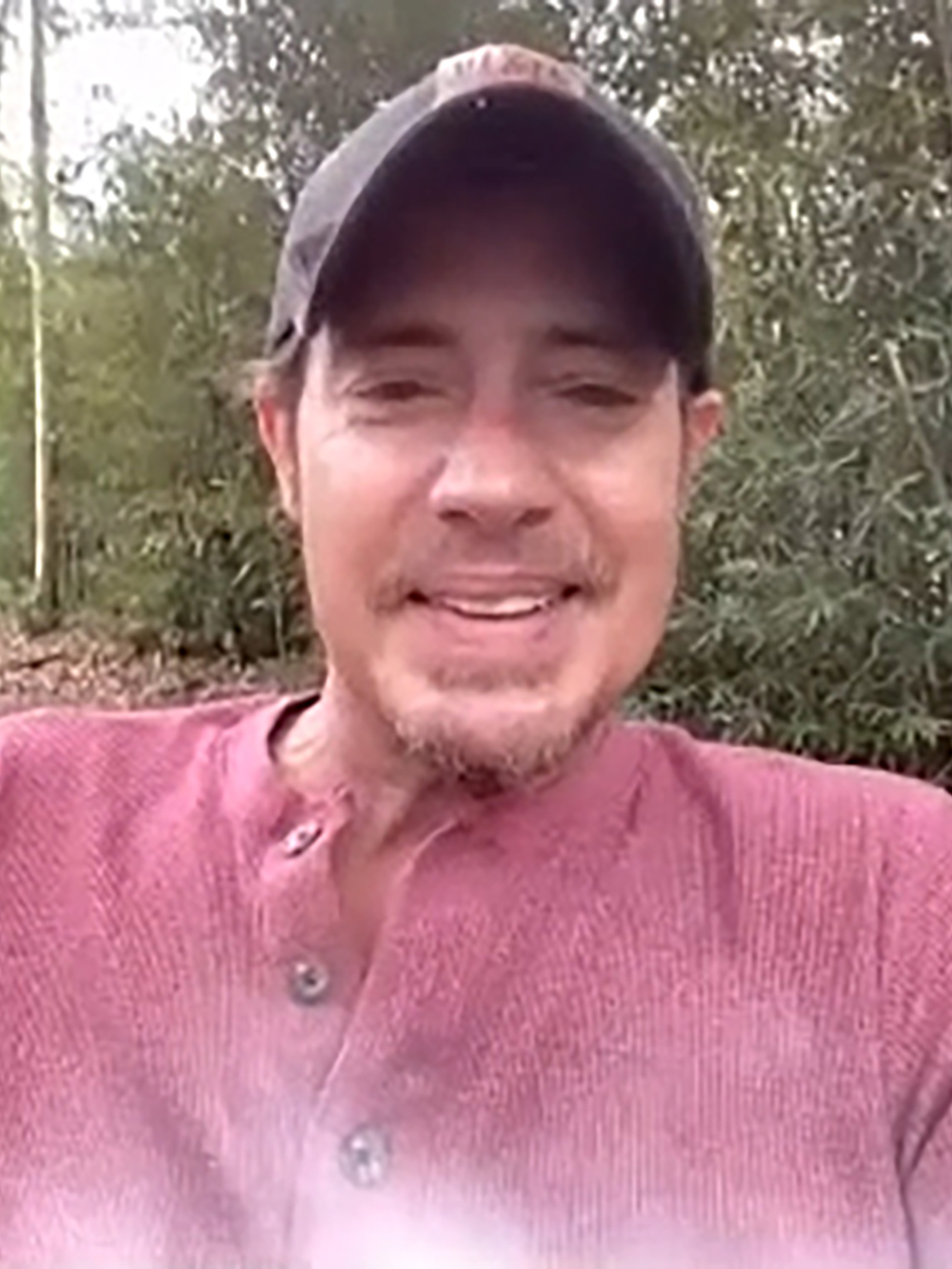 During the press day we had the opportunity to interview the main actor Jason London.

Q :  Please can you introduce yourself and tell us when you have decided to become an actor ?

Jason London : Well, my name is Jason London and oddly enough i really honestly never really dreamed of being an actor I wanted to be a rock star and i have an identical twin brother Jeremy and he was really into the acting thing and he got an opportunity when we were about 17 years old. There was an audition for a movie called The man in the moon that came through Dallas area where we lived and i went ahead and went along with him to the audition and you know i feel i still feel guilty about it to this day but not really i got the role in the move and it was you know Reese Witherspoon's first movie it's Robert Mulligan who directed to kill a mockingbird directed i.t i had no clue what i was in for and as they say got bitten by the bug once i did the movie that's whenever i started wanting to be an actor because until then it was something that I didn't really even think about.

Q :  In a few words, please can you talk about the main plot of this film ?

Jason London : Mr birthday is a wonderful film. The whole family's gonna love. It’s basically about the whole idea is you know there's kids that they don't get a lot of kids that show up to their birthday parties and they end up bummed and they're alone and whatever and this there's a company called the international birthday network that goes ahead and finds out what the kids dreams are and we show up me in particular i show up with my daughter and we give them whatever they want if you want robots you get robots if you want pirates you get pirates if you want basketball you get basketball and it was so much fun to get to sort of like i call it my sort of Jim Carrey opportunity you know to just get to have a lot of fun and i just absolutely loved the movie and the one thing that was great about the premiere was i noticed that it wasn't just the kids that loved the movie it was the adults as well and that's what's movies that are fun for the whole family especially right at Christmas time right now and you know maybe there is that kid out there that's been bummed on their birthday at some point and you know this whole concept might actually be great for reality somebody should really do this you know. 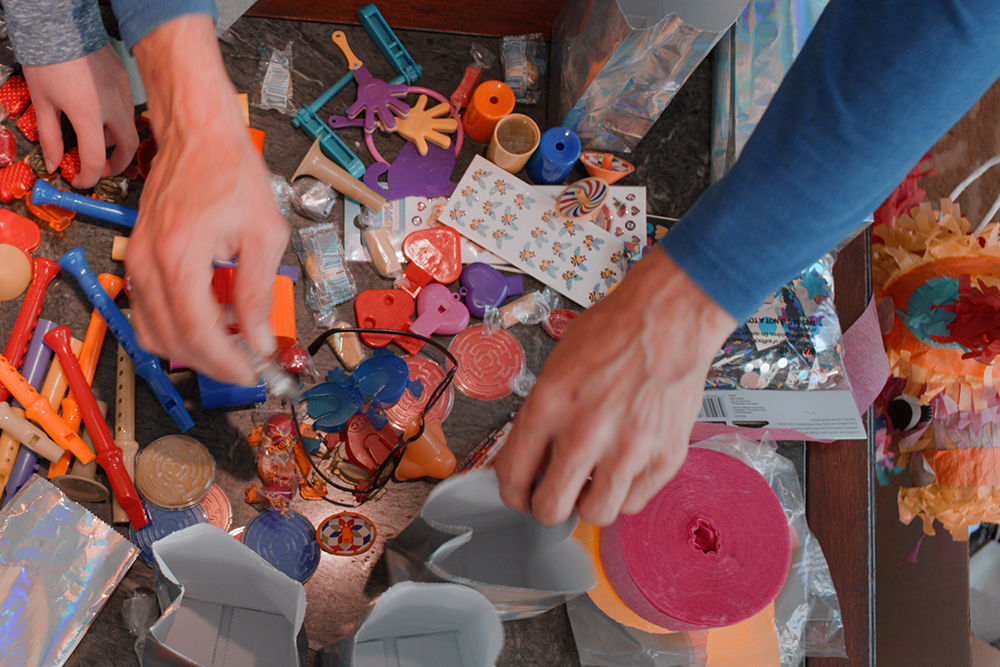 Q :  What was your preparation to create this character ?

Jason London : my preparation i dyed my gray hairs and i shaved and other than that i just you know I’ve been doing this for a long time I just i loved the script i knew what I was going to do when we got started well i was a little nervous about some of the comedy stuff and so i just went big you know like i said just sort of Jim Carrey issue  and it turned out it turned out really fantastic.

Q :  What was your first feeling about the script when you have read it for the first time ?

Jason London : when i first read the script i thought it was super sweet i thought it was what a what a wonderful concept and so it was something that it was there wasn't even a question for me if they want me to do this i'm there and so and also the people that are that made the movie and the guys in charge David Gere and Chad A. Verdi Jr and everybody else they were just absolutely incredible and i would I would read the telephone book for those guys so yeah i'll do anything for them.

Q :  What are your rules for a successful birthday party?

Jason London : find out what the kids dream is and make it come true.

Q :  Which are for you the good ingredients to create a good comedy as this one ?

Jason London : if you don't have teamwork if you don't have everybody being on the same page and working as a one functioning machine then you have a bunch of people different people often different areas with different ideas and it becomes a cluster and so. When you have people that are all in the same mindset and all have the same goal we just get excited together and when something would like a scene would turn out even better than we thought it was going to be you know we were just high-fiving and just being like well I can't wait to see the this in the movie. 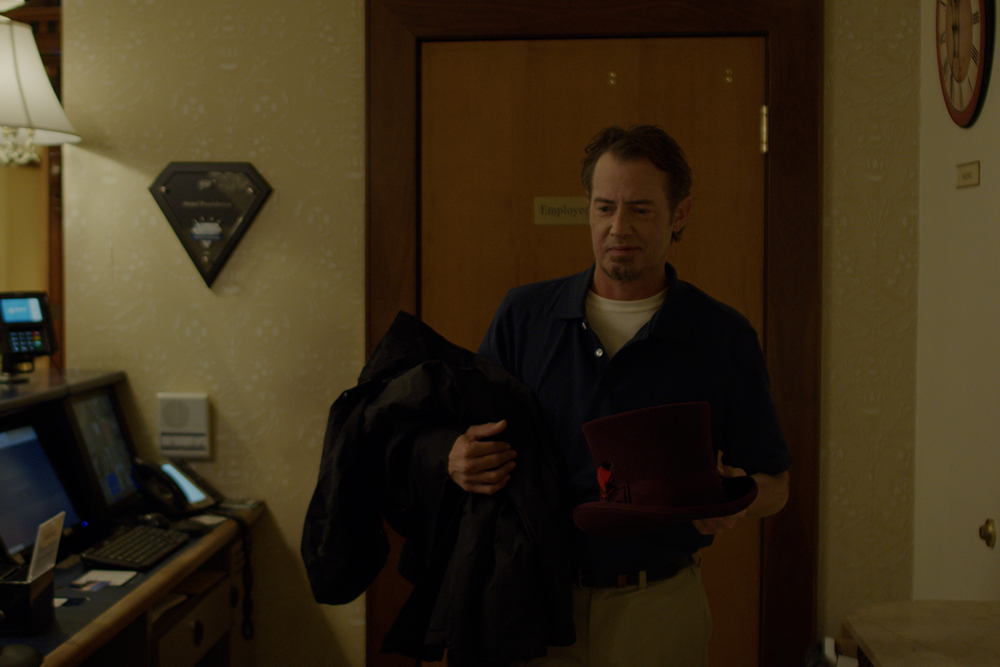 Q : What can you tell us about your filming locations and which impact had the covid 19 pandemic of the shooting on this film ?

Jason London : So we were in Rhode Island near Providence and which is absolutely lovely and you know the one thing that i really truly appreciated you know. Regardless of being completely vaccinated or whatever but you still don't want to you still don't want to have people you don't want to be in an environment where maybe somebody's not vaccinated and then and then and 100% across the board everybody every crew member every time and other than the actors because actors we have to take our masks off to do scenes so and they also messes up makeup and all that kind of stuff. You know especially for the girls and um so we're able we you have to prove that you were vaccinated and then and then everybody else on the set which they were all vaccinated as well but they religiously wore their masks and it was great. you know and so you felt like a sense of safety you never felt a sense of somebody being irresponsible.

Q :  What can you tell us about your collaboration with Anna Marie Dobbins, Eric Roberts, Fred Sullivan and Charlotte Ciano ?

Jason London : you know. What you always hope for is to get into something and to be able to do scenes with someone that you don't have to worry about, someone that you don't have to wonder where are you coming from like why are you doing the lines that way but you know this is just why are you trying to be weird and you know this entire cast every, everyone. The scenes just went like silk i mean you know we were able to rehearse for camera basically and you know physicians where we stop and start and all of that and we were able to do that just a couple times and then we nailed it and so well you know what i call it is um a director's dream is to have what's called a director-proof cast which means you don't have to hold somebody's hand. They come in with their own ideas and that their ideas are on point and it's not something off bizarre Mickey Rourke’s kind of stuff and so once everybody comes in and they're all on the same page and you just fire back and forth and it's like playing a beautiful hand of a beautiful round of tennis you know and that it was great across the board everybody was wonderful. 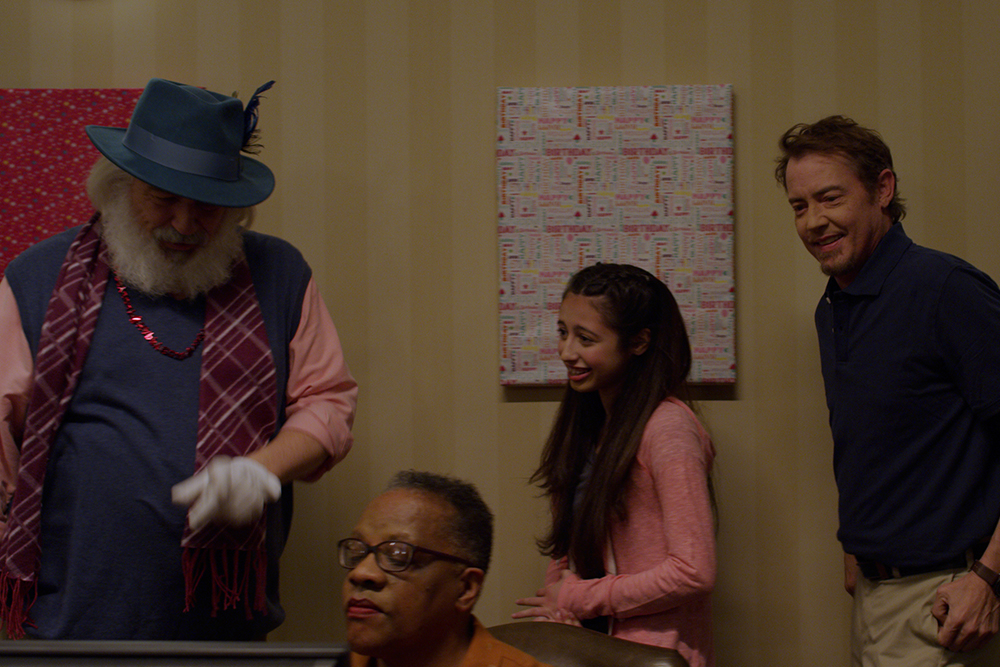 Q :  in this movie you have to wear several costumes, do you like to dress up ?

Jason London : no i do not which is why it was fun. I said i got my next like eight Halloweens taken care of i got it all in one in a couple of days i don't like. I don't i always say you know i always hated dressing up for Halloween just because i do this for a living so I’m like dressing up as other things all the time so it's like the one thing on that one day when everybody else is doing it well okay good you get to experience what i get to experience. So there's no reason for me to do that so uh that made me a curmudgeon like that a little bit I don't know.

Q :  What can you tell us about your collaboration with director Dan Hunter ? Have you seen his first movie Agent Toby Barks ?

Jason London : This was the first movie that we did together certainly not his first move.  it's the first sorry about the noise here guys i live in Mississippi. you're gonna hear some loud trucks. It was amazing to work with him.  We just it was it was the kind of he was mainly the main one whenever we'd be done with something cool we they'd come over and we'd high five just you know give a hug bro hug and we knew that we were onto something good.

Q :  What was the most difficult scene for you to play and why ?

Jason London : the most difficult thing to play in the movie, i don't have an answer for that there was nothing difficult.

Q :  Concerning your character Barry, what common points do you have with him ?

Q :  I appreciated the original tone of this film and the fact that this comedy finds its own rhythm and makes us think of Frank Capra's films. Did you see some films again before playing the main role in this film ?

Jason London : no, like i said before i guess what i would have gone in with it would have been i would say you know you know that what would Jesus do it was more like what would Jim Carrey do so like you know and i knew that i would do it on a more subtle level i'm not you can't compare to that guy's over the topless but i think that watching his movies you know in the past sort of inspired me a little bit. 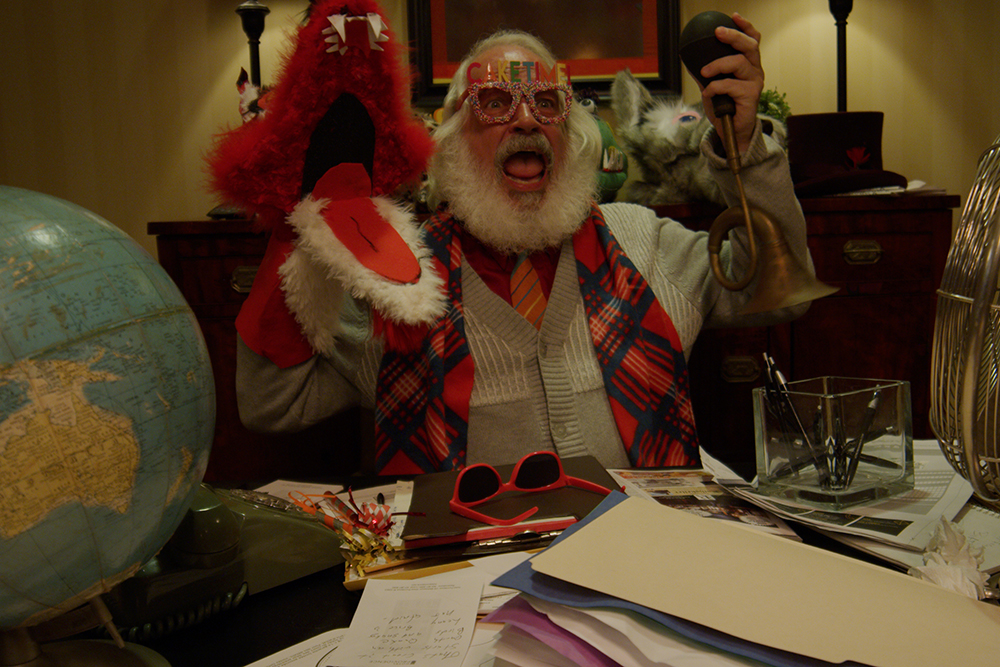 Q :  Which are your currents projects ?

Jason London: my current projects are right now I have well a pilot presentation that my buddy Corin Nemec and i created called Blackwater Blues Indiegogo Presentation and we're actually we filmed it we did we did the presentation pilot already right down here and right now they're finishing up and finishing it up and then we're going to start shopping it to try to hopefully get someone to pick it up as a series it's called blackwater blues and it's a sort of deep south murder mystery kind of thing kind of a deep south twin peaks kind of thing but with the with humor.

Synopsis :
While working his maintenance job at an upscale hotel, Barry encounters the mysterious Mr. Jay. He introduces Barry to the International Birthday Network, an agency that helps children across the globe suffering from miserable birthdays. 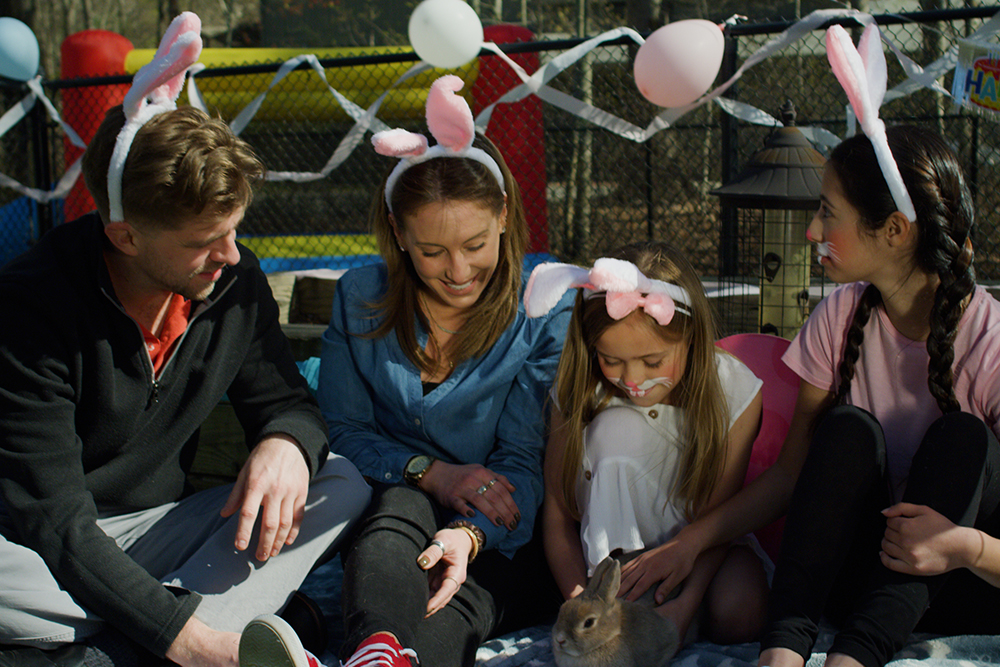