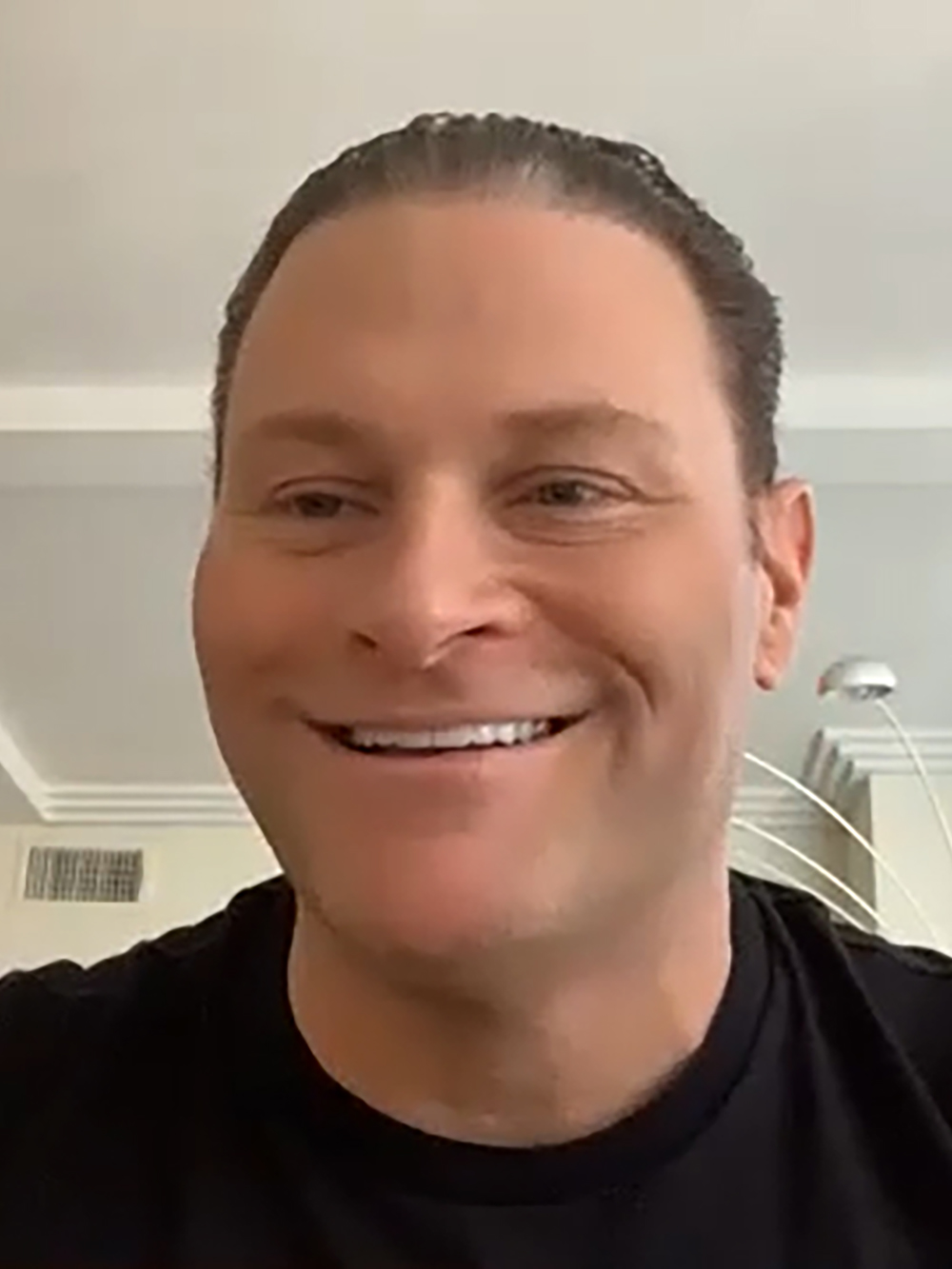 RJ Collins makes his feature directorial debut for the Saban Films' action cartel thriller American Sicario. Philippe A. Haddad stars in this story of the rise and fall of the first American-born drug lord in Mexico. American Sicario will open In Theaters and On Demand and Digital on December 10.

We had the opportunity to interview the lead actor/producer Phillipe A. Haddad.

Q :  Please can you introduce yourself and tell us a little bit about your background ?

Phillipe A. Haddad : okay for sure and i love your LA hat. A little bit about my background. I’m originally from Mexico City. My father's Lebanese which is why I have a French name and my mother was American but i was born and raised in Mexico city and in the United States. I've been acting off and on since I was seven years old so that's a little bit about me.

Phillipe A. Haddad : the main plot is about a narco who was born in the united states hence the name American sicario and out of pure passion for being a narco. He went to Mexico to join the narcos so he didn't have a real need to become a narco was not out of necessity which a lot of narcos, you know, become who they are because out of necessity so that's the main plot.  it's about a guy who becomes a narco out of the love for it.

Q :  Can you talk a little about the origins of this movie ?

Q :  What was the most difficult scene for you to play in this film ?

Phillipe A. Haddad : i would have to say the most difficult thing apart from the production side which was during Covid so it was really hard, we had to go shoot outside of Los Angeles and we had to go to Las Vegas and we had to do it in 11 days so the whole movie was shot in 11 days so that was incredible and the most difficult thing as far as acting is concerned is having to put on so much weight. i was very overweight for the part. i think i put like 80 pounds in kilos, it's like maybe 30 kilos or something which is a lot. 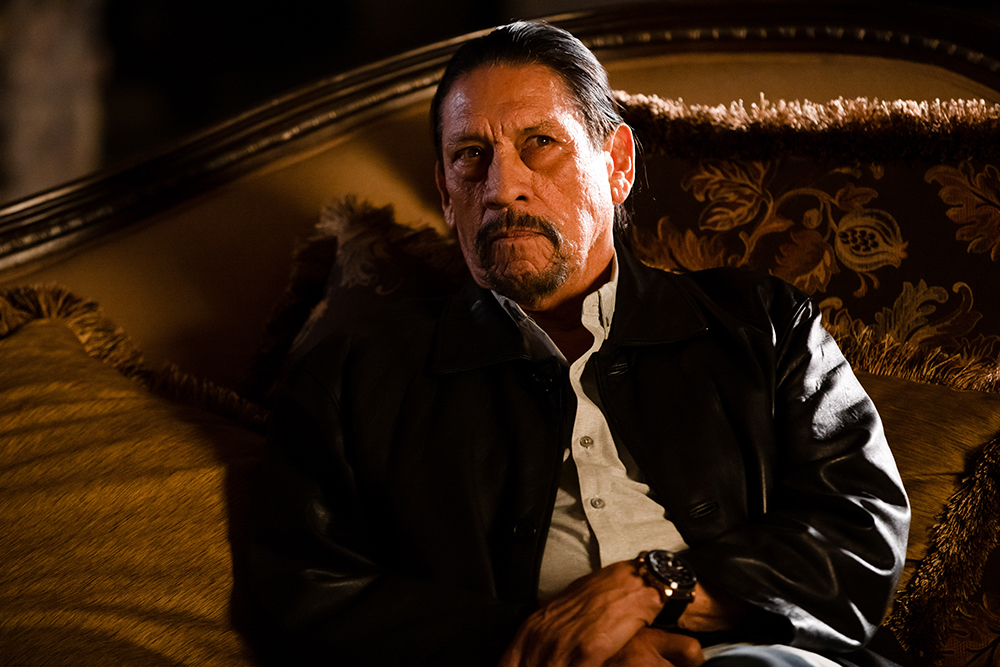 Q :  Please do you have an anecdote to tell us about the shooting of this film ?

Phillipe A. Haddad : an anecdote. Let me think of one. i think it was maybe one of the funny things that was we were shooting with Danny Trejo and he was very tired it was already late at night. it was already like eight or nine o'clock at night that we're there and then we decided to do a joke on Danny Trejo where i would do one of the scenes but with a German accent you know so i went into full German and Danny's looking at me going. what is going on, so there was silence, we were all waiting for him and he was so confused and he's rubbing his eyes trying to figure out what he was hearing and it was maybe one of the funny like a blooper it was an outtake that we had that we did .

Q : Please can you talk a little about your collaboration with Danny Trejo ?

Phillipe A. Haddad :  the collaboration with Danny Trejo was incredible he is very special. i mean he's such a big prominent person in the Latin American community and in the Mexican and all Latinos around the world and as a side note between you and me he's such a nice guy. He does so much for the community he really feeds the homeless and he does a lot of things so i had a lot of admiration for him so collaborating with him was really incredible. He has such a presence on camera and it was difficult for me to stay calm because of oh my god this is Danny Trejo and i was nervous so i had to you know i had to do acting at some point i had to relax so it was exciting and at the same time it was an honor. 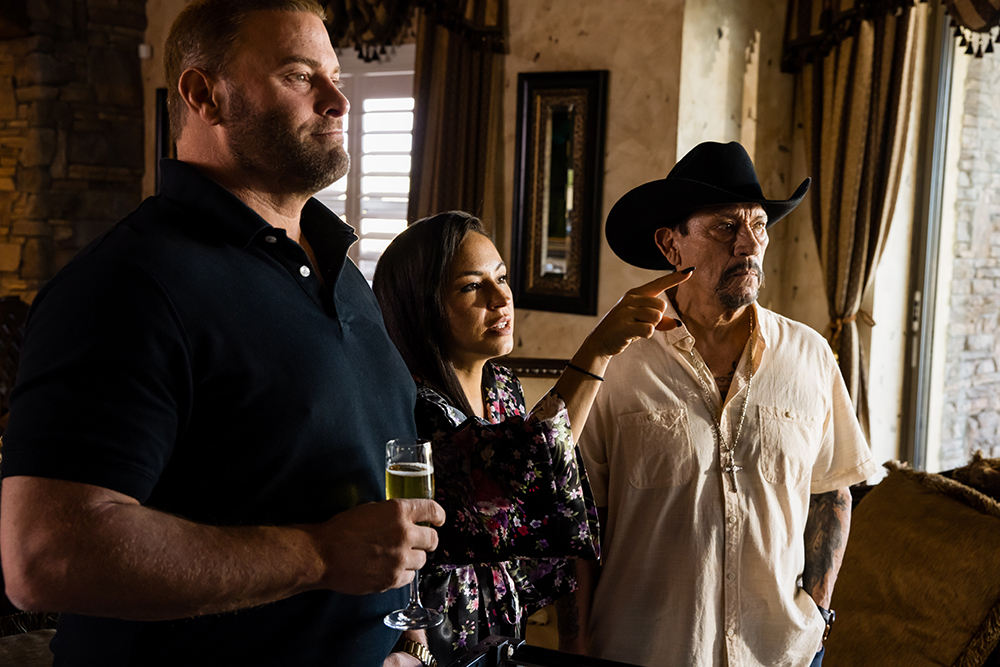 Q :  What can you tell us about your filming locations ?

Phillipe A. Haddad : the filming locations were in the desert of Las Vegas and also in the city of Las Vegas we wanted that because we wanted to do a lot of desert shots a lot of shooting in the desert and we also had a lot of great locations, some houses and mansions and things you know so that was really the we shot exclusively there with one scene before here in Los Angeles where we had a yacht and it was you know one of the scenes with Maurice Compte but other than that it was all Las Vegas.

Q :  What were your main sources of inspiration, some movies, some books ?

Phillipe A. Haddad : because i would you know a lot of all the narcos i studied all you know from Chapel to Pablo Escobar to that and you know a lot of these people are very similar you know we put narcos and robbers and mafia into in different categories but to me they're all the same you know. So i took you know Al Capone and the other one and then of course i put an element of myself of wanting to find myself in the character and wanting to find a character myself so it's a little bit of things a lot of things.

Q :  Which are for you the good ingredients to create a good drama movie ?

Phillipe A. Haddad : i think, it's everything to be perfectly honest with you everything is equally important you know script is king as they say but then the characters also need to be relatable people need to identify with the characters but it also needs to be well shot if not people aren't going to put attention into it so all of it is really important every element is equally important it's like a chain every single one even a small chain holds the other one so you know they're all important.

Phillipe A. Haddad : i think, it was very challenging to both. You know this project started with me, it was my idea of wanting to do this project and i think a big an important ingredient in being successful is hiring the right people. You have to hire them and then you also have to be confident in their ability to be able to do the job so you have to trust them because if you're too on top of them then they're not doing their job either so you have to also let them do their job so it's a good balance of being involved but at the same time being detached and trusting you also have to be very persistent because you know you're going to meet a lot of resistance in this business so you have to be you have to be you know consistent. 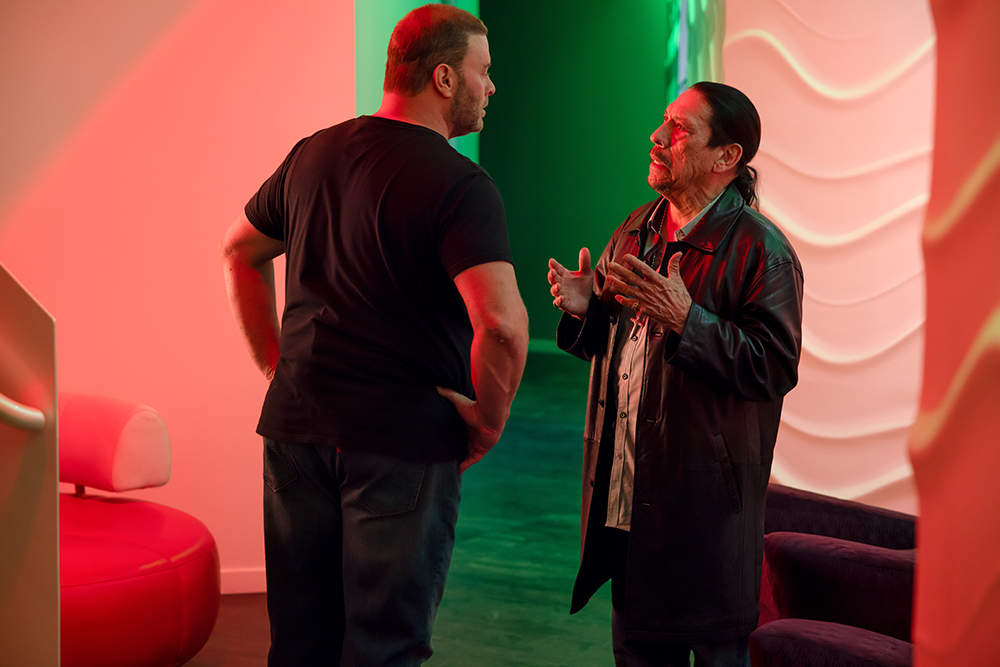 Q :  What did you learn and retain from this film ?

Phillipe A. Haddad : you mean from a producer standpoint or from the story.  From producer, i have a book this thick this from especially from the production with contracts and agreements and percentages and things it's i can't even name all the things that i learned as a producer. As an actor, i learned how important it is to be connected to your scene partner which i mean you know these things as an actor but. You know you do a movie and it reminds you of how important it is to always be connected and to be. You know putting your action on the other character because film sometimes you film it differently and sometimes it's by yourself and you can be very into yourself and this makes the acting not very good. So you have to always be on the other person.

Q :  Which are your currents projects ?

Phillipe A. Haddad : i have a lot of things in the works. i'm trying to get a lot of things off the ground. the next one is a project called Brando like Marlon Brando. it's about a man who suffers from schizoaffective disorder and he believes that he's Marlon Brando so he thinks you know. he speaks like Marlon Brando and the mother keeps him downstairs in the basement. She doesn't let him go get treatment with the doctor and then he escapes the house finally and the adventures begin.

Synopsis:
The story of the rise and fall of the first American-born drug lord in Mexico, this tale of power, money, greed and betrayal amongst rival members of the drug cartels finds American gangster Erik Vasquez (Philippe A. Haddad) scheming to become the top dog in the Mexican underworld, only to find himself making enemies out of both the powerful cartels and his own allies. 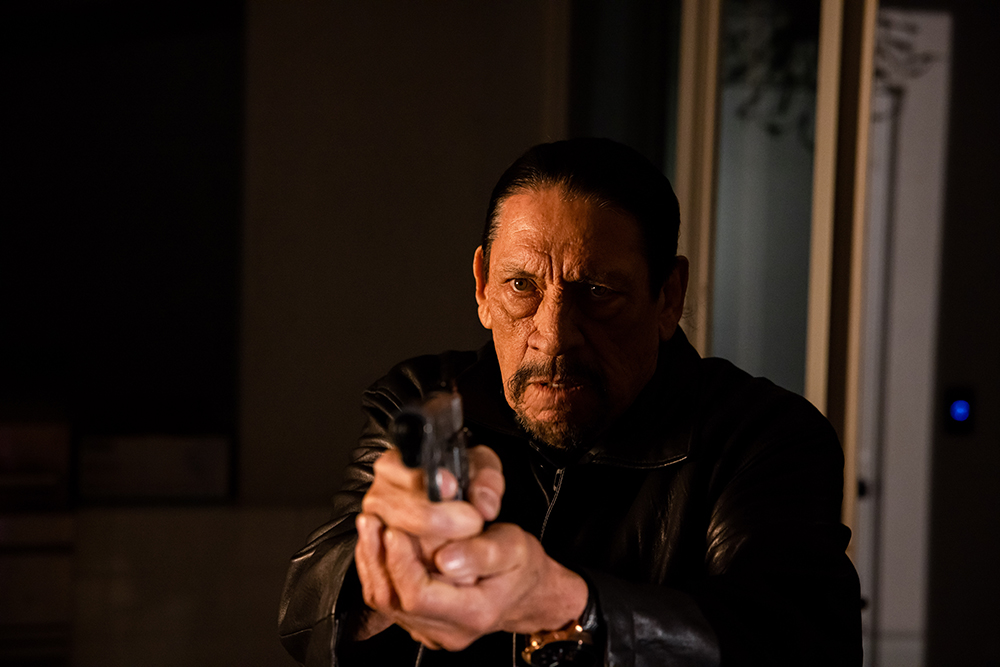