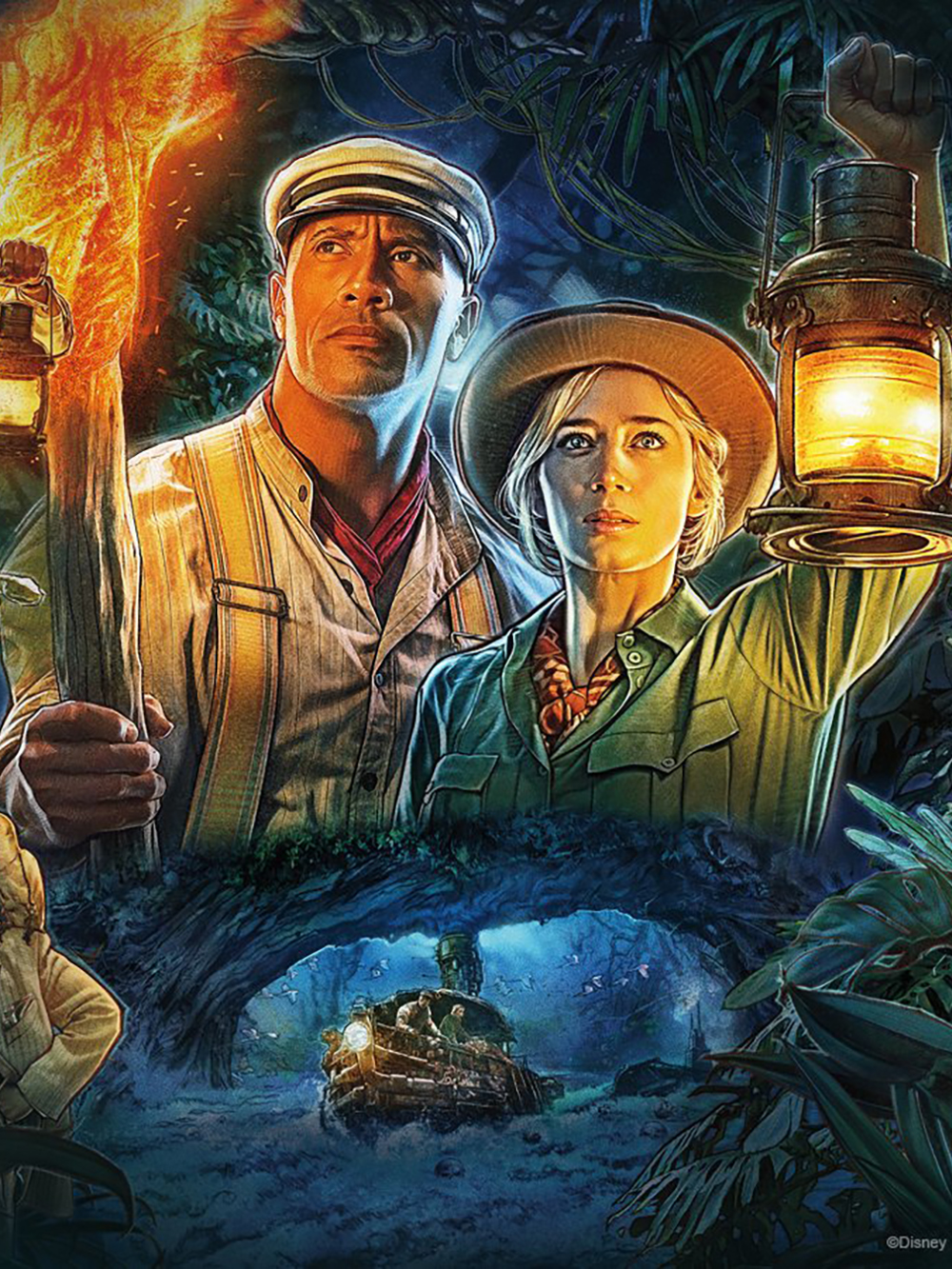 The world premiere of Jungle, a fast-paced, high-speed Disney adventure that takes viewers deep into the Amazon jungle, was held today at the Disneyland Resort in Anaheim. Actors Dwayne Johnson, Emily Blunt, Edgar Ramírez, Jack Whitehall and Veronica Falcón, director Jaume Collet-Serra and producers John Davis, John Fox, Hiram Garcia, Dany Garcia and Beau Flynn walked the red carpet around the Jungle Cruise attraction - one of the most popular attractions in Disney's parks - whose tour was the starting point for the screenplay written by Michael Green, Glenn Ficarra and John Requa. Many fans came to see the film, creating a great buzz around this great family film that will bring exoticism and freshness to the heart of summer! 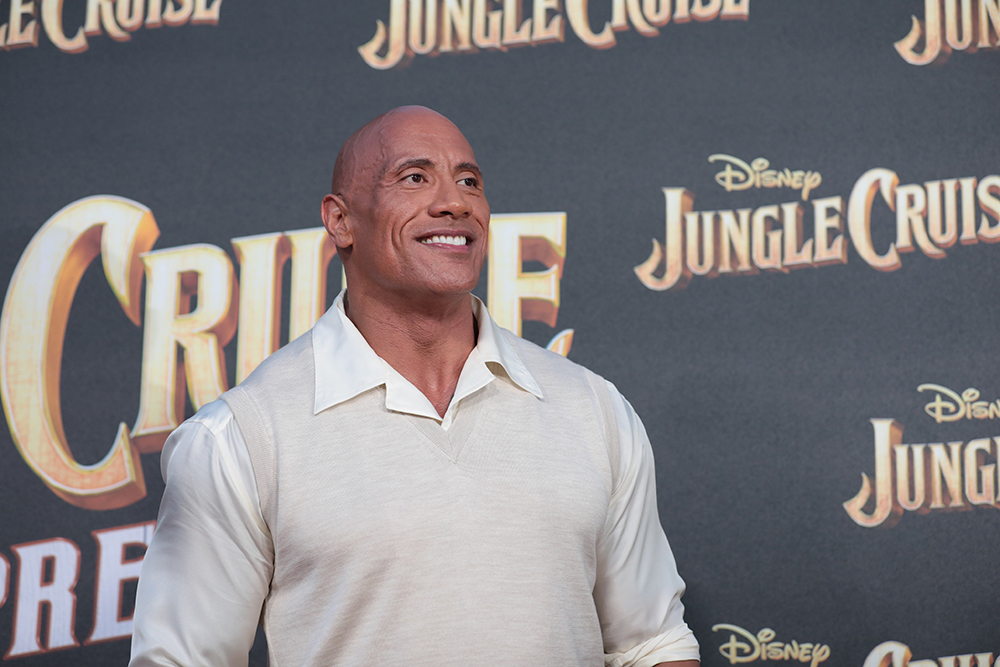 Jungle Cruise is a fast-paced, high-octane Disney adventure that takes viewers deep into the Amazon jungle. Directed by Jaume Collet-Serra, Jungle Cruise stars Dwayne Johnson, Emily Blunt, Edgar Ramirez, Jack Whitehall, Jesse Plemons and Paul Giamatti. John Davis, John Fox, Dwayne Johnson, Hiram Garcia, Dany Garcia and Beau Flynn are the producers, and Scott Sheldon and Doug Merrifield are co-producers. Based on a story by John Norville and Josh Goldstein on the one hand, Glenn Ficarra & John Requa on the other, the script is by Michael Green, Glenn Ficarra and John Requa. 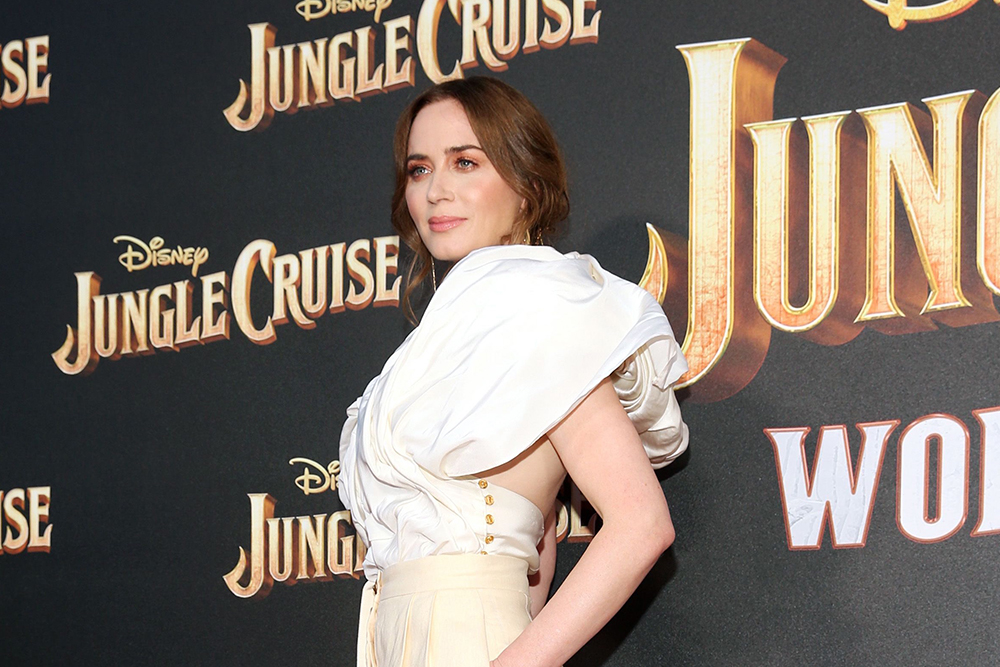 In August 2015, it was announced that Walt Disney Pictures was redeveloping a film adaptation based on Jungle Cruise, to star Dwayne Johnson. The previous screenplay, originally written by John Norville and Josh Goldstein, was rewritten by John Requa and Glenn Ficarra, and the film produced by John Davis and John Fox, with the intention of returning to its period roots.  In April 2017, Johnson expressed interest in having Patty Jenkins direct the project, but in July 2017, Jaume Collet-Serra was announced as the film's director. In January 2018, Emily Blunt was announced as a key cast member. That same month, Michael Green reportedly rewrote the script, previously worked on by Patrick McKay and J.D. Payne.  In March 2018, Jack Whitehall was cast as the brother of Blunt's character. In April 2018, Édgar Ramírez and Jesse Plemons were added to the cast as villains, the former being "a man with a conquistador background."  In May 2018, Paul Giamatti was cast as a "crusty harbor captain."  In June 2018, Quim Gutiérrez joined the cast as one of the villains. 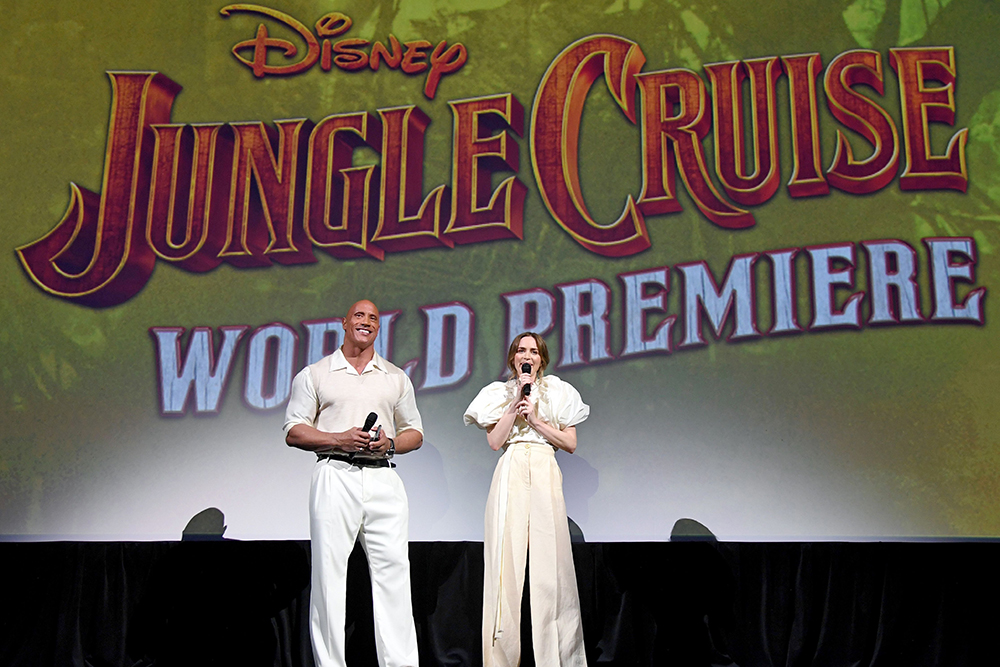 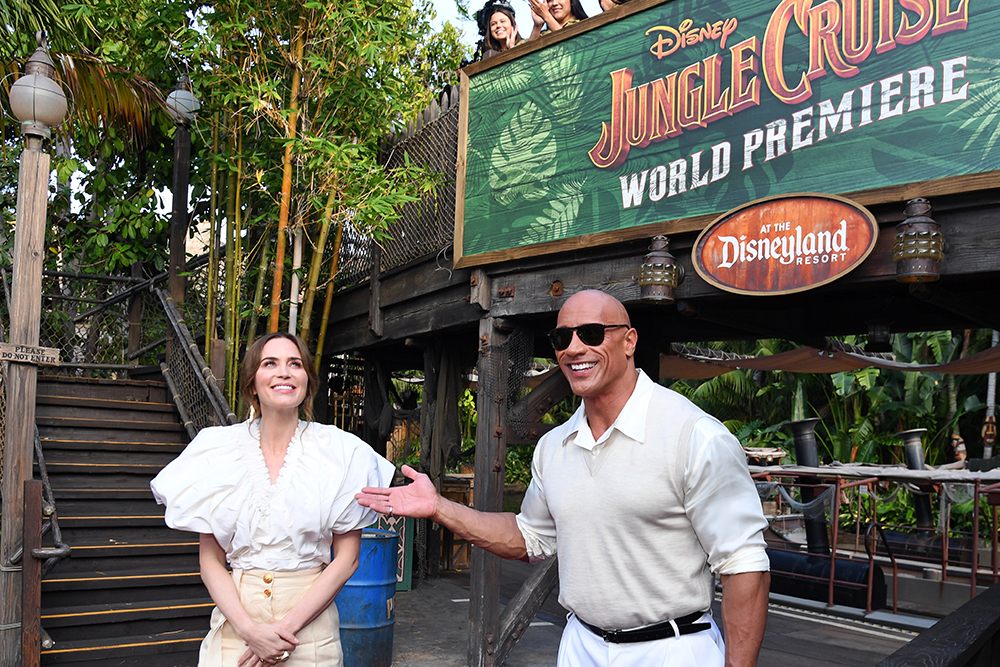 Just below some interviews done during the official red capet : 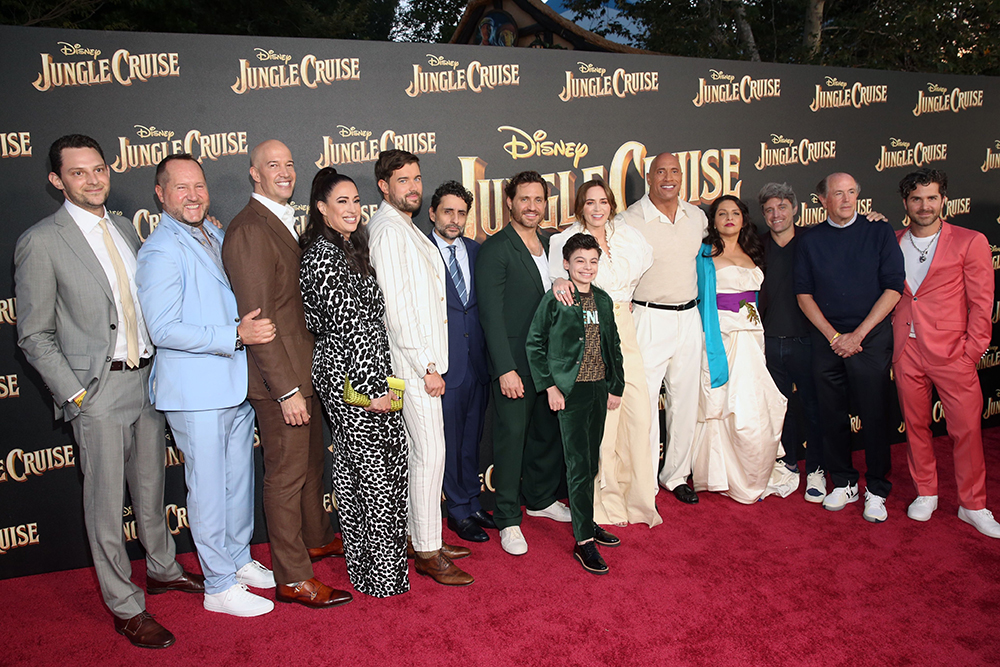 Synopsis:
Intrepid researcher Dr. Lily Houghton leaves London for South America in search of a miraculous cure. To sail down the Amazon River, she hires Frank Wolff, a shrewd captain as dubious as his dilapidated old raft, La Quila. Determined to discover the age-old tree whose extraordinary healing powers could change the future of medicine, the two embark on an epic quest. The unlikely duo will team up to face countless dangers - not to mention supernatural forces - hidden beneath the lush splendor of the rainforest. As the secrets of the lost tree are gradually revealed, the stakes become even higher for Lily and Frank. It's not just their fate that's at stake, but that of all humanity... 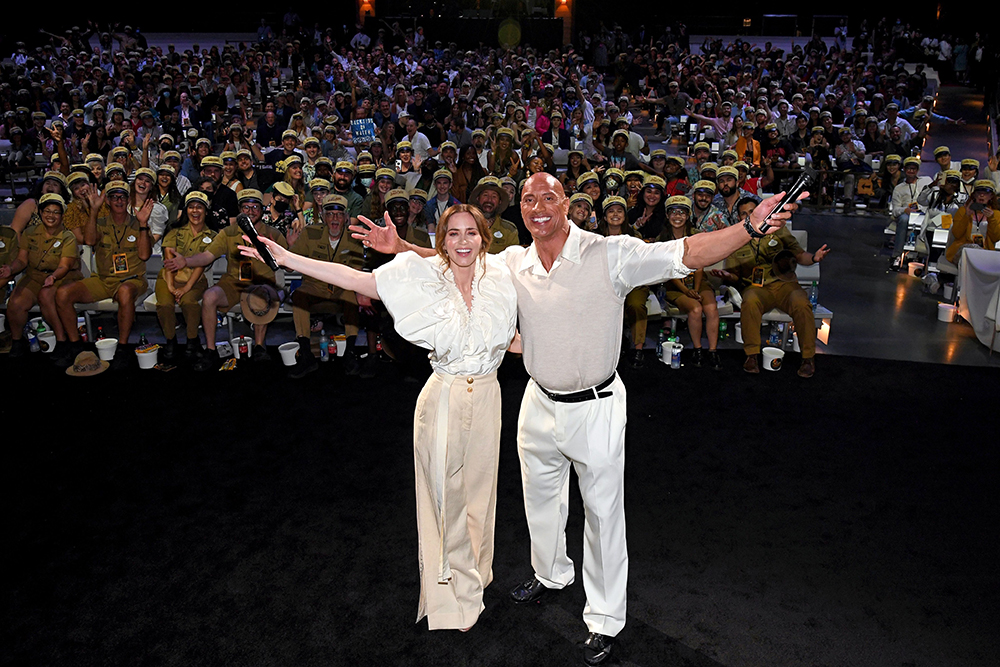