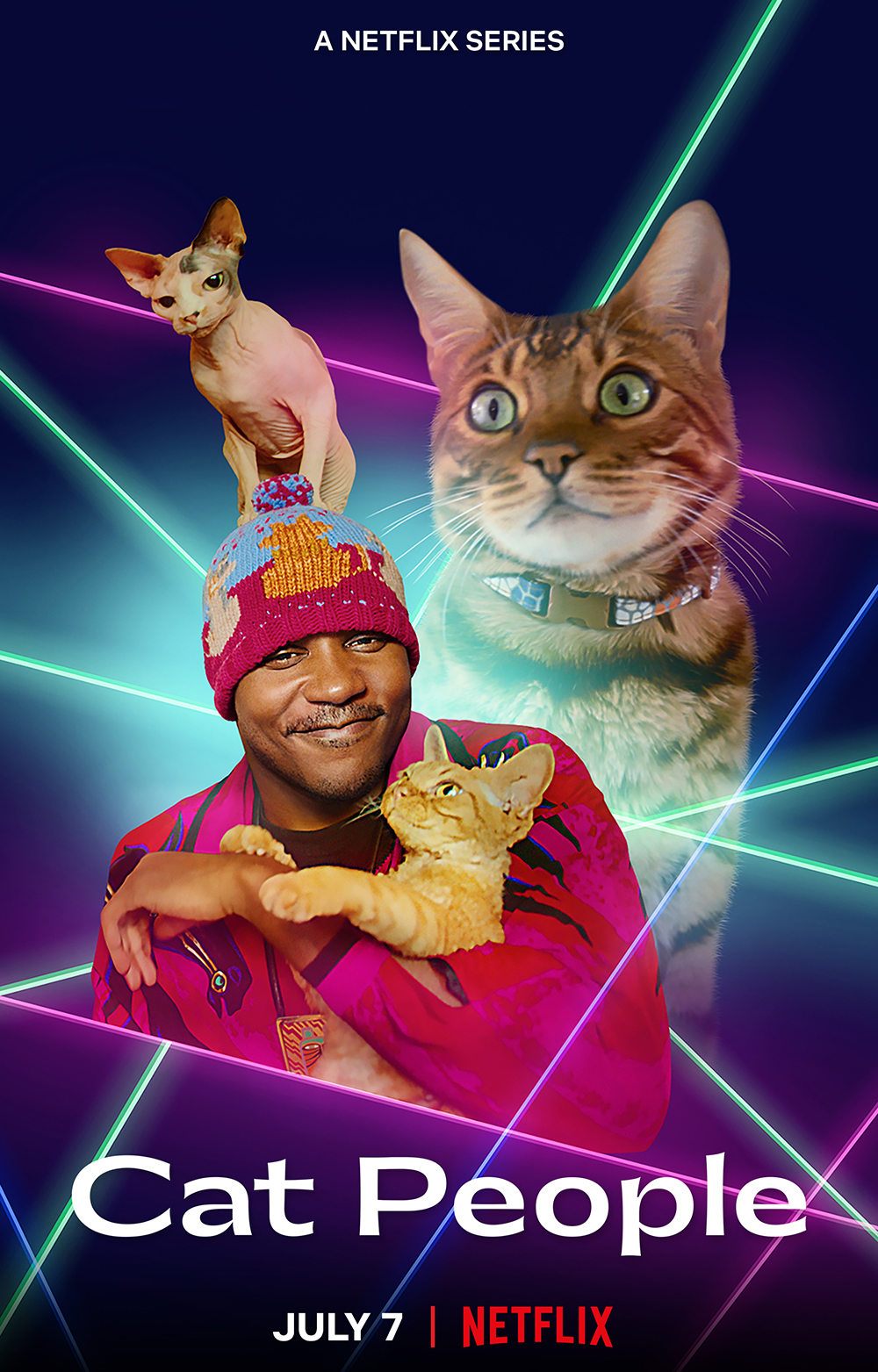 Dogs may get credit for being humanity’s best friend, but to many people cats are just as much our loyal partners — even though if you asked cats they might not admit it! Cat People explores our fascinating relationship with cats through the lens of some the most remarkable, and surprising "cat people" in the world, defying the negative stereotypes of what it means to be a cat person while revealing the fundamental truths of what it means to have deep bonds with these fiercely independent, mysterious creatures.

We had the opportunity to talk with the producer Glenn Zipper about the New Netflix documentary series Cat People.

Q :  Hello Glenn. To begin, I would like to say that I have passed a good moment to watch the new series Cat People. Please can you introduce yourself and tell us a little bit about your background ?

Glen Zipper : Well I'm Glen Zipper. I’m the creator and executive producer of Cat People on Netflix, premiering on July 7th i am a producer of documentaries i've been doing it for well over 10 years and cat people is the follow-up to our other series Dogs on Netflix which premiered three years ago and the second season of Dogs will be premiering on the same day as Cat People.

Q :  In this specific time, how difficult is it actually to create a new documentary series ?

Glen Zipper : Well coming out of the pandemic and while we were in the pandemic, it was quite difficult because you're dealing with real people every day, and you're having to go into their lives and anytime you were introducing new people into people's bubbles, you were exposing them potentially to risk. So we had to be very very careful. We had to follow all the covid protocols and have the smallest crews possible which sometimes is difficult, but we managed to pull it off.

Q :  What was the biggest challenge that you have met on this new series ?

Glen Zipper : Well the cats. Cats not always, cats are not always cooperative. A bit easier with dogs. Dogs are always aiming to please us; cats it's sort of like getting an actor out of their trailer—they’re going to come out when they're ready to come out—so we had to go in and wait for the cats to be ready to be around us, and it required a lot more patience than we're usually accustomed to. 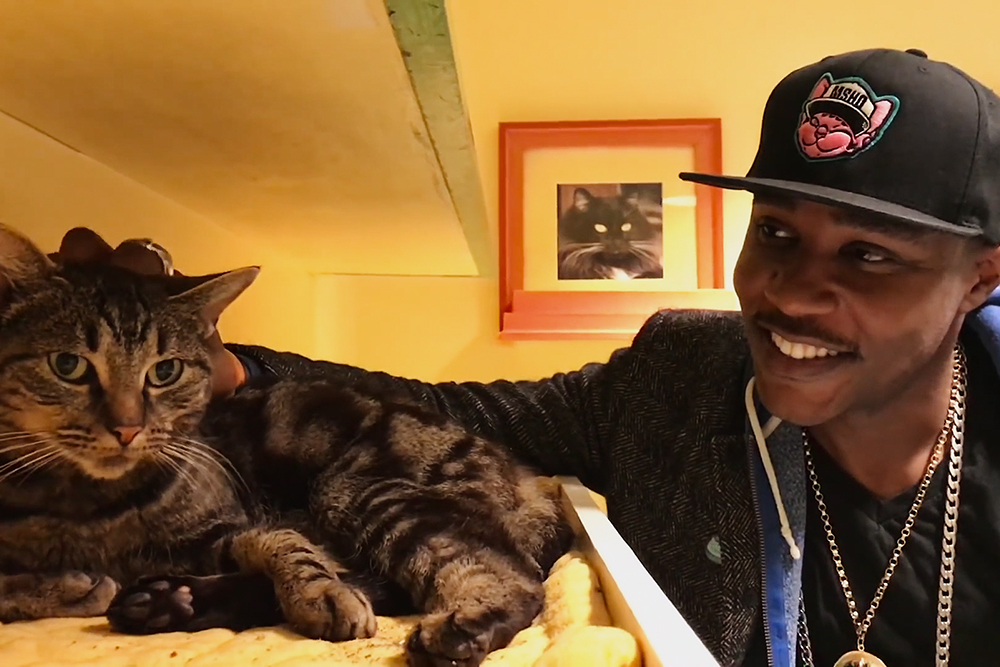 Q :  Which are for you the good ingredients to create a good documentary series ?

Glen Zipper : This is always about finding characters that you like and that you want to spend time with because when you're telling a story, if the people who are telling the story or taking you through the story are people that you don't want to spend time with it's going to get pretty boring and painful pretty quickly, and then you're going to want to change channels and go to something else. So the work is really done at the front end before we even roll a frame of footage which is finding the right people, casting the right people. And i think we did a pretty good job with cat people. Audiences are really going to love meeting our subjects.

Q :  What do cats represent for you in general ?

Glen Zipper : Well cats for many people are mystical creatures ;they represent a lot more than just their physical embodiment in our world. They're sort of..uh… if a cat will accept you, it almost feels like you're being accepted by a greater force; it's a real validation of you and yourself and your life. And also having a cat who is otherwise independent telling you that they want to be part of your life and they want to share their life with you, that's another thing that really feels good to be able to have in your life and to be able to share that with a cat. 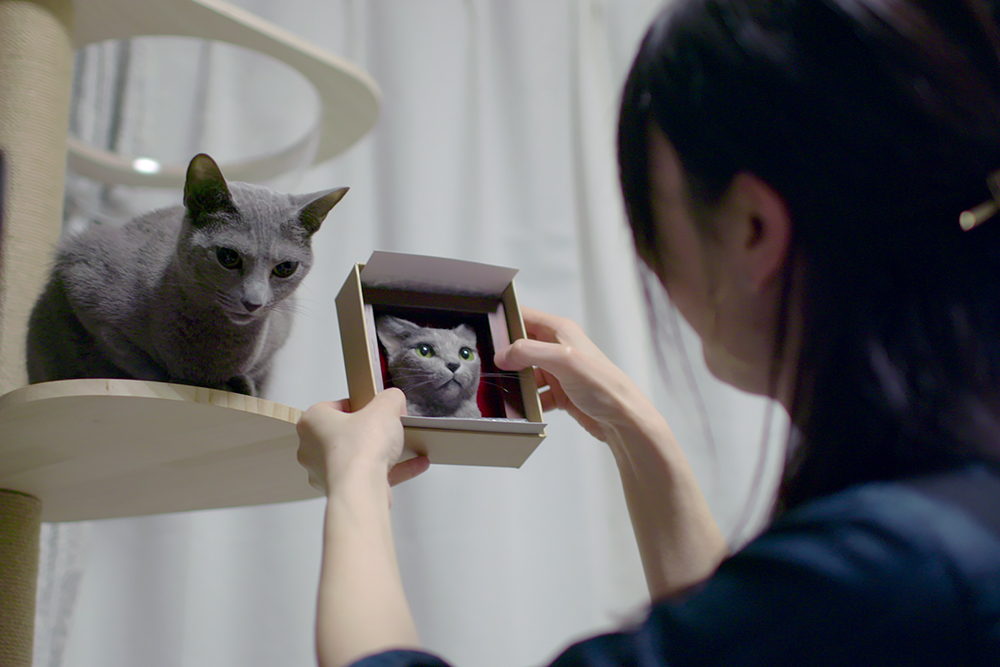 Q :  How were the main people chosen for the 6 episodes ?

Glen Zipper : How do i choose them? Got it, well again it goes back to having characters that people are really going to like—and not only just liking these characters, but they have to be going on journeys that are interesting and have a beginning, middle ,and an end—and have a satisfying payoff.  So we need to go through hundreds of stories to find the six that we thought audiences would enjoy the most our series.

Q :  How the series Dogs helped you to find the good approach for Cat People ?

Glen Zipper : I'm not really sure. I think you know the ingredients for making a great documentary series are usually the same; it's about really investing yourself into these stories, making yourself available to be there to capturing everything that happens, and also gaining the trust of your subjects so they let you into their lives. And I think it's the approach, the same approach in almost every documentary series that we work on. 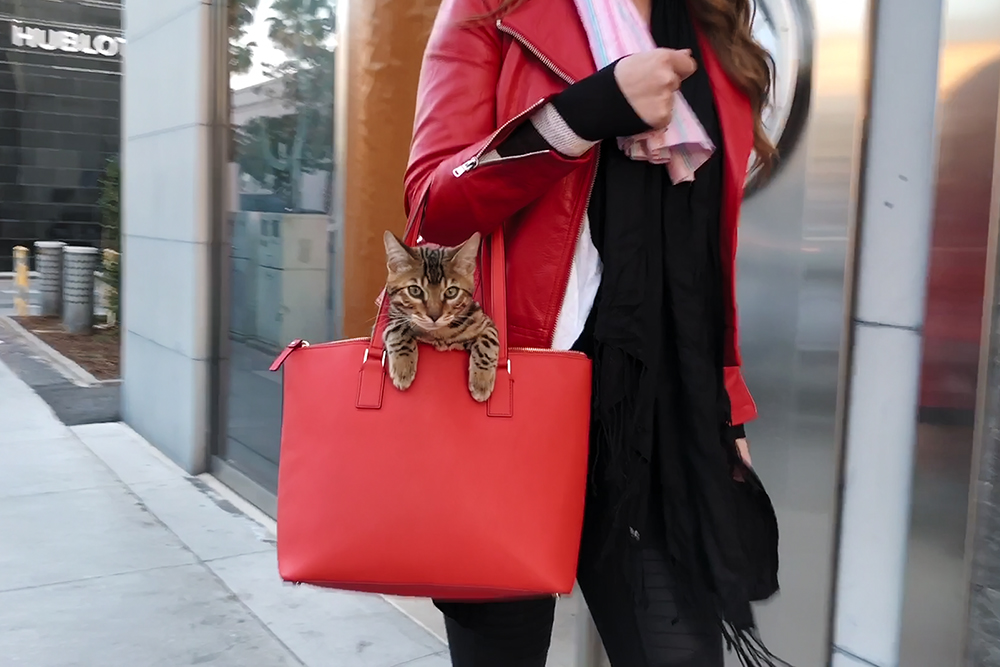 Q :  According to you, how can we explain that cats are so popular on youtube ?

Glen Zipper : I think it's because cats tend to do things that are cute and funny in very short bursts, so a cat might um knock a glass off a table because they like to do stuff like that, and if you can capture that on camera it's pretty funny most of the time, even though somebody's got to clean up the mess. But that only takes three or four seconds. But on social media people really don't have the attention span for anything more than three or four seconds, so i think that the things that cats do or sometimes just a cat being cute—or not just being funny—it just seems to happen in a shorter time frame that lends itself to success in social media.

Q :  What you should be you the main duties of a good producer ?

Glen Zipper : Well that's really up to you and people like you. If everybody watches the show and really enjoys it and spreads the words on social media I'm sure we will have a season two, and I'd be excited to do that.

Q : Which are your currents projects and can you talk a little about the upcoming series UFO ?

Glen Zipper : UFO, yes that's a show obviously about UFO that we produced with J.J Abrams and Bad Robot, and that's really taking a close look at UFO phenomena over the years and also the recent disclosures about UFO. It's terribly exciting.  Just watching the cuts of it as we put it together has made my palms sweat and made me just nervous about what may be coming to our skies in the near future. And that'll be premiering on August 8th on Showtime.

we would like to thank Glen Zipper for answering our questions and Tiffany Malloy for allowing us to do this great interview.